Game-adaptation movies & films have always been a “question existence” for many people, especially gaming fans due to how low quality these films tend to become. However, there seems to be a shed of light for this kind of movie with a few actually good ones like Pokemon Detective Pikachu and the recent The Witcher Netflix series (although technically it adapted the novels, not the game series). And in case of Sonic the Hedgehog movie? It is surprisingly… good! The film totally clears our doubts, especially after that first disastrous Sonic design. So with no further ado, let’s begin our Sonic the Hedgehog review!

Good lord “that Sonic design” is finally out of the picture! 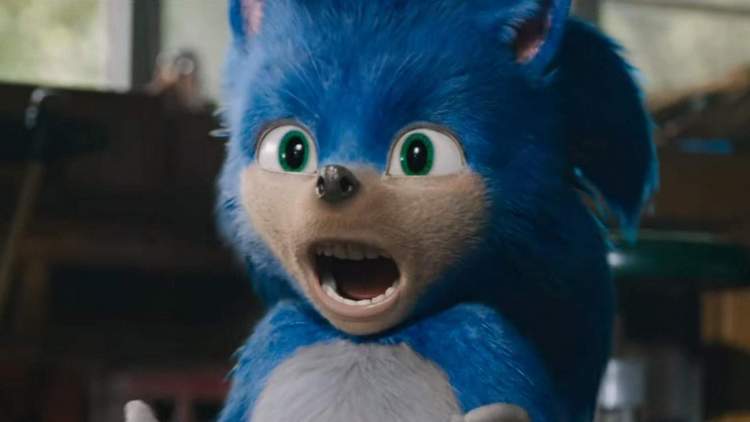 This is WRONG! (Source: Internet)

Despite being only a design problem, we believe this one element deserves its own honorable mention. For those who have followed this movie from the beginning, you definitely cannot forget that first… terrifying design of Sonic in the reveal trailer. For some reason, they believed it was a good idea to “humanize” Sonic (in an extremely bad way) and as a result, that Sonic looked so disturbing even for non-Sonic fans. The design was so bad that if it was truly used for the movie, everyone would be distracted and people could hardly see the good stuff in this film. 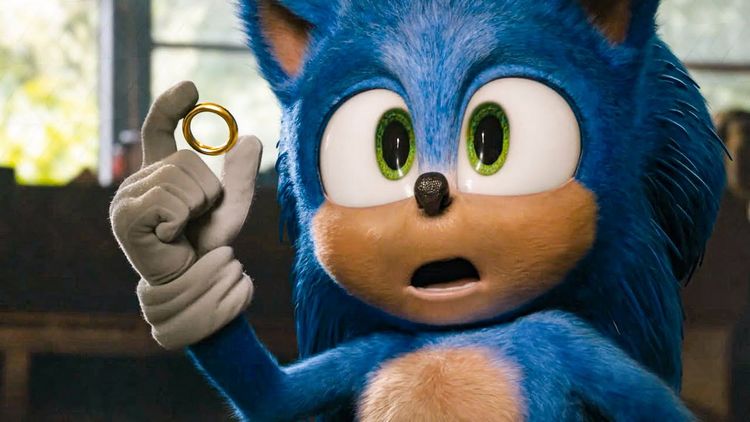 This is RIGHT! (Source: Internet)

Thankfully, the film-maker team had reconsidered and ultimately, they decided to redesign Sonic although the trailer and release date were revealed. The good news is: it is an excellent decision. This new Sonic in the movie finally stays true to his original game design. Combining with the great voice-over of Ben Schwartz, Sonic in this movie is actually pleasant to watch every time he appears.

So overall, kudos to Jeff Fowler and his team for this decision! 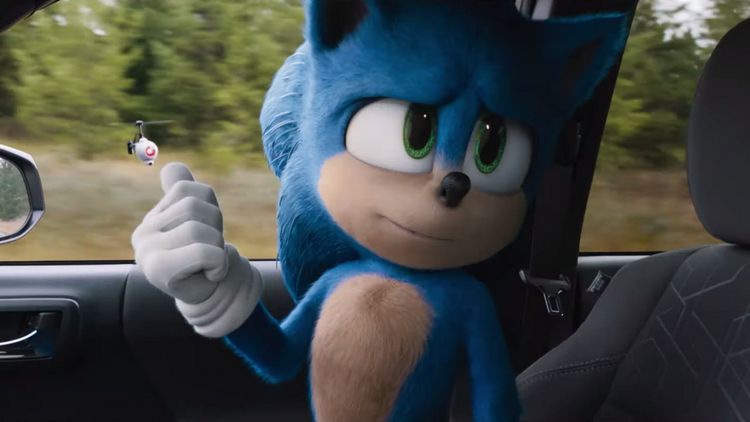 For starters, let’s be clear that if you want to see a deep, meaningful movie, you will not get that here. Sonic the Hedgehog is essentially a fun, entertaining movie for all ages and frankly speaking, that is a good direction.

To explain a bit without spoiling too much, basically, the film opens with Sonic (voiced by Ben Schwartz) in his world. Then somehow he accidentally gets transferred to our human world and meets a new character named Tom Wachowski (played by James Marsden). The government soon knows about his existence and determines to capture him, thus sending Dr. Robotnik (played by Jim Carrey) for the job. 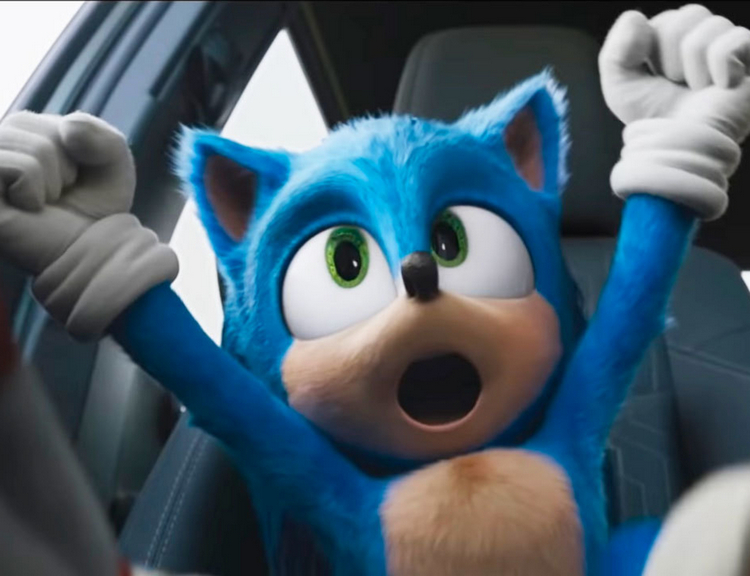 Again as you can see, this movie has a clear direction. It aims towards family entertainment and Sonic fans who want to have a good time. The storyline is rather cliche, and there are not many surprises throughout the film. But what they did right though was to do justice to Sonic fans and stay true to their goal. It does not feel like a cash-grab and honestly speaking, we can sense a great passion here. It feels like the film-makers do care about the characters, they understand how to give these iconic characters right treatment. Like hell, they even brought in “Sanic” meme! That is great! That means they do take time and learn about the characters and the franchise in general!

Of course, this is by no mean a perfect movie. If we really think about it, there are several things which feel off. Like for example: the final resolution does not seem to actually solve anything. It is like “let’s pretend those bad stuff did not happen!” And also the ads, they are blatant. But luckily viewers will quickly forget them thanks to all the good things this film does right.

In general, you may not like the film if you are non-Sonic fans. But Sonic fans, it seems to please people a lot and that is a huge success. But even if you do not know Sonic well, you can still have a good time with your family watching it. 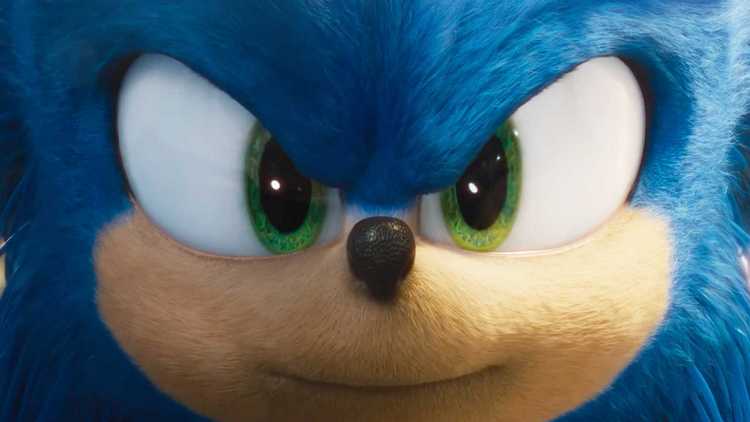 At this point, you may already guess that people are quite happy with the characters depicted in this film. Aside from the new character Tom Wachowski, the main focus are of course Sonic and Dr. Robotnik. And both of them are incredible!

Let’s begin with Sonic first. As mentioned above, Sonic got completely redesigned and the result is splendid. This new Sonic actually looks cute and he is loveable. He often has good jokes and many funny moments. His animation is better than what we thought at first (especially when we first looked at his first design). It may not be perfect, but it is absolutely serviceable and will not make you feel off. He also has great chemistry with the new character Tom Wachowski, making Sonic feels more human, more relatable. 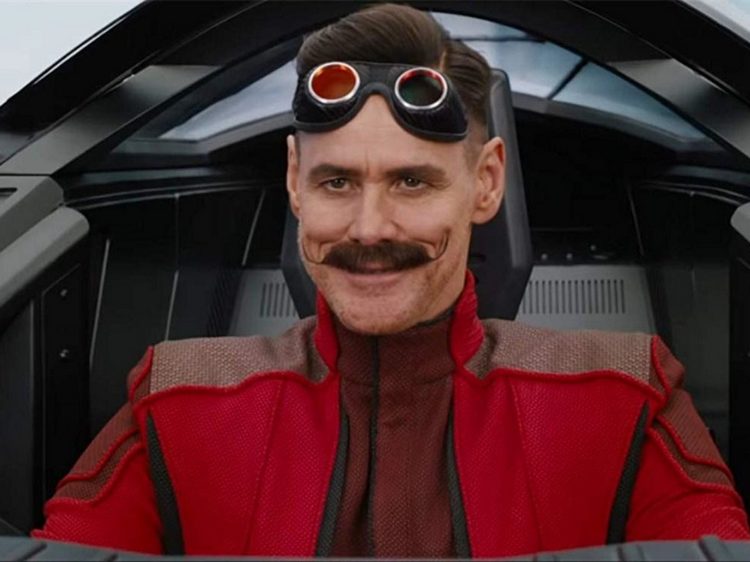 And then surely we cannot just ignore the main antagonist – Dr. Robotnik – played by Jim Carrey. If you are fans of Jim Carrey, then here you will see him in full “Jim Carrey” mode. He is all over the top, the character is crazy and manic. But that’s just how Jim Carrey should be. His acting is nicely fit with the character. Every time he appears, it is extremely fun to watch and Jim himself does look like really, really enjoying his time with the character.

Back in last year when the first Sonic the Hedgehog came out, everyone was terrified and scared of how this movie would become due to the bad Sonic design. Even when film director Jeff Fowler claimed that the team would redesign Sonic, the reception towards the film still did not get much better. But now, we can finally breathe easy and say that: Sonic the Hedgehog is a great Sonic movie! It is fun, it is enjoyable for both adults and children alike. And on top of all, it does great justice for Sonic fans and this is a good example for all film-makers who want to adapt games into films in the future.

But what about you? What is your Sonic the Hedgehog review? Feel free to share with us and for now, thank you and stay tuned for more news in the future!