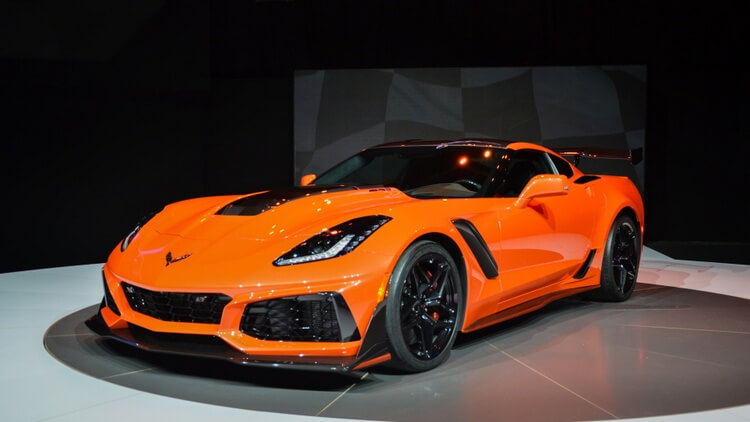 Back to 2013, Chevrolet took the world by storm with the return of 505-horsepower 2013 Corvette ZO6. Then in the next generation, they did it again with an even more powerful 2015 Corvette ZO6 with the 650-hp LT4 engine at its heart. And if you are a fan of the ZO6, the 2018 Chevrolet Corvette ZR1 will give you even bigger surprise.

2018 Corvette ZR1 is arguably the most powerful Corvette to date in both power and technological advancement. It is truly a bestial front-mid engine sports car with the insane 755-horsepower package which will surely blow out mind away on track. Not only that, the ZR1 also comes with various upgrades like additional low wing, underwing for additional downforce, and 4 new front outboard radiators and a new front low-temperature radiator to help cooling the monstrous LT5 engine.

For the best performance, the Corvette ZR1 gets the ZTK Performance Package which adds a towering, adjustable carbon-fiber rear wing and extra vertical fins at each end of the front splitter. Based on what we have seen, the 2018 Corvette ZR1’s capability seems to be pushed to its most extreme level to date. But how exactly good it feels on track and road? It is time to take it out for a ride! 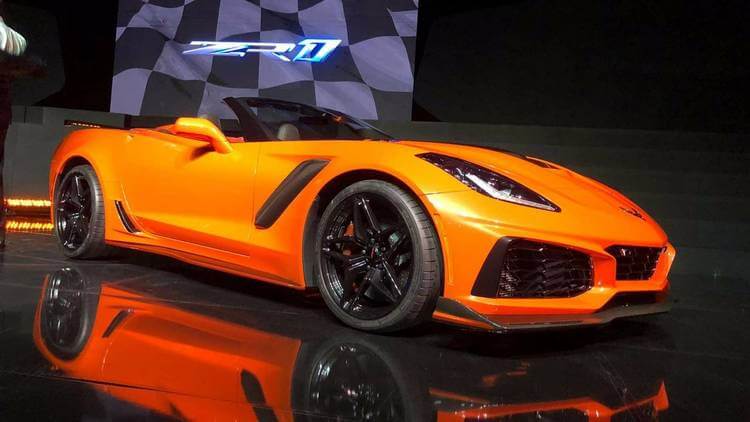 Coming to this 7th generation, the 2018 Corvette ZR1 brings out quite a lot of detail changes in exterior design. For example, we have the carbon-fibre side curves which looks really cool and also curved in enough so that we will not step on them. Or we have the front underwing technology borrowed from the race car.

But the 2 most significant changes must be the hood and the rear. Aside from the aggressive styling, we cannot help but getting curious with its hood design. Looking closely, we will see the hood sticking up about 4 inches. Turns out, its hood actually has a huge hole in its center, which means we can directly see the engine out in the open! To answer this curious (and also really cool) design, Chevrolet explained that it is due to the crazy LT5 engine and especially that massive supercharge. Unfortunately for the European customers, this 2018 ZR1 does not follow the rule which forces all cars to have a layer covering the engine. 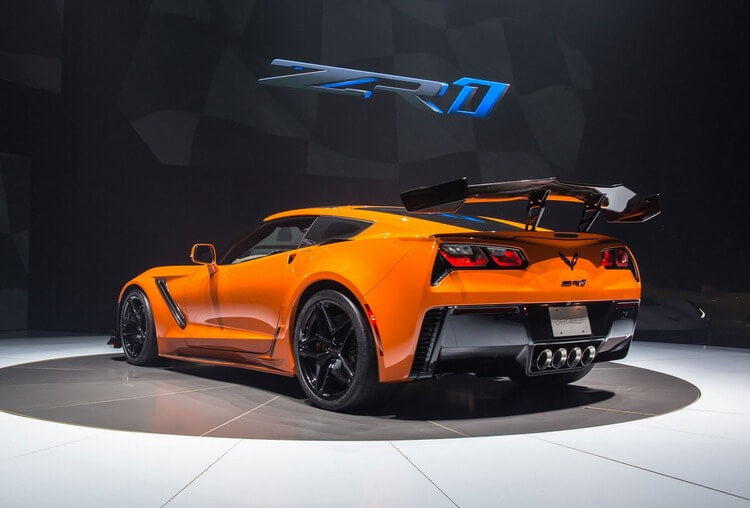 If we have ZTK Performance Package (which we really should), the ZR1 will also feature a massive rear wing specifically designed with the rear trunk, in which the wing’s mounts stab right through the ZR1’s bodywork and bolt to the space-frame directly. The space between the trunk lid and the wing fits quite nicely, which is only small enough for human fingers. While it looks quite cool, it can be a bit inconvenient for packing stuffs. But if what we want is a track-focused sports car, this should not be much of a problem. 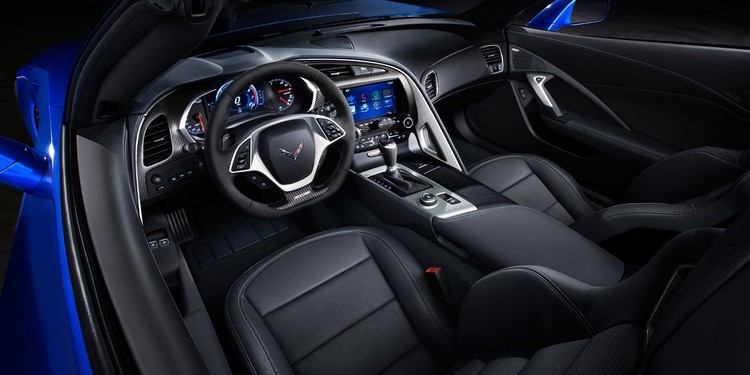 Right off the bat the 2018 Chevrolet Corvette ZR1’s interior design feels familiar including the materials and the switchgear. The driver seat feels pretty much similar to the Stingray. And talking about the seat, it also features heating or cooling options which can be activated even before we get inside the car.

The view is actually decent despite the massive supercharger appears right on the hood. The high wing is also designed precisely so that it does not block the rear view. If we look from the rear view mirror, the wing is hardly visible. 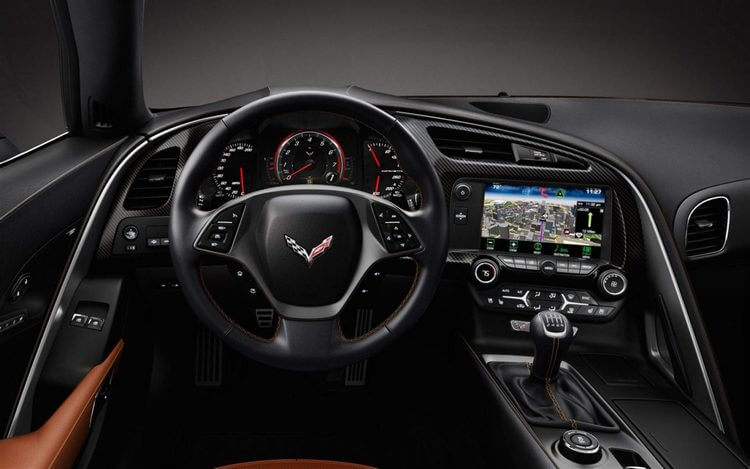 The 2018 Corvette ZR1 is arguably the most powerful and also the most technological advanced Corvette. And true, behind the wheel is a fest of many advanced and quality-of-life options. First off, we have the display cluster which features tons of information such as engine hours, lifetime revs, g-force, temperature, and more… Coming to the center infotainment, we have many, many interesting options like 5-day weather forecast (quite curious at least for sports cars of this caliber) and Teen Driver mode. The infotainment screen can be lowered down, revealing a small storage space inside.

For track-focused drivers, the ZR1 also features a camera which built up above the driver’s head, including Valet mode record which will capture video and track data at ease. The Performance Data Recorder will record our driving sessions with real-time performance data and save them in an SD memory card, allowing us to review, analyze our performance and improve ourselves in future drives. 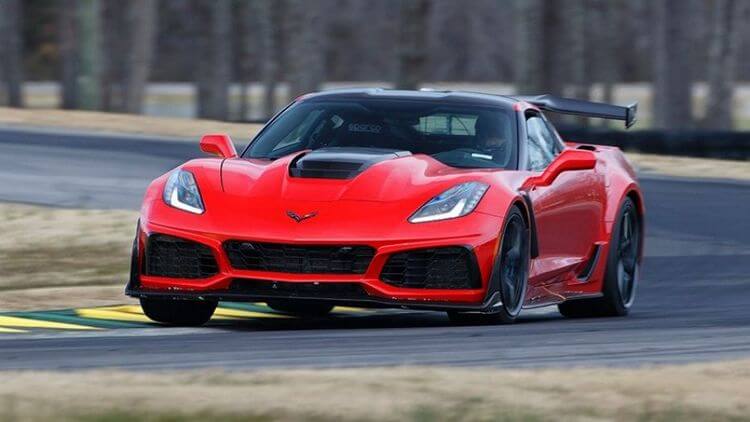 The power of 755 horsepower (Source: Internet)

Talking about powertrain of course we must talk about the heart of the beast here: the 6.2-litre LT5 supercharged V-8 engine. This LT5 engine features a massive Eaton supercharger dressed in a carbon-fiber cover. It is literally too huge, too tall that it sticks out of the hood which explains why there is a big hole right in the middle of the hood panel. So how powerful it is then? Well, what we get is a monstrous 755 horsepower and 715 lb-ft of torque, which is 105 horsepower and 65 lb-ft higher than the LT4 from the ZO6. With such wild 755 horsepower at its disposal, the ZR1 can surpass the Dodge Challenger SRT Hellcat, or even the McLaren 720S, Ferrari 488 Pista, Lamborghini Aventador S, and Porsche 911 GT2 RS. How crazy is that?

Putting the beast on track, it can blast the road within (or even less than) 3 seconds from 0 to 60 mph or within 11.0 second for quarter-mile times. What about the top speed? Well, prepare to hold onto your seat because it will be one hell of a 211-mph ride! Needless to say, this massive LT5 engine possesses tremendous acceleration and power. The huge rear wing provides a big boost to the ZR1’s downforce, allowing it to bring out much more power than the ZO6. As we can see, the ZR1 can hit 100 mph extremely quickly. Then at 140 mph, the beast still keeps pushing strong ahead and predictably it can hit the 160 mph mark with no problem. And of course we have to mention the sound: it is really cool, it feels thunderous and extremely amazing. 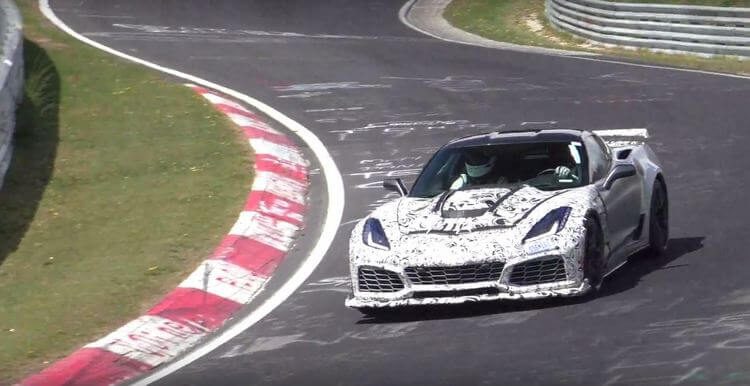 Putting the beast on track, it definitely feels much, much more furious than the ZO6. Its grip, braking, acceleration, everything can happen rapidly to the point that they can “mess us up” if we are not prepared. That so, the ZR1 never feels snappy or twitchy even within slower corners.

Braking is a strong point of the ZR1. The Brembo carbon-ceramic brake has similar setup to the ZO6; however, it gets enhanced front rotors and front brake pads which can tolerate more heat. The brake feels powerful and there is no sign of fade. Even in the top speed of 211 mph, the beast can still stop itself within 8 seconds (although the experience may not be pleasant for some).

Steering is yet another shining point of the 2018 Corvette ZR1. The grip is tremendous thanks to the Michelin Pilot Sport Cup 2s which comes from the optional ZTK Performance Package, replacing the standard Pilot Super Sports. Despite sharing the same size as the ZO6’s tires, the ZR1’s front wheel is 0.5 inch wider than the Z06’s which provide better stiffness around corners. Steering with the ZR1 feels extremely quick, direction changes feel instant. Especially if we ride the monster on track, there is double wishbone suspension allowing zero body roll in all 4 corners. 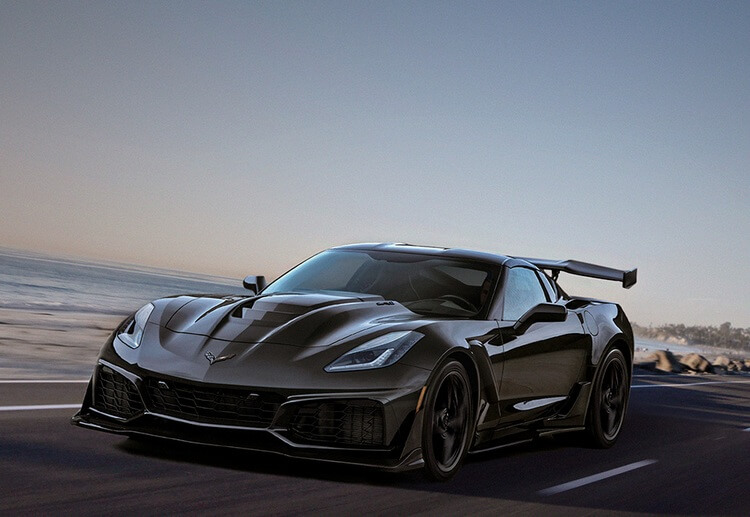 The ZR1’s handling is pretty much similar like the rest of the C7, but with better overall performance. The good thing is: with all that enhancements, 2018 Chevrolet Corvette ZR1 is rather approachable. It feels flexible, comfortable, and quite easy to get a hang of it. Despite having the heart of a monster (755-hp LT5), ZR1 is not a totally untamable beast. Just put it on track and we can feel its awesomeness right on the first lap. And as we get used to it gradually, we also get to learn how to master this monster along with all the goodness it offers. So now that we know its capability on track, what about its daily-drive capability? Surprisingly, the ZR1 also feels comfortable on road. Normally these kinds of track-focused cars are so hardcore that we would only want to use them on track. But here, driving the 2018 ZR1 on road simply feels like driving a more powerful Corvette. Therefore, we can drive it for every-day use at ease without realizing its true capability. 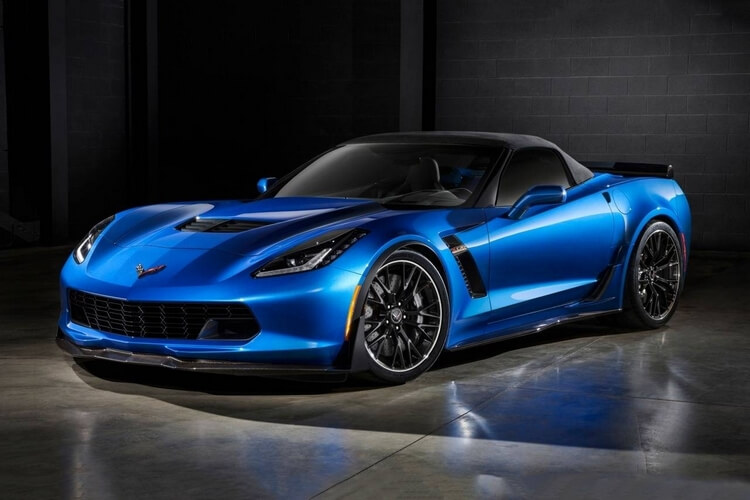 What do you think about 2018 Chevrolet Corvette ZR1? (Source: Internet)

Currently the 2017 Chevrolet Corvette ZR1 can fall into our hands at the base price of around $121,000. It is about $41,000 more expensive than a Corvette ZO6. However, this is still an asking deal considering the ZR1’s capability. Comparing the 2018 Corvette ZR1 with other sports cars of similar caliber, the price can be double or triple higher like the McLaren 720S starting at $290,000 or the Lamborghini Aventador S at the price of over $400,000. The Corvette ZR1 may not look as refined as those, yet its wild personality is probably what Chevy fans adore. And if some of us want to focus more on track use, the ZTK Performance Package at the price of $2,995 is definitely a good deal. So again unfortunately for most drivers in Europe, the 2018 Chevrolet Corvette ZR1 is more like an “US exclusive” only. But for the rest of us, the 2018 Corvette ZR1 will surely let you know what is a good deal on track.

And that’s it folks! What do you think of 2018 Chevrolet Corvette ZR1? Feel free to share with us and for now, thank you and stay tune for more news in the future!

One thought on “2018 Chevrolet Corvette ZR1 Review: The Strongest Corvette Ever Lived?”