A STAR IS BORN NEW TAB – Offered by FreeAddon 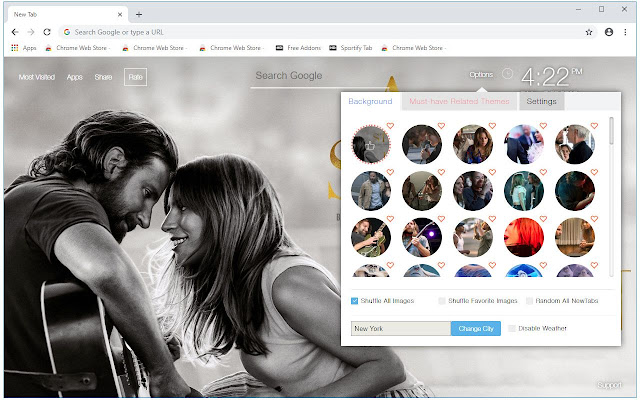 ★ Interested in movie themes like A Star Is Born? Visit our homepage for more HD wallpapers and newtab themes: https://freeaddon.com/ 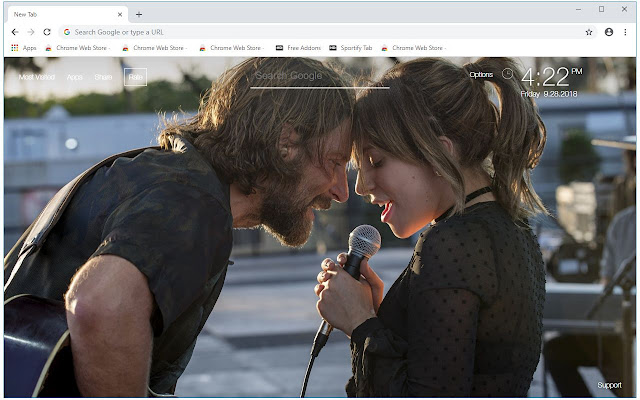 ★ What can you get from our A Star Is Born themes?

First, you can enjoy a wide range of wallpapers in HD quality. You can shuffle all pics, or, shuffle your favorite A Star Is Born pics only. You can also select Slideshow option and enjoy a cool screensaver with A Star Is Born wallpapers. And, you can use other free addon themes along with this new tab.

Second, the extension provides quick navigation to your most visited sites, Chrome apps like Gmail, or quick reminder with To-Do List right on the theme. Date, time and weather forecast can also be shown on A Star Is Born new tab if you need. 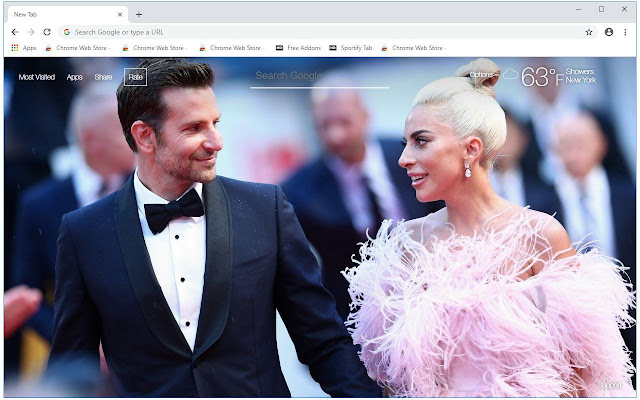 + A Star Is Born is a 2018 American musical romantic drama film produced and directed by Bradley Cooper (in his directorial debut) and written by Cooper, Eric Roth and Will Fetters. A remake of the 1937 film of the same name, it stars Cooper, Lady Gaga, Andrew Dice Clay, Dave Chappelle, and Sam Elliott, and follows a hard-drinking musician (Cooper) who discovers and falls in love with a young singer (Gaga). It marks the fourth remake of the original 1937 film (which was loosely based on the 1932 film What Price Hollywood?), after the 1954 musical, the 1976 rock musical, and the 2013 Bollywood romance film. 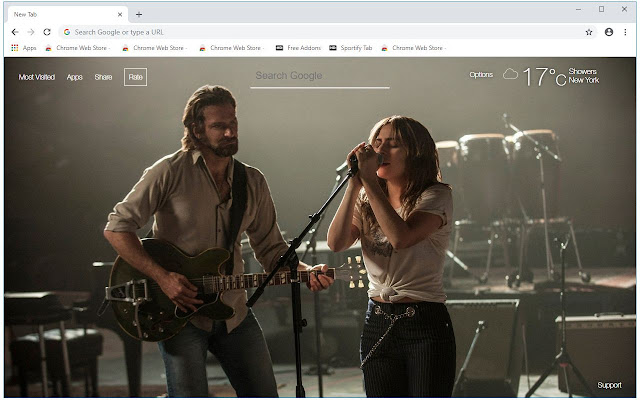 + Talks of a remake of A Star Is Born began in 2011, with Clint Eastwood attached to direct and Beyoncé set to star. The film was in development hell for several years with various actors approached to co-star, including Christian Bale, Leonardo DiCaprio, Will Smith, and Tom Cruise. In March 2016, Cooper signed on to star and direct, and Lady Gaga joined the cast in August 2016. Principal photography began at the Coachella Valley Music and Arts Festival in April 2017.
+ A Star Is Born premiered at the 75th Venice International Film Festival on August 31, 2018, and was theatrically released in the United States on October 5, 2018, by Warner Bros. Pictures. The film has grossed $156 million worldwide and received critical acclaim, with praise for Cooper and Gaga’s performances, Cooper’s direction, the screenplay, the cinematography, and the music. 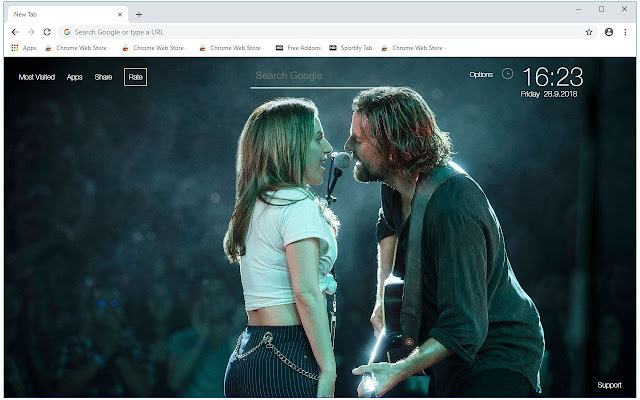