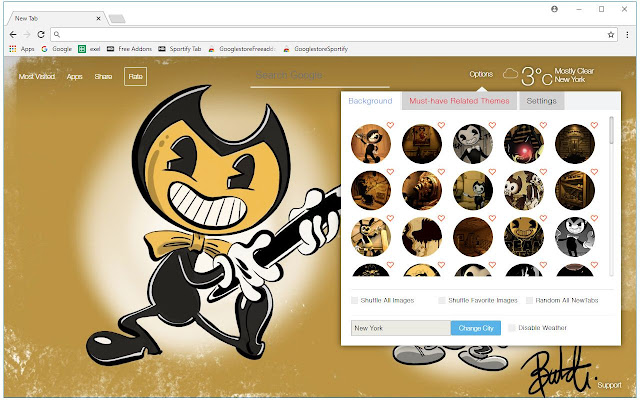 The extension is made by fans, for fans who like Bendy The Ink Machine, or indie games like FNAF in general… Visit our homepage for more HD wallpapers and newtab themes: https://freeaddon.com/ 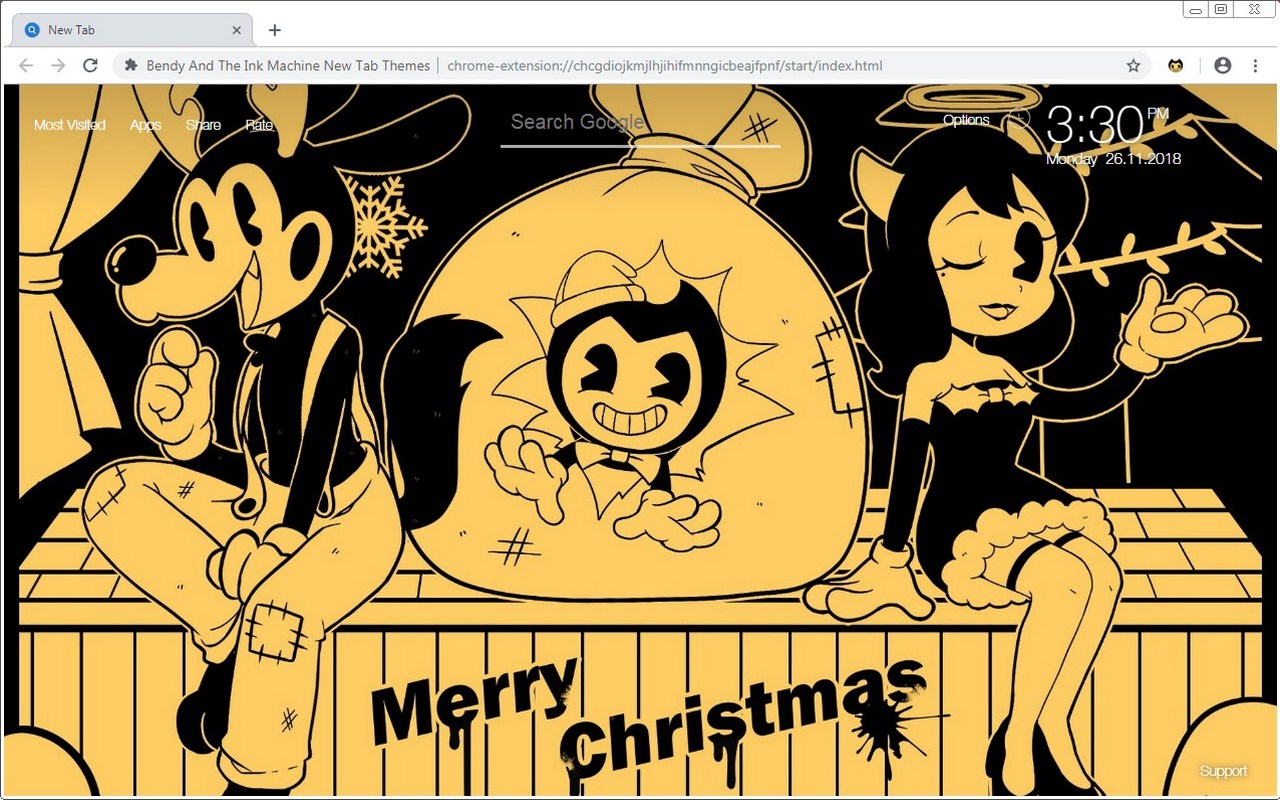 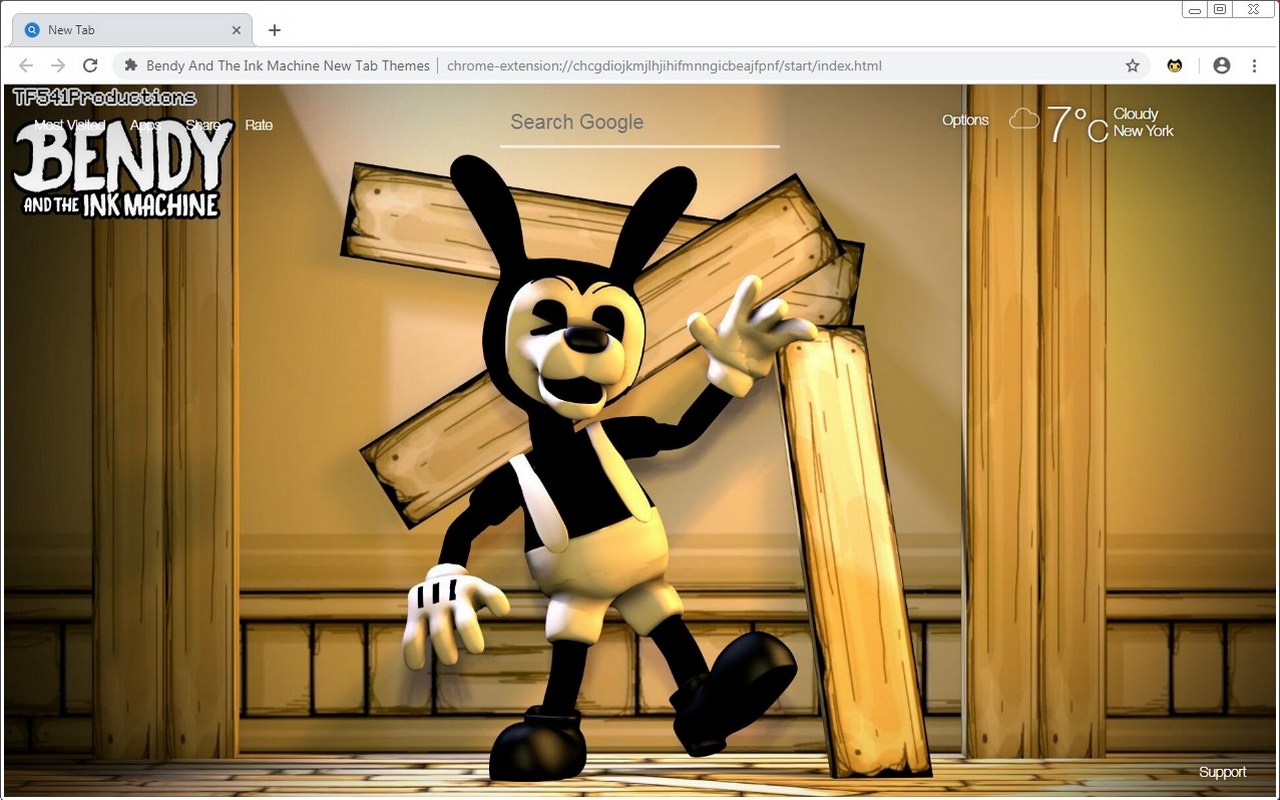 ABOUT BENDY AND THE INK MACHINE:

– Bendy and the Ink Machine is an episodic survival horror video game developed and published by TheMeatly Games. The game focuses on Henry, a retired cartoonist, who returns to the old studio he worked at upon an invitation from his old colleague, studio owner Joey Drew, and discovering numerous secrets about the abandoned studio, while being hunted down by Bendy, an ink monster that resembles the company’s most popular character. The game’s first chapter, Moving Pictures, was released for Linux, macOS and Microsoft Windows via Game Jolt on February 10, 2017, with a second chapter, The Old Song, together with a remastered version of the first one, following on April 18, 2017. After the game succeeded in its Steam Greenlight campaign on February 28, 2017,[1] both available chapters were released onto Steam on April 27, 2017. The third chapter, Rise and Fall, was released on September 28, 2017, and a total of five chapters are planned.[2] Mike Mood, the programmer, describes the game as an “accidental success.”[3]
– The game was announced to be published by Rooster Teeth Games for several consoles sometimes around in 2018 including PlayStation 4, Xbox One, and Nintendo Switch.

BENDY AND THE INK MACHINE FACTS:

– The game comprises of 5 Chapters, each Chapter is released on certain date. Currently 3 Chapters were released and Chapter 4 is expected to release soon this year.
– The game authors include The Meatly (Art director/Story writer) and Mike Mood (Head programer) originally made this game as a fun side project and they didn’t expect it to be so successful.
– The game got enough support only within 4 days on Steam Greenlight.
– Kyle Allen composed a song for the game and it actually featured in the game.