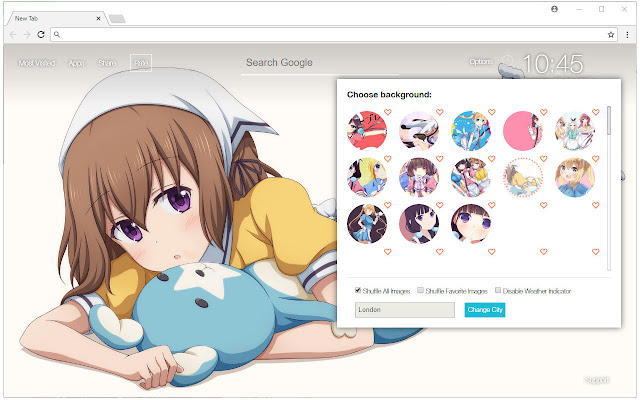 The extension is made by fans, for fans who like Blend S and characters like Maika, Kaho, Mafuyu, or anime in general… Visit our homepage for more HD wallpapers and newtab themes: https://freeaddon.com/ 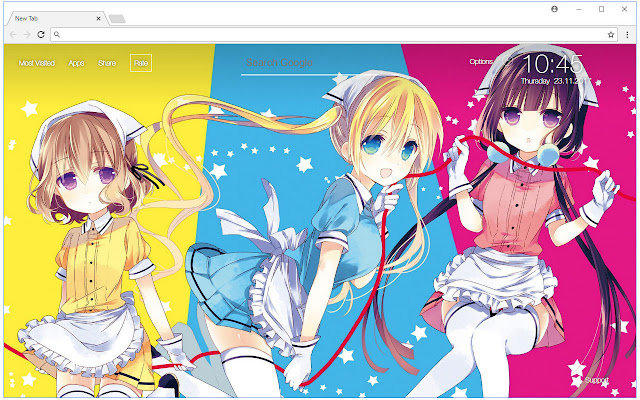 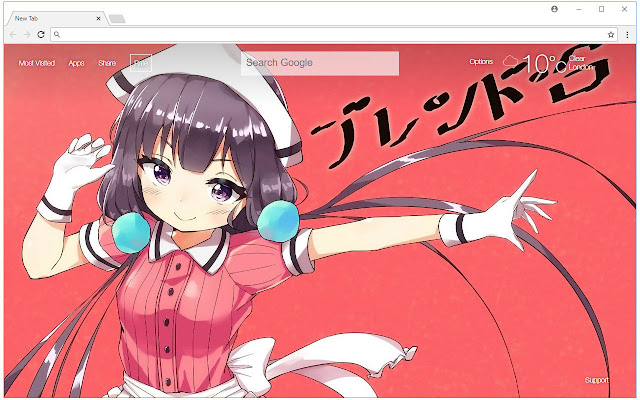 – Blend S (ブレンド・S Burendo Esu) is a Japanese four-panel comic strip manga written and illustrated by Miyuki Nakayama. It made its first appearance in Houbunsha’s Manga Time Kirara Carat magazine with the October 2013 issue. An anime television series adaptation by A-1 Pictures premiered in October 2017.
– The story is about a high school girl named Maika Sakuranomiya has trouble finding a part-time job because of how scary she looks when smiling. However, she is scouted one day by an Italian man who is also the manager of Stile, a café where its waitresses are given unique traits such as tsundere and younger sister. Maika is given a sadist trait because of her looks and has to adopt a dominant and cruel persona when servicing customers, particularly masochist ones. 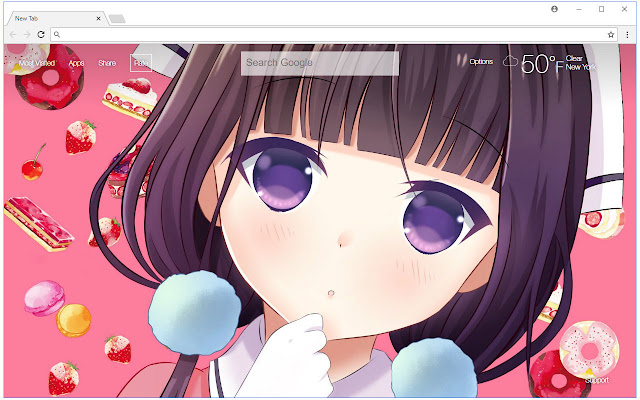 – Maika Sakuranomiya: Maika is a 16-year-old girl who despite having a positive and cheerful personality, unintentionally gains a sadistic look in her eyes whenever she smiles. This look catches the attention of Dino, who scouts her to be the ‘sadistic girl’ waitress at café Stile. Despite being told that the customers like being treated badly, her worry about how she is treating customers gets the better of her, causing her to snap into an apologetic personality as soon as they have left. She comes from a very traditional family and works part time so she could study abroad using her own money. Her love of other countries also makes her develop an admiration towards Colonel Sanders (whom she refers to as the “old man from the chicken place”) and Santa Claus. She adores Dino because of his blond hair but is oblivious to Dino’s crush on her.
– Kaho Hinata: Kaho is a 17-year-old waitress at Stile who acts as the tsundere. She loves playing video games and often visits arcades, but this usually causes her to quickly run out of money. Although she plays the tsundere girl, Kaho’s real personality is that of a carefree and cheerful person. She has trouble keeping up her tsundere persona when customers are discussing video games, feeling the need to join in. She is currently the most popular waitress at Stile.
– Mafuyu Hoshikawa: Mafuyu is another waitress at Stile who is actually a 20-year-old college student, but plays the younger sister character because of her petite figure. Her real personality is mature and she rarely shows emotion, but easily gets excited whenever her favorite series, Aisatsu (Magical Frill in the anime), is involved. She has a younger brother who is taller than her, and she has always wanted a younger sister, although she will not include Kaho because of Kaho’s body figure.
– Miu Amano: Miu is one of the waitresses who fulfills the older sister trait. She usually wears glasses and is a 22-year-old dōjinshi artist in a group called “Hanazono Folder” that draws adult comics. Miu initially came to the café as a customer, then Dino scouted her and she accepted to get inspiration for her dōjinshi. One of her hobbys is observing people, particularly the relationship between Dino and Maika; she even uses them as models in her dōjinshi.
– Hideri Kanzaki: Hideri is a 16-year-old waitress who fulfills the idol. Hideri is actually a boy who dresses as a girl and aspires to become an idol. He works at Stile to gain fans; giving proof to his parents that he is talented, or else he has to inherit his family’s farm. While he acts like a “cute” girl all the time, he can unintentionally become manly.
(Source: Wikipedia) 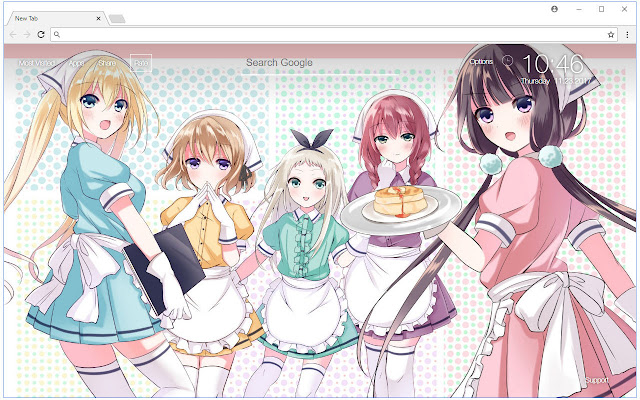