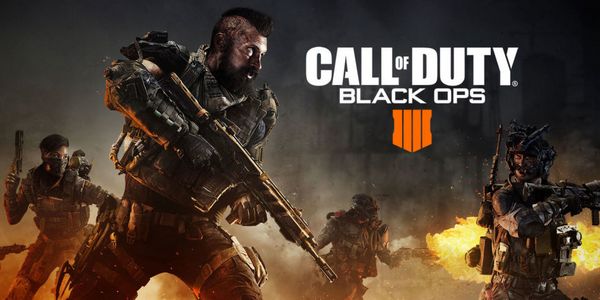 Right after its official reveal, the game already faced tons of controversial opinions due to its lack of campaign mode. Despite it being a sequel to the Black Ops series, Black Ops 4 does not include single-player campaign mode and instead, it only focuses on the main multiplayer modes including new additions like Heist and Control, Zombie modes with more tweaks and changes, and of course the “infamous” battle-royale mode: Blackout.

Basically, Call of Duty Black Ops 4 is a $60 multiplayer game; therefore, it is understandable when lots of players are extremely disappointed with the game’s lack of single-player campaign, which was one of the prominent elements of Black Ops series and also Call of Duty in general. But in any case, the game has already released, and so only one question remains: Can Black Ops 4 multiplayer can keep up with players’ expectations? 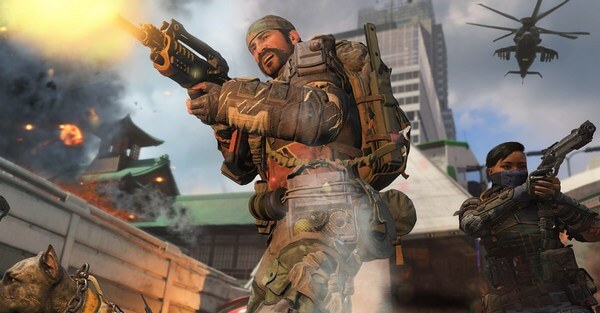 Visual-wise, CoD Black Ops 4 basically uses the same old engine. Everything looks similar to the Black Ops 3 and this can either be a good thing… or a bad thing. The good thing is: Black Ops 4 generally looks smooth and it feels smooth throughout all game modes, including main multiplayer modes, Blackout, and Zombies mode. But at the same time, this old graphic can be a down side for certain players who have grown so tired of the current CoD state. Sometimes, Black Ops 4 may give out a strange vibe of a Black Ops 3 expansion, rather than a full-blown Black Ops sequel. 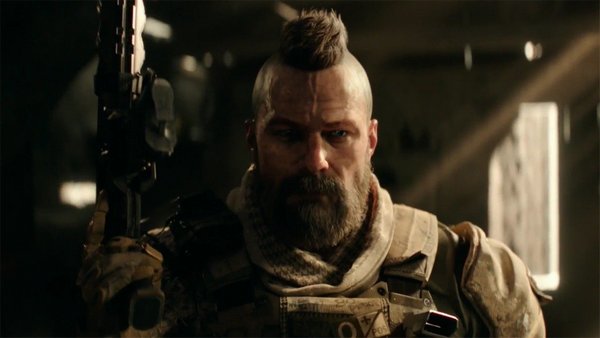 It includes “story campaign” for each Specialist character in multiplayer. However, these stories are simply Tutorial to teach players how to play different Specialist, rather than a proper campaign. It is weird though because they do include cutscenes, voice-acting, and they do feel like of having a story there. Maybe there is supposedly a story-mode during development but Treyarch decided to drop it?

So to put it simply, if you only seek enjoyable single-player experience with good story, we recommend passing Black Ops 4 because you will be disappointed. 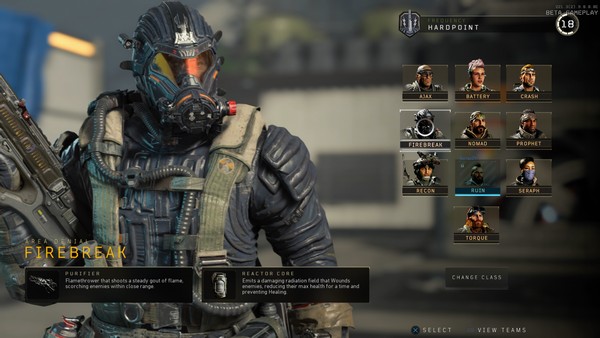 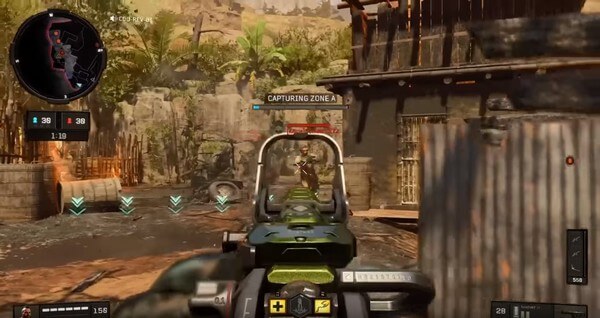 Control mode is similar to Overwatch’s Control mode in which 2 teams will assume the role of Attackers and Defenders to compete over two pre-determined area. The team which wins three rounds wins the match. But unlike Overwatch, there is an additional twist: each team will only have 25 collective lives per round. And so, your team can either win by taking control of the area (just like the game mode intended), or, killing enemy team so that they will lose all 25 lives. 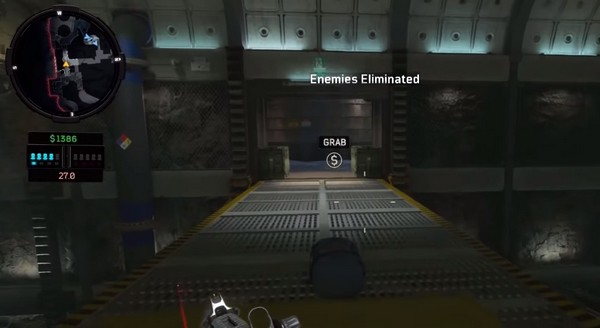 The other new mode is Heist which feels strikingly similar to Rainbow Six Siege in which, two teams will compete each other to steal the money bag and retreat to the extraction point. There will be no respawn in each round and of course, if your entire team dies, your team will lose. And then there is a difference: At the beginning of the game, each player will only have $500 and a pistol. Players will only gain more money after each round by killing or winning the round. This means if you want to unlock something, you have to earn money to have it. Luckily, unlocked stuffs from each round will persist until the match concludes.

There is also Hardcore mode which is available for Free For All, Team Deathmatch, Kill Confirmed, Domination, and Search and Destroy. In Hardcore, everything will be more extreme, including even more limited health, no HUD, no navigation.

Call of Duty Black Ops 4 multiplayer modes are quite… surprisingly pleasant to play, at least in the first impression.

Black Ops 4 no longer includes the futuristic stuffs like jet-pack and instead, this is still a “boots-on-the-ground” experience. The only “new movement addition” is that players can slide in a short range. The movement feels smooth in overall with all sliding, running around, and shooting. 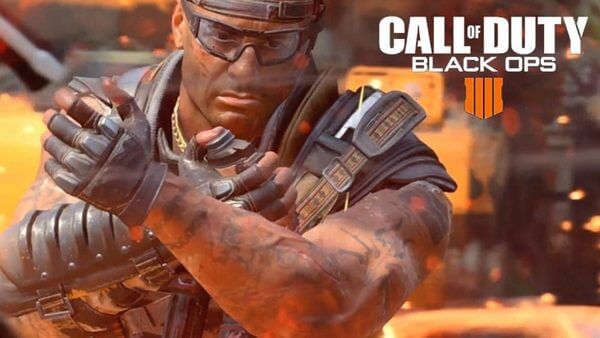 One big difference for the game is the return of Health Bar. Each player now has 150 Max Health, and all players now no longer have self-regeneration. Instead, players have to use Stimpack in order to gradually heal back to full. Each player has unlimited amount of Stimpack (imagine it more like a Skill), but there is a small cooldown after each usage and also, player can’t do anything while using it. This gives the game slightly more strategic element as players cannot just rush in shooting like “Rambo” without planning. Combining with the Specialists system, Black Ops 4 does feel more strategic than before, especially when you play with a team. 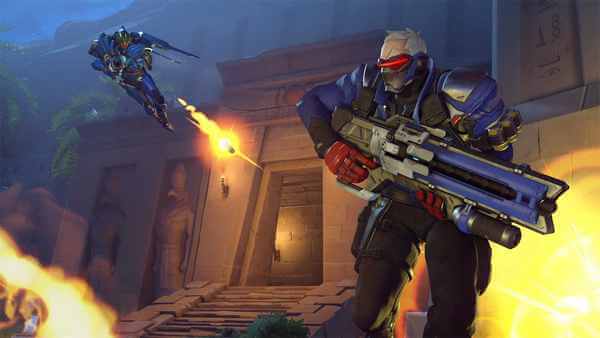 Overwatch-vibe any one? (Source: Internet)

So is Black Ops 4 multiplayer excellent?… Well, not exactly. Here’s the thing: despite new changes like the Specialists system, Health Bar, and new modes like Heist and Control, Black Ops 4  still does not feel that new or refreshing. Those changes may be new in CoD franchise; however, it just feels like borrowing from Overwatch and Rainbow Six Siege. And while Heist and Control may be fun initially, we are not sure how the game can keep up with its popularity later on.

Another big letdown is the maps. Although Black Ops 4 features 14 different maps at release, honestly speaking all of them do not feel unique at all. Those 14 maps may look different in terms of visual, but they still feel the same with generic three lanes and a few twists like the freezing water in Icebreaker or the swimmable area in Seaside. They extremely lack diversity; they don’t have any major twists, paths, or major environmental differences. And as the time goes on, high chance that these maps will grow more and more boring since every match will tend to feel the same.

Of course there will be updates in the future, but at the current moment, these sorts of generic map can be a big downfall in the long-run. 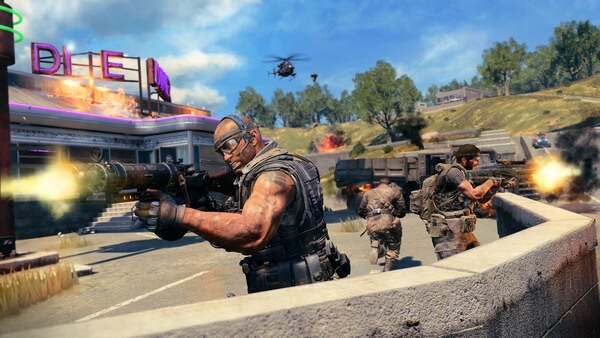 In short, Blackout is basically Call of Duty’s answer to the popular Fortnite Battle Royale. Just like Fortnite and PUBG, Black Ops 4 Blackout throws 100 players into a huge battleground and they have to fight each other until one person left. As the match progresses, the map will gradually close in, forcing players to constantly on the move to the safe place. Players can join in Blackout in Solo, Duo (2-person team), or Quad (4-person party) mode. At the beginning of the game, players will jump off from helicopters and dive to their desired locations. Through the game, players will find various weapons and equipment like Grenade, First Aid kit, or Perks.

Overall, Blackout mode is surprisingly solid. So far this game mode feels extremely smooth and it is pretty accessible. Blackout map comprises of multiple CoD iconic maps like Cargo, Array, Nuke Town, and Estate. And seeing all of them in one big map is pretty fascinating. For those who are so used to Call of Duty franchise, these familiar maps can actually make lots of fun and intense moments since they are so familiar with those maps. 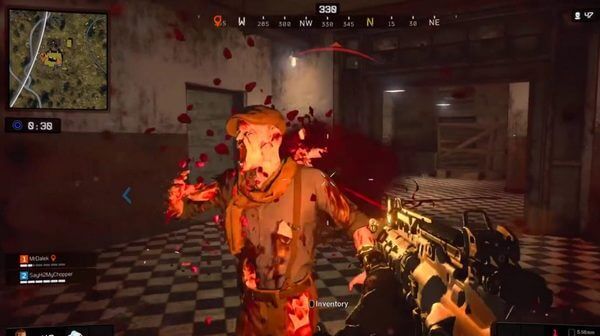 There are zombies, surprise! (Source: Internet)

Interesting enough, Treyarch even adds locations from CoD Zombies mode like Asylum. Areas like Asylum features zombies and killing them will drop some sweet loots like Ray Gun and Zweihander. And to even more surprise, it includes Mystery Box which works rather similar to the usual CoD Zombies mode.

Now we come to the final and also, probably the most surprising game mode in Black Ops 4. Different from previous CoD titles, Black Ops 4 zombies mode is much more polished than before with various interesting changes. 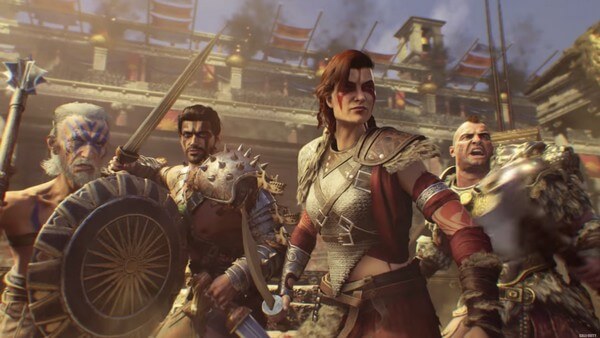 There are 2 main storyline this time around; the first one is Chaos featuring 4 new main characters: Scarlett – a daring adventurer who seeks her father’s past; Diego – a spy, a seducer, and a cutthroat; Stanton – a master chemist; and Burno – a… brute. Together, they go on a journey to discover Scarlett’s father story and also, uncover a secret power which threatens humanity throughout 2 new maps: Voyage of Despair which brings them to the infamous RMS Titanic during its last moment; and IX which brings the team to the… ancient Roman coliseum?

The second storyline – Aether – is related to the last map which is the Blood of the Dead. It brings players back to the good ol’ day in Alcatraz Penitentiary with the four characters Richtofen, Dempsey, Takeo, and Nikolai. 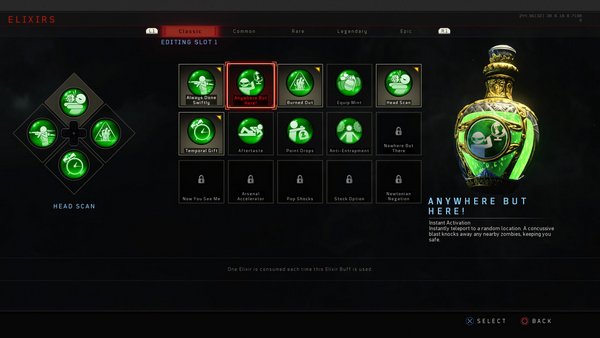 This year Zombies mode does feel lots of fun, more so than ever. Both new Zombies map IX and Voyage of Despair do feel fresh with surprisingly new environment and fascinating Easter Eggs (and so complicated too!). Create-A-Class in Zombies mode this year also has several changes, specifically: 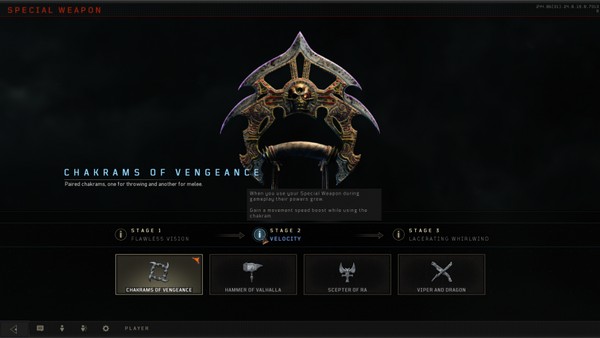 Wield the weapons of the ancient gods! (Source: Internet)

Aside from 1 Starting Weapon and 1 Starting Gear slot, players can now select an additional Special Weapon (probably the coolest change in Black Ops 4 Zombies mode). These weapons are extremely powerful and can be upgraded multiple times to unlock more abilities; however, they also have cooldown. There are 4 Special Weapons for Chaos storyline and other 4 for Aether storyline.

And of course, more zombies map will be updated in the future with story updates. 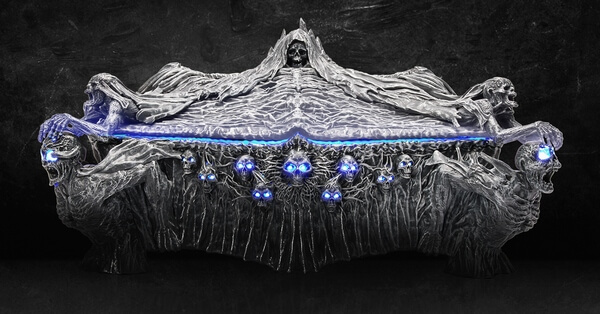 Call of Duty Black Ops 4 is an… interesting, yet confusing package. It can be a great fun for many CoD fans, yet, a forgettable “Pandora Box” for many others. Once again, the reason why we use the term “Pandora Box” to describe Black Ops 4 is because Black Ops 4 offers a variety of fun games, but it lacks certain elements which many players want to see, namely the single-player campaign and new innovation for the CoD main multiplayer gameplay.

Black Ops 4 main multiplayer is a bit more fun thanks to the Specialists system and 2 new modes Heist and Control; however, those “new additions” are basically borrowed from other games like Overwatch and Rainbow Six Siege. And unfortunately, one of CoD problems still remains: uninspiring maps. Despite the having about 14 maps in total, all of them still feel bland after a couple of matches due to the same 3-lane design with only slight tweaks. 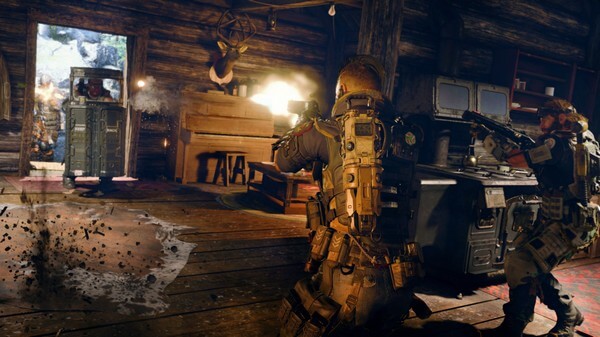 Will you get Black Ops 4? (Source: Internet)

For those who enjoy everything Black Ops 4 offers, the final verdict for Call of Duty Black Ops 4 can be an 8/10. But for the others, it is more like a 7/10; or even 6/10 if you really hate the facts that there is no single-player campaigin, nor new innovation for CoD main multiplayer.

And what about you? What do you think of Call of Duty Black Ops 4? Feel free to share with us and for now, thank you and stay tune for more news in the future!