Call of Duty Black Ops 4 is coming soon on October 12, 2018 and people are having different opinions about this game. Many players agree with Black Ops 4’s ballsy decision of focusing solely on multiplayer, while many other players feel disappointed by this choice especially when Black Ops series has always been famous for its compelling single-player campaign. But such decision alone cannot determine the entire quality of the game. And with on further ado, let’s see what we know so far about Call of Duty Black Ops 4! 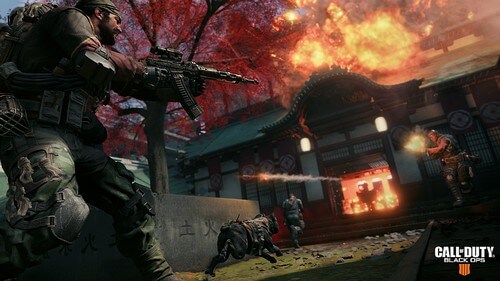 The original Black Ops trilogy was considered to be among the most successful Call of Duty games to date, besides the all-famous Call of Duty Modern Warfare trilogy. Unlike the Modern Warfare trilogy which focused on terrorism, the Black Ops trilogy took a more complicated approach of “time traveling”. In terms of single-player campaign, Black Ops truly makes itself unique among other FPS games with fascinating storyline and tons of surprising twists and turns. Multiplayer is still a strong point of Black Ops series, especially Black Ops 3 with high mobility, nice maps, and extensive customization in particular. With all such feats, naturally most players will expect this next sequel – Black Ops 4 – to share just as great quality as its predecessors in both terms of single-player and multiplayer. 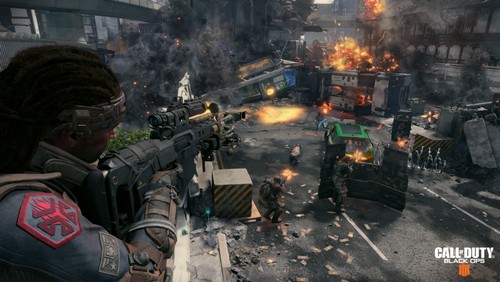 And yeah… there is no single player mode… (Source: Internet)

Yet surprisingly, Black Ops 4 will not include single-player campaign. The game will entirely dedicate to multiplayer, which is expected to maintain the core value of Call of Duty gameplay with new tweaks. New multiplayer mode is also introduced, including the battle royale mode in Call of Duty style called “Blackout”. Gameplay in Black Ops 4 also has lots of changes (which we will talk about in later section) and by far, the receptions from players are quite diverse. Many view Black Ops 4 as a good shooter with some nice changes; however, it still feels pretty much the same. It is just… another Call of Duty. Of course, many others really like the game and how Treyarch tweaks the formula.

So, what exactly changed in Call of Duty Black Ops 4?

2. What do we know about Call of Duty Black Ops 4 so far

According to Heat Vision’s interview with Treyarch executive Dan Bunting, Treyarch’s goal was to change Black Ops 4 gameplay to a different direction. It is a little bit slower, and more importantly, putting more emphasize on strategic play-style. And to do that, we have:

Focusing on the Specialists 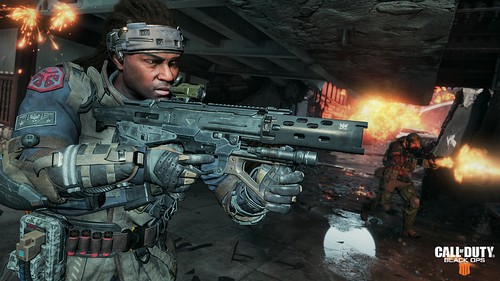 Which role do you like to play with? (Source: Internet)

The very first focus of Black Ops 4 is the Specialists. These Specialists are unique class-based characters, each possess different skills and equipment. In other words, they resemble to Heroes in Overwatch or Operators like in Rainbow Six Siege. There are 10 Specialists in total and they are: 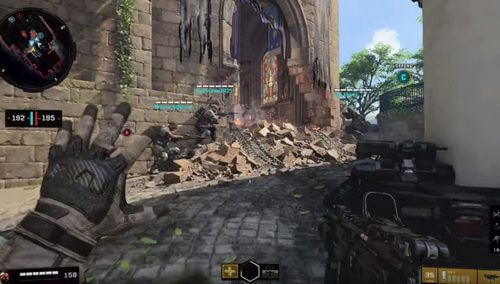 Can you spot the Health Bar? (Source: Internet)

Health bar is something we haven’t seen in a Call of Duty game for ages. And surprising enough, they decided to bring this element back to Call of Duty Black Ops 4. And while this change may sound “lame”, this addition is actually a great change of pace in case of Call of Duty.

Here’s the thing: in many previous Call of Duty games, people are so used to auto-generate health. If you got hit, you can just hide somewhere, wait for a few seconds and your health will return to full. This tends to lead to “Rambo” playstyle since you don’t really need to care much about losing a bit of health. As long as you can kill your enemy quickly before he/she kills you, your life will be fine.

But in Black Ops 4, visible health bar along with no health generation means you have to be more careful when engaging enemy. You can still heal yourself by using a dedicated healing button; however, you will have to wait a cooldown to be able to heal again. As the result, this slight change actually forces players to be more strategic in their playstyle and more importantly, teamwork. 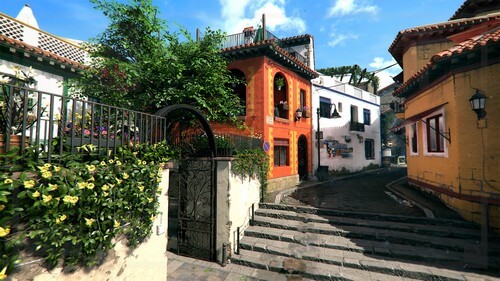 Welcome to the Seaside! (Source: Internet)

In terms of maps, Black Ops 4 will bring back 5 maps from previous Black Ops titles, namely: “Jungle,” “Summit,” and “Firing Range” from Black Ops 1, “Slums” from Black Ops 2, and “Nuketown” which appeared in all games. Black Ops 4 will also feature 4 brand new maps called “Frequency,” a fast map taking place at a listening station, the tropical “Contraband,” the Spanish “Seaside,” and “Payload” located at a missile defense station.

For character customization, Black Ops 4 bring back the Pick 10 system from Black Ops 3 which provides players full customization over their characters, including primary weapons, attachments, secondary weapons, equipment, perks, and wildcards. Aside from those, the game also includes a new “Gear” slot for players to equip different set of items which will provide different benefits. These Gear items can be varied from body armor which increases more protection against first shots, stem pack which increases health regeneration rate, to acoustic sensor which improve hearing. 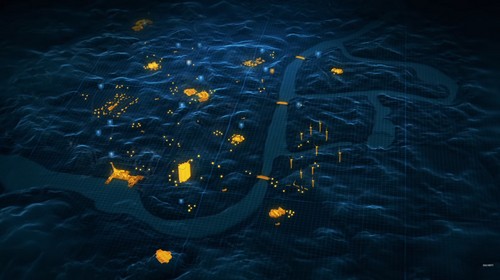 The two popular modes “Hardpoint” and “Domination” definitely make a return, and then there are 2 more modes: an objective-based mode called “Control” focusing on attacking and defending team (similar to Overwatch), and the infamous battle royale mode called “Blackout”.

Among all the modes, Blackout seems to be the game’s highest focus. According to Treyarch, this mode will feature the largest map ever built in Call of Duty history. It will include all weapons and characters like from the classic titles, and even drones and… zombies? Players can also control air, land, and water vehicles to blast their way to victory. And beware! It is rumored that there will be zombies in this mode, though the detail is still unknown.

Besides Blackout, Zombie mode is also a major highlight of this new sequel. There will be not just one, but 3 unique zombie modes, each with different settings and stories. 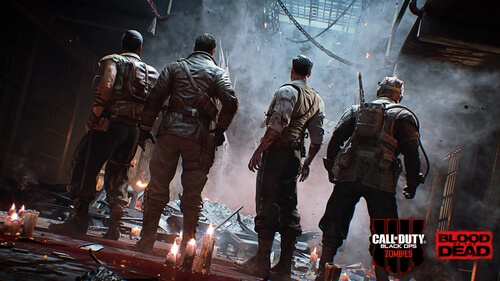 The Blood of the Dead (Source: Internet)

The first one is “Blood of the Dead”, which is like an enhanced version of “Mob of the Dead” back in Black Ops 2. It takes place in Alcatraz prison where Portals are opening due to Richtofen and his “other” influence. At the same time, swarms of undead spreads throughout the island penitentiary and seek to slaughter the players before they can discover the secrets hidden within its laboratory. 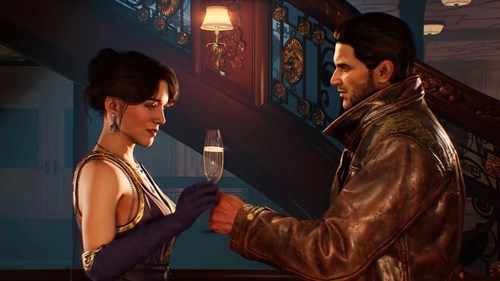 Don’t be fooled! This will not be a happy voyage! (Source: Internet)

The second one is “Voyage of Despair” which brings players to Titanic in 1912. The aim is to find a mysterious artifact while being overwhelmed by supernatural forces. 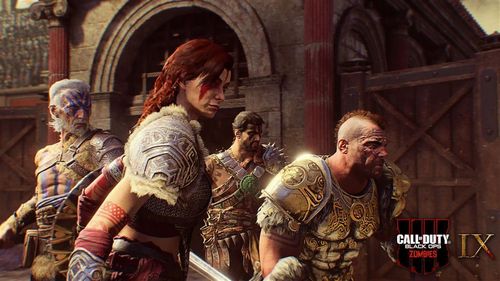 Yes… this is Call of Duty… (Source: Internet)

The final, and also the most intriguing, mode is “IX” which actually takes place in Ancient Rome. That’s right! Players will return back in time to Ancient Rome and struggle to survive WITHOUT guns. Instead, it will be a Call of Duty game with swords and bows. How cool is that?

And that’s it folks! What do you think about Call of Duty Black Ops 4 so far? Feel free to share with us and for now, thank you and stay tune for more news in the future!

One thought on “Call of Duty Black Ops 4: What we know so far!”