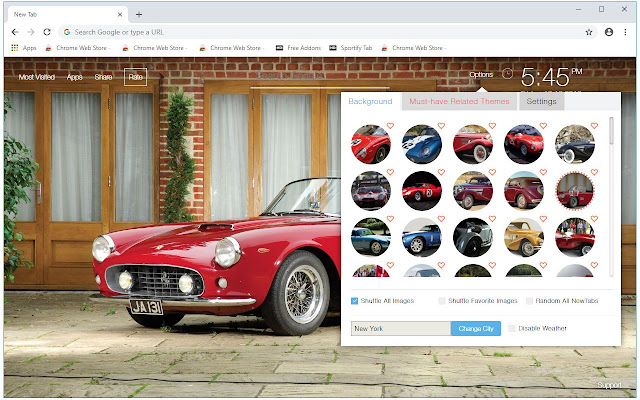 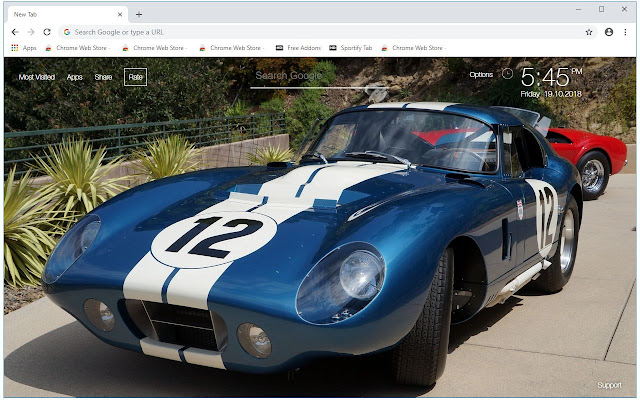 ★ What can you get from our classic cars themes?

First, you can enjoy a wide range of wallpapers in HD quality. You can shuffle all pics, or, shuffle your favorite classic cars pics only. You can also select Slideshow option and enjoy a cool screensaver with classic cars wallpapers. And, you can use other free addon themes along with this new tab.

Second, the extension provides quick navigation to your most visited sites, Chrome apps like Gmail, or quick reminder with To-Do List right on the theme. Date, time and weather forecast can also be shown on classic cars new tab if you need. 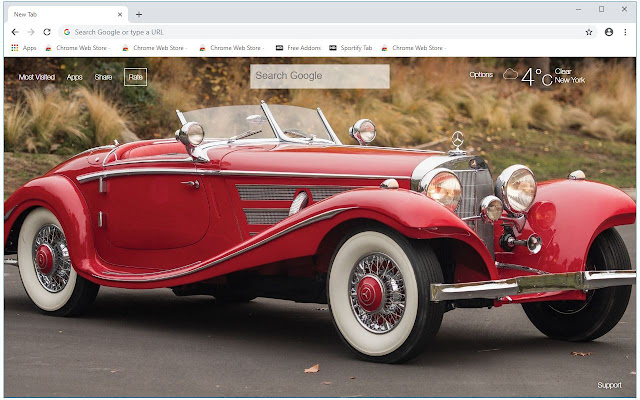 + The first full-scale, self-propelled mechanical vehicle was released in 1769. It was a steam-powered tricycle that was used to haul cannons around town. (But, it weighed 8,000 pounds!)
+ The Benz Patent-Motorwagen is believed to be the first modern automobile. German inventor Carl Benz applied for the patent in 1886, and later, his wife took it on the first-ever, long-distance drive.
+ In 1913, the Ford Model T became the first mass-produced automobile. Three years later, 55 percent of all cars in the world were Model Ts, which is a record yet to be broken. 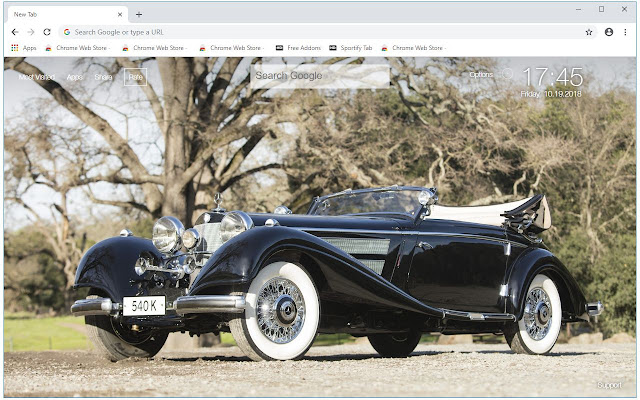 + The 1964 Pontiac GTO is widely regarded as the first “muscle car.” Pontiac owned the muscle scene in the early 1960s, but by 1968, that car had plenty of competition.
+ The Ford Mustang also made its debut in 1964. It was officially unveiled at the World’s Fair in Flushing Meadows, New York. That same day, the car also debuted in showrooms across America, and close to 22,000 Mustangs were purchased. 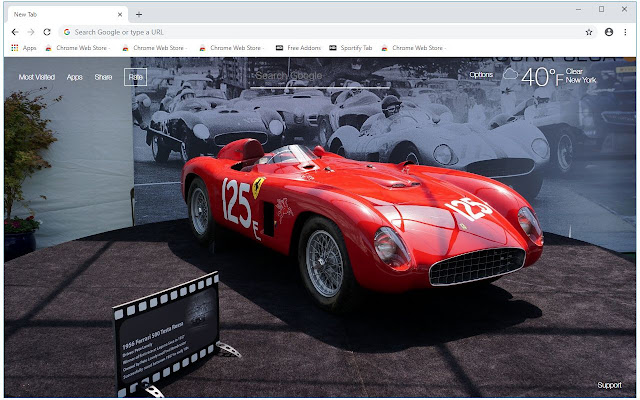