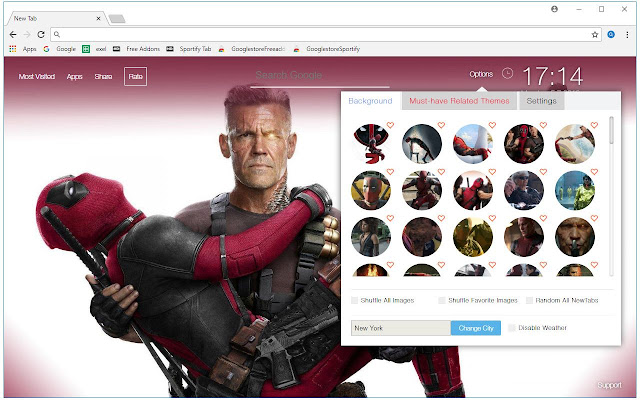 The extension is made by fans, for fans who like Deadpool 2 or Marvel movies like Black Panther or Avengers Infinity War… Visit our homepage for more HD wallpapers and newtab themes: https://freeaddon.com/ 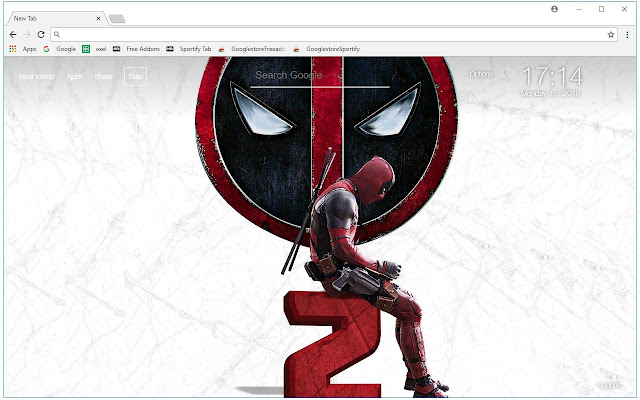 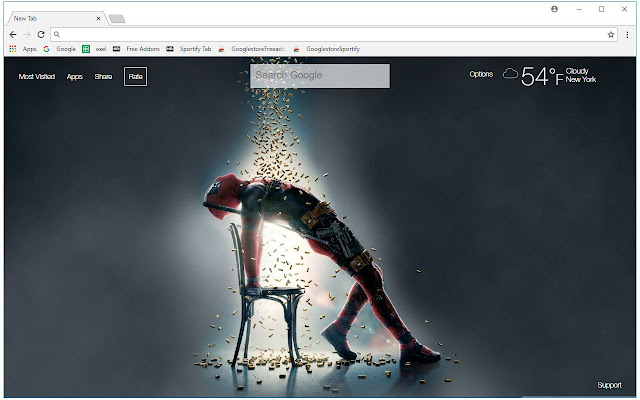 – Deadpool (Wade Winston Wilson) is a fictional character appearing in American comic books published by Marvel Comics. Created by writer Fabian Nicieza and artist/writer Rob Liefeld, the character first appeared in The New Mutants #98 (cover-dated February 1991). Initially Deadpool was depicted as a supervillain when he made his first appearance in The New Mutants and later in issues of X-Force, but later evolved into his more recognizable antiheroic persona. Deadpool, whose real name is Wade Wilson, is a disfigured and deeply disturbed mercenary and assassin with the superhuman ability of an accelerated healing factor and physical prowess. The character is known as the “Merc with a Mouth” because of his tendency to joke constantly, including his proclivity for breaking the fourth wall, a literary device used by the writers for humorous effect and running gags.
– The character’s popularity has seen him feature in numerous other media. In the 2004 series Cable & Deadpool, he refers to his own scarred appearance as “Ryan Reynolds crossed with a Shar-Pei”.[6][7] Actor Ryan Reynolds himself would eventually portray the character in the X-Men film series, appearing in X-Men Origins: Wolverine (2009), Deadpool (2016) and the upcoming Deadpool 2 (2018). 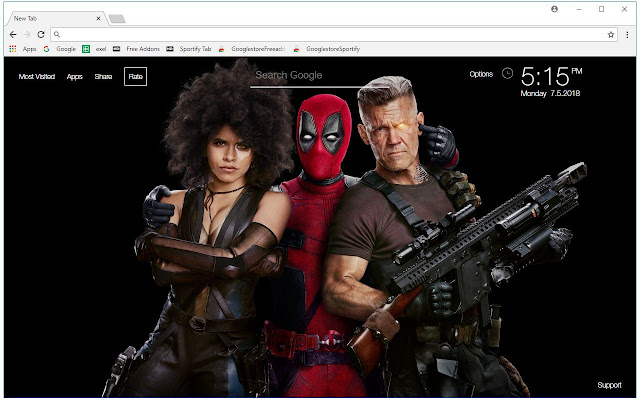 – When Deadpool was first created, he was remarkably similar to DC’s Deathstroke. So much so that, as a joke, they named him Wade Wilson. Deathstroke’s real name is Slade Wilson.
– When he was first introduced, in New Mutants issue #98, he was a villain. There was no plan to have him become the character he has developed into today.
– Deadpool got his powers after he joined Weapon-X in an attempt to obtain the healing factor that would cure him of his cancer. While the healing factor prevented him from dying (that’s good), it also advanced his cancer and left him horribly disfigured (that’s bad).
– Deadpool is a Canadian and proud of it. He often breaks the fourth wall to mock American readers for never having switched to the metric system.
– Despite being Canadian, Deadpool’s favorite superhero was Captain America. And because both Captain American and Deadpool identify as failed government experiments, Captain America is one of the few Marvel superheroes to treat Deadpool with respect.
– Deadpool was given the title “The Merc with the Mouth” because, guess what, he won’t shut up. In fact, he’s defeated more than one enemy by driving them crazy with his non-stop talking. Just like The View.
– Deadpool can speak five different languages but can say the word “chimichangas” in seven. Classic Deadpool.
– Deadpool has been in a number of romantic entanglements, including with the Black Widow, Yelena Belova, but he finally settled down with Shiklah, former fiancée of Dracula and Princess of the Underworld.
– The only thing Deadpool fears are cows.
– Deadpool’s only weakness are kittens. And an anti-regenerative ray. 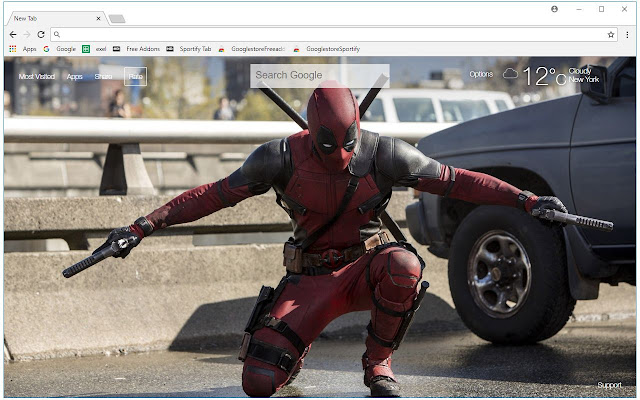