Blizzcon has always been among the biggest gaming conventions to date. It is the event when tons of players, especially PC gamers, anticipate for new gaming announcements from Blizzard, one of the most famous game developers at the moment. However, Blizzcon 2018 seems to be the most disastrous in Blizzcon history due to the community’s extreme backlash against the new Diablo title reveal: Diablo Immortal. So what did happen exactly? Why is the community so furious? Let’s recap everything happened so far with Diablo Immortal!

1. What is Diablo Immortal? 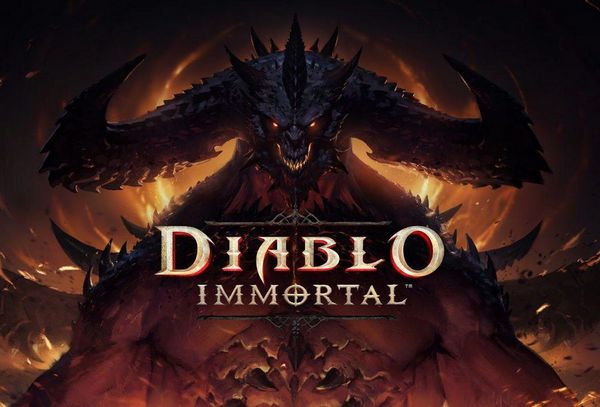 For those who really don’t know, Blizzard has always been among the most famous game developers to date, typically with their 3 pivotal franchises: Warcraft, Starcraft, and Diablo. And needless to say, these 3 grand franchises have always had a huge influence in gaming world. For example, the Diablo franchise is the one which makes hack-and-slash RPG genre extremely popular and arguably inspires the later generations like Torchlight or Path of Exile.

That said, Diablo franchise seems to be in a rocky situation since the release of Diablo 3. Diablo 3 by no mean is a bad game, in fact, it is a good game. Ironically, many fans still think more highly of Diablo 2 Lord of Destruction rather than Diablo 3. So naturally, lots of fans are expecting something incredible for the Diablo franchise in the Blizzcon 2018. Surprisingly, what they see is a mobile Diablo game called Diablo Immortal.

What do we know about Diablo Immortal? 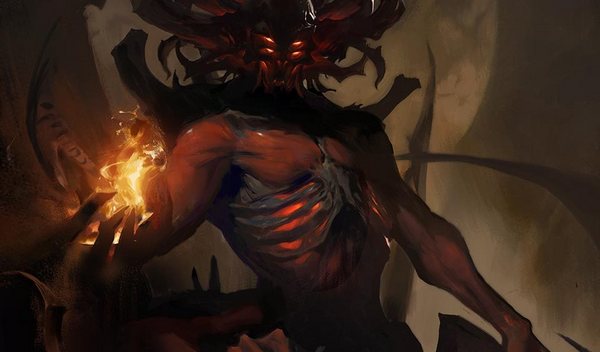 First thing first, we can 100% confirm that Diablo Immortal will be a mobile game, which marks the very first time when Diablo franchise comes to mobile platform. The game will be available for both iOS and Android, featuring quite high graphic quality in mobile-game standard.

As for the story, the game will take place between Diablo 2 Lord of Destruction and Diablo 3, right after when Tyrael destroyed the Worldstone to prevent the Sanctuary from being further corrupted. Unfortunately, his prevention was already too late as the Worldstone’s fragments leak into the mortal world, allowing the demon forces to invade the land. Under the threat of Diablo’s lieutenant: Skarn, Herald of Terror; the Nephalems have to rise once again to stop this threat. 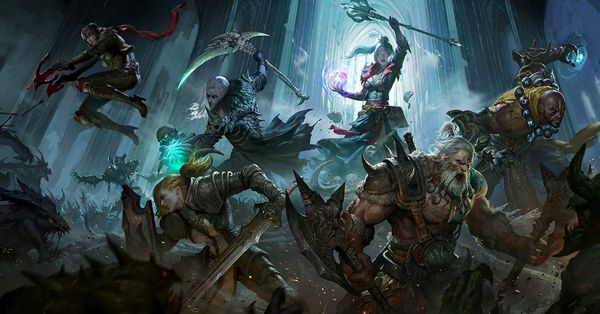 Who is your demon slayer? (Source: Internet)

Unlike Diablo 2 or Diablo 3, Diablo Immortal seems to put even more emphasize on MMO aspect. 6 classes are also revealed, including Barbarian, Wizard, Monk, Demon Hunter, Crusader, and Necromancer. The game is a collaboration work between Blizzard and Chinese mobile-game developer NetEase, it is still in development and is expected to release in 2019.

But while the gameplay trailer may look impressive, one fact still remains is that Diablo Immortal seems to be a game no fan expects and wants.

“Is this an out-of-season April Fool’s joke?”

If you have watched Blizzcon 2018, you probably have already saw the huge backlash against Diablo Immortal right after its reveal. When Wyatt Cheng the lead game designer said the game will be a mobile game, we can see a peculiar silence from the audiences. And when it comes to the Q&A section, audiences’ reception got really worse, starting with the guy who asked the question: “Is this an out-of-season April Fool’s joke?”

Right after he asked this question, we can immediately see the crowd’s applause for him. And judging by his expression, we can pretty sure that the guy is absolutely not happy at all, he is dead serious.

Furthermore, there is another guy who asked the question: “Is there any plan to make this playable on PC?…”

When Cheng said that the game was currently planned on mobile only, the developers immediately faced a huge “boo-ing” crowd, which pretty much tells us how seriously bad the audience’s reception is. And unfortunately, the developers’ response “Do you guys not have phone?” only caused the community, especially the online fans, infuriating. Even if we just look at Cheng’s expression on stage, we can clearly see how uneasy he was after witnessing the displeased crowd.

So that was the crowd’s reaction towards Diablo Immortal in Blizzcon 2018, but what about the online community?

The most downvoted Blizzard game to date

Just take a look at the two videos’ Like and Dislike rates, we can see a how crazy these two videos were downvoted. At the current state (November 9, 2018), the Diablo Immortal Cinematic Trailer has 21K Likes and 557K Dislikes, which is absolutely insane especially when this is a Blizzard game we’re talking about. The Gameplay Trailer’s situation is no better either with 15K Likes and 218K Dislikes.

To make matter worse, there are certain comments saying that Blizzard intentionally re-uploaded those 2 videos, hoping that it will reset the backlash. Then, there are hintings that Blizzard secretly deleted Youtube dislikes and comments. Personally, we can’t say if these comments and rumors are true or not, but clearly, Blizzard is in a serious mess.

And if we take a look at social media, things are no better:

If anyone at #BlizzCon2018 wats to play #DiabloImmortal there are a few open spots.  #Diablo pic.twitter.com/Ux00kHfgs3

You tell me whether this is a re-skin or not. #diabloimmortal #Diablo pic.twitter.com/H9xGnnoQ7b

And ultimately, Activision Blizzard even actually suffered financial damage since just recently, their stock closed down nearly 7%, along with extremely bad reception saying the company as “losing touch with the community.”

What do people think about Diablo Immortal?

Now that we have seen how people reacted to this questionable Diablo title, the next question comes to: what do people think about Diablo Immortal exactly? 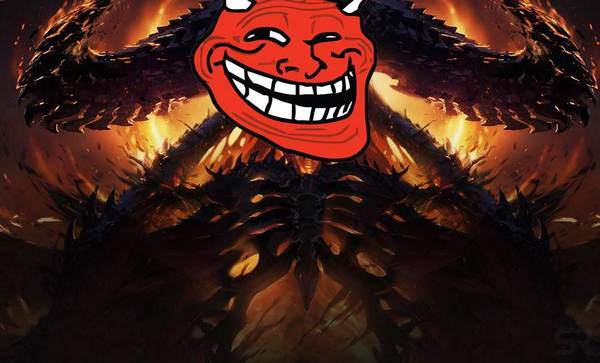 Diablo Immortal meme is already all over the Internet. (Source: Internet)

Needless to say, the general opinion regarding the game is bad, really bad. According to many people, Diablo Immortal is a game which no one wants, no one asks for. Furthermore, the announcement of Diablo Immortal is a “blasphemy”, it goes against people’s wishes of seeing a new Diablo 4 sequel or at the very least, a Diablo 2 Remake. Some people are extremely pissed, some people are even devastated. The fact that Blizzard hyped up the show by using a “Diablo” title and turned out it was a mobile game feels so unacceptable, so disconnected for Diablo fans. 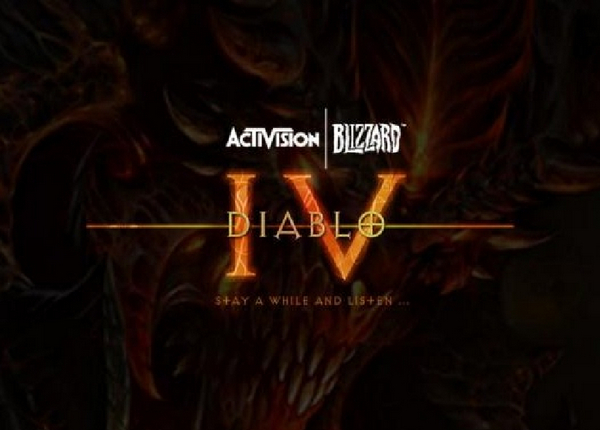 This is what people hoped. (Source: Internet)

On the other hand, there are certain people who do not think Diablo Immortal is fine and the whole controversy simply reflects the toxic gaming community who are over-reacting. That said; people who think this way are only in minority. And to counter such argument, many people explain that the main issue of Diablo Immortal reveal is not about it being a mobile game but rather, it is about Blizzard betrayed fans’ expectation. To be more specific, Blizzcon is a place where Blizzard’s hardcore fans come and anticipate great news. Most of them want to see a new game, a long-awaited AAA sequel to the fan-favorite Diablo series. Looking from fans’ perspective, the Diablo Immortal reveal seems to show how disconnected Blizzard is from their fans community. 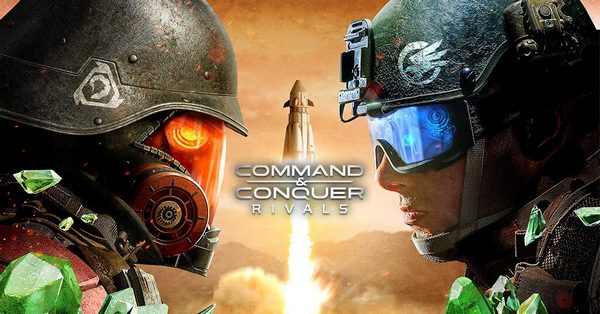 The Command & Conquers no one wanted (Source: Internet)

From our perspective, Diablo Immortal being a mobile by itself is not exactly a disaster. We believe that it is fine when a popular franchise has a mobile-game spinoff. In fact, certain popular games already have solid mobile spinoffs for example: Fallout series has Fallout Shelter, The Elder Scrolls series has The Elder Scrolls Blade, or Dragon Age series has Heroes of Dragon Age. Therefore, it is only normal when a huge name like Diablo has its own mobile game. 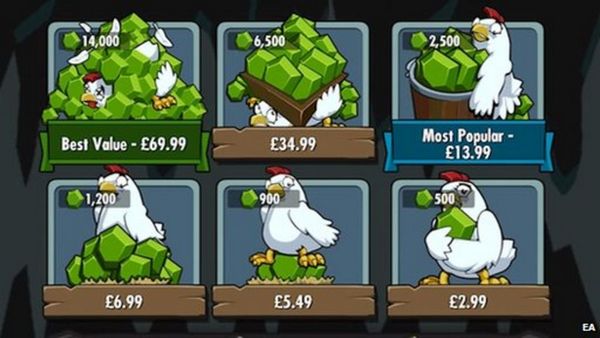 “Innovated too much” -EA- (Source: Internet)

That being said, we do understand the skepticism of fans towards this Diablo mobile game. It is no surprise when most gamers nowadays despise mobile games. And while certain individuals may think gamers are over-reacting towards mobile game, here’s the reason: Many, if not the majority of, mobile games feature outrageous microtransaction. These mobile games are purposely designed to suck money out of consumers and this is definitely not a good thing for gaming industry as a whole. One prime example is Dungeon Keeper, a legendary series yet unfortunately destroyed by EA “thanks” to their blood-sucking Dungeon Keeper mobile game. And what EA excused for this abomination? They said: “We might have innovated too much or tried some different things that people just weren’t ready for.” Of course, you can already guess how fans responded to such excuse. 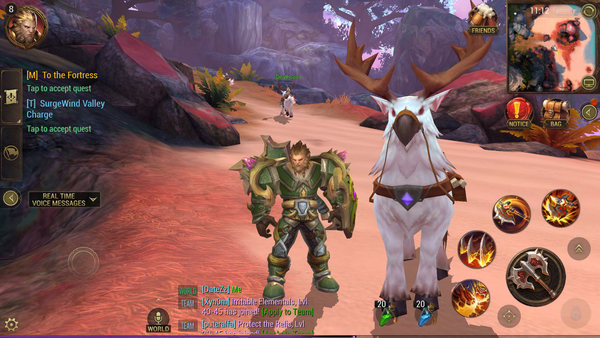 Such debacles lead us to one conclusion: Diablo Immortal a “mobile game” is not a problem but rather, what will Blizzard as developer and Activision do with the game? Will Diablo Immortal an enjoyable game so that we can play til Diablo 4/Diablo 2 Remake? Or will it simply be another blood-sucking mobile like many others before it? This skepticism only increases when we learned that NetEase is the partner in this Diablo project. Again for those who don’t know, NetEase is a Chinese company who mostly focuses on mobile game like Crusaders of Light, Eternal Arena, or Immortal Conquest. Crusaders of Light in particular is being considered as a “Diablo rip-off” and this belief further disappoints people. We personally don’t see Crusaders of Light is an exact Diablo rip-off. It looks more like copying World of Warcraft to us. However, the main concern is that NetEase’s Crusaders of Light has an extreme issue of microtransaction. Thus, this makes us afraid that Diablo Immortal will follow the same footstep, given the infamous reputation of Activision. 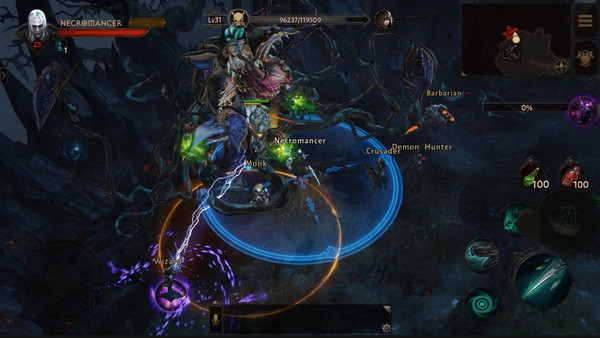 We also do aware that Blizzard explains Diablo Immortal as a game being built from the ground-up. Based on the demo at Blizzcon 2018, the game does feel solid. But again, this is just a demo and what Blizzard said is simply a statement. What important is how good/bad the game is exactly when it officially comes out. And according to what we have seen so far, Diablo Immortal does awfully look like a Diablo 3 re-skin for mobile version. For now, we can’t say for sure about the game’s quality and we will not try to evaluate the game until it officially releases.

Yet in any case, what we agree most is that: Diablo Immortal is a game which revealed in a wrong place and in a wrong time. For Blizzard fans, Blizzcon 2018 is supposed to be their biggest convention where hardcore fans can gather, have fun, and see some great news about updates and new potential titles. So naturally, fans will expect great things from big names like Warcraft, Starcraft, and Diablo. But Blizzard seems to lose touch in this regard. They revealed a mobile game without carefully considering fans’ true wishes. They seems to forget the same debacle happened to EA’s E3 2018. They could have revealed Diablo 4 or Diablo 2 Remake, even a slight teaser, and it would still work.

And that’s it folks! What do you think about Diablo Immortal? Feel free to share with us and for now, thank you and stay tune for more news in the future!