Install my Disneyland New Tab Themes to enjoy the awesome HD wallpapers of Disneyland, everytime you open a new tab. 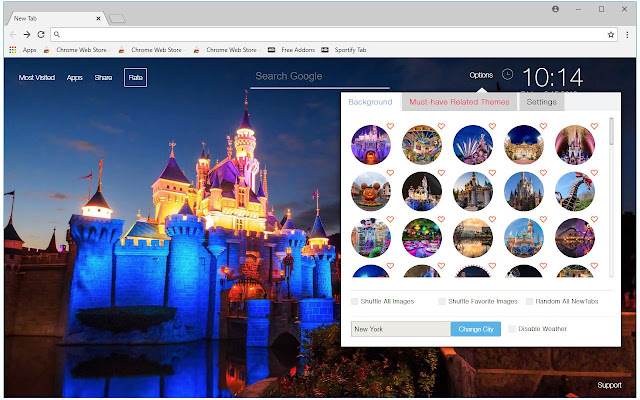 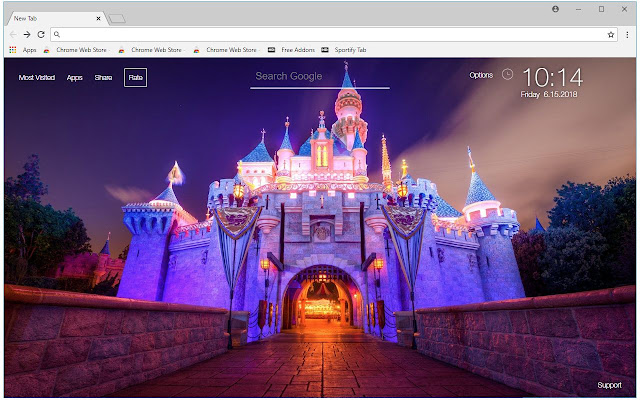 ★ What can you get from my Disneyland themes?

This Disneyland New Tab also provides quick navigation to your most visited sites, Chrome apps like Gmail, or having a quick look at To-do list. Other handy features like date time, weather temperature can also be shown on Disneyland theme if you need.

You can enjoy all these features (and more…) for free! Our Disneyland New Tab does not include ads or any hidden catch! To uninstall, just right-click on the Disneyland icon and choose Remove from Chrome.

We hope you have a fun time with our Disneyland extension. And if you’re interested in other Disney themes like Lilo and Stitch, Frozen, or Steven Universe, visit our homepage for more HD wallpapers and newtab themes: https://freeaddon.com/ 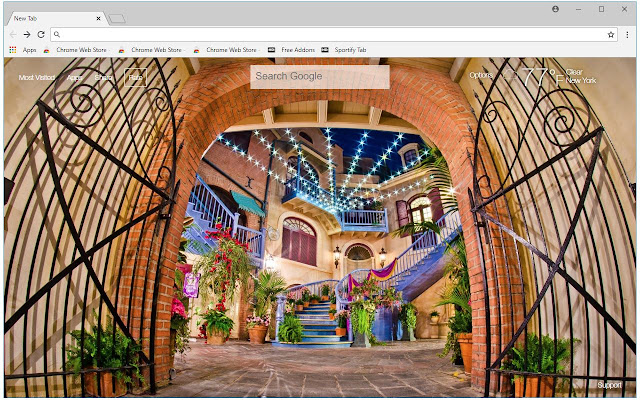 – Disneyland Park, originally Disneyland, is the first of two theme parks built at the Disneyland Resort in Anaheim, California, opened on July 17, 1955. It is the only theme park designed and built under the direct supervision of Walt Disney. It was originally the only attraction on the property; its official name was changed to Disneyland Park to distinguish it from the expanding complex in the 1990s.
– Walt Disney came up with the concept of Disneyland after visiting various amusement parks with his daughters in the 1930s and 1940s. He initially envisioned building a tourist attraction adjacent to his studios in Burbank to entertain fans who wished to visit; however, he soon realized that the proposed site was too small. After hiring a consultant to help him determine an appropriate site for his project, Disney bought a 160-acre (65 ha) site near Anaheim in 1953. Construction began in 1954 and the park was unveiled during a special televised press event on the ABC Television Network on July 17, 1955. 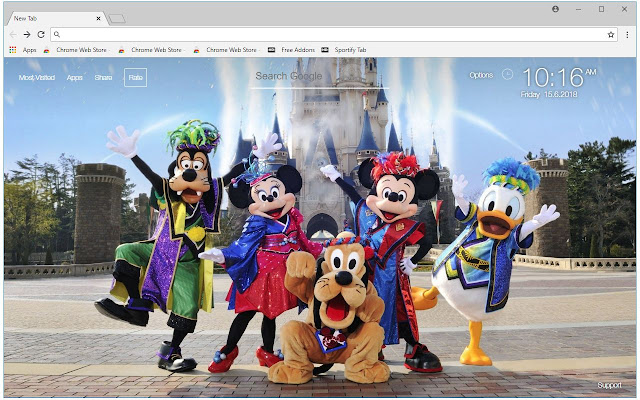 – Since its opening, Disneyland has undergone a number of expansions and major renovations, including the addition of New Orleans Square in 1966, Bear Country (now Critter Country) in 1972, Mickey’s Toontown in 1993, and the forthcoming Star Wars: Galaxy’s Edge in 2019.[2] Opened in 2001, Disney California Adventure Park was built on the site of Disneyland’s original parking lot.
– Disneyland has a larger cumulative attendance than any other theme park in the world, with 708 million guests since it opened (as of December 2017). In 2017, the park hosted approximately 18.3 million guests, making it the second most visited amusement park in the world that calendar year, behind only Magic Kingdom.[3] According to a March 2005 Disney report, 65,700 jobs are supported by the Disneyland Resort, including about 20,000 direct Disney employees and 3,800 third-party employees (independent contractors or their employees). 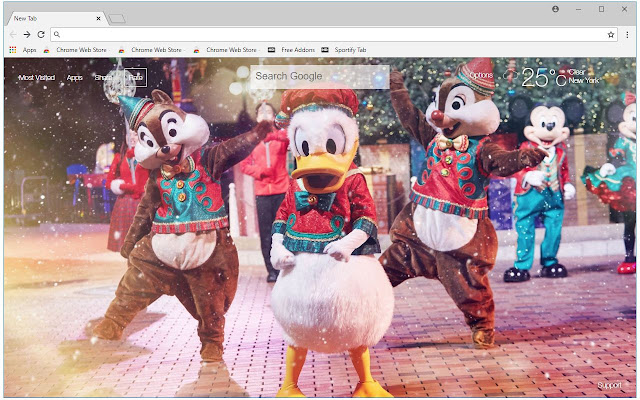