Install my Doctor Who New Tab Themes and enjoy HD wallpapers of the mysterious Doctor Who with everytime you open a new tab. 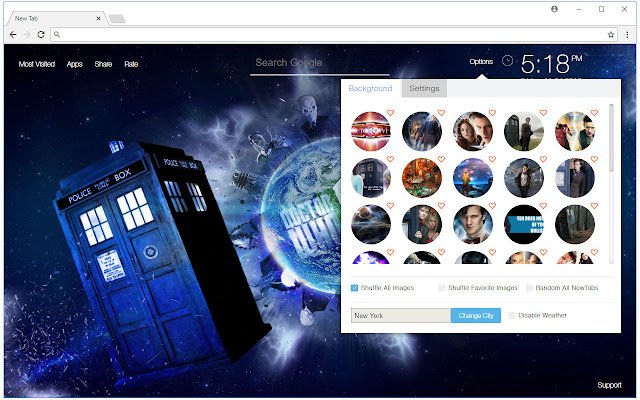 The extension is made by fans, for fans who like Doctor Who or TV shows in general… Visit our homepage for more HD wallpapers and newtab themes: https://freeaddon.com/ 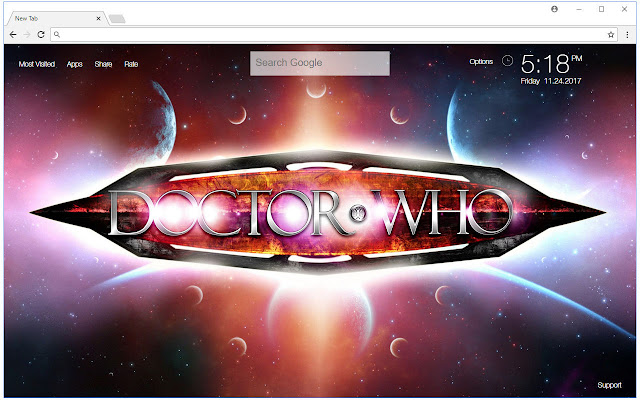 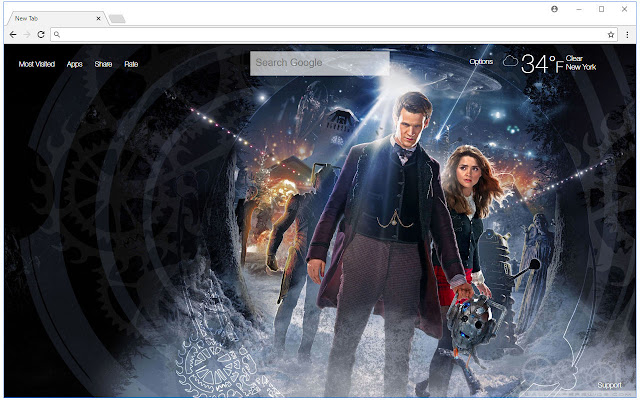 – Doctor Who is a British science-fiction television programme produced by the BBC since 1963. The programme depicts the adventures of a Time Lord called “the Doctor”, an extraterrestrial being from the planet Gallifrey. The Doctor explores the universe in a time-travelling space ship called the TARDIS. Its exterior appears as a blue British police box, which was a common sight in Britain in 1963 when the series first aired. Accompanied by a number of companions, the Doctor combats a variety of foes, while working to save civilisations and help people in need.
– The show is a significant part of British popular culture, and elsewhere it has gained a cult following. It has influenced generations of British television professionals, many of whom grew up watching the series.[4] The programme originally ran from 1963 to 1989. There was an unsuccessful attempt to revive regular production in 1996 with a backdoor pilot, in the form of a television film titled Doctor Who. The programme was relaunched in 2005, and since then has been produced in-house by BBC Wales in Cardiff. Doctor Who has also spawned numerous spin-offs, including comic books, films, novels, audio dramas, and the television series Torchwood (2006–2011), The Sarah Jane Adventures (2007–2011), K-9 (2009–2010), and Class (2016), and has been the subject of many parodies and references in popular culture.
– Twelve actors have headlined the series as the Doctor. The transition from one actor to another is written into the plot of the show with the concept of regeneration into a new incarnation – an idea introduced in 1966 to allow the show to continue after the departure of original lead William Hartnell who was becoming very ill at the time. The concept is that this is a Time Lord trait through which the character of the Doctor takes on a new body and personality to recover from a severe injury or anything that would otherwise kill a normal person. Each actor’s portrayal differs, but all represent stages in the life of the same character and form a single narrative. The time-travelling feature of the plot means that different incarnations of the Doctor occasionally meet. The current lead, Peter Capaldi, confirmed he would be leaving the show after the tenth series, with his final appearance being the 2017 Christmas special, “Twice Upon a Time”. In July, Jodie Whittaker was announced as the Thirteenth Doctor, the first woman to be cast in the role.
(Source: Internet) 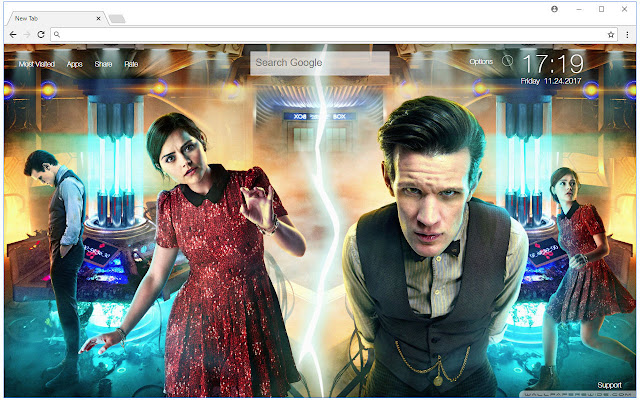 – IT WAS CREATED AS A KIDS’ SERIES.
– THE DOCTOR DIDN’T BECOME A “TIME LORD” UNTIL 1969.
– THE DOCTOR MAY OR MAY NOT BE A DOCTOR AT ALL.
– THE FIRST DOCTOR’S HEALTH PROBLEMS LED TO THE IDEA OF REGENERATION.
– CATHERINE ZETA-JONES COULD HAVE BEEN THE DOCTOR. 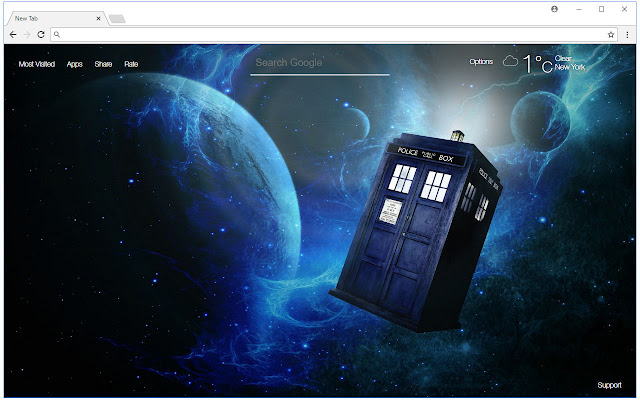