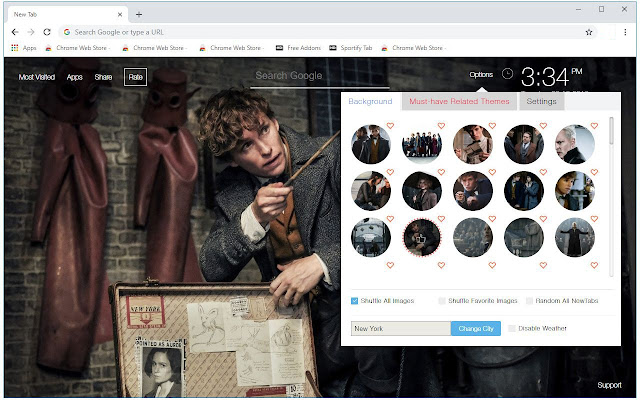 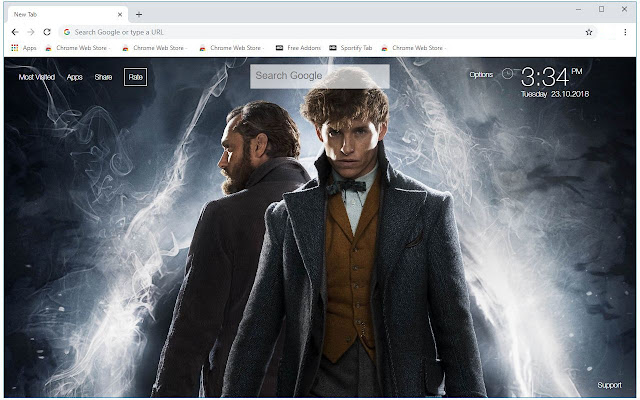 ★ What can you get from our Fantastic Beasts 2 themes?

First, you can enjoy a wide range of wallpapers in HD quality. You can shuffle all pics, or, shuffle your favorite Fantastic Beasts The Crimes of Grindelwald pics only. You can also select Slideshow option and enjoy a cool screensaver with wallpapers. And, you can use other free addon themes along with this Fantastic Beasts 2 new tab.

Finally, you can enjoy all these features (and more will be added on your requests) for free! Our Fantastic Beasts 2 extension does not include ads or any hidden catch! 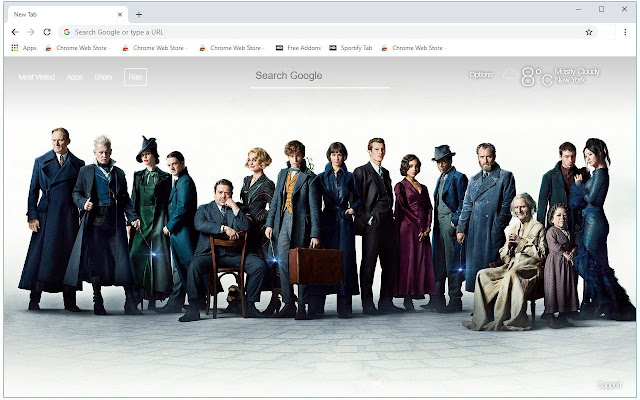 ★ About Fantastic Beasts The Crimes of Grindelwald:

– Fantastic Beasts: The Crimes of Grindelwald is a 2018 fantasy film directed by David Yates, with a screenplay by J. K. Rowling. A joint British and American production, it is the sequel to Fantastic Beasts and Where to Find Them (2016). It is the second instalment in the Fantastic Beasts film series, and the tenth overall in the Wizarding World franchise, which began with the Harry Potter film series. The film features an ensemble cast that includes Eddie Redmayne, Katherine Waterston, Dan Fogler, Alison Sudol, Ezra Miller, Zoë Kravitz, Callum Turner, Claudia Kim, William Nadylam, Kevin Guthrie, Jude Law, and Johnny Depp. The plot follows Newt Scamander and Albus Dumbledore as they attempt to take down the dark wizard Gellert Grindelwald, while facing new threats in a more divided wizarding world. 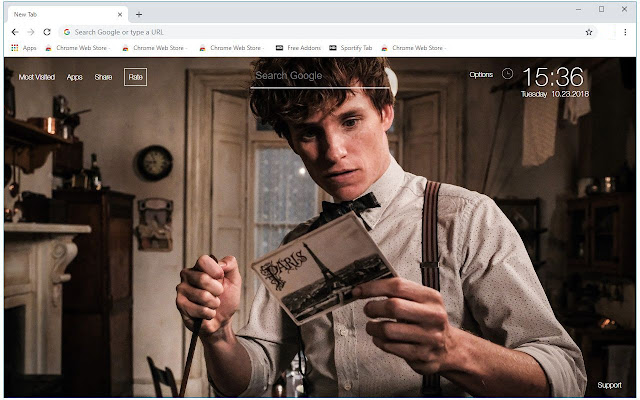 ★ About Fantastic Beasts The Crimes of Grindelwald:

– Principal photography for the film began at Warner Bros. Studios, Leavesden London in July 2017. Filming also took place in England, including London, Switzerland, and Paris. Fantastic Beasts: The Crimes of Grindelwald premiered in Paris on 8 November 2018 and is scheduled to be released worldwide on 16 November 2018, in Real D 3D, Dolby Cinema and IMAX, by Warner Bros. Pictures. The film received mixed reviews from critics, who praised its entertainment value as well as Law and Depp’s performances, but criticized the “needlessly complicated, low-stakes plot.” 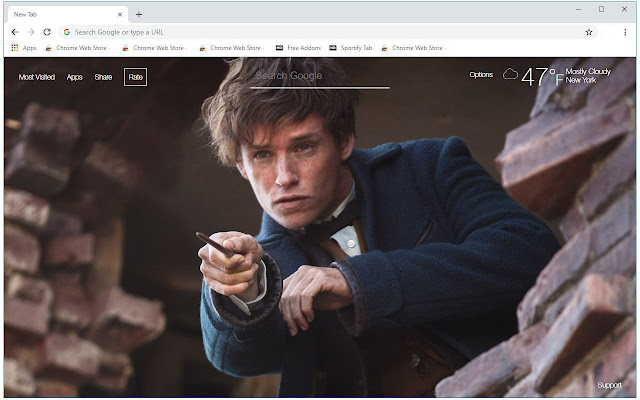