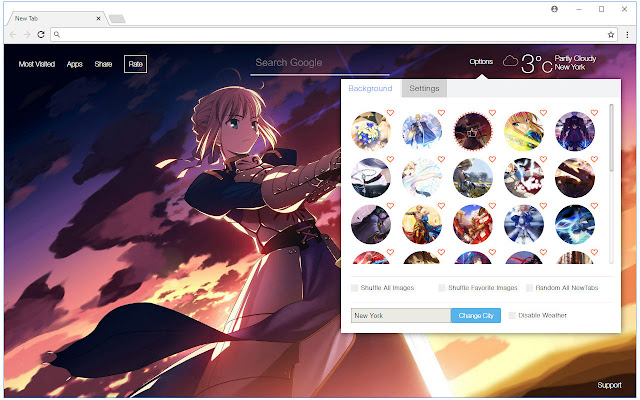 The extension is made by fans, for fans who like Fate Stay Night, Fate series, and characters like Saber, Archer, Shirou Emiya, Rin Tohsaka, Illyasviel von Einzbern, Lancer, Nero, Jeanne d’Arc, or anime in general… Visit our homepage for more HD wallpapers and newtab themes: https://freeaddon.com/ 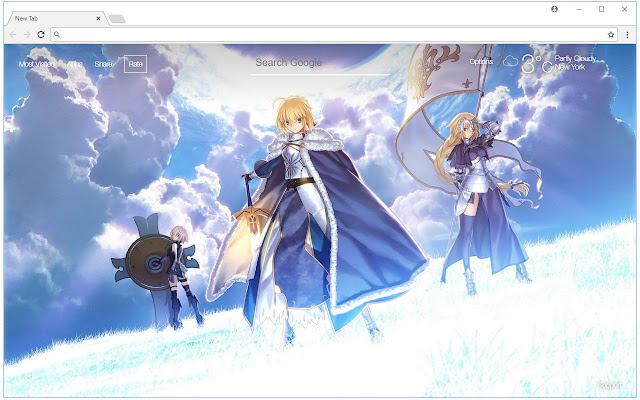 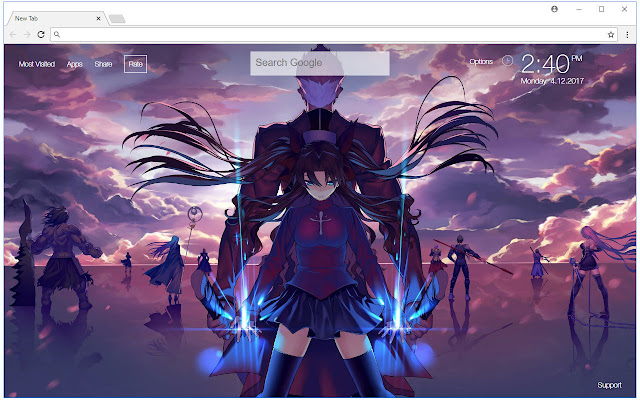 – Fate/stay night (Japanese: フェイト/ステイナイト Hepburn: Feito/Sutei Naito) is a Japanese visual novel developed by Type-Moon, which was originally released as an adult game for Windows. A version of Fate/stay night rated for ages 15 and up titled Fate/stay night Réalta Nua (Irish for “new stars”), which features the Japanese voice actors from the anime series, was released for the PlayStation 2 and later for download on Windows as a trilogy covering the three main story lines. Réalta Nua was also ported to the PlayStation Vita. On October 28, 2005, Type-Moon released a sequel to Fate/stay night, titled Fate/hollow ataraxia. Its plot is set half a year after the events of Fate/stay night.
– A manga series adaptation by Datto Nishiwaki was serialized in Kadokawa Shoten’s Shōnen Ace magazine between the February 2006 and December 2012 issues. In 2007, the manga was licensed for an English-language release in North America by Tokyopop. A 24-episode anime series created by Studio Deen aired in Japan between January and June 2006. Sentai Filmworks has licensed the television series and re-released the series on DVD and for the first time on Blu-ray Disc. A film adaptation by Studio Deen was released in Japanese theaters on January 23, 2010. A second anime television series, Fate/stay night: Unlimited Blade Works, was produced by Ufotable and aired between October 2014 and June 2015, following the game’s second route as opposed to the first. A second manga adaptation began in 2015 focusing solely on the third route. Three consecutive films have also been announced which also adapt the Heaven’s Feel route of the visual novel.
– A series of light novels titled Fate/Zero, set as a prequel to Fate/stay night, were produced from 2006 to 2007, with an anime adaptation by Ufotable airing between October 2011 and June 2012. A spin-off magical girl manga series, Fate/kaleid liner Prisma Illya, began serialization in 2012 and has received multiple anime television series. Three fighting games have been released: Fate/unlimited codes for arcades and PlayStation 2, Fate/tiger colosseum and its sequel Fate/tiger colosseum Upper for PSP. A PSP RPG titled Fate/Extra was released on July 22, 2010, and a sequel and companion game, Fate/Extra CCC, was released on March 28, 2013. An online RPG titled Fate/Grand Order was released on Android on July 29, 2015, followed by an August 12 release on iOS; an anime film adaptation by Lay-duce was released on December 31, 2016. 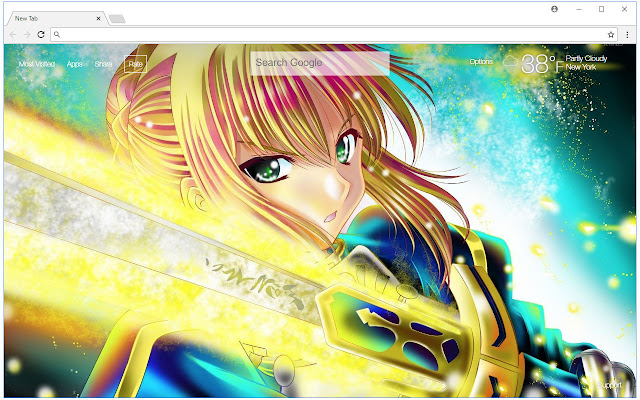 – The fate Stay Night anime is based off of a bishoujo game from Type-Moon that was the bestselling game in Japan for 2004.As is know,
– The original Fate/stay night game had three possible scenarios, each featuring both Emiya Shirou and a female lead; Fate (Saber), UnlimitedBlade Works (Tohsaka Rin), and Heaven’s Feel (Matou Sakura). The anime primarily follows the events chronicled in “Fate”, with a few sequences from “Unlimited Blade Works” meshed in.
– Fate stay night Follows the same universe as Tsukihime- also by Type-Moon
– The assasin is not the only servant who isnt based on folklore, the archer is actually an adult shiro, it is noted in the game but not the anime.
– The summoned servant of Rin Tohsaka, Archer, is actually an adult form of Emiya Shiro. This is made known during the Unlimited Blade Works scenario of the original Fate/Stay Night PCgame. 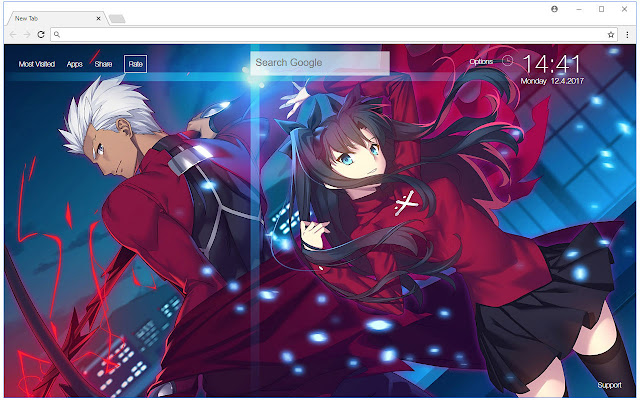