Install my Gintama New Tab Themes and enjoy HD wallpapers of the emotional Gintama anime with everytime you open a new tab. 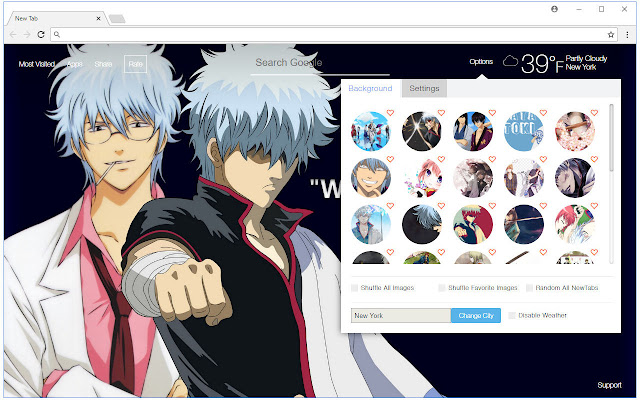 The extension is made by fans, for fans who like Gintama and Gintama characters like Gintoki Sakata, Kotoro Katsura, Shinsuke, Tae Shimura, Okita Sougo, Kagura, Kondo Isao, Shimura Shinpachi, Hijikata, or anime in general… Visit our homepage for more HD wallpapers and newtab themes: https://freeaddon.com/ 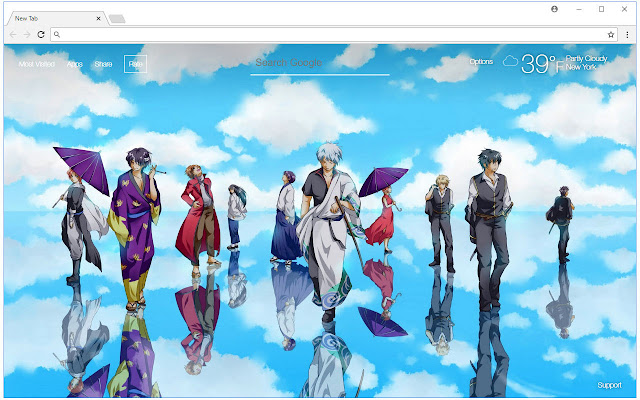 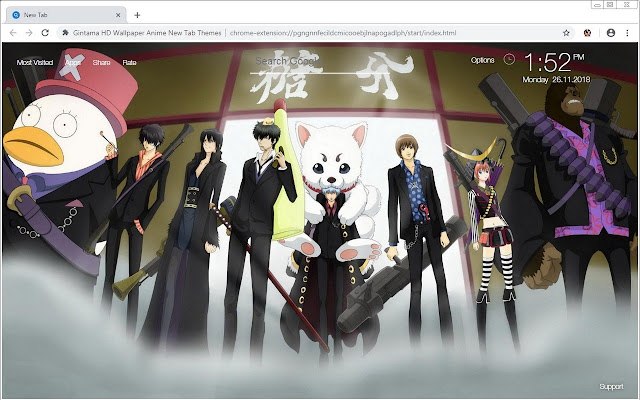 – Gintama(Japanese: 銀魂 Hepburn: Gintama, “Silver Soul”), also styled as Gintama, is a Japanese manga written and illustrated by Hideaki Sorachi and serialized, beginning on December 8, 2003, in Shueisha’s Weekly Shōnen Jump. Set in Edo which has been conquered by aliens named Amanto, the plot follows life from the point of view of samurai Gintoki Sakata, who works as a freelancer alongside his friends Shinpachi Shimura and Kagura in order to pay the monthly rent. Sorachi added the science fiction setting to develop characters to his liking after his editor suggested doing a historical series.
– The series has been adapted into an original video animation (OVA) by Sunrise and was featured at Jump Festa 2006 Anime Tour in 2005. This was followed by a full anime series, which debuted on April 4, 2006, on TV Tokyo and finished on March 25, 2010. A sequel titled Gintama’ first premiered in Japan on April 4, 2011 and ended on March 26, 2012, before returning once again for a brief run from October 4, 2012 to March 28, 2013. A continuation of the TV anime series titled Gintama° began airing on April 8, 2015, and ended on March 30, 2016. Two animated films have also been produced. Besides the anime series, there have been various light novels and video games based on Gintama. A live action film adaptation of the same name was released on July 14, 2017 in Japan by Warner Bros. Pictures.[2] A new anime series continuing after the events in the Gintama° anime series, named Gintama. premiered on January 9, 2017.
– The manga has been licensed by Viz Media in North America. In addition to publishing the individual volumes of the series, Viz serialized its first chapters in their Shonen Jump manga anthology. It debuted in the January 2007 issue, and was serialized at a rate of one chapter a month. Sentai Filmworks initially licensed the series. The website Crunchyroll purchased the anime’s streaming rights and home video rights.
– In Japan, the Gintama manga has been popular, selling over 50 million copies, making it one of the best-selling manga series. The anime and its DVDs have been featured, at various times, in Top Ten rankings of their respective media, while TV Tokyo has announced that the first Gintama anime was responsible for high sales overseas along with the anime adaptation from Naruto. Publications for manga, anime and others have commented on the Gintama manga. Positive responses have focused on the comedy and characters from the series, as well as its overarching plot and action choreography.
(Source: Wikipedia) 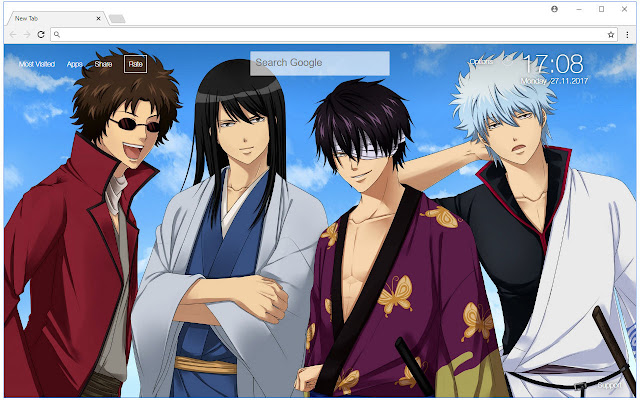 – Kagura is the first Shonen Jump heroine to vomit.
– Okita Sougo is based on a captain of the first unit of the Shinsengumi.
– Otsu’s character design was originally Sougo’s original design, but was changed later on because only men were allowed in the Shinsengumi.
– Kagura was supposed to be much taller. But the editor disagreed, saying he wanted her to be more cute.
– Gintoki’s design was originally going to be the design for Hijikata. 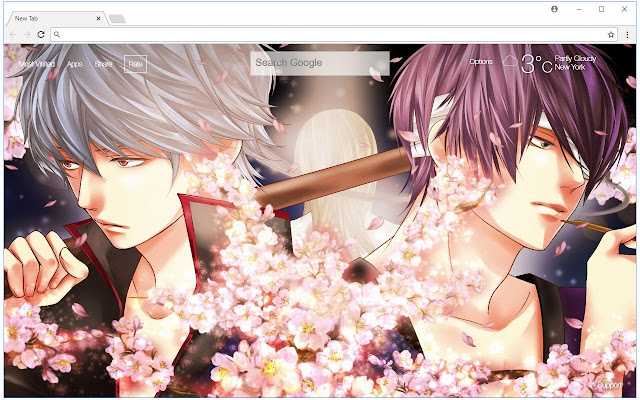