Install my Halo 5 New Tab Themes and enjoy HD wallpapers of the glorious Halo 5 Guardians with everytime you open a new tab. 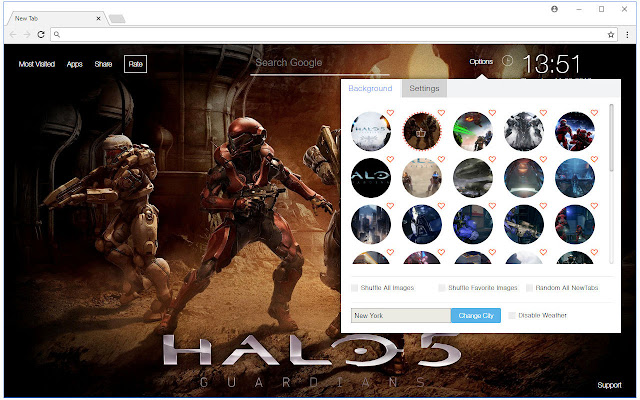 The extension is made by fans, for fans who like Halo 5, Halo franchise, or FPS Shooters games in general… Visit our homepage for more HD wallpapers and newtab themes: https://freeaddon.com/ 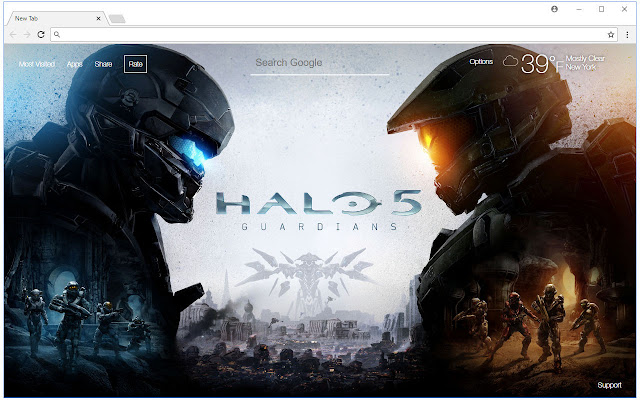 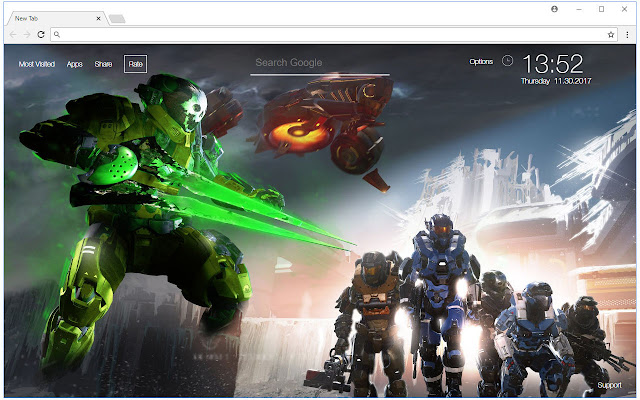 – Halo 5: Guardians is a first-person shooter video game developed by 343 Industries and published by Microsoft Studios for the Xbox One home video game console. The tenth installment and fifth main entry in the Halo series, it was released worldwide on October 27, 2015. The game’s plot follows two fireteams of human supersoldiers: Blue Team, led by Master Chief, and Fireteam Osiris, led by Spartan Locke. When the former goes absent without leave to track down the artificial intelligence construct Cortana, Master Chief’s loyalty is called into question, and Fireteam Osiris is sent to retrieve him.
– 343 Industries started to plan concepts and objectives for Halo 5 shortly after the release of its predecessor, Halo 4. In late 2012, the team set out goals for the game, including larger campaign and multiplayer areas. Like Halo 4, it uses motion capture for character animation. It features new abilities and character designs, but does not feature any offline capabilities or local networking. It has a game engine that scales its resolution to maintain a frame rate of 60 frames per second.
– Microsoft announced Halo 5 for the Xbox One at Electronic Entertainment Expo 2013. A podcast titled Hunt the Truth marketed the game, focusing on Master Chief’s backstory. The game and its related hardware grossed over US$400 million in its first twenty-four hours and US$500 million in its first week, outselling Halo 4, which then held the best-selling record for the franchise. Upon release, Halo 5 received generally positive reviews from critics, with praise directed at its gameplay, visuals, level design and multiplayer modes. However, the game’s single-player campaign met divided responses, with criticism directed at its short length, story, writing and ending. 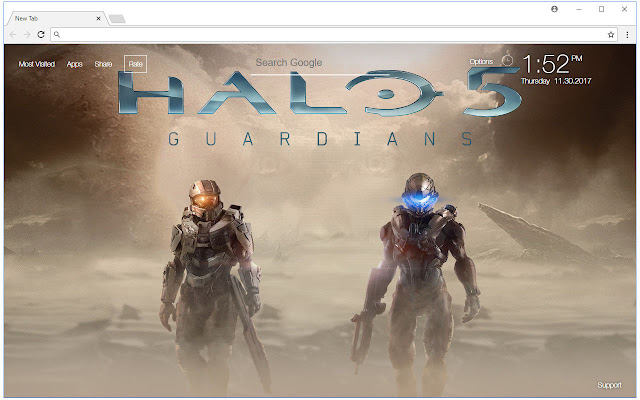 – There are 117 hidden intel objects scattered around the campaign levels. The reward for finding them all is still unknown but if you’re a multiplayer fanatic you’d be hoping for a shiny weapon or armour skin!
– SKULLS! There are thirteen skulls hidden amongst the campaign which have a wide range of effects on your gameplay, from enemies becoming grenade happy, to removing your HUD and reticle (as if the game isn’t hard enough). A personal favourite amongst fans is the “I Would’ve Been Your Daddy Skull” (IWHBYD) Skull which causes rare and often hilarious dialogue for both enemy and allied AI.
– Legendary Ending – If you are tough enough to complete the campaign on ‘Legendary’ difficulty then you’ll be gifted with an extended ending which hints towards what will happen on Halo 6.
– Grunt Control to Major Tom – If you sit on the main menu screen for around six or so minutes you’ll notice that a grunt floats past the UNSC Infinity..well worth the wait.
– Halo 5’s internal code name for your AI companions (Blue Team and Fire team Osiris) was “Musketeers” 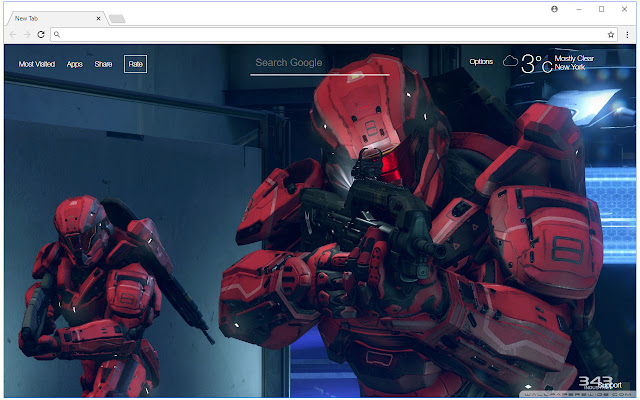