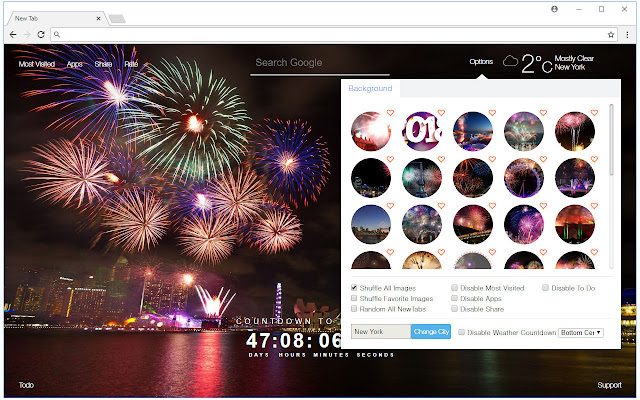 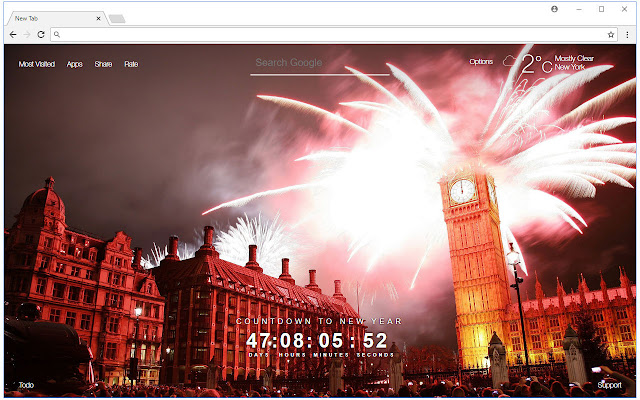 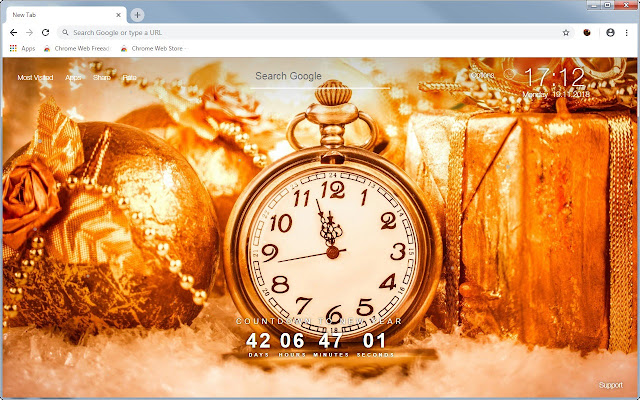 In the Gregorian calendar, New Year’s Eve (also known as Old Year’s Day or Saint Sylvester’s Day in many countries), the last day of the year, is on December 31 which is the seventh day of the Christmas season. In many countries, New Year’s Eve is celebrated at evening social gatherings, where many people dance, eat, drink alcoholic beverages, and watch or light fireworks to mark the new year. Some Christians attend a watchnight service. The celebrations generally go on past midnight into New Year’s Day, January 1.

Samoa, Tonga and Kiritimati (Christmas Island), part of Kiribati, are the first places to welcome the New Year while American Samoa and Baker Island in the United States of America are among the last. 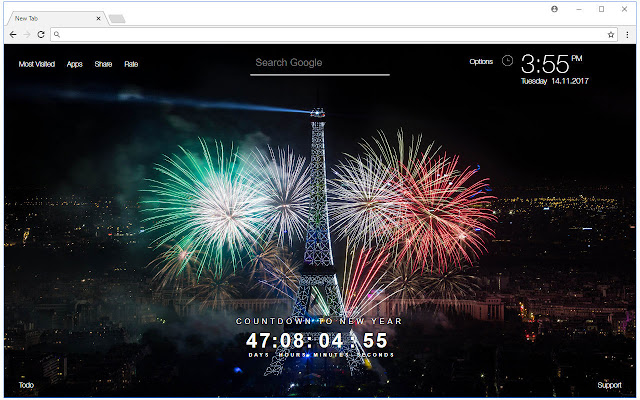 – December 31, 2016 and January 1, 2017 – New Year’s Eve and New Year’s Day are on a Saturday and Sunday.
– New Year’s is the time when many people traditionally make resolutions to break bad habits or start good ones.
– Most New Year’s traditions are believed to ensure good luck for the coming year. Many parts of the United States observe the tradition of eating black-eyed peas on New Year’s Day for good luck.
– In Korea and some other Asian countries, when you are born, you are considered one year old and everyone’s age increases one year on New Year’s. So if you were born on December 29th, on New Year’s day, you will be considered 2 years old.
– On New Year’s Day in 1976, a man named Danny Finegood changed the Hollywood sign to “Hollyweed” as a college prank in order to celebrate the decriminalization of marijuana and got an “A” for it. 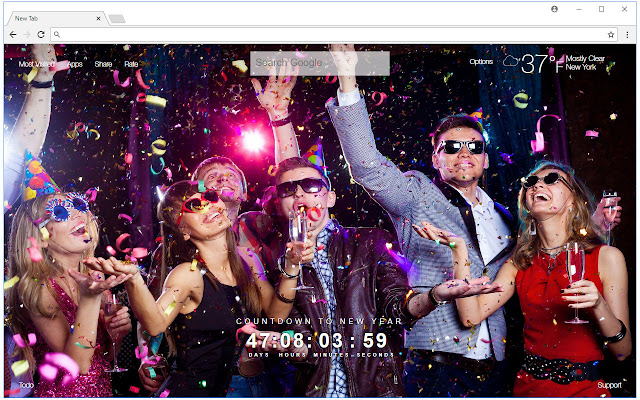