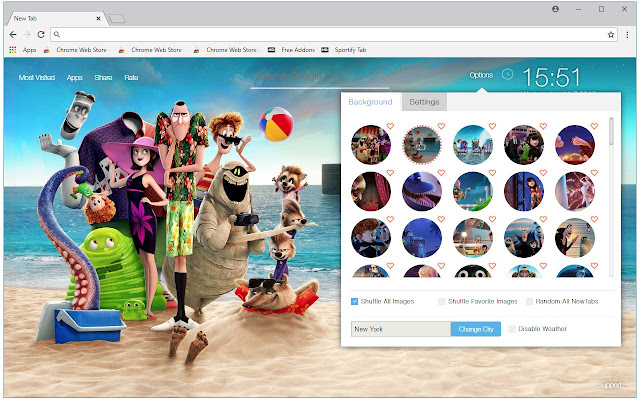 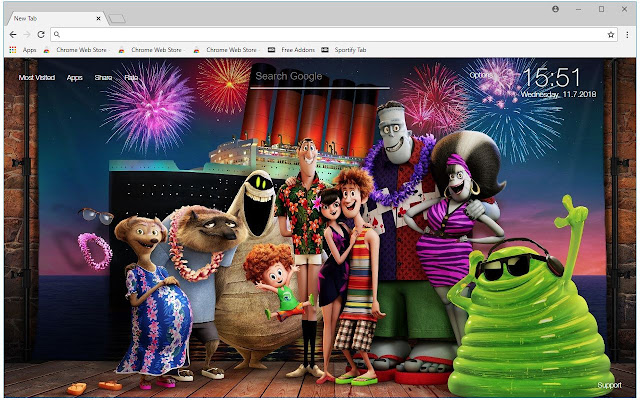 ★ What can you get from our Hotel Transylvania 3 themes?

Second, the extension provides quick navigation to your most visited sites, Chrome apps like Gmail, or quick reminder with To-Do List right on the theme. Date, time and weather forecast can also be shown on Hotel Transylvania 3 new tab if you need. 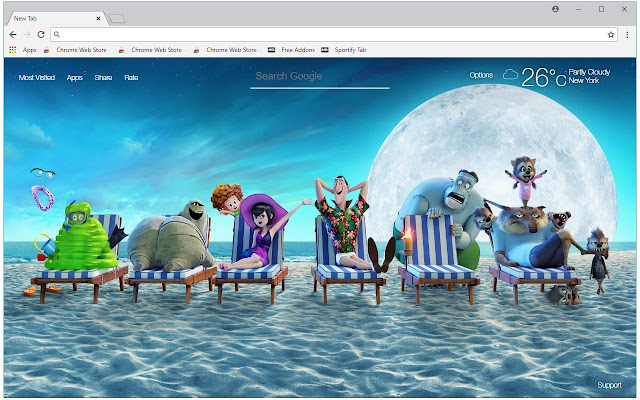 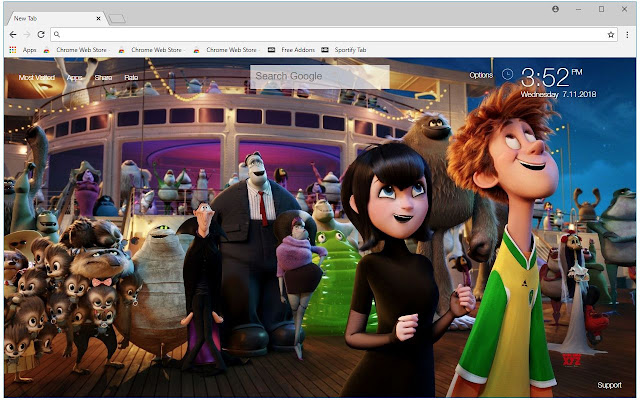 – Hotel Transylvania 3: Summer Vacation premiered at the Annecy International Animated Film Festival on June 13, 2018, and was theatrically released in the United States on July 13, 2018. The film received mixed reviews from critics and has grossed $285 million worldwide, against a budget of $80 million. 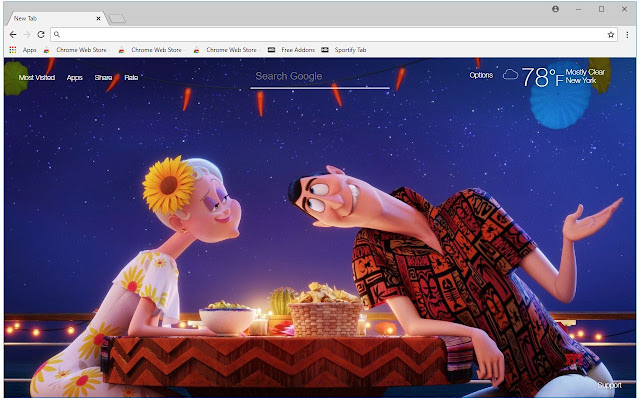