Install my Inuyashiki New Tab Themes and enjoy HD wallpapers of the brutal Inuyashiki anime with everytime you open a new tab. 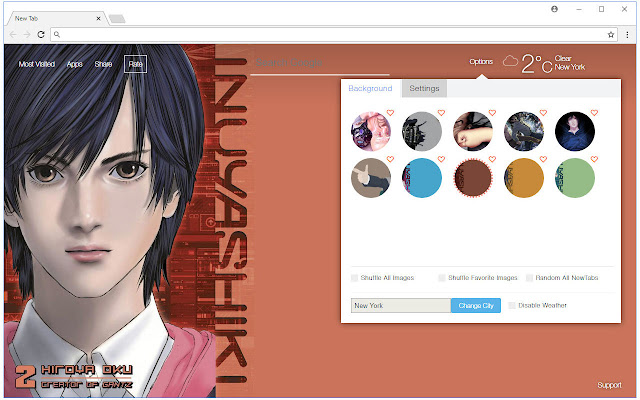 The extension is made by fans, for fans who like Inuyashiki and characters like Inuyashiki Ichiro, Shishigami Hiro, GantZ or anime in general… Visit our homepage for more HD wallpapers and newtab themes: https://freeaddon.com/ 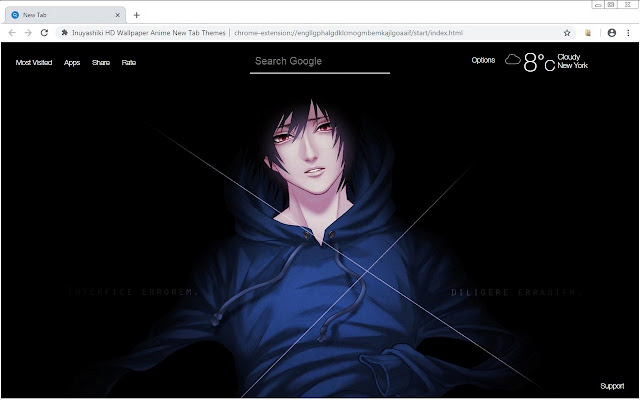 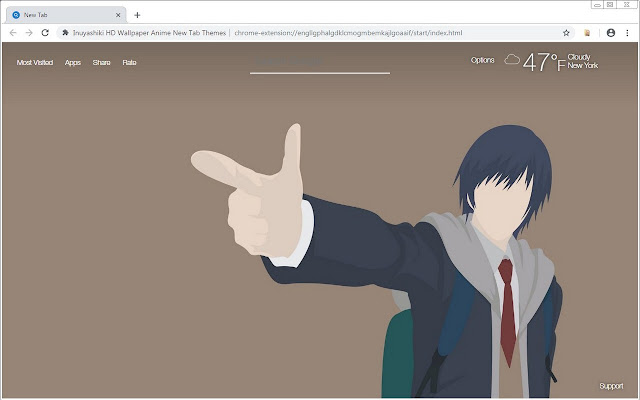 – Inuyashiki (いぬやしき) is a Japanese science fiction manga series written and illustrated by Hiroya Oku. Inuyashiki debuted in the January 2014 issue of Kodansha’s seinen manga magazine, Evening and ended in July 2017. Ten compilation volumes have been published.
– The story: Inuyashiki Ichiro is an elderly, friendless man with an uncaring family. One fateful evening, he is struck by a mysterious explosion in a public park, which is of extraterrestrial origin, and his body is replaced by an incredibly powerful, but still outwardly human, mechanical body. He quickly realizes the extent of his body’s powers, and after saving a homeless man being beaten by a pack of teenagers, he decides to dedicate himself to doing good, using his powers to heal those with incurable diseases and fight crime.
However, a teenager who was with him at the time of the explosion, Shishigami Hiro, had the same fate as Ichiro, but unlike Inuyashiki, Shishigami becomes a psychopath who goes about using his new found abilities to murder people, from classmates that annoy him to innocent families, including young children, just for amusement. His acts of merciless cruelty brings him the attention of the police, who can do nothing to stop him, even as it does not take long for Hiro to become the most wanted and dangerous criminal in the country. The series then keeps following these two different individuals who once shared the same, bizarre experience, as their paths are destined to clash, and in the end, their ultimate fates.
(Source: Wikipedia) 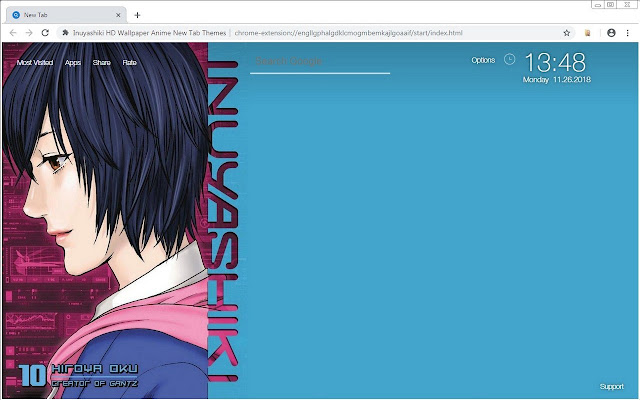 ABOUT HIROYA OKU, AUTHOR OF INUYASHIKI:

– Hiroya Oku (奥 浩哉 Oku Hiroya, born September 16, 1967) is a manga artist who is the creator of Gantz, Zero One and HEN, all of which have been serialized in Weekly Young Jump. He is finished working on his most renowned manga, Gantz, which began in July 2000. His manga often contain explicit violence and gore, as well as sexual content.
– He won the second prize of the Youth Manga Awards in 1988, under the pen name Yahiro Kuon.
– He designed a character for Namco Bandai’s Xbox 360 and PlayStation 3 fighting game, Soulcalibur IV named Shura. 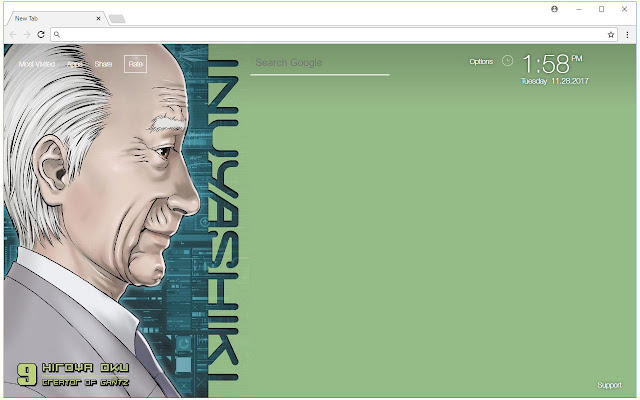