Install my Just Because New Tab Themes and enjoy HD wallpapers of the heartwarming Just Because anime with everytime you open a new tab. 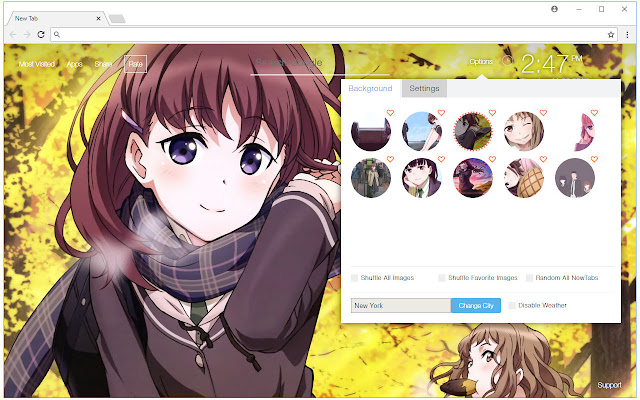 The extension is made by fans, for fans who like Just Because, or anime in general… Visit our homepage for more HD wallpapers and newtab themes: https://freeaddon.com/ 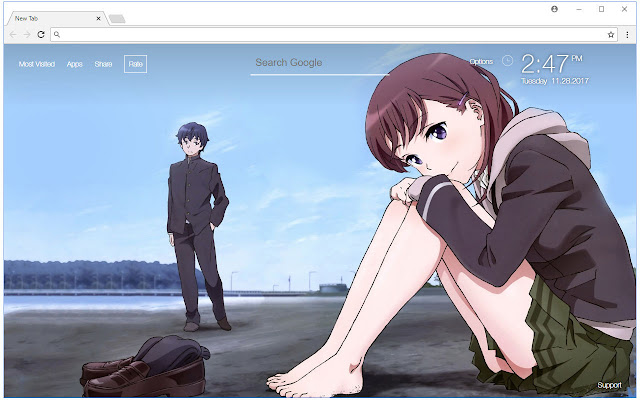 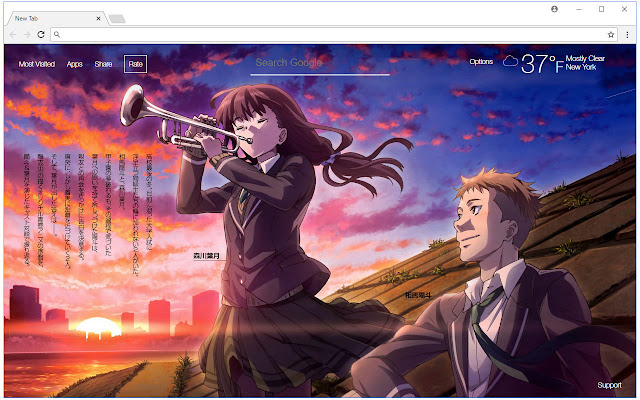 – Just Because! is an original anime that is being produced by PINE JAM. The story is being written by Hajime Kamoshida, the author of “The Pet Girl of Sakurasou” light novel series. The original character design is being handled by Kiseki Himuro, the author of the Sword Art Online Progressive manga. While the anime character design is being handled by Hiroyuki Yoshii, the author of the Getsuyoubi no Tawawa (Tawawa on Monday) manga series. In North America, it was licensed by Sentai Filmworks. It began airing on October 5, 2017.
– Story: Everyone has thought they would spend their remaining few high school days without much happening until he returns suddenly. Eita Izumi, who moved away four years ago when he was in junior high, comes back as a transfer student and reunites his old friends. Then their daily life starts changing gradually.
(Source: Wikipedia) 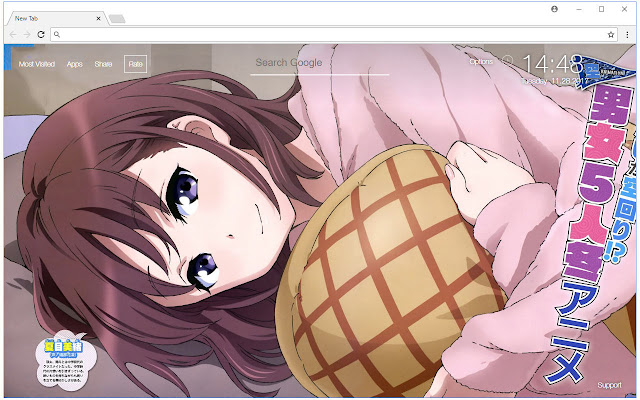 SOME JUST BECAUSE EARLY REVIEWS FROM MYANIMELIST:

– Shirt: This show requires at least two episodes to find if it’s your flavor. Watch a third and you’re in for the long run.

StOrY 8/10
The story is slow as first and moves similar to a train. Once you are at a cruise, you feel very comfortable. You watch the scenery just fly by while losing yourself in your own thoughts. After 3 episodes, you will find yourself thinking about what will happen with the love triangles, relationships, and school lives of the characters.

ArT 7/10
The artwork reminds me of certain old movies but it is very suitable for this kind of storytelling. Sometimes can convey a mood of depression or just normalcy. As if nothing extraordinary is going to happen. I think it allows you to focus more on the emotions being laid out to the viewer.

Oh and the lighting detail is very charming. I can’t ignore that. I love the art.

SoUnD 7/10
I’ll be honest, I was so engrossed in the visuals and story that I didn’t notice the soundtrack. Some shows actually do a bad job with synchronizing what’s happening or transitions in scenes. You won’t experience that here. More often than not, there isn’t any music. Just the natural environment. It does its job and that’s what matters- to set the mood.

ChArAcTeR 8/10
The characters do seem boring or bland at first. But they all have somewhere they want to go and are hung up in some way with their own feelings and inexperience. Izumi might be the most interesting to watch because he doesn’t say much but his actions do all the work. He’s very likable. I feel like they could express themselves a little more but I’m pretty satisfied with what I’m getting.

EnJoYmEnT 7/10
It’s a slice of life/romance. The comedy is scarce but the drama is ever building. I’m 6 episodes in and the cliffhanger is REALLY good.. I’m enjoying what I’m seeing and I can’t comment more on that. If you don’t have patience, pass on this one.

The show isn’t finished airing but going in with little expectation and knowing it was a slow show that requires two episodes to get into, I am very happy with what I’ve seen so far. I’m definitely looking forward to next week.

– plastiquedoll: I’m a big fan of the romance/drama type of slice of life, which is why I was fairly happy to stumble upon Just Because! in this season. Mood and setting of the anime are quite fitting for winter, so you’ll be likely to identify when watching this right now.

Story
The anime starts off with a transfer student coming back to Tokyo for his last half year of high school, after his father was transferred back from Fukuoka. He’s soon reunited with his long lost best friend from middle school and is finding himself confronted with some unresolved things from the past. As the story continues, the characters have to face the reality of graduation and resolving their plans for the future, while love and disappointments are quite hard to handle too.
This seems quite uninteresting at first -you know, just your typical life of life story- but the characters get interesting and after two episodes I was hooked.

Art
The art, well, nothing all too special, but the natural colors and realistic settings (if you were in Tokyo (Enoshima) before, you’ll recognize some parts) are comforting and easy to watch. The story is set in winter and the colors are therefore not too saturated. I like the character design because it’s not too ‘sparkly’, the characters have their own trademarks and don’t look all the same. Another thing that I found to be interesting was the format of dialogue via messaging, as the characters use a lot of LINE.

Sound
It’s super refreshing to hear some new voices, especially Izumi and Natsume’s seiyuu sound super good and I hope they’ll get more jobs soon! The BGM is subtle and there are some nice pieces from time to time too, I’d say it underlines the plot when it has to.

Character
Very diverse cast and character development is expected (Episode 5). I like how the characters have their families introduced as well, their motives are clear and you get attached to them very easily.

Overall
The theme of this anime and the general undertone are quite melancholic and emotional. It displays the different notions of adulthood and difficulty of being honest with your feelings, as sometimes you’ll just don’t know what is best for yourself in this moment. Will you be able to keep up with the people you love when you tell them you do, even though their precious friends and you might lose them? Or would you rather shut all those feelings uptight in your heart and deny they’re even there? Do you even want to know? If you ever were confronted with those questions, have a look at this anime. I think it might carry a very soothing subliminal message. 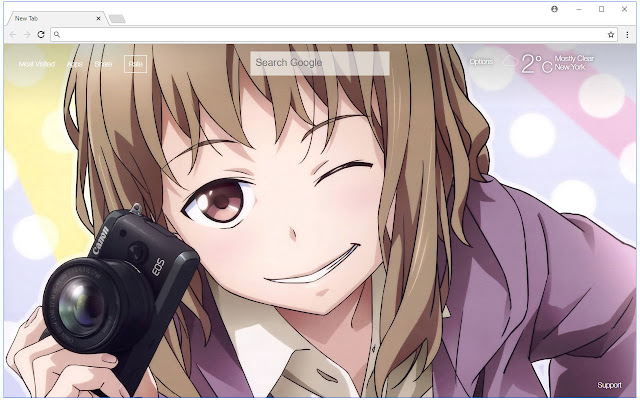