* WARNING: THERE MAY BE MILD SPOILERS AHEAD *

Of course, every DC Comics fan should already know about Justice League by now. But people who are not familiar with DC Universe or comics in general may find it hard to keep track all the core characters besides the iconic Superman and Batman. 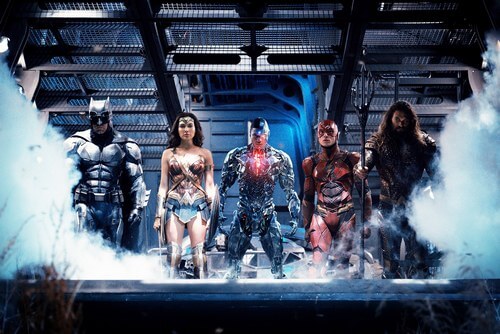 In Justice League 2017, the founding members featured in the film also share similar origins like the New 52. There may be a slight difference here and there but overall, long-time DC fans will feel familiar with these on-screen heroes. There are 5 members in the film, including Batman, Wonder Woman, The Flash, Aquaman, and Cyborg.

The film picks off what left in Batman V Superman Dawn of Justice as Superman is supposed to be “dead”. After several months, a new threat arises when Steppenwolf – a powerful general of Darkseid arrives and he is believed to bring destruction to Earth. Since Superman was dead, Batman and Wonder Woman decide to gather new allies if they want to defeat such a great calamity. Hence, they set out to seek new superheroes capable of protecting Earth, including The Flash, Aquaman, and Cyborg. Together, they form a new team called Justice League with mission to defend Earth against Steppenwolf and his raging army. 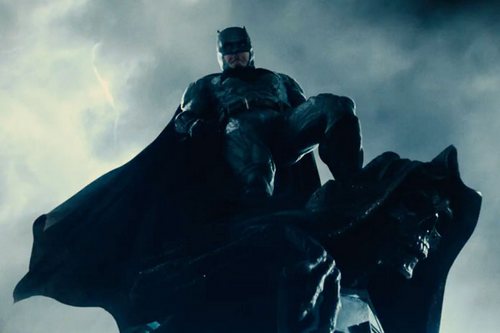 In terms of sound, we generally do not feel any problem with sound and music in Justice League 2017. It is solid and really befitting the theme of superheroes team and glorious actions.

In terms of visual, we think that the sceneries and the character designs are pretty gorgeous, especially the character designs. Of course appearance doesn’t make a good character, but with talented casts, the characters we all familiar in comics really come to life. That said, we agree that The Flash’s costume may need a bit more work, but in general, we don’t feel bothered by his appearance.

Now to the visual’s downside. First of all, we have full CGI characters like Cyborg and Steppenwolf. Cyborg may look impressive at first with his flashy CGI metal body. Yet, after taking a closer look at the details and Cyborg in action, the metal body is kind of… having too much details and somehow… weird. Fortunately, Cyborg’s interaction with other characters is believable and makes him feel real. On the other hand, Steppenwolf’s full CGI body doesn’t work well. He doesn’t feel imposing from viewers’ perspective, which is quite a bad thing for a villain. Secondly, if you don’t like CGI then you may feel extremely annoyed with Justice League 2017’s visual. There are tons of CGI and not of all them look good (we are look at you again Steppenwolf).

Overall, the sound and visual of Justice League 2017 is decent, yet it can be annoyance to fans due to many not-so-beautiful CGI scenes.

There is a particular weak point in almost all movie adaptations from comics and manga: story-telling and pace. The main reason for it is that movie adaptations tend to copy so many plots from comics or manga, especially when most movies are limited to 2-hour length. Therefore, there is no surprise when Justice League 2017 suffers from the same issue.

Each hero has his own story… 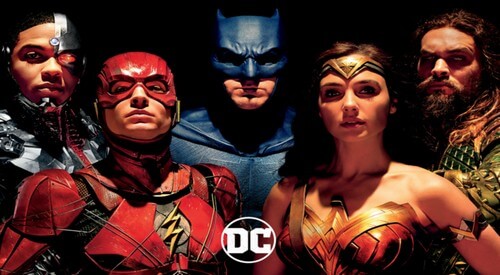 As you already know, Justice League 2017 tells the story of how Justice League is founded. There are 5 founding members in the movie: Batman (Ben Affleck), Wonder Woman (Gal Gadot), The Flash (Erza Miller), Aquaman (Jason Momoa), and Cyborg (Ray Fisher). You will notice that there is no Superman (well… he was already “dead” anyway) and Green Lantern (probably they have to cut him out due to the time limit). Martian Manhunter doesn’t make appearance but this is more likely due to the New 52 Justice League we mentioned above.

So what about the other founding members? Batman and Wonder Woman are solid as always. They certainly show character developments since they already have prior movies. The Flash, Aquaman, and Cyborg do have good introductions and share equal on-screen time. However, viewers who are not familiar with the comics will still have problem in understanding all these characters. For DC fans, it will be a delight to see our favorite heroes in action and we know why they do certain things.

… And when heroes band together 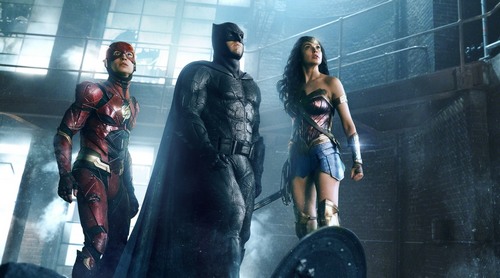 … But we will always win! (Source: Internet)

Story-wise, Justice League 2017 is pretty straight-forward: a superheroes team gathers and defeats a great evil. There is no significant plot twists, no mind-blowing events. Also, unlike the previous Batman V Superman Dawn of Justice and Wonder Woman movie, there are more comedy elements in here. Luckily, funny jokes and events are good and they don’t feel out of place. If you like good jokes, you should check out Erza Miller‘s The Flash and Jason Momoa’s Aquaman. Good thing is, despite some comedic elements, these heroes are not ridiculous and they have plenty of epic scenes.

On the other hand, as we mentioned: Justice League 2017 still has the pacing and story-telling inconsistency issue. There are tons of things happening in the movie but most of them come and go so fast. There are scenes where members have conflict with each other, but they are quickly forgotten. Steppenwolf doesn’t create a sense of danger since he is also quickly forgotten when the story progresses. As the results, there will be many events in which DC fans can understand, but for the others, it will be hard to understand why certain characters do certain things. That said, he can’t hardly blame film-makers team since Zack Snyder had to leave the production early (here is why) while Joss Wheldon continued his work. As the results, the film has a fair share of re-shoot scenes and it feels inconsistency with certain scenes.

So in general, the movie’s story is enjoyable, not outstanding, not mind-twisting, but enjoyable. Now, we can hardly say whether this is a bad thing or not since we really enjoy the movie. But those who seek more serious and twisting story will probably feel disappointed.

Pros:
+ Enjoyable story with balanced comedic and serious tones.
+ Enjoyable characters with decent on-screen time and epic scenes.
Cons:
+ Inconsistency in pacing and story-telling.
+ The story can be confusing for those who are not into DC Comics.

This is definitely the strongest point of Justice League the movie. As we mentioned, all characters shared equal amount of on-screen time and they all have epic moments. Of course we already know Ben Affleck’s Batman and Gal Gadot’s Wonder Woman who have already appeared in previous movies. They still did great job in this movie. Other three members: Erza Miller’s The Flash, Jason Momoa’s Aquaman, and Ray Fisher‘s Cyborg are interesting to watch, especially when this is the first time they appear in movie. 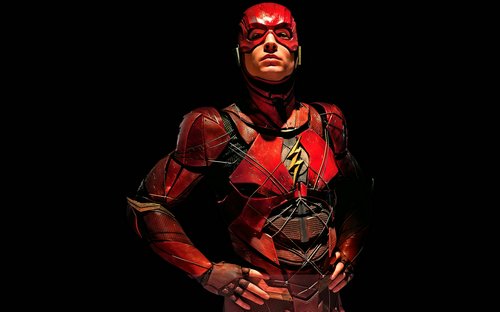 How about the new Flash? (Source: Internet)

Some of us may feel disappointed when Grant Gustin didn’t play as The Flash in this movie (although he played The Flash in the TV series with the same name). This time, we are introduced with a new Flash, portrayed by Erza Miller. And before you have any judgment about his costume, Erza Miller’s Flash is really excellent. The Flash in this version is sort of… funny guy in the team as you may guess from trailers. That aside, Erza Miller really pulls out The Flash’s traits, he feels real in this movie. There will definitely be certain differences from Grant Gustin’s Flash but nonetheless, we still get the feeling of The Flash we are familiar with. 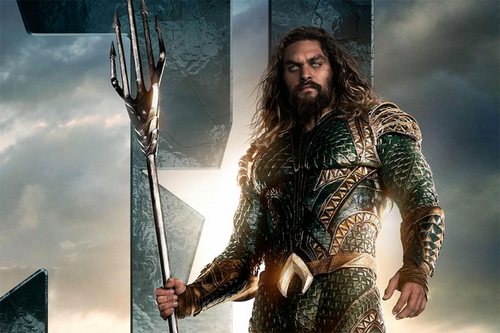 The King of the Sea – Aquaman (Source: Internet)

Jason Momoa’s Aquaman is really striking. His armor and his appearance alone look convincing enough to create the aura of Aquaman. His Aquaman is quite humorous (only second to Flash) but he also gives out an imposing feeling when he gets serious. There are more interesting scenes of him but we believe it is better to find out by ourselves. 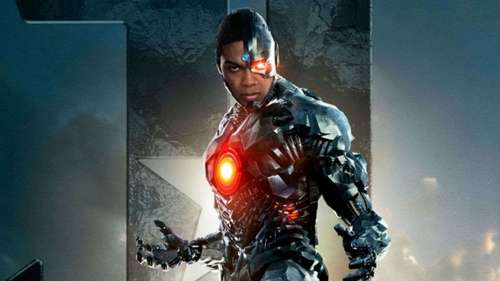 Personally, we are not really a fan of Cyborg’s CGI design here. But that is only appearance, what we concern more is how the character comes to life in the movie. And good news is Ray Fisher does a great justice for Cyborg. Unlike the CGI villain Steppenwolf, Ray Fisher’s Cyborg has fair share of on-screen time and his interaction with the League is believable. The only downside is: we feel that he doesn’t have much role besides hacking technology stuffs and informing other members.

Interesting characters is one thing, but the character interaction is what makes Justice League feels good. Here we can see characters interact with each other, a lot, including conflicts. Unfortunately, the movie is cut short so we don’t get to see how these conflicts develop and deal with. On the other hand, the interaction between characters is excellent and well-built. We feel that all 5 members are truly like a team and they actually work with each other. 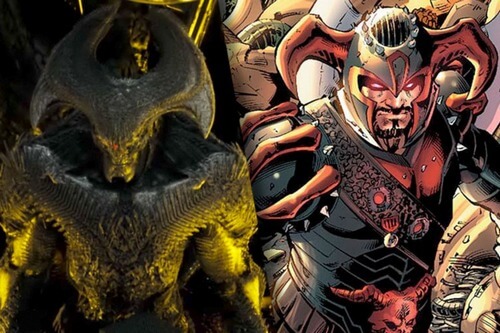 About the villain though, as mentioned Steppenwolf doesn’t really stand out as a “calamity of mankind”. He is okay during his first appearance, but he is quickly forgotten when the story changes to other plots. In the end we don’t feel like he is real threat, it’s like we already know 100% that he will fail eventually. That said; it may be acceptable if we change our view about the movie. Justice League 2017’s main goal isn’t exactly about a team of heroes struggling against a dangerous threat. It is more likely about how Justice League assembles, while Steppenwolf is simply a reason for the alliance. So if we look in this direction, the movie really does its justice.

And oh! If you wonder whether Henry Cavill’s Superman will return or not, yes he will! And his return is absolutely epic! 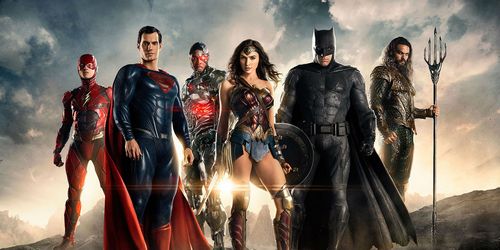 So, what do you think about the League? (Source: Internet)

Overall, Justice League 2017 is an enjoyable movie, but not a groundbreaking one. It really does its justice in terms of bringing core members of Justice League together. Each member is well portrayed and their interaction is excellent.

On the other hand, the film still suffers from the traditional live-adaptation flaw which is pacing. Especially when Justice League tries to include many plots, it is really hard for viewers to keep up with the story except for DC fans. The CGI is used a lot here, yet many CGI scenes don’t really good.  Steppenwolf doesn’t work out well in both terms of story importance and appearance. But consider the movie’s main goal is to portray the foundation Justice League, it is somewhat acceptable.

Our final verdict for Justice League 2017 would be 7/10. If you are DC fans, you will like the movie. If you are not DC fans, you may find it hard to keep up with the story. But the film is still enjoyable so you won’t feel much of a problem with it. That said, we will wait until the Justice League 2017 Extended Edition comes out (which is likely to be the case) and we may see the better side of the movie.

So what do you think about Justice League 2017? Does it work out well for you? Feel free to share with us and for now, thank you and stay tune for more news in the future!

2 thoughts on “Does The League Do Its Justice? A Justice League 2017 Review!”