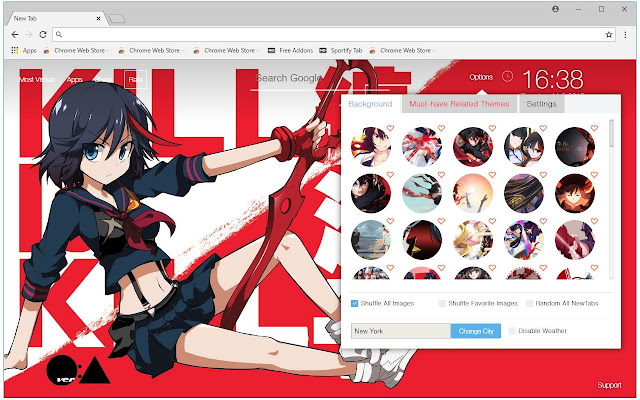 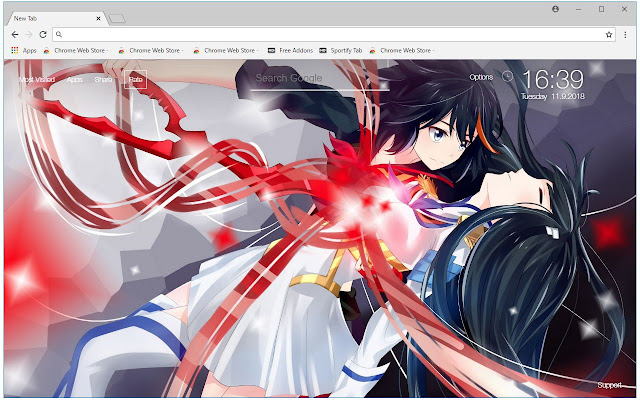 ★ What can you get from our Kill La Kill themes?

Second, the extension provides quick navigation to your most visited sites, Chrome apps like Gmail, or quick reminder with To-Do List right on the Kill La Kill anime theme. Date, time and weather forecast can also be shown on Kill La Kill new tab if you need.

Finally, you can enjoy all these features (and more will be added on your requests) for free! Our Kill La Kill extension does not include ads or any hidden catch! 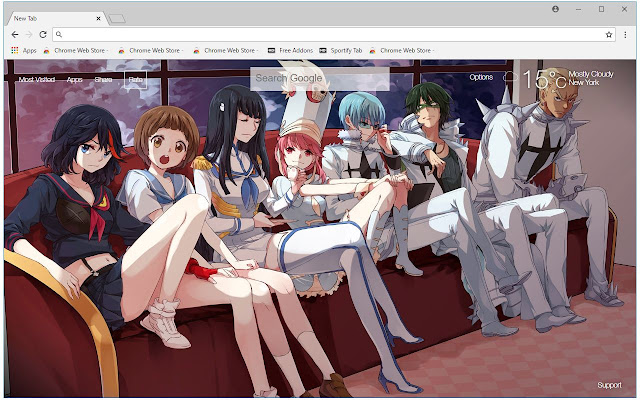 + Kill la Kill (Japanese: キルラキル Hepburn: Kiru Ra Kiru) is a 2013 Japanese anime television series produced by Trigger. It follows vagrant schoolgirl Ryuko Matoi on her search for her father’s killer, which brings her into violent conflict with Satsuki Kiryuin, the iron-willed student council president of Honnouji Academy, and her mother’s fashion empire.
+ The series is Trigger’s first original anime television project, directed by Hiroyuki Imaishi and written by Kazuki Nakashima, both of whom had previously worked together on Gurren Lagann. It aired in Japan between October 4, 2013 and March 28, 2014. 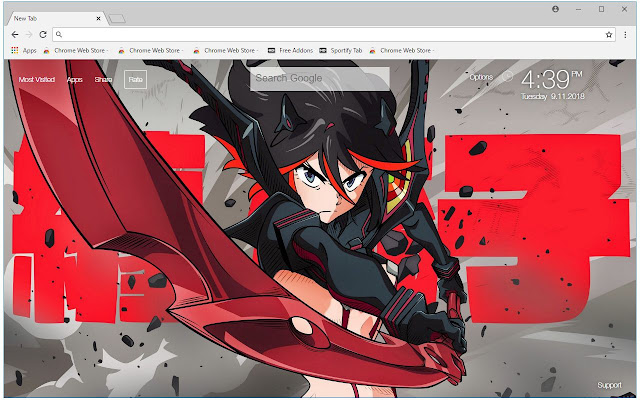 + Aniplex of America licensed the anime for a simulcast with a home video release starting July 2014. The series premiered on Adult Swim’s Toonami block on February 8, 2015.[5][6][a] A manga adaptation by Ryō Akizuki began serialization in Kadokawa Shoten’s Young Ace magazine from October 4, 2013. An OVA was released as a 25th episode on September 3, 2014. 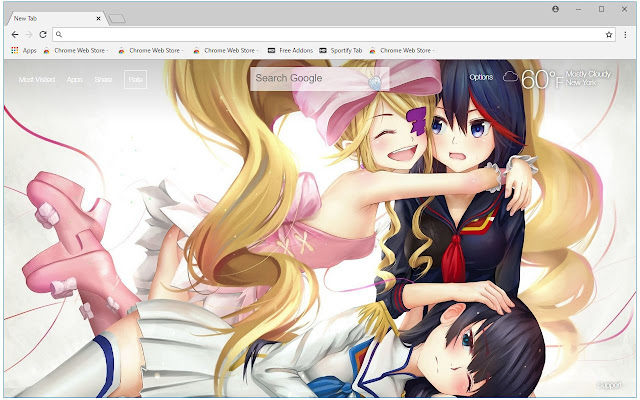