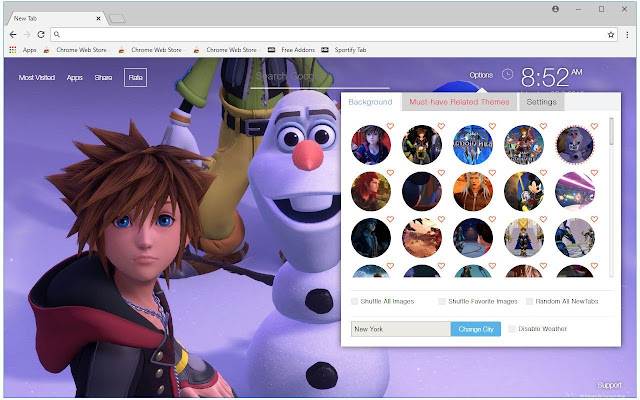 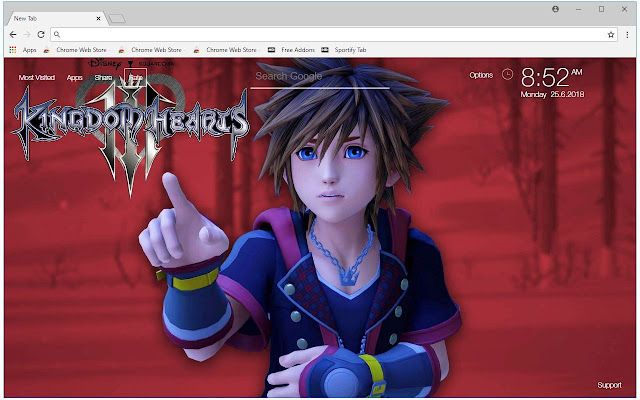 ★ What can you get from my Kingdom Hearts 3 themes?

This Kingdom Hearts 3 New Tab also provides quick navigation to your most visited sites, Chrome apps like Gmail, or having a quick look at To-do list. Other handy features like date time, weather temperature can also be shown on the theme if you need.

You can enjoy all these features (and more…) for free! Our Kingdom Hearts 3 New Tab does not include ads or any hidden catch! To uninstall, just right-click on the icon and choose Remove from Chrome.

We hope you have a fun time with our Kingdom Hearts 3 extension. And if you’re interested in Square Enix games like Final Fantasy or Disney cartoon like Toy Story, visit our homepage for more HD wallpapers and newtab themes: https://freeaddon.com/ 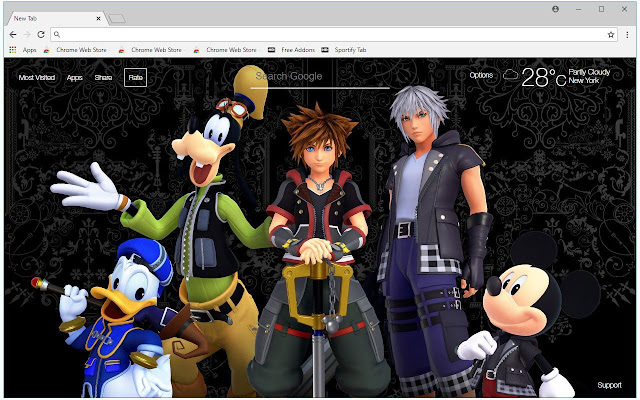 – Kingdom Hearts III is an upcoming action role-playing video game developed and published by Square Enix for the PlayStation 4 and Xbox One. It is the twelfth installment in the Kingdom Hearts series, a sequel to Kingdom Hearts II, and the final chapter in the Dark Seeker saga. Set after the events of Kingdom Hearts 3D: Dream Drop Distance, returning protagonist Sora is joined by Donald Duck, Goofy, King Mickey and Riku in their search for the seven Guardians of Light and the “Key to Return Hearts” as they attempt to thwart Master Xehanort’s plan to bring about a second Keyblade War. Their journey has them cross paths with characters and visit worlds based on different Disney, Pixar, and Marvel properties, and Square Enix’s Final Fantasy franchise. 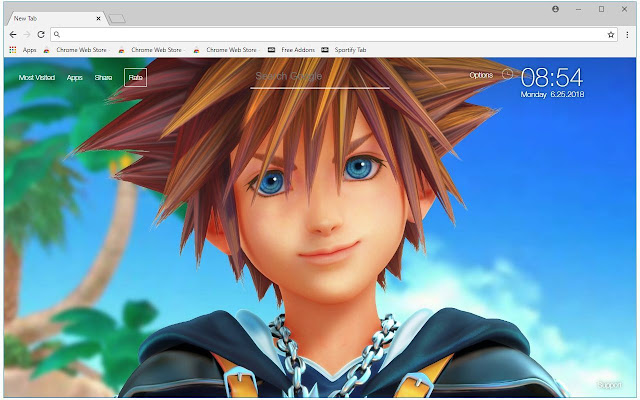 – Concepts for the game began as early as 2006 after the release of Kingdom Hearts II: Final Mix in Japan, with the game not confirmed to be in development until E3 2013 after years of rumors and speculation. Kingdom Hearts III sees many returning gameplay features from the series, while expanding parties to five characters total, introducing new “Attraction Flow” attacks that incorporate various Disney Parks attractions, and mini-games inspired by classic Walt Disney Productions Mickey Mouse cartoons in the style of 1980s LCD games. The game was built using Unreal Engine 4, and is scheduled to be released worldwide in January 2019. 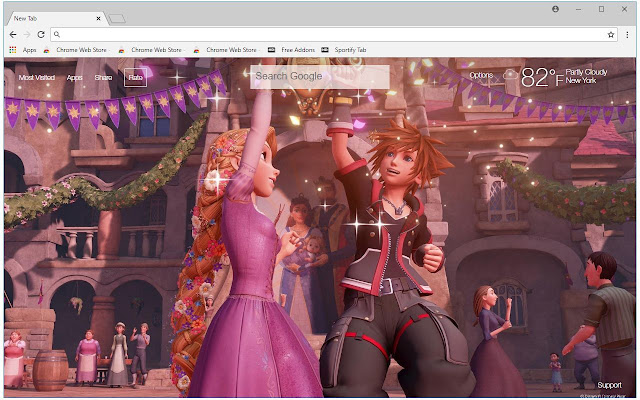