Install this NewTab Themes and enjoy HD wallpapers of Kirby everytime you open a new tab. 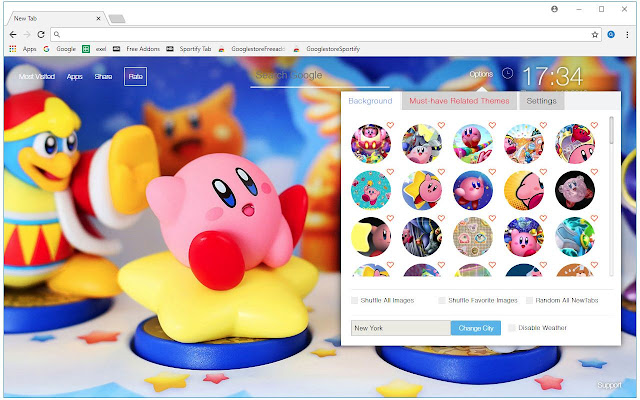 The extension is made by fans, for fans who like Kirby or Capcom or Nintendo games like Super Mario, Legend of Zelda, Metroid, Sonic the Hedgehog… Visit our homepage for more HD wallpapers and newtab themes: https://freeaddon.com/ 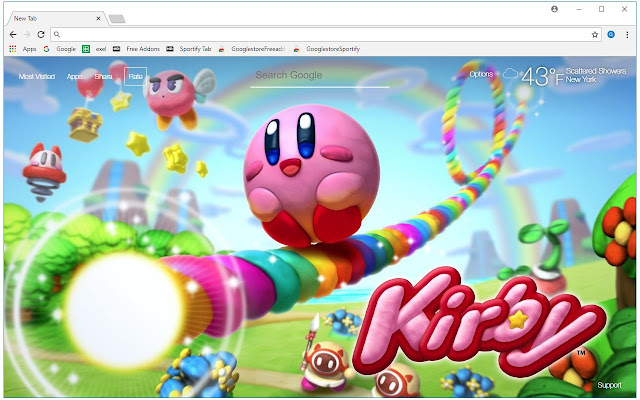 – Kirby (カービィ Kābī, Japanese pronunciation: [kaːbiː]) is a fictional character and the titular protagonist of the Kirby series of video games owned by Nintendo and HAL Laboratory. As one of Nintendo’s most famous and familiar icons, Kirby’s round appearance and ability to copy his foes’ powers has made him a well-known figure in video games, consistently ranked as one of the most iconic video game characters. He first appeared in 1992 in Kirby’s Dream Land for the Game Boy. Originally a placeholder, created by Masahiro Sakurai, at the age of 19, for the game’s early development, he has since then starred in over 20 games, ranging from action platformers to puzzle, racing, and even pinball, and has been featured as a playable fighter in all Super Smash Bros. games. He has also starred in his own anime and manga series. His most recent appearance is in Kirby Star Allies, for the Nintendo Switch. Since 1999, he has been voiced by Makiko Ohmoto.
– Kirby is well known for his ability to inhale objects and creatures to gain their abilities, as well as his ability to float by expanding his body. He uses these abilities to rescue various lands, such as his home world of Pop Star, from evil forces and antagonists, such as Dark Matter or Nightmare. On these adventures he often crosses paths with his rivals, the gluttonous King Dedede and the mysterious Meta Knight, though Meta Knight can be found as a hero, depending on the game. Kirby has been described as one of the most legendary video game characters of all time by PC World.[1] In virtually all his appearances, Kirby is depicted as cheerful, innocent and food-loving but becomes fearless, bold and clever in the face of danger. 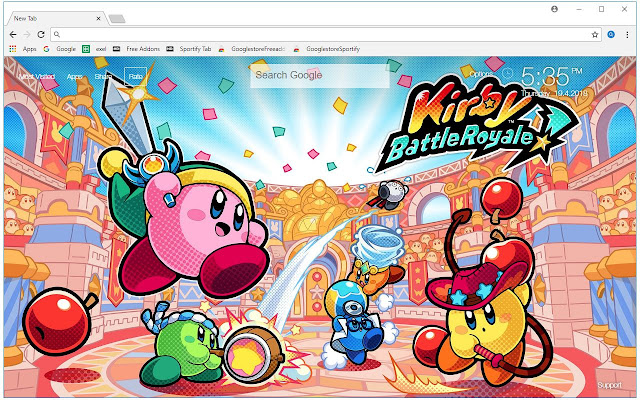 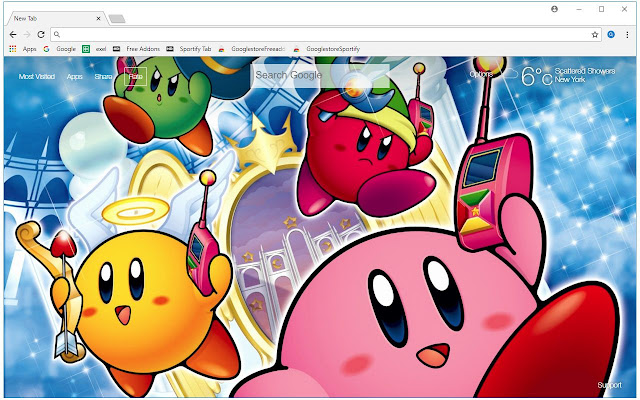