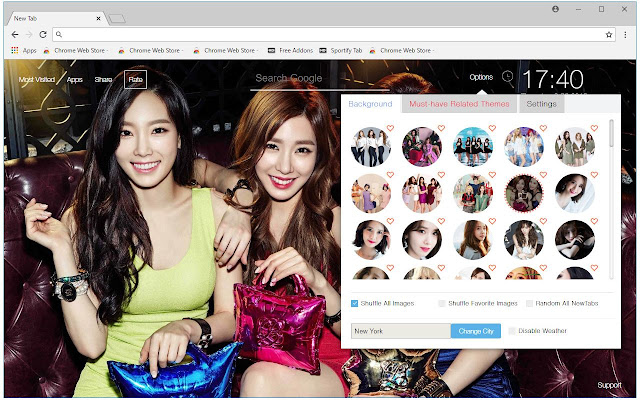 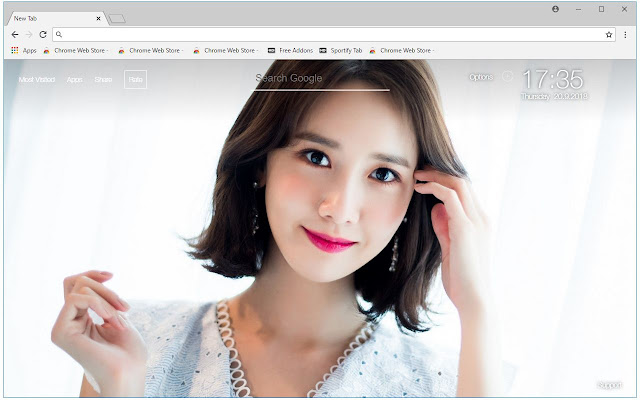 ★ What can you get from our Kpop SNSD themes?

Second, the extension provides quick navigation to your most visited sites, Chrome apps like Gmail, or quick reminder with To-Do List right on the SNSD theme. Date, time and weather forecast can also be shown on Kpop SNSD new tab if you need.

Finally, you can enjoy all these features (and more will be added on your requests) for free! Our Kpop SNSD extension does not include ads or any hidden catch! 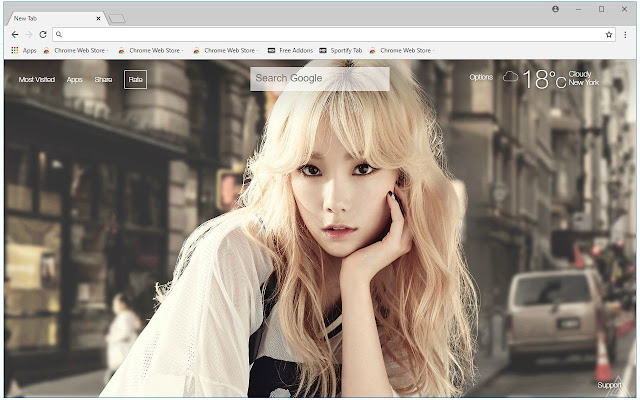 + Girls’ Generation (Hangul: 소녀시대; RR: Sonyeo Sidae), also known as SNSD, is a South Korean girl group formed by SM Entertainment. The group is composed of eight members: Taeyeon, Sunny, Tiffany, Hyoyeon, Yuri, Sooyoung, Yoona and Seohyun. Originally a nine-piece group, Jessica later departed from the group in September 2014. Girls’ Generation debuted in 2007 with their Korean eponymous debut album. Though the album gained some attention, it was not until 2009 that the group rose to fame with the single “Gee”, which claimed the top spot on KBS’s Music Bank for a record-breaking nine consecutive weeks and was named the most popular song of the 2000s in South Korea by Melon. Girls’ Generation further consolidated their popularity on the South Korean music scene with follow-up singles “Tell Me Your Wish (Genie)”, “Oh!”, and “Run Devil Run”, which were released in mid-2009 and early 2010.
+ In mid-2010, Girls’ Generation signed with Nayutawave Records (present-day EMI Records Japan) to venture into the Japanese music scene. Their 2011 eponymous Japanese debut album peaked atop the Japanese Oricon Albums Chart and became the first album by a non-Japanese girl group to be certified “Million” by the Recording Industry Association of Japan. The group’s third Korean studio album The Boys was released in October 2011 and became the best-selling album of 2011 in South Korea with sales of over 380,000 copies. An English version of the single “The Boys” was released by Interscope Records in an attempt to expand the group’s endeavor to the global music scene. The group’s 2013 fourth Korean studio album I Got a Boy was supported by the single “I Got a Boy”, which was subjected to major attention from Western media following its winning the Video of the Year award at the inaugural YouTube Music Awards. Their fifth Korean studio album, Lion Heart, was released in 2015. In 2017, Girls’ Generation released their sixth Korean studio album, Holiday Night, to commemorate the group’s tenth debut anniversary. 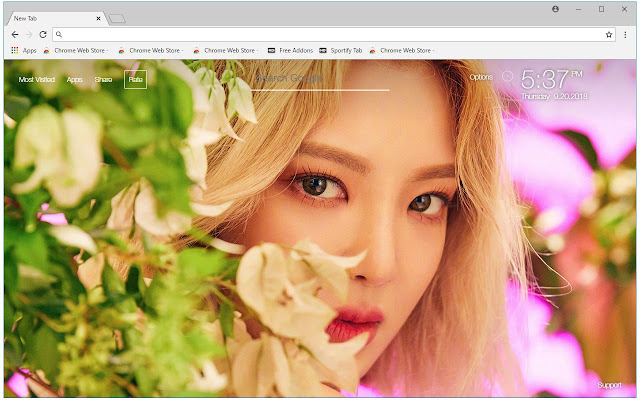 + Girls’ Generation’s signature musical styles are characterized as electropop and bubblegum pop, though their sounds have varied widely, incorporating various genres including hip hop, R&B, and EDM. They have sold over 4.4 million albums and 30 million digital singles as of 2012. The group’s immense popularity in their native country South Korea has earned them numerous accolades and the titles “The Nation’s Singers” and “The Nation’s Girl Group”. Girls’ Generation is also deemed one of the prominent figures of the Korean Wave and one of the most popular K-pop acts internationally. They are the first Asian girl group to achieve five music videos with over 100 million views on YouTube: “Gee”, “I Got a Boy”, “The Boys”, “Mr. Taxi”, and “Oh!”. In Japan, they became the first non-Japanese girl group to have three number-one albums on the Japanese Oricon Albums Chart, and their three Japanese concert tours attracted a record-breaking 550,000 spectators, more than any other Korean girl group. 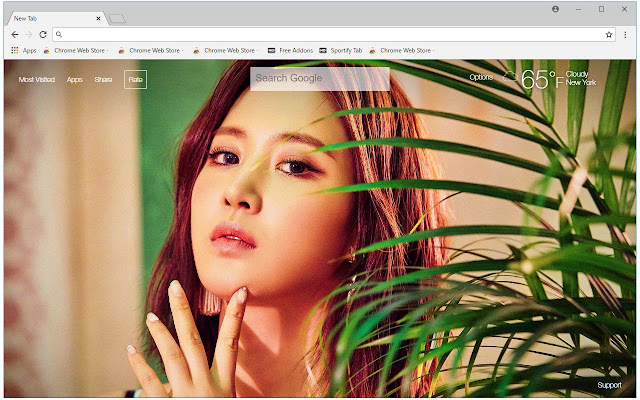