May 16 Update: New 05 Images (Scroll down to end in “Options” Box).
Install my Kung Fu Panda New Tab Themes and enjoy HD wallpapers of the cute Kung Fu Panda with everytime you open a new tab. 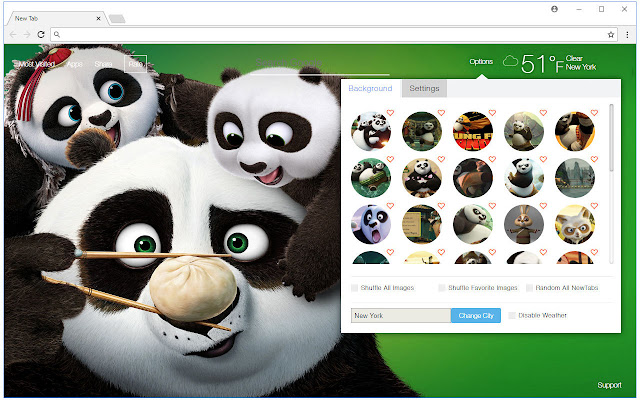 The extension is made by fans, for fans who like Kung Fu Panda or cartoon in general… Visit our homepage for more HD wallpapers and newtab themes: https://freeaddon.com/ 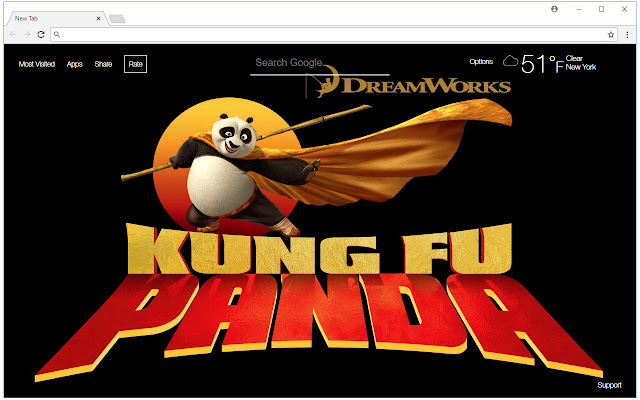 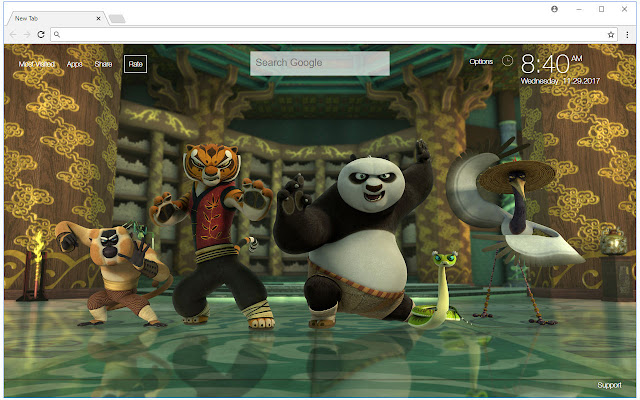 – The Kung Fu Panda franchise from DreamWorks Animation consists of three films: Kung Fu Panda (2008), Kung Fu Panda 2 (2011) and Kung Fu Panda 3 (2016). The first two were distributed by Paramount Pictures, while the third film was distributed by 20th Century Fox. Three shorts, Secrets of the Furious Five (2008), Kung Fu Panda Holiday Special (2010) and Kung Fu Panda: Secrets of the Masters (2011), were also released. A television series for Nickelodeon television network, Kung Fu Panda: Legends of Awesomeness, premiered in the fall of 2011.
– The franchise, set in a fantasy wuxia genre version of ancient China populated by humanoid animals, features the adventures of Po Ping, an obese giant panda, who was improbably chosen as the prophesied Dragon Warrior. Although his status is initially doubted, Po proves himself worthy as he strives to fulfill his destiny and learn about his past with his new friends.
– The film series has been highly acclaimed with its first two features being nominated for the Academy Award for Best Animated Feature as well as numerous Annie Awards while the television series has won 11 Emmy Awards. Furthermore, this acclaim is particularly enthusiastic in China, where the series is hailed as not only an excellent contribution to the wuxia genre, but for its impressively knowledgeable understanding of Chinese culture and heritage for an American movie production. In addition, both the first two films were the most successful animated feature film for their years[1] and the second is currently the biggest worldwide box office success for a movie directed solely by a woman (Jennifer Yuh Nelson).
(Source: Internet) 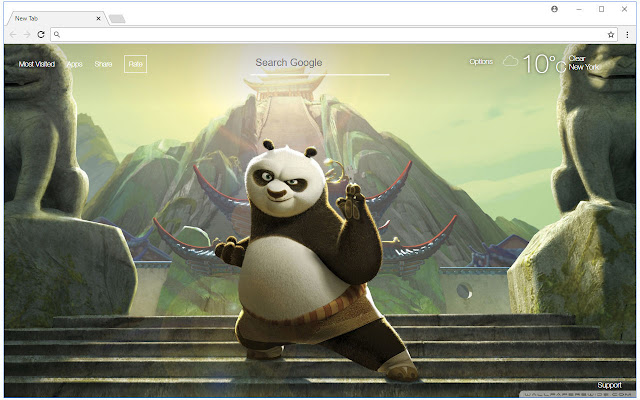 – 391 Artists Worked For 4 And A Half Years On The First Movie.
– Getting into the spirit of the movie, each time an artist managed to finish a scene of the Kung-Fu Panda movie, they received a fortune cookie with a personalized fortune inside.
– The animation team used a lot of Jack Black’s mannerisms in order to better shape the character. However, what’s more extraordinary is the fact that they had to rebuild Po’s cheeks at one point so he could fit more food into his mouth.
– Artists Took Martial Art Classes And Studied Chinese Art.
– Shi-Fu actually means Teacher-Master in Chinese. Furthermore Dustin Hoffman, the actor who voiced him, became a true teacher-master for Jack Black, who played Po, as he would always share acting advice with him before each recording session. 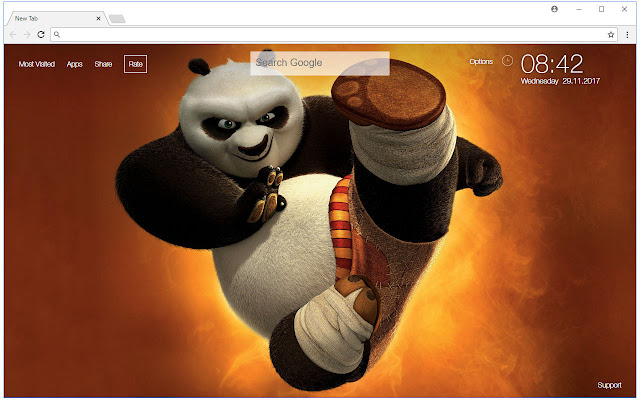