MADE IN ABYSS NEW TAB – Offered by FreeAddon

Install my Made In Abyss Anime New Tab Themes and enjoy varied HD wallpapers of Made in Abyss, everytime you open a new tab. 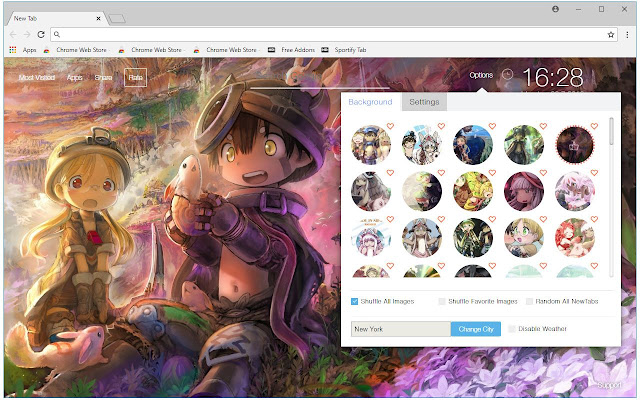 ★ Interested in anime themes like Made in Abyss, Naruto, Dragon Ball, Attack on Titan? Visit our homepage for more HD wallpapers and newtab themes: https://freeaddon.com/ 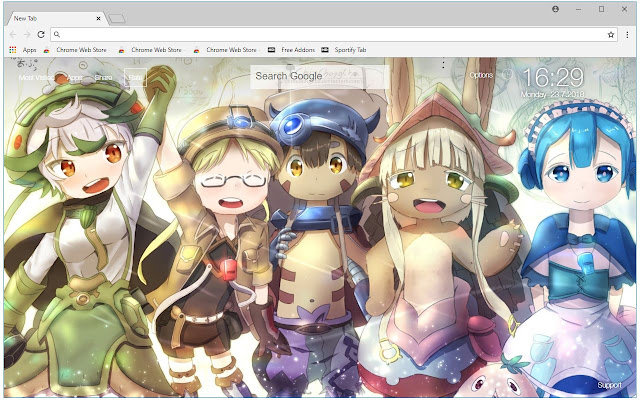 ★ What can you get from our Made in Abyss anime themes?

Second, the extension provides quick navigation to your most visited sites, Chrome apps like Gmail, or quick reminder with To-Do List right on the Made in Abyss theme. Date, time and weather forecast can also be shown on Made in Abyss anime new tab if you need.

Finally, you can enjoy all these features (and more will be added on your requests) for free! Our Made in Abyss anime extension does not include ads or any hidden catch! 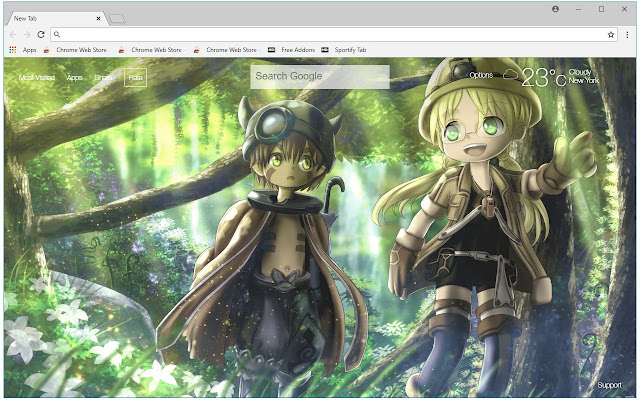 ★ Made in Abyss fun facts:

– Made in Abyss (Japanese: メイドインアビス Hepburn: Meido in Abisu) is a manga series by Akihito Tsukushi about a young girl who finds and befriends a humanoid robot and descends with him into the titular Abyss in search of her mother. It has been serialized online in Takeshobo’s digital publication Web Comic Gamma since 2012 and has been collected into six tankōbon volumes. An anime television series adaptation by Kinema Citrus aired its first season from July 7 to September 29, 2017, and a sequel is in production. 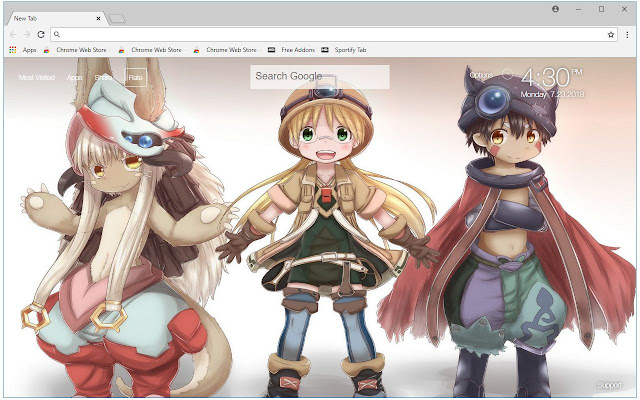 ★ Made in Abyss fun facts:

– An anime television series adaptation was announced in December 2016.[9] The 13-episode series aired from July 7 to September 29, 2017 on AT-X, Tokyo MX, TV Aichi, SUN, KBS Kyoto, TVQ, Saga TV, and BS11.[24][25][26] The final episode was a 1-hour long special.[26] The series was directed by Masayuki Kojima and written by Hideyuki Kurata, with animation by Kinema Citrus and character designs by Kazuchika Kise.[9] Australian artist Kevin Penkin composed the soundtrack for the anime.[27][26] Miyu Tomita and Mariya Ise (the actresses for Riko and Reg, respectively) performed both the opening theme “Deep in Abyss” and the ending theme “Tabi no Hidarite, Saihate no Migite”, the latter in collaboration with Shiori Izawa (Nanachi).[5] Two compilation films, titled Made in Abyss: Tabidachi no Yoake (メイドインアビス 旅立ちの夜明け, “Journey’s Dawn”) and Made in Abyss: Hōrō Suru Tasogare (メイドインアビス 放浪する黄昏, “Wandering Twilight”), will be released in January 4, 2019 and January 18, 2019, respectively.[28] A sequel was announced at an event in November 2017.[29]
– Sentai Filmworks has licensed the series, and streamed it on Amazon’s Anime Strike service in the U.S. and on HIDIVE outside of the U.S.[30][31] Sentai will release the series on home video with an English dub.[32] MVM Films has licensed the series in the UK. 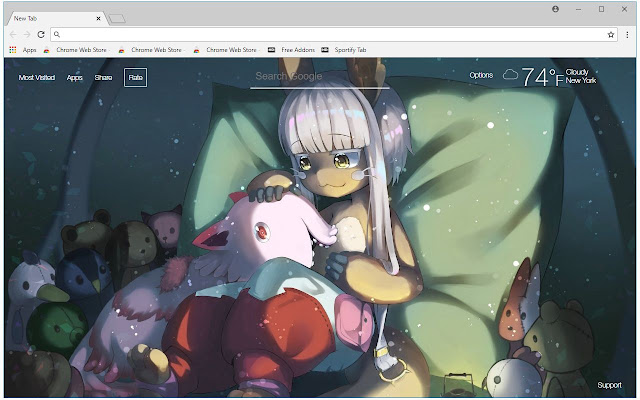