Similar to most other superheroes games, Spider Man has a long, struggling history with gaming industry. While not all Spider Man games are bad, we cannot deny that many, many other titles were left in disappointment. That said though, it has been years since the last time gamers had a Spider Man game. But luckily, Insomniac Games has rekindled the flame of hope for Spider Man franchise with their latest title: Marvel Spider Man PS4. The game has demonstrated its potential throughout many occasions and today, the world is finally able to experience this long-awaited Spiderman title. So with no further ado, let’s see how good Marvel Spider Man PS4 is exactly! 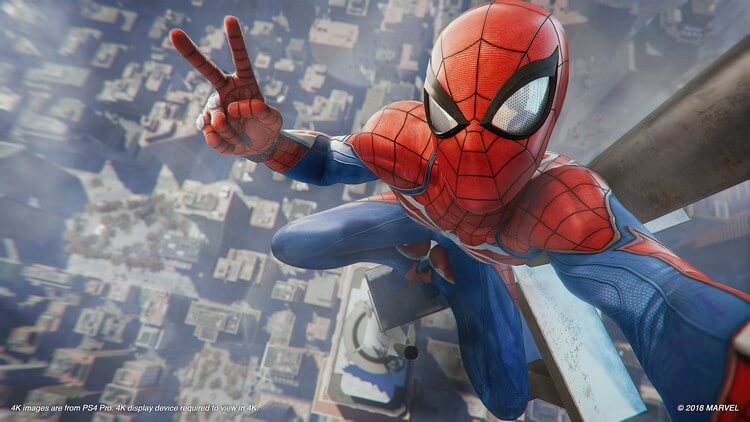 Marvel Spider Man game was first revealed during Sony E3 2016 and it was indeed a huge deal. Judging from every trailer and gameplay showcase, the game showed a huge potential of being an incredible Spider Man game. Furthermore, Insomniac Games is a prestigious game developer and naturally, people put even more hope onto this game’s quality.

Like most previous Spiderman game, Marvel Spider Man PS4 is an action-adventure game which based on Marvel’s famous superhero – Spider Man. However, it was introduced as a brand new Spiderman game which would have totally different story than any existing comic, game, or film. Also, it would explore both Spider Man and Peter Parker in terms of character. Judging by the E3 2018 showcase video, the game even brings many dangerous villains in Spiderman history, including the likes of Electro, Scorpion, Vulture, Rhino, and Mr. Negative.

With all such promises, no wonder when fans have been anticipating hard for this game. And with that out of our way, let’s get into the main stuffs! 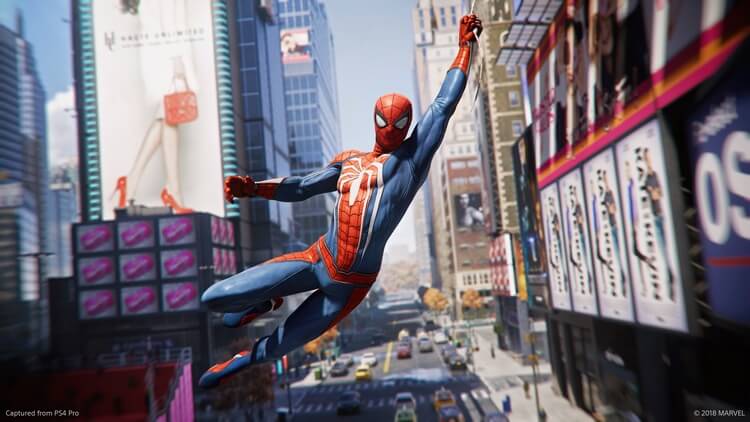 Swinging around the beautiful city, what can be better? (Source: Internet)

Frankly speaking, Marvel Spider Man PS4’s graphic is not exactly extraordinary, especially considering the new God of War 2018 reboot released just recently. That said, the game’s visual and style definitely looks gorgeous. The New York City is beautifully presented, open-world with a great sense of life. The city feels lively, making the web-slinging work even more satisfying (which we will talk about in later section). When the players walk on the street, citizen NPCs will react as the famous Spider Man appears. However, players will be more likely to feel bored due to the dialogue and reaction limitations. 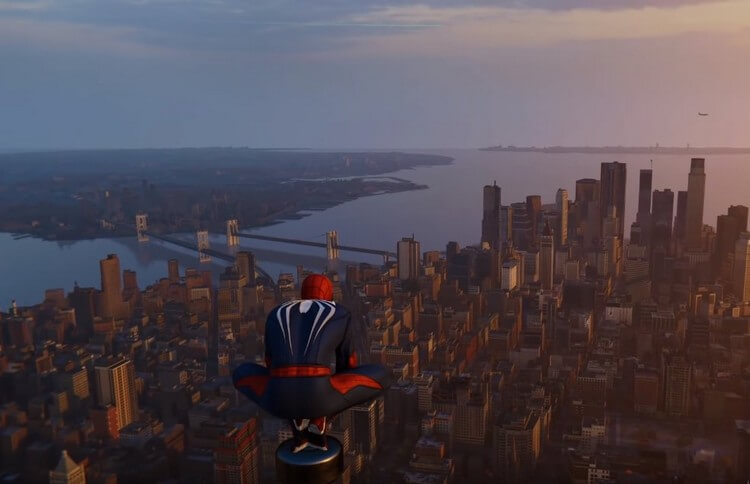 Then again, thanks Marvel Spider Man’s beautiful New York City, it is really fun to slinging around the city and enjoy different areas and landmarks. Every landmark has different looks and feels. In addition, the view looks fantastic when players climb on top of a skyscraper and behold the surroundings.

One thing many viewers complained is that the final game’s graphic seems to be downgraded compared to E3 showcases. But personally, we do not really sense any downgrade here, rather, it is more like graphic adjustments in different aspects. For example, many people reported the “puddle downgrade”; however, we found out that the final game’s color design looks more vibrant.

Now we come to the “spirit” of the game – the story. At the start of the game, we have quite a “Spiderman-ish” opening with all the items and mementos of the past. That said, by all mean the Marvel Spider Man is unlike what we’ve seen in previous games. Marvel Spider Man PS4 has a character-driven story. It focuses on the internal conflicts, ideas, and motives of characters. And while there are certain predictable parts within the story, there is always something darker lurking behind the scene. 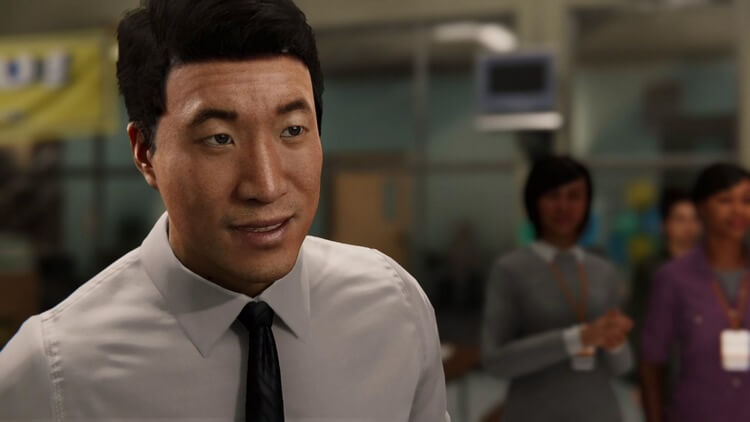 Familiar with this guy? (Source: Internet)

Thanks to this story’s direction, players get to see deeper sides of different characters than before. For example, we are especially impressed with Martin Li, a.k.a Mr. Negative. This guy has a charm as a villain: he is both complex and fascinating, and also, he has a clear and proper motive. Mary Jane is now playing a more important role in the story, not just a “damsel in distress”. Throughout the main story, there are even small sections in which players will take control of Mary Jane and uncover hidden secrets. 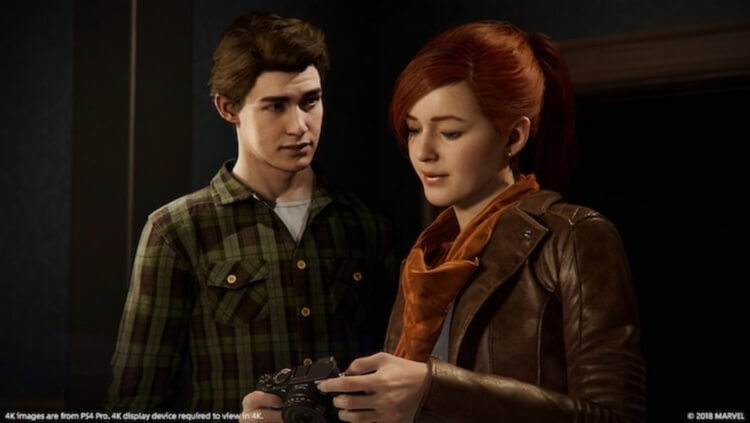 There will be emotional moments. (Source: Internet)

The finally we have the main star of the game – Peter Parker/Spider Man. The game focuses on both Peter Parker and Spider Man’s side of story. Here we get to see 2 different sides of the same man: the normal citizen Peter Parker who is rather quirky young adult, and, the Spider-Man Peter Parker who is bold, heroic, and somewhat jokey. The moments as Peter Parker are nice and compelling. During these moments, players control Peter walking around, exploring the surroundings, and talking to people. It is exactly these moments that his personality and character truly shine. There are struggling, dramatic, and emotional moment which makes us feels closer to this beloved Marvel hero.

Great story is one thing, but what about the “meat of the game” – the gameplay? Overall, we are gladly to say that it feels really satisfying. 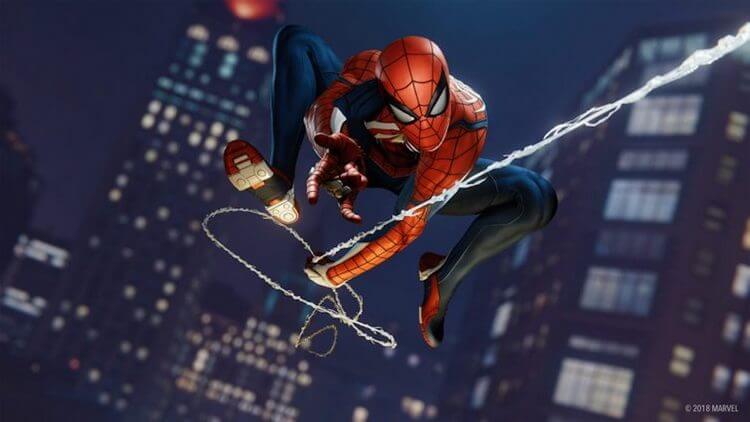 First off, we have the web-slinging mechanics. Web-slinging is an essential element to make Spiderman experience feels incredible as a whole. From our perspective, Insomniac Games truly nailed this aspect. Web-slinging around New York City feels smooth and seamless. The control is easy to comprehend and as players get used to its mechanics, web-slinging is like a “second nature”.

Some people may say that this aspect is obviously something they have to succeed. But looking at the past Spider Man games, the web-slinging was not bad, but it was not great either. Sometimes, players would see Spiderman web-slinging with the cloud… which really broke the immersion. But in Marvel Spider Man PS4, flying around New York City feels perfect. And we have to commend Insomniac to make this experience a reality. 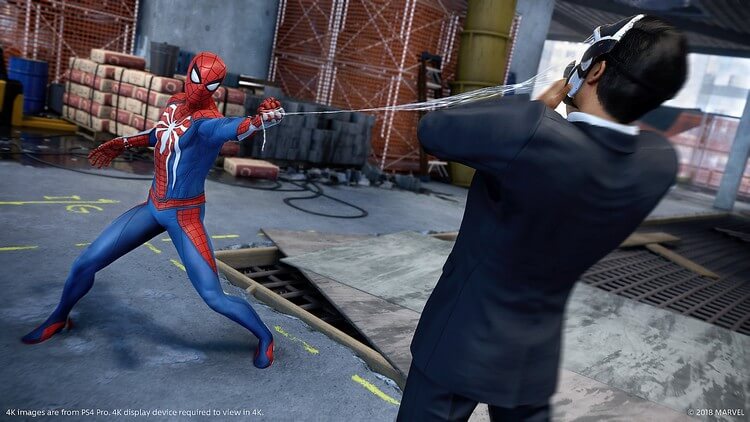 How about web on the face? (Source: Internet)

For those who have seen Marvel Spider Man showcases, you probably have noticed that the game’s combat looks somewhat similar to Batman Arkham series. Combat control is quite simple: Square button for normal attacks, Triangle for web-based attacks, Circle for dodging, R1 to open up Web-Gadget, R2 to swing around, and L1 + R1 will throw object to nearby target. And while it may sound simple, the combat system is actually much deeper than we thought. Initially, we needed quite a while to accustom to the combat and when we did, pulling perfect combo felt extremely satisfying.

Aside from those elements, Marvel Spider Man also adds a Focus bar which fills up as Spider Man attacks the enemies. Once the bar filled, players can either use it to heal, OR, to perform instant finishing move upon an enemy. Utilizing this element is extremely important since the game features lots, lots of enemy types. Therefore, it is essential to use the best of Focus, like healing or taking down prioritized enemy.

Do you prefer creativity? Or brute force? Or swinging your way out? (Source: Internet)

In terms of character progression, Marvel Spider Man PS4 includes a leveling system in which Spiderman will gain EXP through side missions and activities. Each level gives a Perk point which players can spend onto 3 different Skill trees: Innovator, Defender, and Webslinger.

Then finally we have Web-Gadgets, ranging from Web Bomb, Spider Drone, Electric Web, and more… These items are extremely useful in combat, adding even more depth in combat.

Overall, combat in Marvel Spider Man PS4 is deep and really fun. It encourages experimenting with various tools and upgrades, and creativity. There are so many things players can use in combination, especially upgrades and Web-Gadgets, to pull out some really cool tricks and combo. This will become more important as the game progress since enemy types are diversed, which makes the game much more challenging later on.

And talking about upgrades, let’s check out customizations for Spidey!

In addition to leveling up and Web-Gadgets, players can customize Spider Man with various Suits, Suit Powers, and Suit Mods. 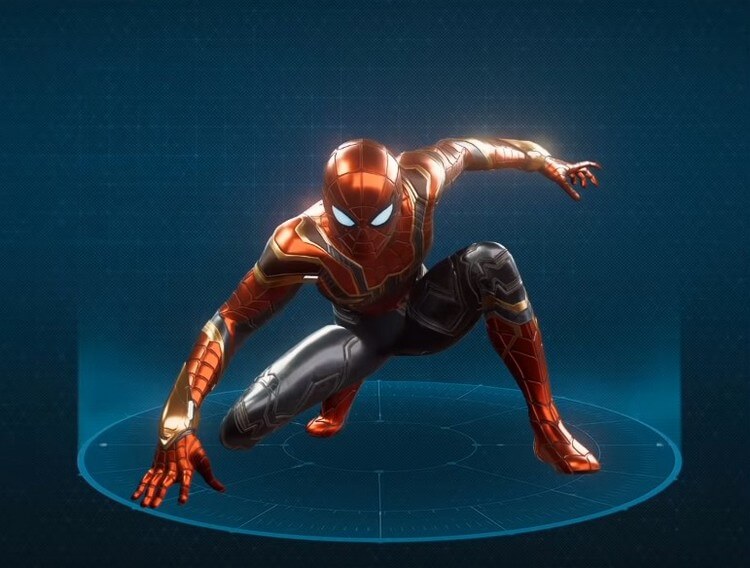 In Marvel Spider Man PS4, Spiderman Suits are not only for cosmetic purpose but they also unlock unique Suit Powers. Once unlocked, these Suit Powers are free to use for the rest of the game without restriction. Which means Spider Man can wear a Suit while using a different Suit Power, for example, players can equip Spider Man with Classic Suit, while having the Holo Decoy Suit Power which is unlocked by Scarlet Spider Suit. 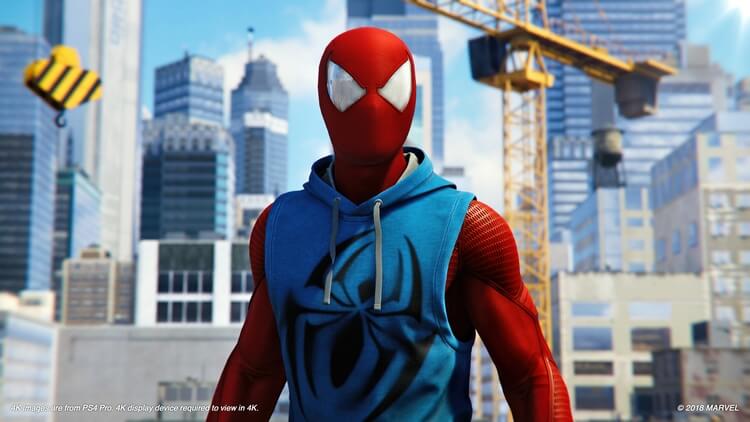 Do you know what this suit is? (Source: Internet)

Aside from Suit and Suit Power, players can also equip up to 3 Suit Mods which provide passive benefits, ranging from enhancing stealth ability, increasing XP gain, to increasing Focus gain. These mods can be unlocked by spending different Tokens which can be gathered from side activities. And talking about side activities, this is probably the weakest point in this game.

In short, these side activities simply require players to do certain mini-games like clearing waves of enemy, racing, or taking pictures of landmarks. After completing a side activity, players will be rewarded with Tokens which are used for upgrades. These activities may seem fun at first, but gradually players will realize how repetitive they are. To certain extent, it feels like Ubisoft-style of unlocking towers: Players activate a tower in area, after that it will reveal different nodes hinting side activities. 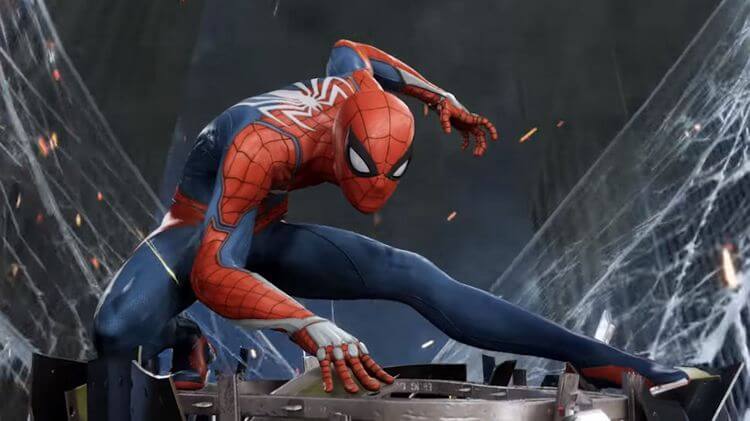 What do you think about Marvel Spider Man PS4? (Source: Internet)

In general, Marvel Spider Man PS4 game is indeed an excellent Spider Man game. It is truly a love letter for Spider Man fans thanks to its incredible story, fantastic sensation when web-swinging around New York City, and deep, creative combat system. Although the game does suffer from repetitive side activities, in the grand scheme of things it does not pull us out of the whole experience. The game let us immerse ourselves as Spider Man and experience what it is like to one. It is not an exaggeration to say Marvel Spider Man PS4 is the best Spider Man game to date. After seeing how great potential this game is, we hope to see a next sequel in the future.

And what about you? What do you think of Marvel Spider Man PS4 game? Feel free to share with us and for now, thank you and stay tune for more news in the future!