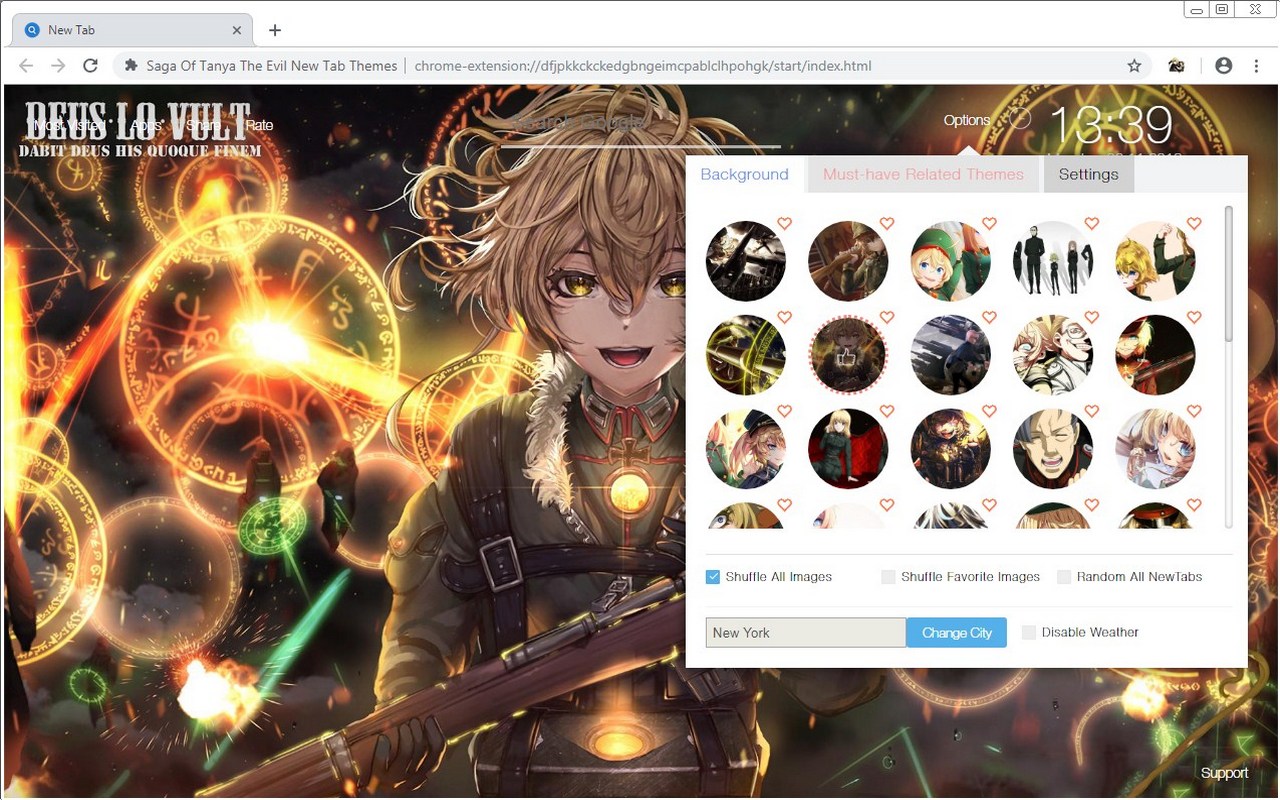 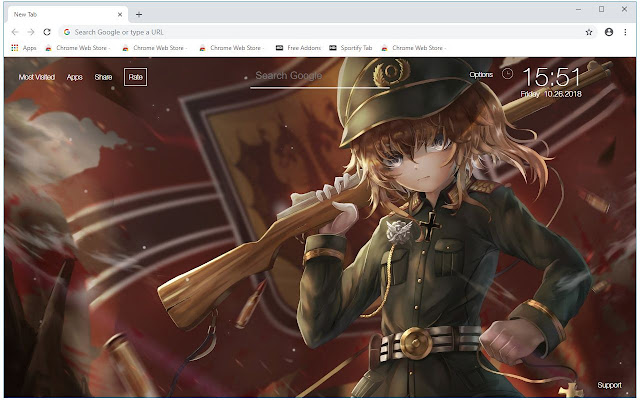 ★ What can you get from our Saga Of Tanya The Evil themes?

First, you can enjoy a wide range of wallpapers in HD quality. You can shuffle all pics, or, shuffle your favorite Youjo Senki pics only. You can also select Slideshow option and enjoy a cool screensaver with wallpapers. And, you can use other free addon themes along with this Saga Of Tanya The Evil new tab.

Second, the extension provides quick navigation to your most visited sites, Chrome apps like Gmail, or quick reminder with To-Do List right on the Youjo Senki theme. Date, time and weather forecast can also be shown on Saga Of Tanya The Evil new tab if you need.

Finally, you can enjoy all these features (and more will be added on your requests) for free! Our Saga Of Tanya The Evil extension does not include ads or any hidden catch! 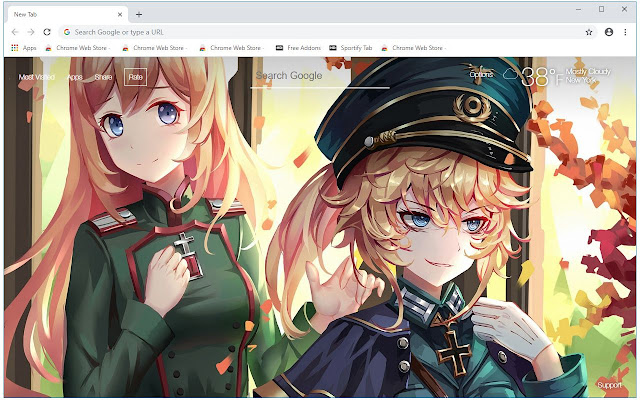 ★ About Saga Of Tanya The Evil:

– The Saga of Tanya the Evil, known in Japan as Yōjo Senki (幼女戦記, literally “The Military Chronicles of a Little Girl”), is a Japanese light novel series written by Carlo Zen and illustrated by Shinobu Shinotsuki. Enterbrain has published nine volumes since October 31, 2013. A manga adaptation with art by Chika Tōjō began serialization in Kadokawa Shoten’s Comp Ace magazine from April 26, 2016. An anime television series adaptation by NUT aired from January 6, 2017 to March 31, 2017. A theatrical film taking place after the events of the TV anime series will premiere on February 8, 2019. 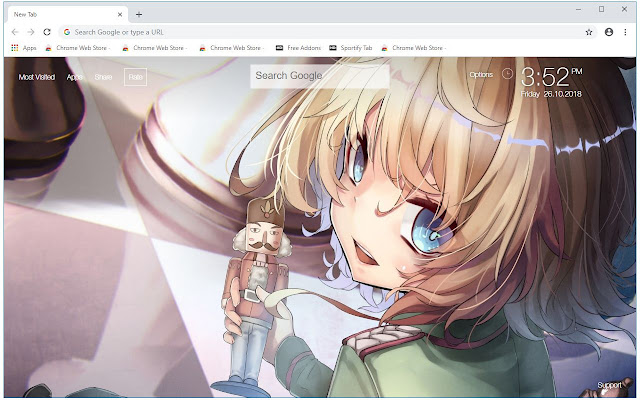 ★ About Saga Of Tanya The Evil:

– An atheist Japanese salaryman, in the moment of being murdered, is confronted by a self-righteous entity he refers to as “Being X”, who condemns the man for not believing that “Being X” is God. He is sentenced to be reborn in a world that is similar to World War I Europe, mixed with early aspects of World War II and magic, in an empire torn apart by countless wars with all nearby countries. The salaryman is reborn as a girl, Tanya Degurechaff. According to “Being X”, if she’s not able to die a natural death, or she refuses to have faith in Him, her soul will leave the circle and be sent to hell for the countless sins that Tanya has committed in her previous life. In search for an escape, Tanya decides to enter into the Empire’s Mages Division and fight in the world war, hoping to reach a high enough rank as fast as possible to remain far from the battlefield, and in this way avoid the risk of being killed. Even if she’s now forced to speak with a young girl’s lisp, Tanya soon turns into a ruthless soldier who prioritizes efficiency and her own career over anything else, even the lives of those beneath her, especially those that get on her bad side. 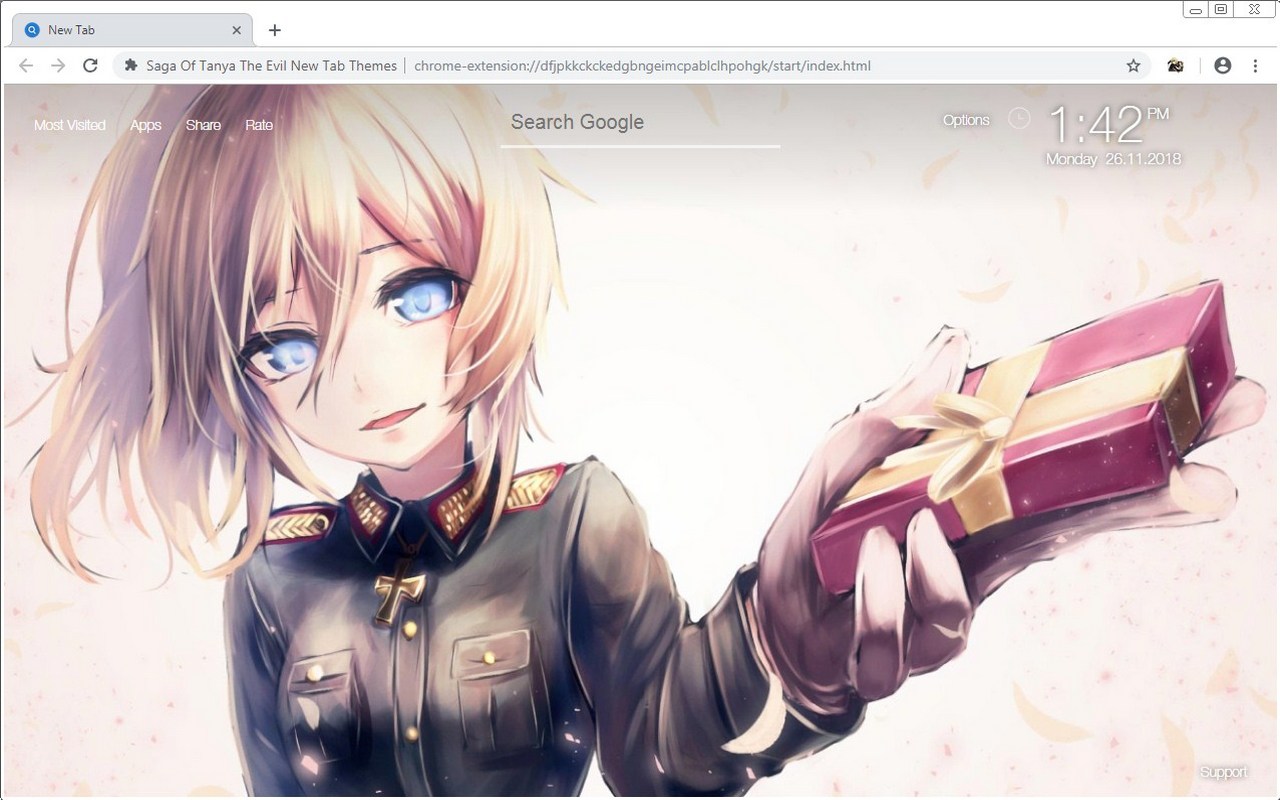