Among the Anime Fall 2018, Seishun Buta Yarou wa Bunny Girl Senpai no Yume wo Minai is probably the most delightful surprise this season no one expected. Aside from those who have already known its original light novel, those who have not (including us) may not think highly of this anime at first. But with 4 episodes so far, the show has turned out to be an awesome romance-comedy anime. So with no further ado, here’s our Seishun Buta Yarou first impression!

1. What is Seishun Buta Yarou wa Bunny Girl Senpai no Yume wo Minai? 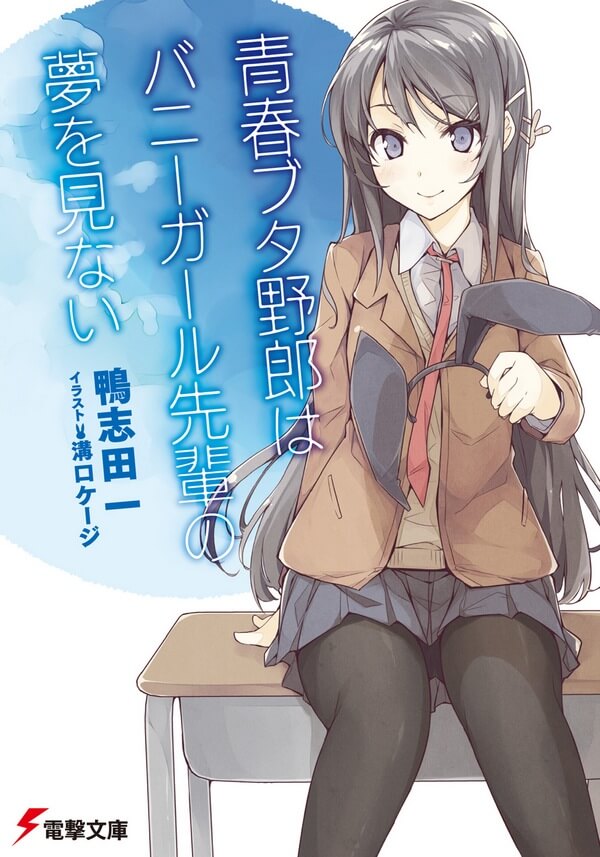 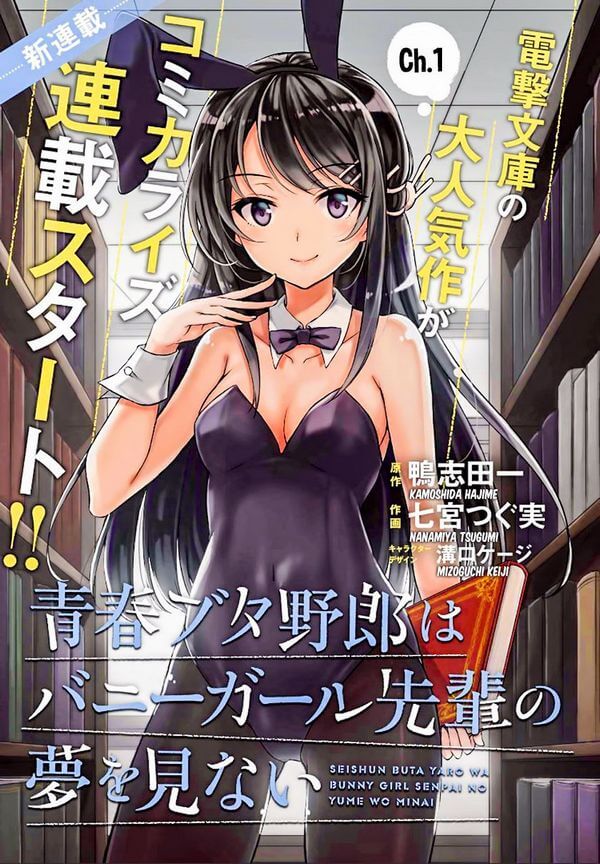 It also has a manga adaptation with art by Tsugumi Nanamiya, but so far there have been only 3 volumes released, with the latest one named Seishun Buta Yarou wa Puchidebiru Kouhai no Yume o Minai (or “Rascal Does Not Dream of Little Devil Kohai” in English) volume 1 released in 2018. And of course, we now have a Seishun Buta Yarou anime adaptation by CloverWorks. The anime will have a total of 13 episodes, in which four have been released so far. 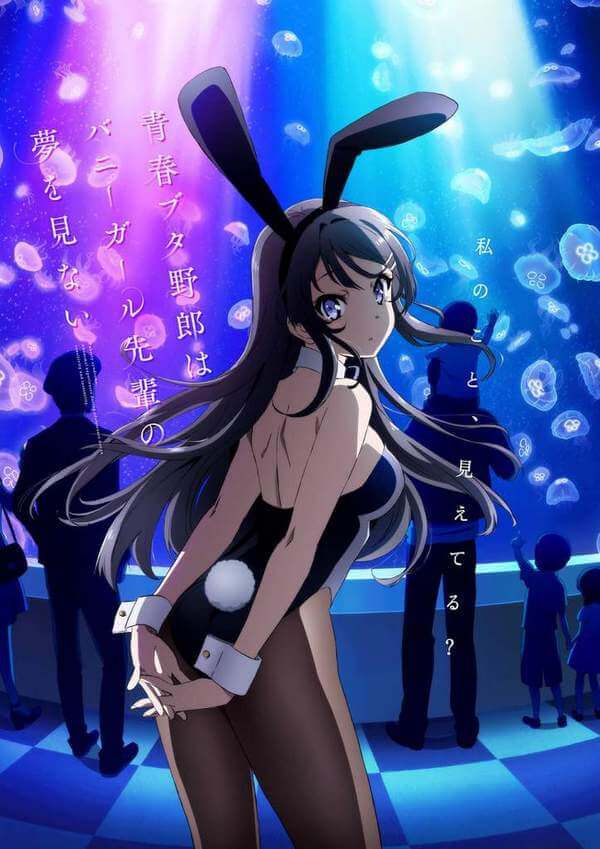 And the anime adaptation (Source: Internet)

In summary, the series tells about a young high-school student named Sakuta Azusagawa who has a quite trouble in life from a bad reputation of hospitalizing 3 people. One day, he meets a retired teenage idol named Mai Sakurajima who wanders the library in bunny outfit; however, no one seems to notice see except for Sakuta himself. Sakuta soon suspects this is due to a peculiar phenomenon called “Puberty Syndrome.” And so, he decides to get close to know Mai and unravels this mystery. But of course, this is only a beginning of a new bizarre journey as he meets new girls who also have this “Puberty Syndrome.” 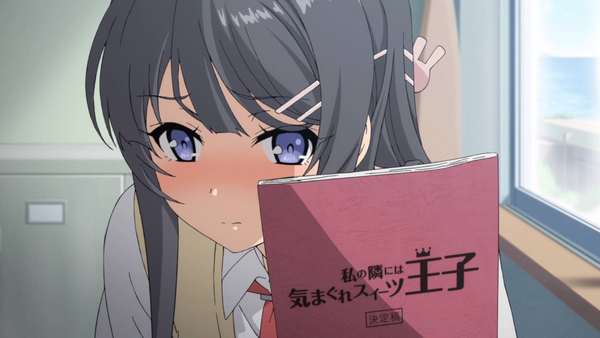 Since Seishun Buta Yarou is a romance-comedy anime series, the visual looks good enough in overall. There is no fancy, extremely beautiful shots like the famous Your Name – Kimi no na wa anime last year. In any case, Seishun Buta Yarou is an anime TV series and therefore, we believe its visual is pretty standard given the current anime-art trend. That said, we have to say that the character design in the anime is pretty beautiful, especially the female main character Mai who is really cute. Also, the character design in the anime looks quite match with its original light novel and the manga.

In terms of animation, frankly speaking there is not much thing to say about since again, this is a romance-comedy anime. So naturally, we cannot expect some top-tier quality animation like in action anime. Nonetheless, the visual and animation in Seishun Buta Yarou anime is solid in overall, not to mention the female character looks pretty good, or Mai in particular.

There is also not much thing to talk about music and sounds in Seishun Buta Yarou anime, though personally we believe that they work really well with different contexts. The voice acting is also a strong point, especially in episode 3 when Sakuta expressing his feeling for Mai to the whole school.

Now we come to the main attraction of this anime. If you are like us who “misunderstands” this anime at first, probably you also had a not-so-good first impression about it based on the promotional art and the unclear synopsis. Some people even think that Seishun Buta Yarou is simply another harem-comedy anime which relies on fan service with cute girls rather than having a good story. But oh boy were we wrong, and we are extremely happy with that.

A love story of a bizarre, yet adorable couple 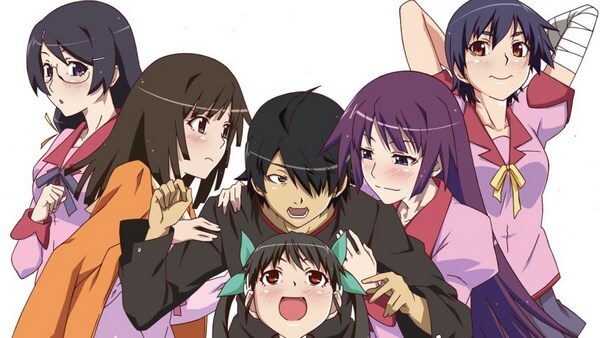 It’s like Monogatari and Oregairu have a child. (Source: Internet)

From our perspective, the “Puberty Syndrome” theme in Seishun Buta Yarou is not exactly innovating since it feels somewhat similar to Monogatari series. That being said, this series does manage to create its own interesting storytelling, partly thanks to the fascinating interaction between characters. Overall, we think this “Puberty Syndrome” does a great job in laying a good foundation for the contexts and dramas.

Just a girl wearing bunny outfit in a library, nothing to see here! (Source: Internet)

In case of Mai, her story feels rather convincing. In short, it causes everyone around to gradually forget about her. And while Mai does not seem to be bothered by it at first, it gradually proves to be one of the most terrible things can happen to a young teenager. It does make us to think about, especially when we witness Mai’s mother, the person who is supposedly can never forget her own child, actually forgets about her. It truly feels scary when we put ourselves onto her shoe and thus, we sympathize with the character. The best thing is: this gives the romance story between Sakuta and Mai more believable. The development between these adorable couple just feels more interesting and we do feel like rooting for them. The anime does pull out certain emotions within the audience and that is not something easy to pull out in these fictional stories. 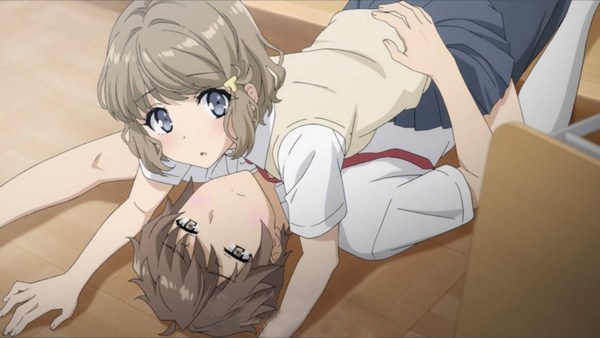 This is only a coincidence… (Source: Internet)

When the couple officially show their love with each other in episode 3, we were kind of curious (and a bit worrying too) since we did not expect that plot-point happened so quickly. According to the original light novel, Sakuta will gradually meet new girls who also have “Puberty Syndrome.” But still, we don’t know how the story will develop since it can easily fall into harem-type of story, which is kind of… overwhelming nowadays. However, once again we are surprised by the development in episode 4. The plot of Sakuta falling into a time-loop is really interesting. So far we can’t say for certain, but if the anime can keep up with this pace, Seishun Buta Yarou will definitely be one of the best anime of 2018.

A believable and lovaly couple

This is probably the top reason why we and many other viewers fall in love with this series. Both Sakuta and Mai have contrast personalities, yet such differences make their characters feel more interesting and livelier, especially when they interact with each other. 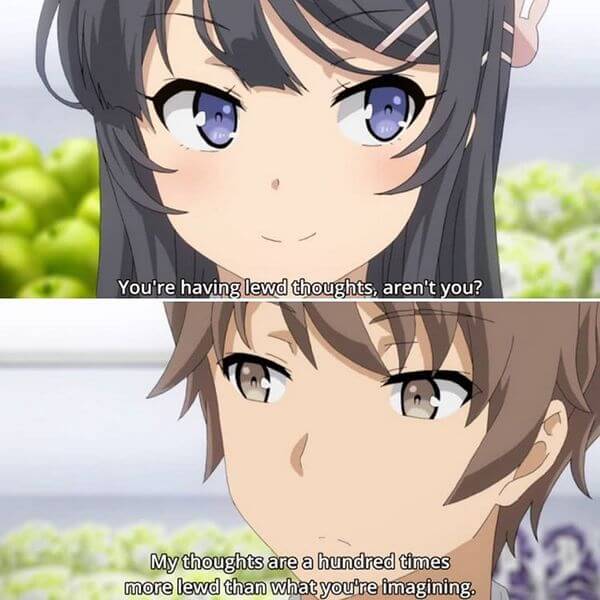 In terms of Sakuta, he is an introvert character with interesting attitude about things around him. He does not let himself be bothered by the rumors surrounds him. He is sarcastic and has an excellent sense of humor. That said; Sakuta also has a sympathetic, caring side of him as he genuinely concerns about Mai and her problem. 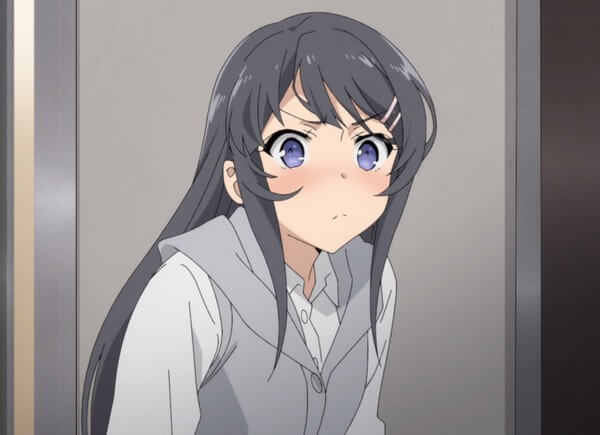 On the other hand, Mai has a pretty mature personality given her former background as an idol. At first glance, she seems to be a strong girl; however, there is also a sense of loneliness around her as no one seems to care about her. Later on, we discover that Mai has quite a traumatic memory of the past as an idol. She is lonely and afraid. Her emotion feels real and relatable when her mother suddenly forgets about her. Her connection with Sakuta also feels real since he is the only one who can see her and understand her, thus explaining her fear of seeing Sakuta – the last person closest to her – forget about her. 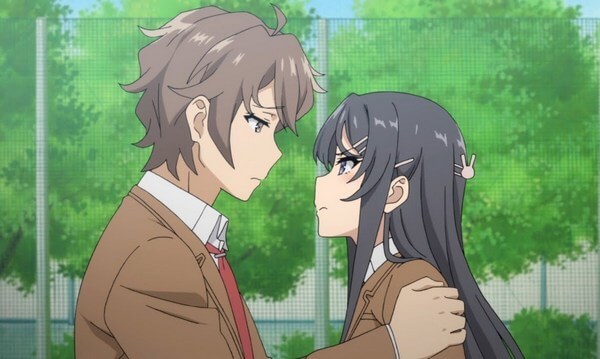 Both Mai and Sakuta are not our typical anime high-school students. They feel mature and they have genuine conversation, not doing some cliché anime-romance stuff like nosebleed, chest-grabbing, or any other acts in similar manner. Seeing their witty exchange, teasing each other, and sharing stories of each other is really fun and intriguing to watch, and this sets Seishun Buta Yarou apart from the cliché romance-comedy troupe which is so popular in current era.

In terms of supporting characters, they are solid in our opinion, especially the science girl who often discusses problems with Sakuta. Otherwise, we can’t speak for more since there have only been 4 episodes at the moment.

Overall, Seishun Buta Yarou is a great romance with supernatural element anime so far. We like the way Sakuta and Mai, the two main characters, interact and how they development feeling for each other. The characters feel mature; they have meaningful conversation and interaction. There is nothing feel out of place or outrageous, and more importantly, the audiences can feel sympathetic and rooting for this fictional couple, which is not something easy to come by in this day and age. And for that, the current verdict for Seishun Buta Yarou is an 8/10. Of course, this rating may change depending on how the story develops in future episodes.

But that is it for now. And what about you? What do you think of Seishun Buta Yarou? Feel free to share with us and for now, thank you and stay tune for more news in the future!