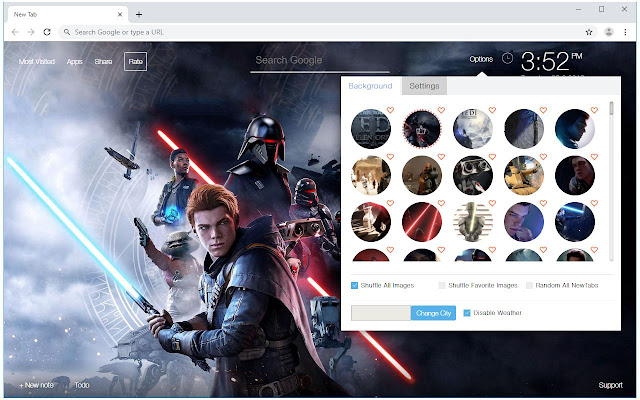 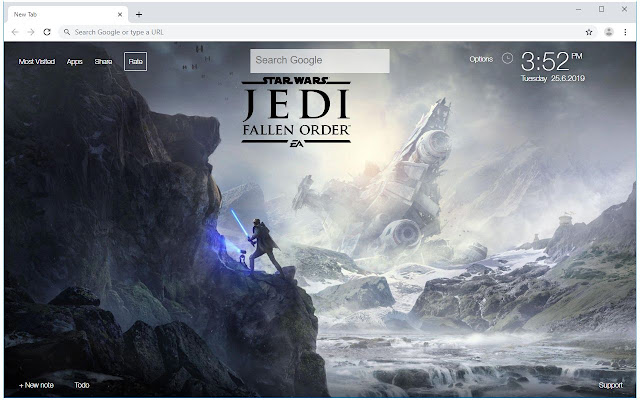 ★ What can you get from our Star Wars Jedi Fallen Order themes?

First, you can enjoy a wide range of wallpapers in HD quality. You can shuffle all pics, or, shuffle your favorite Star Wars pics only. You can also select Slideshow option and enjoy a cool screensaver with Star Wars Jedi Fallen Order wallpapers. And, you can use other free addon themes along with this new tab.

Second, the extension provides quick navigation to your most visited sites, Chrome apps like Gmail, or quick reminder with To-Do List right on the Star Wars Jedi Fallen Order theme. Date & time can also be shown on this new tab if you need.

Finally, you can enjoy all these features for free! Our Star Wars extension does not include ads or any hidden catch! 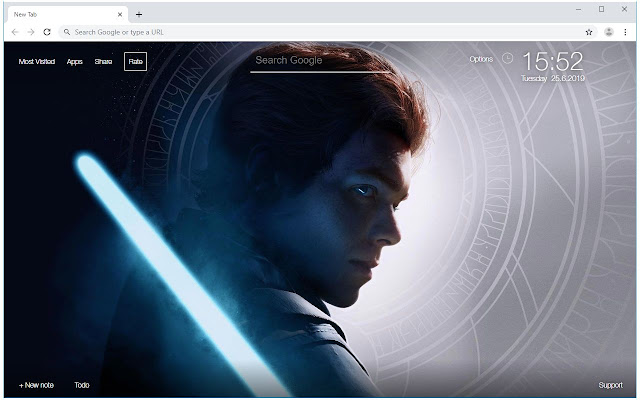 – Star Wars Jedi: Fallen Order is an upcoming single-player action-adventure video game developed by Respawn Entertainment and published by Electronic Arts, set in the Star Wars universe shortly after Episode III – Revenge of the Sith. It was announced during E3 2018 and a more detailed reveal took place at the Star Wars Celebration in April 2019. The game will be released for Microsoft Windows, PlayStation 4, and Xbox One on November 15, 2019. 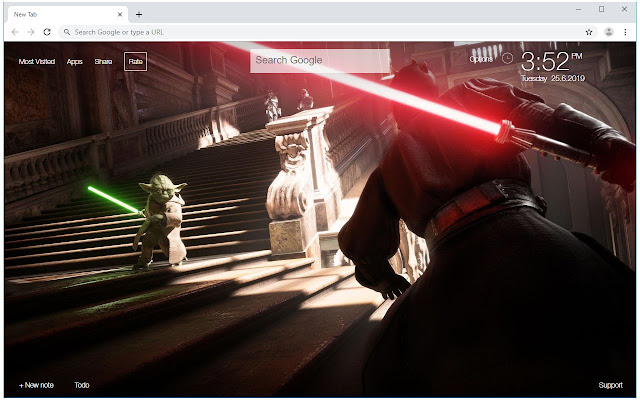 – Set a few years after Revenge of the Sith, Jedi Padawan Cal Kestis has escaped clone Order 66 and is now on the run from the Galactic Empire. After attempting to salvage a Venator Class Star Destroyer above a Sarlacc Pit, an accident happens in which a nearby Imperial Probe Droid surveys the event in which Cal has to openly use the Force to save one of his friends from falling into the pit. The droid transmits the footage to the Empire causing Cal’s true identity to be revealed to the imperials. The Empire dispatches the Second Sister, an inquisitor trained by Darth Vader, to hunt down the Padawan and eradicate the remaining Jedi Knights. 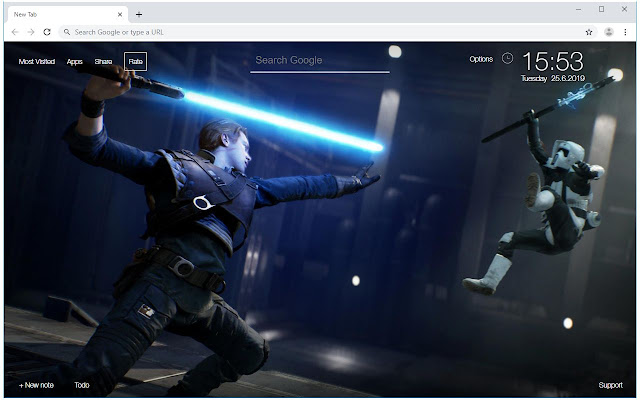