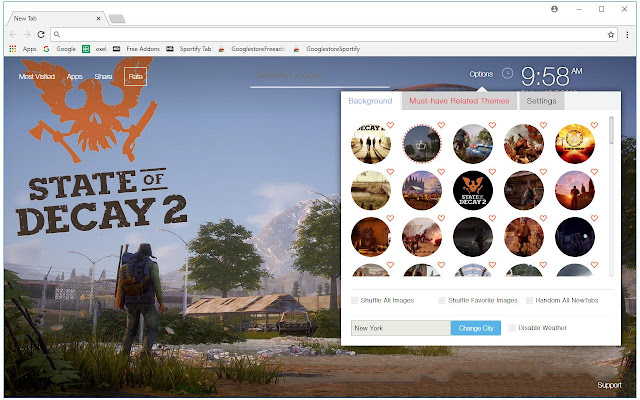 ★ Interested in FPS or Survival games like State of Decay, Fortnite, or Overwatch? Visit our homepage for more HD wallpapers and newtab themes: https://freeaddon.com/

We hope you have a fun time with our State of Decay extension. To uninstall, just right click on the state of decay icon and choose Remove from Chrome. 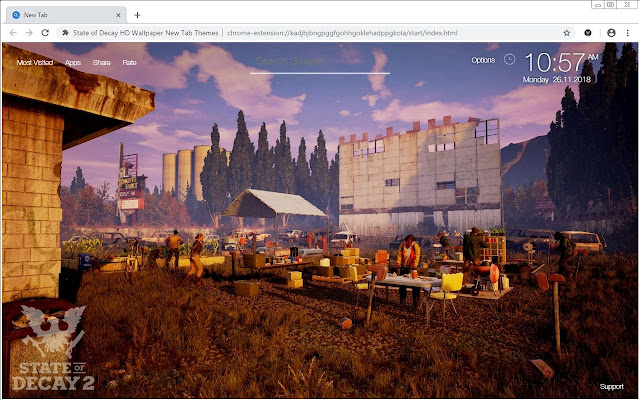 ★ What can you get from my State of Decay themes?

Finally, you can enjoy all these features for free! My State of Decay extension does not include ads or any hidden catch! 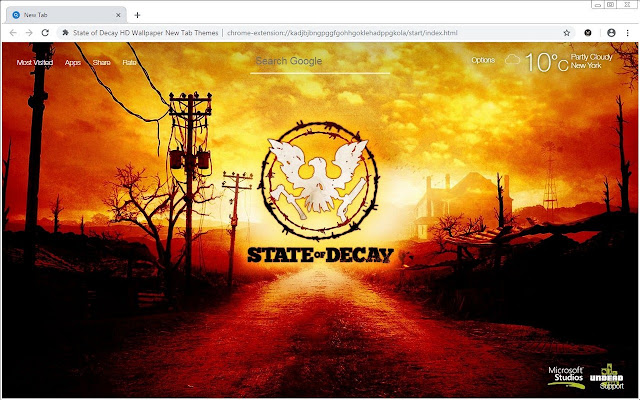 ABOUT STATE OF DECAY:

– State of Decay is an action-adventure survival horror stealth video game developed by Undead Labs and published by Microsoft Studios. It places emphasis on how the player’s leaderships skills fare against an onslaught of problems, such as diminishing survival resources, group trust and morale, zombie extermination, base defenses, and people’s lives. The game also combines elements of shooters, stealth, role-playing and strategy games and the game challenges players to survive by exploring, scavenging, and fighting the undead. 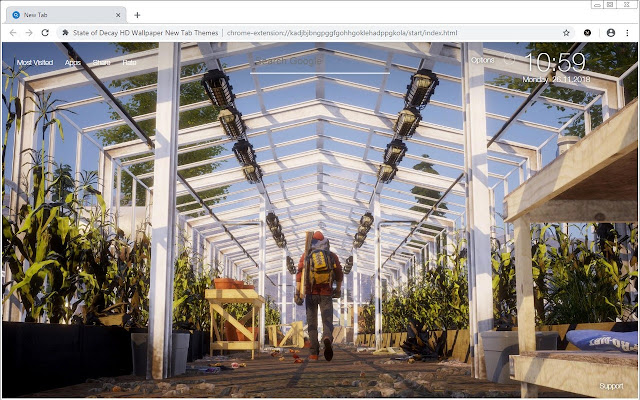 ABOUT STATE OF DECAY:

– It was first released for the Xbox 360 on June 5, 2013 and was met with positive reviews. A Microsoft Windows version was released on September 20, 2013 via Steam’s Early Access,[7] with an official release following on November 5, 2013. A remastered version called the Year-One Survival Edition was released on April 28, 2015 for Microsoft Windows and Xbox One with mixed reviews.
– State of Decay 2 was announced at Xbox’s E3 2016. The game, which introduces cooperative multiplayer, is set for release in May 2018. 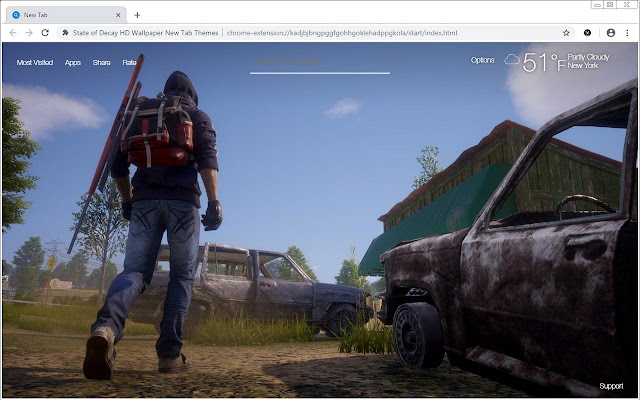