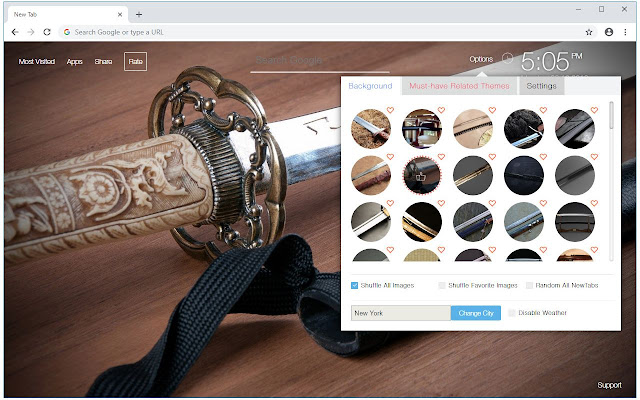 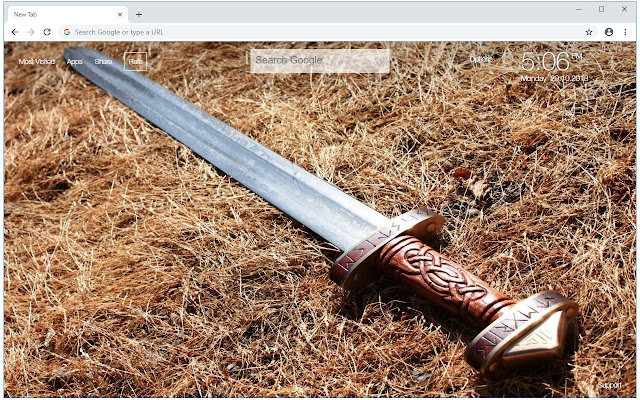 ★ What can you get from our sword themes?

First, you can enjoy a wide range of sword wallpapers in HD quality. You can shuffle all pics, or, shuffle your favorite sword pics only. You can also select Slideshow option and enjoy a cool screensaver with sword wallpapers. And, you can use other free addon themes along with this swords new tab.

Second, the extension provides quick navigation to your most visited sites, Chrome apps like Gmail, or quick reminder with To-Do List right on the swords theme. Date, time and weather forecast can also be shown on sword new tab if you need.

Finally, you can enjoy all these features (and more will be added on your requests) for free! Our sword extension does not include ads or any hidden catch! 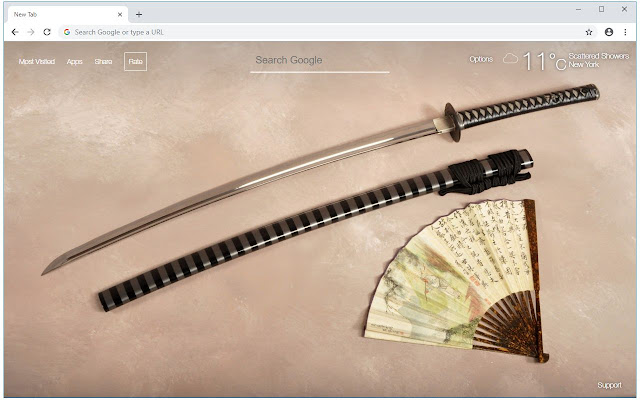 – A sword is a bladed weapon intended for slashing or thrusting that is longer than a knife or dagger, consisting of a long blade attached to a hilt. The precise definition of the term varies with the historical epoch or the geographic region under consideration. The blade can be straight or curved. Thrusting swords have a pointed tip on the blade, and tend to be straighter; slashing swords have a sharpened cutting edge on one or both sides of the blade, and are more likely to be curved. Many swords are designed for both thrusting and slashing.
– Historically, the sword developed in the Bronze Age, evolving from the dagger; the earliest specimens date to about 1600 BC. The later Iron Age sword remained fairly short and without a crossguard. The spatha, as it developed in the Late Roman army, became the predecessor of the European sword of the Middle Ages, at first adopted as the Migration Period sword, and only in the High Middle Ages, developed into the classical arming sword with crossguard. The word sword continues the Old English, sweord.[1]
– The use of a sword is known as swordsmanship or, in a modern context, as fencing. In the Early Modern period, western sword design diverged into roughly two forms, the thrusting swords and the sabers. 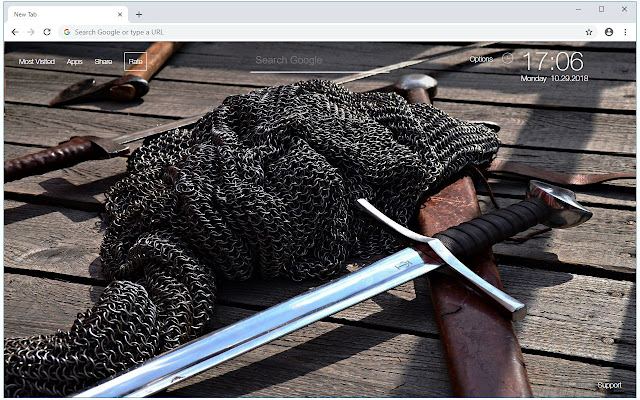 – The thrusting swords such as the rapier and eventually the smallsword were designed to impale their targets quickly and inflict deep stab wounds. Their long and straight yet light and well balanced design made them highly maneuverable and deadly in a duel but fairly ineffective when used in a slashing or chopping motion. A well aimed lunge and thrust could end a fight in seconds with just the sword’s point, leading to the development of a fighting style which closely resembles modern fencing.
– The saber (sabre) and similar blades such as the cutlass were built more heavily and were more typically used in warfare. Built for slashing and chopping at multiple enemies, often from horseback, the saber’s long curved blade and slightly forward weight balance gave it a deadly character all its own on the battlefield. Most sabers also had sharp points and double-edged blades, making them capable of piercing soldier after soldier in a cavalry charge. Sabers continued to see battlefield use until the early 20th century. The US Navy kept tens of thousands of sturdy cutlasses in their armory well into World War II and many were issued to marines in the Pacific as jungle machetes.
– Non-European weapons called “sword” include single-edged weapons such as the Middle Eastern scimitar, the Chinese dao and the related Japanese katana. The Chinese jìan is an example of a non-European double-edged sword, like the European models derived from the double-edged Iron Age sword. 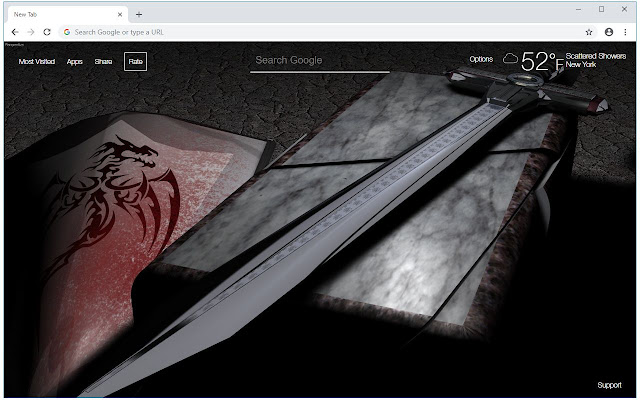