Install my Tales Of New Tab Themes and enjoy varied HD wallpapers of Tales Of, everytime you open a new tab. 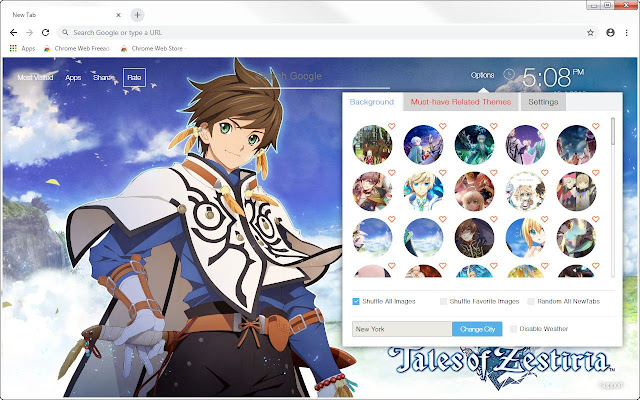 ★ Interested in JRPG themes other than Tales Of? Visit our homepage for more HD wallpapers and newtab themes: https://freeaddon.com/ 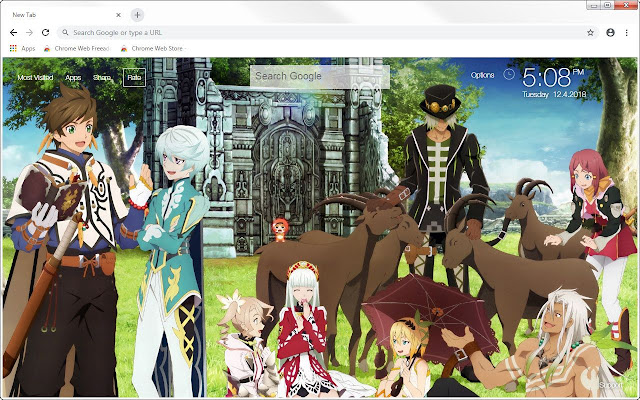 ★ What can you get from our Tales Of themes?

First, you can enjoy a wide range of Tales Of wallpapers in HD quality. You can shuffle all pics, or, shuffle your favorite pics only. You can also select Slideshow option and enjoy a cool screensaver with wallpapers. And, you can use other free addon themes along with this Tales Of new tab.

Second, the extension provides quick navigation to your most visited sites, Chrome apps like Gmail, or quick reminder with To-Do List right on the theme. Date, time and weather forecast can also be shown on Tales Of new tab if you need. 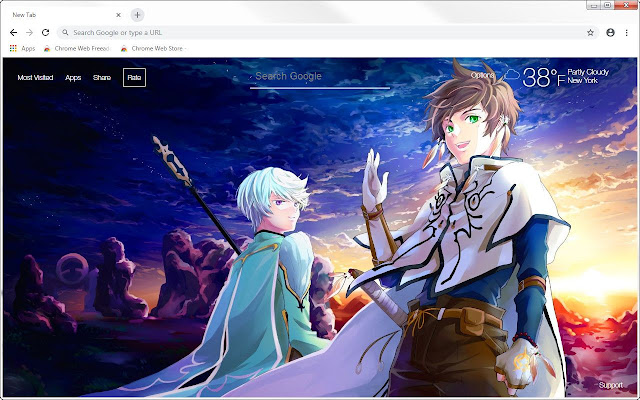 ★ About Tales Of franchise:

– The Tales series, known in Japan as the Tales of series (Japanese: 「テイルズ オブ」シリーズ Hepburn: “Teiruzu Obu” Shirīzu), is a franchise of fantasy role-playing video games published by Bandai Namco Entertainment (formerly Namco), and developed by its subsidiary, Namco Tales Studio until 2011 and presently by Bandai Namco. First begun in 1995 with the development and release of Tales of Phantasia for the Super Famicom, the series currently spans sixteen main titles, multiple spin-off games and supplementary media in the form of manga series, anime series, and audio dramas.
– While entries in the series generally stand independent of each other with different characters and stories, they are commonly linked by their gameplay, themes and high fantasy settings. The series is characterized by its art style, which draws from Japanese manga and anime, and its action-based fighting system called the “Linear Motion Battle System”. Multiple people have become linked with the series, including character designers Kōsuke Fujishima and Mutsumi Inomata, producers Hideo Baba and Makoto Yoshizumi, and composer Motoi Sakuraba. The series was created by Yoshiharu Gotanda. 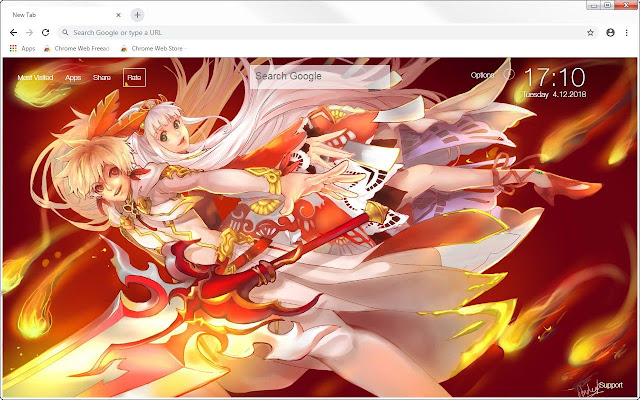 ★ About Tales Of franchise:

– Most of the main Tales games have been localized for North America and Europe, although almost all of the spinoff titles have not been released abroad. While generally seen as a niche series in English speaking regions, Tales is considered a high-profile property in Japan. 1UP.com’s Jeremy Parish, speaking in 2006, referred to the franchise as the third biggest RPG series in Japan behind Final Fantasy and Dragon Quest.[1] The series has been gaining popularity in the West since the release of Tales of Symphonia, which is still considered one of its most popular titles. As of December 2013, the series has shipped 16 million units worldwide. 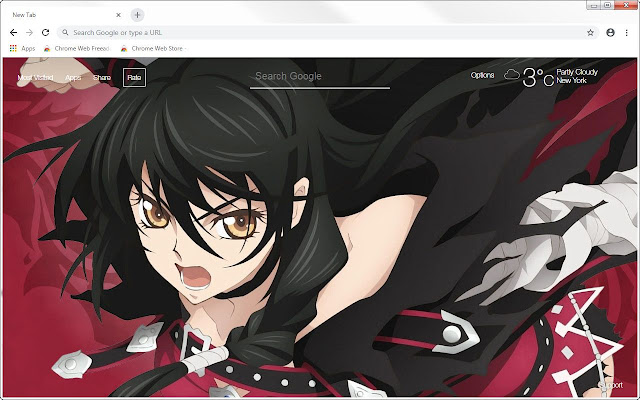