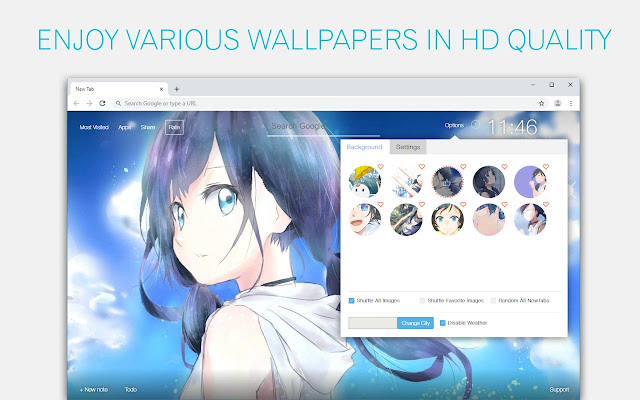 ★ For more new tab products like Weathering With You anime (Tenki no Ko), visit our website: https://freeaddon.com/ 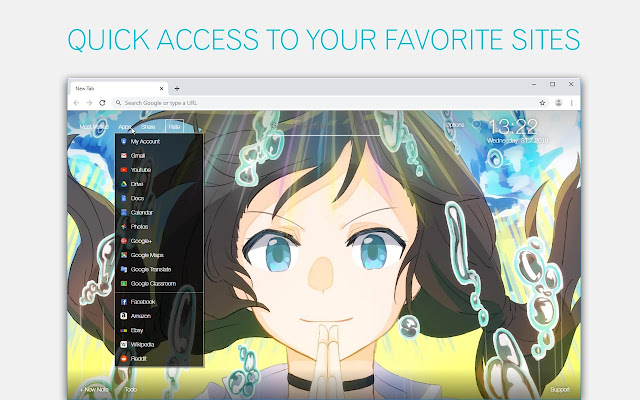 ★ Features of “Weathering With You Wallpapers Custom New Tab” extension:

✔ Customized new tab page featuring Weathering With You (Tenki no Ko) wallpapers in HD quality. Choose your favorite wallpapers, and even use many FreeAddon new tab along with this one, not just Weathering With You anime.
✔ Count Gmail unread emails. Quick access to most visited sites and Google Apps like Gmail or YouTube.
✔ Check out current date-time with a digital clock right on Weathering With You anime themed newtab page.
✔ You can also add sticky notes, to-do tasks list, reminder and countdown to events.

★ FreeAddon’s “Weathering With You Wallpapers Custom New Tab” extension is completely free to use. Our extension DOES NOT have ads or virus. 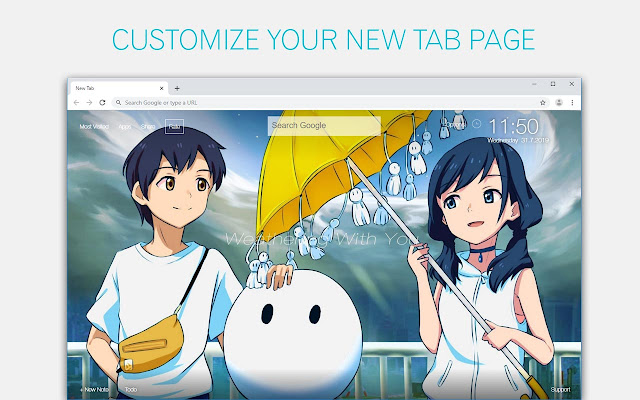 ★ About Weathering With You anime:

– Weathering with You (Japanese: 天気の子 Hepburn: Tenki no Ko, lit. “Child of Weather”) is a 2019 Japanese animated romantic fantasy drama film written and directed by Makoto Shinkai, best known for the 2016 film Your Name. Weathering with You is set in Japan during a period of exceptionally rainy weather. The movie tells the story of Hodaka Morishima, a high-school teenager who has run away to Tokyo and befriends an orphan girl named Hina Amano, who appears to be able to manipulate the weather. 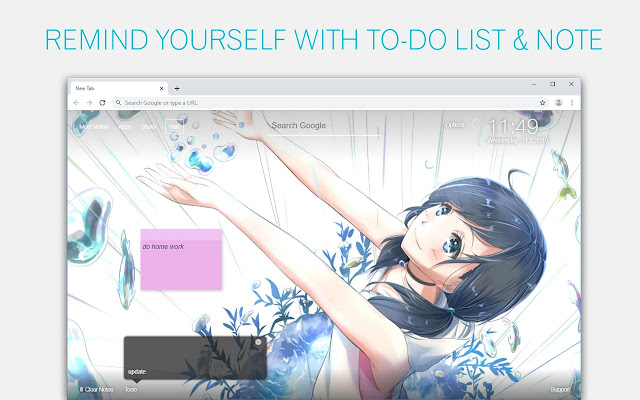 ★ About Weathering With You anime:

– The film was produced by CoMix Wave Films, Genki Kawamura, and Story Inc., with music composed by Radwimps. It was released in Japan on July 19, 2019. A novel adaptation, written by Shinkai, was published on July 18, 2019, one day before the film’s debut. It is one of his original works. A manga adaptation illustrated by Watari Kubota first serialized in Kodansha’s Afternoon on July 25, six days after the film’s release. It was selected as the Japanese entry for the Best International Feature Film at the 92nd Academy Awards. 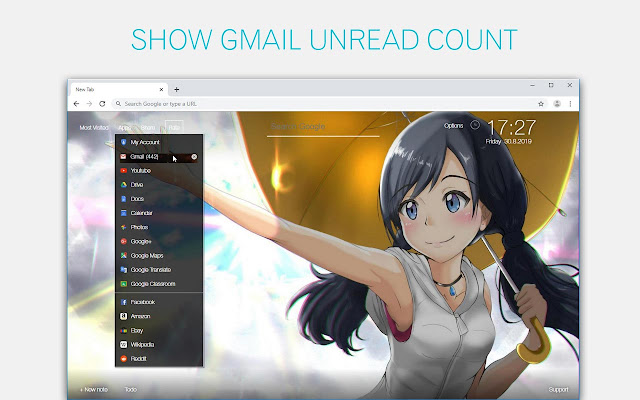