Minecraft is definitely one of the most popular games to date. The game’s value lies in its creativity, exploration, and even education. Its possibility is also endless thanks to the modding community and various Minecraft multiplayer servers. Of course, such a popular game will have tons of merchandises borrowing Minecraft theme. And this time, we have a special “merchandise” from Microsoft: the exclusive Xbox One S Minecraft Limited Edition Bundle. So, what does this new Xbox One S Minecraft Limited Edition has to offer? Is it worth to get one? Let’s find out!

Table of Content:
1. Appearance
2. What’s featured?
Is it worth it?
“Is it worth playing Minecraft on Xbox One S?”
“What about the value I get from it?”
Final Verdict

As always, when a new special Xbox version comes out, what interests us right off the bat is its appearance. Here is the box of Xbox One S Minecraft Limited Edition: 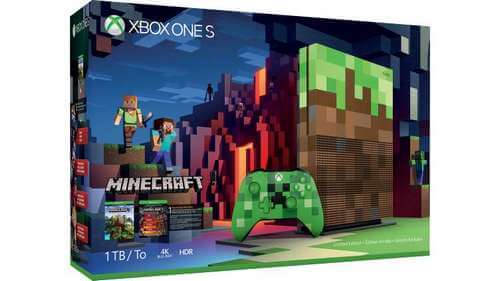 And then we have Xbox One S itself with spectacular coloring of Minecraft, along with the Creeper-theme Xbox One Controller: 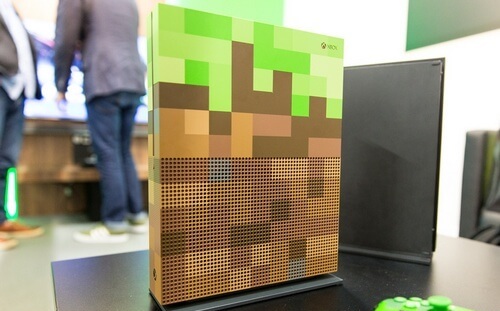 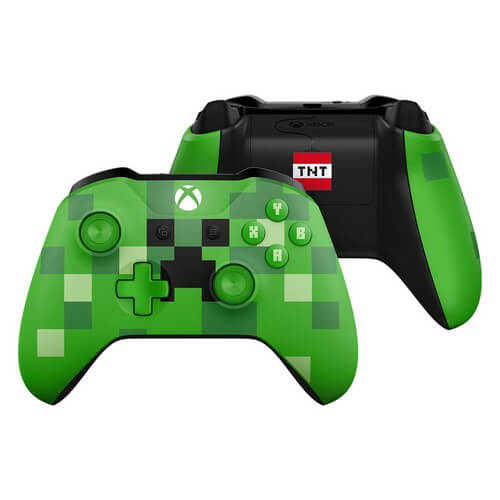 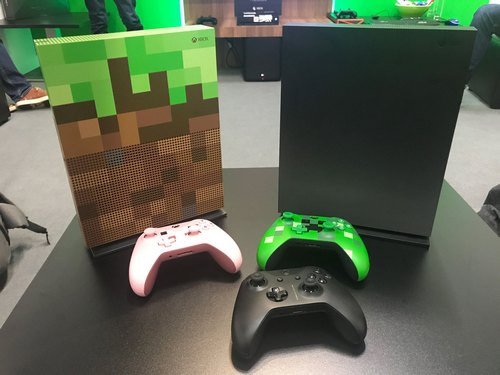 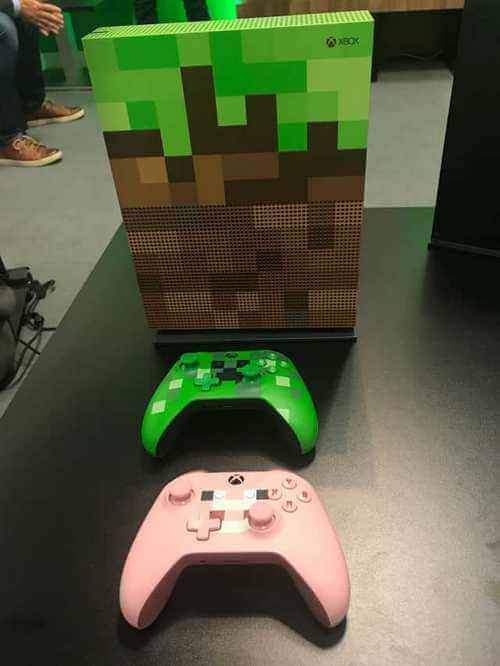 In addition, Microsoft also features a Minecraft pig-theme Xbox One Controller, making a fantastic couple with the Creeper Controller: 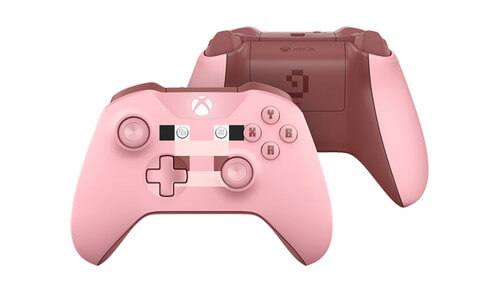 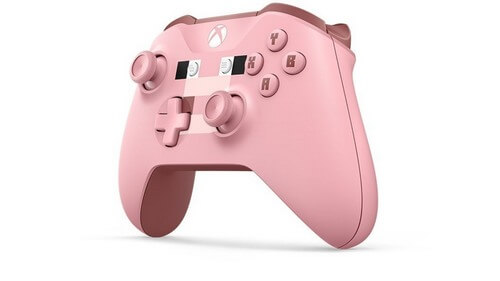 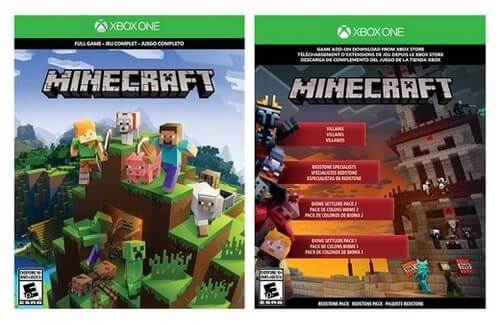 Of course as a Xbox One S, this Xbox One S Minecraft Limited Edition also has the same features like every other Xbox console, including services and apps like Netflix, Hulu, Amazon, and Spotify. But that’s all the core services and apps. What we want to see is the exclusive features of this edition.

Is it worth it? 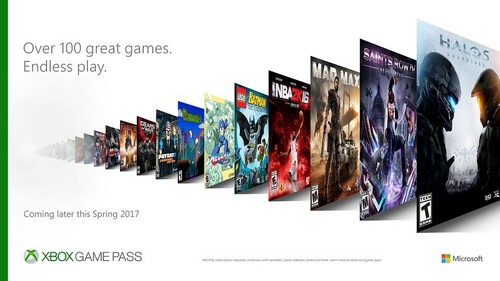 But aside from the appearance, what’s about the features then? Firstly, the bundle provides the Minecraft game which costs $19.99 (both PC and Xbox version). This Minecraft game also comes with the Redstone Pack which features special skins for Minecraft and costs $1.99. This means we get the total value of about $22.

In addition to the Minecraft game, buyers gain access to Xbox Live Gold 14-day trial, along with the one month free of Xbox Game Pass. Personally, we rate the free one month Xbox Game Pass highly since it is extremely helpful for testing various games. Nowadays, there are tons of games which we often feel hesitate since we don’t know whether they’re good for us or not. With 1 month of Xbox Game Pass, we can freely try many games without paying anything, which is a big plus indeed.

“Is it worth playing Minecraft on Xbox One S?” 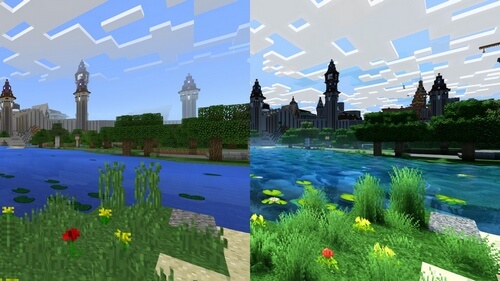 In general, yes, it is worth it. The reason is playing games such as Minecraft on console usually feels much better with keyboard and mouse. Also, you will gain a safer distance between your eyes and the screen when playing on console. Another big plus is that you can play cross-platform with the Better Together update, featuring cross-play with PC, mobile, and VR (Nintendo Switch cross-play is coming soon). Players who prefer high quality graphic may also prefer Xbox One S more since it features 4K Ultra HD Blu-ray™.

Minecraft multiplayer works perfectly fine on Xbox One. Also playing on Xbox One has another plus which allows you to co-op with your family and friends easily.

“What about the value I get from it?” 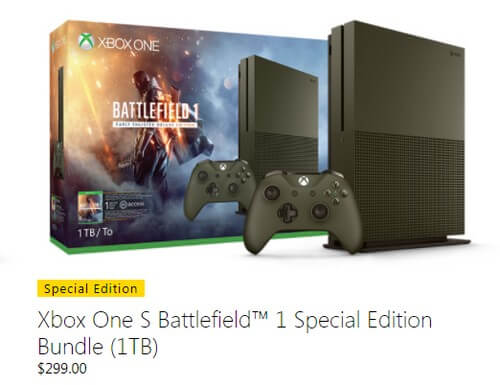 Some people are quite careful in purchasing new console, or specifically the special edition. It is understandable since these special editions often cost quite an amount of money and we generally don’t want to waste our hard-earned money.

So if we gets a bit more “nit-picky”, let say we gain benefit from 5$ for 14 days of Xbox Live Gold, and about 10$ for a full month Xbox Game Pass. In total we get 15$ of value, combining with 22$ for Minecraft game then finally we get $37 in total. Currently the price of Xbox One S Minecraft Limited Edition is around $399. It means by buying this bundle, we spend approximately 362$ for the 1TB Xbox One S Minecraft skin and 37$ for the features above.

The Xbox One S Minecraft Limited Edition bundle have just released on October 3, 2017. But try to get it as soon as you can if you’re interested. The bundle is limited edition and of course, you will want to grab it before too late.

But anyway, that’s just our subjective opinion. What’s important is what do you think? Feels free to share with us your opinion! And for now, thank you and stay tune for more news in the future!

One thought on “What’s New on Xbox One S Minecraft Limited Edition Bundle?”