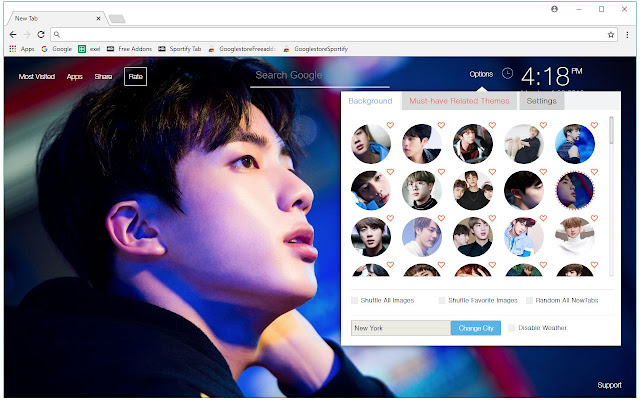 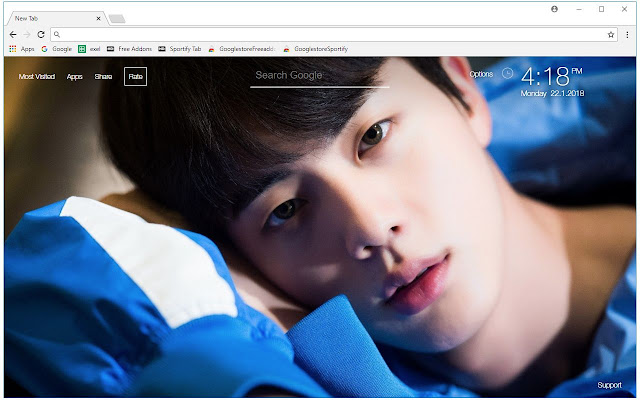 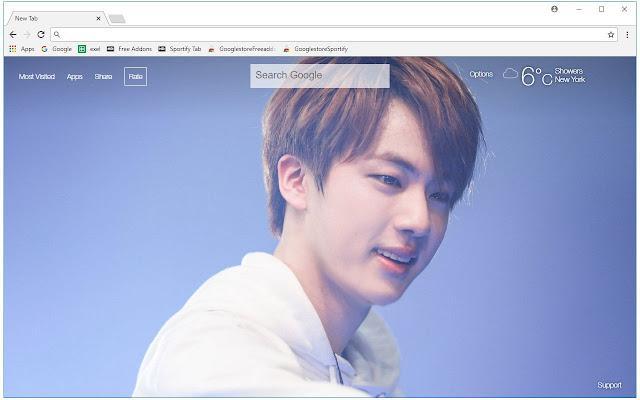 – Kim Seokjin (Hangul: 김석진), better known by his stage name Jin (진), is a vocalist and the main visual of BTS. He is the oldest member, born on December 4th, 1992 (age 25). Jin made his debut on June 13, 2013, as a member of BTS on Mnet’s M! Countdown with the track “No More Dream” from their debut single album 2 Cool 4 Skool. Together with the members of BTS, he went on to win a series of awards and performed at several events such as the Mnet Asian Music Awards (MAMA). 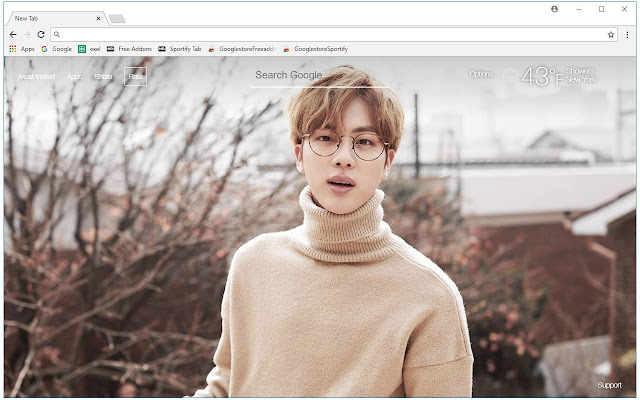 – His favorite hobbies include cooking, eating, dolls, telling dad jokes, blowing air kisses, playing video games, snowboarding, looking at photographs and recipes, and taking selcas.
– When he dances, he is said to look like traffic police (교통 경찰).
– He has a soft voice fit for OST.
– He is roommates with Suga. When BTS changed roommates, Jin and Suga stayed together. Suga stated that he ‘couldn’t have a more perfect roommate’.
– The best way to make Jin despair is to take away his food and his Nintendo.
– His favorite color was pink. In a 2017 interview, he stated that it is now blue.
– His favorite number is 4.
– His favorite foods are lobster, meat, naengmyeon (Korean noodle dish), chicken, hamburgers, pizza, and all types of greasy junk food.
– He likes anime, Disney princesses, his Maple Story and Super Mario action figures, and Nintendo games.
– He’s handsome worldwide, remember that or you’re not a true fan. 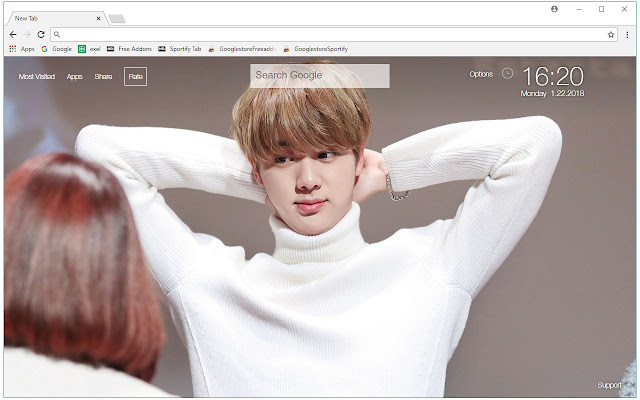