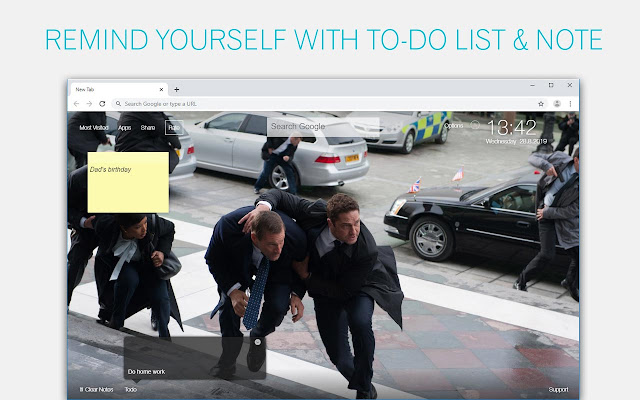 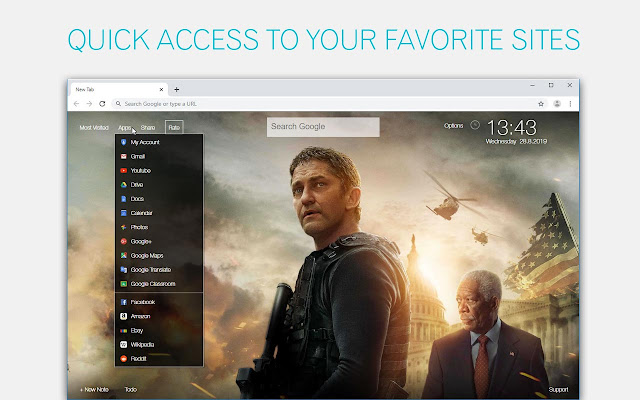 ✔ Customized new tab page featuring Fallen series wallpapers in HD quality. Choose your favorite wallpapers, and even use many FreeAddon new tab along with this one, not just Fallen series.
✔ Count Gmail unread emails. Quick access to most visited sites and Google Apps like Gmail or YouTube.
✔ Check out current date-time with a digital clock right on Fallen series themed newtab page.
✔ You can also add sticky notes, to-do tasks list, reminder and countdown to events.

★ FreeAddon’s “Fallen Series Wallpaper HD Custom New Tab” extension is completely free to use. Our extension DOES NOT have ads or virus. 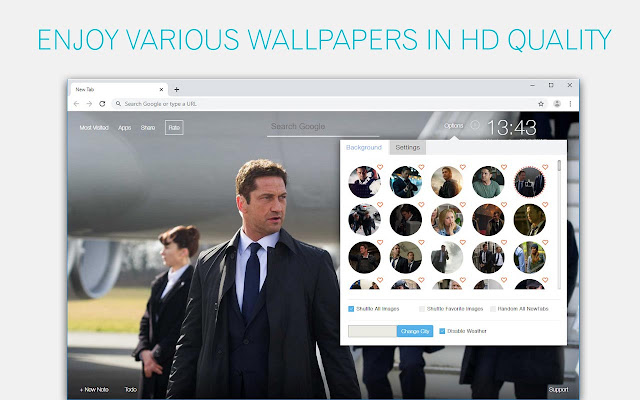 – Fallen is an American action film series created by screenwriters Creighton Rothenberger and Katrin Benedikt. It stars Gerard Butler as United States Secret Service agent Mike Banning and Aaron Eckhart as Benjamin Asher, the President of the United States. The series also features Morgan Freeman as the Speaker of the House-turned POTUS Allan Trumbull. The series consists of: Olympus Has Fallen (2013), London Has Fallen (2016), and Angel Has Fallen (2019). The series has received generally mixed critical reception and has grossed $400 million worldwide. 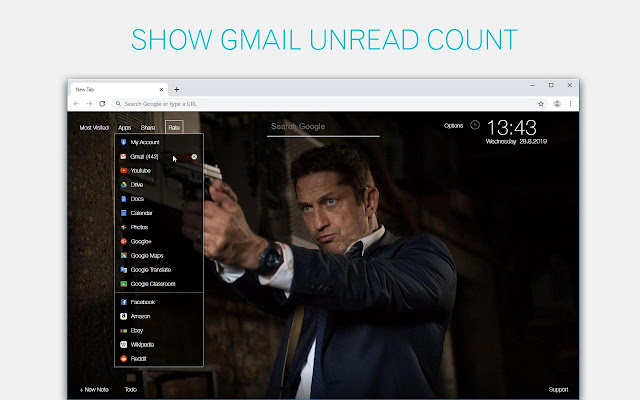 – Synopsis:
+ Olympus Has Fallen (2013): Disgraced Secret Service agent (and former presidential guard) Mike Banning (Gerard Butler) finds himself trapped inside the White House in the wake of a terrorist attack led by Kang, a Korean terrorist group leader. Using his inside knowledge, Banning must work with national security to rescue the President from his kidnappers.
+ London Has Fallen (2016) In London for the Prime Minister’s funeral, Mike Banning discovers a plot to assassinate all the attending world leaders involving an Arab terrorist leader and his son.
+ Angel Has Fallen (2019): Mike Banning was framed for the attempt by a rogue private military company to assassinate the President and must race against time to clear his name while uncovering the real threat. 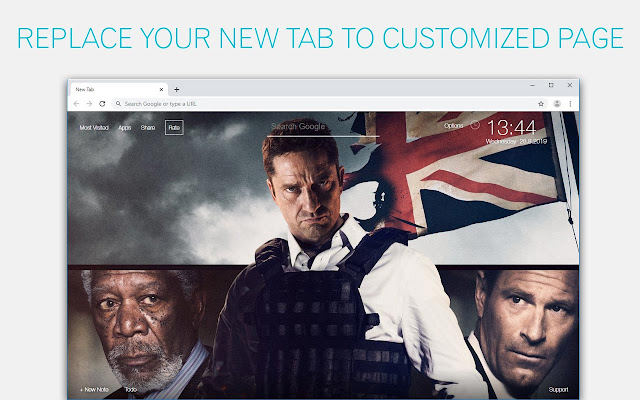