Besides our beloved main character Goku, Vegeta is another fascinating character, if not more interesting, due to his character development. From a villain and mortal enemy of Goku, he gradually learned various things throughout his life on Earth with Goku and other friends. That said; there is one thing fans always want to see: Vegeta gets more “love” from the author. Somehow, Goku has surpassed Vegeta numerous times in terms of power and he often gets jealous each time he sees Goku getting a newfound power. Yet, in the recent event of Dragon Ball Super Tournament of Power, he didn’t show any sort of jealousy when he saw Goku’s Ultra Instinct form. Why’s that? What is he hiding? Does he surpass Goku this time? Let’s find out!

Table of Content:
1. Vegeta vs Goku throughout history
2. Vegeta’s true power in Tournament of Power

So in order to determine how strong is Vegeta, let’s compare him with Goku since they are the best rivals. And of course, people always want to see which fighter among them is stronger. So here we go!

1. Vegeta vs Goku throughout history

Of course saying Goku always surpasses Vegeta is kind of overstatement since it depends on different times in Dragon Ball history. 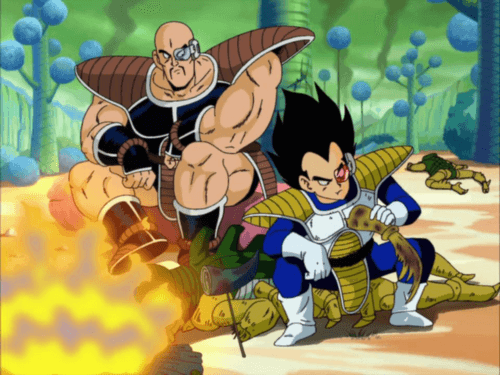 At the first time they met, Vegeta is clearly on the stronger side. Goku tried various techniques, including Kaio-ken, then Kaio-ken x2 but all those efforts didn’t work. It required Goku to use Kaio-ken x3 & 4 to defeat him. However, it put great strain and pain on Goku’s body. Eventually, Goku still lost to his Great Ape Form.

That was the first Vegeta made his appearance and he totally overpowered Goku (he was only temporary defeated after Goku using Kaio-ken). But ever since, most of the time Goku surpassed Vegeta especially in terms of gaining new power. When he and Goku used the same Form, he mostly lost to Goku, or just equal at best. But the thing was: Goku was always one step ahead of Vegeta, no matter how hard he tried.

At the end of Dragon Ball Z, Goku was the only one who could transform to Super Saiyan 3 while Vegeta couldn’t. Even Vegeta had to admit that Goku was stronger than him due to his lack of Super Saiyan 3 (we can sure that admitting this wasn’t easy for him). Despite being sequel to Dragon Ball Z, Dragon Ball GT isn’t directly based on Akira Toriyama’s original series. Still, it is a legit story to estimate Vegeta’s power. Since Dragon Ball GT is the shortest series, we will only consider the final Shadow Dragon Arc.

Of course this fight against Omega Shenron didn’t show how powerful Vegeta compared to Goku. Still, we have the impression that they are equal in power when both transformed to Super Saiyan 4. 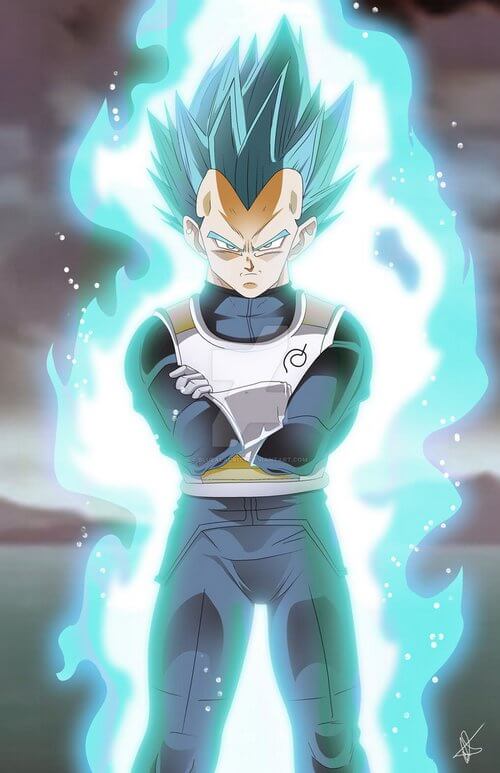 Let say Goku and Vegeta were likely to be in equal term. However, it seemed the “love” still leaned towards Goku. Although Vegeta could transform between Super Saiyan God and Super Saiyan Blue at will, in the end Goku mastered these forms better than Vegeta. And no doubt, it was a big pain for him.

As the results, it seemed Vegeta was still kind of… inferior to Goku. And of course, this pattern greatly “disturbed” his fans… Until recently, we have pretty good hints of what he has learned and high chance he surpassed Goku this time.

According to episodes 109 & 110, we’ve seen Goku suddenly transformed to Ultra Instinct Form. With this new form, Goku was able to fight on par with Jiren but unfortunately, he couldn’t maintain that form for long. Meanwhile, there was an interesting notion about Vegeta as he didn’t show any sort of jealousy towards Goku. If we recalled most of his reactions in the past, he often got angry when seeing Goku gaining new power. But this time, we didn’t see such reactions, which led us to a question: “did Vegeta have something on his sleeve?” 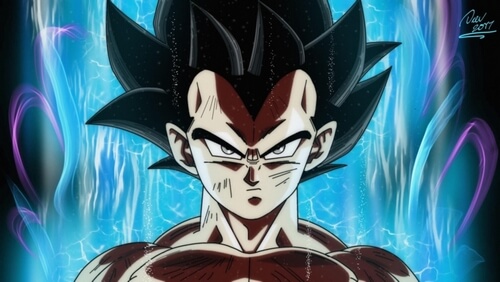 The answer is: yes! He has absolutely gained a new power and it will be insanely strong. On October 22, Odd Blankenship tweated the following: “Per the Heroes livestream, Goku will power up Ultra Instinct soon (“Omen” is the key word), and Vegeta’s not gotten serious yet either.”

This heavily implies that Vegeta is hiding something and he haven’t shown it yet. Let’s take a look at his reaction when seeing Goku Ultra Instinct Form again, he didn’t show any jealous. It was more like… curiosity rather than jealousy. This means he is confident with his own power and he knows that his current power is on par with Goku, if not superior. But what is this power he is hiding? Unfortunately, we still don’t know what it is yet. Many fans expect it to be Ultra Instinct and it is highly true. But if he has Ultra Instinct, why he didn’t recognize it from Goku‘s? This notion could mean 2 things:

Of course, this is pure speculation, but nevertheless, it is a fun thing to do while waiting to see his true power.

So people must be wondering what kind of power Vegeta achieved. Well, thanks to Sagar V and his awesome explanation video, we can partly guess about his newfound power. For more details, please check out his video down below:

Sagar V pointed out that the main reason why Vegeta couldn’t surpass Goku is due to his obsession with winning against Goku. And unfortunately for him, this obsession prevented him from focusing on his true inner potent, his very Ki. According to Whis, if he could relax his body and focus on Ki training, he would be one-step ahead Goku (which is likely to come true). Why’s that?

In short, if Vegeta could be able to let go of his obsession with Goku, he could calm himself and be aware more about people around him, including his family. While this may sound unrelated, it actually makes sense since family is what changed Vegeta. He started to think differently and it helped him change his mindset. So, did he actually change? Yes! Sagar V already made a comparison of his recent training to his old trainings. Unlike his previous trainings, this time, Vegeta didn’t show any sign of physical fatigue or tiredness. He looked calm and determined, and we definitely feel there was something different within him. This highly hinted that he has finally learned Ki control; he no longer depends on physical strength alone.

Can Vegeta surpass Goku this time? 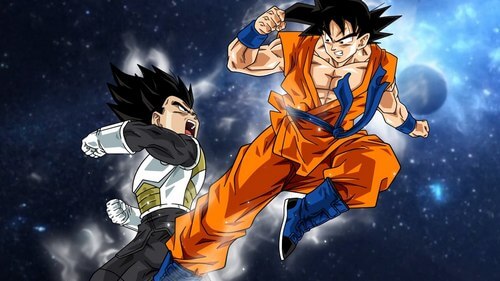 If they clashes this time? Who will win? (Source: Internet)

Let say it’s highly so. Again, when Goku suddenly gained Ultra Instinct, Vegeta only showed curiosity rather than jealousy. From this reaction, we highly think that Vegeta is confident with his power. His newfound power is highly equal, if not stronger than Goku.

Also, from Vegeta’s latest training a second time, we know that Vegeta already learned Ki control. Whatever his new power is (including Ultra Instinct possibility); he must already have practiced it numerous times off screen. If Vegeta’s hidden power is Ultra Instinct then definitely he has already mastered at least a part of it, unlike Goku who have just suddenly gained it.

But in any cases, this is definitely good news for Vegeta fans. Vegeta surely gained a new power, he has shown most character development. And in this Tournament of Power, he will surely surpass us all with his hidden insane power.