The recent episode 10 and 11 of Boku no Hero Academia Season 3 were so outstanding with the ultimate battle between All Might and All For One. At his final moment, All Might pulled out his most powerful technique: United States of Smash, which finally defeated this great villain. All Might may not be as strong as he once was before, but his spirit and hope will still remain within the young generations. And so, this would a great moment to talk about: All Might the Symbol of Peace! 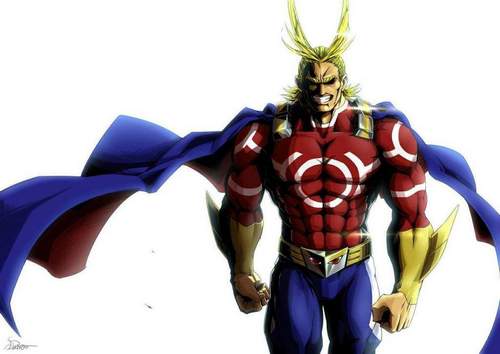 For fans of Boku no Hero Academia, how can anyone forget the name of the all-time top 1 hero – All Might? This huge, superman-like figure is so intimidating; he is the hope-bringer, the so-called Symbol of Peace by people of Japan. If you are in big trouble yet fortunate enough to meet him, then don’t worry! Why? Because he is here!

All Might has always been an important hero in Japan, and his reputation only raises higher, especially after his recent battle with the infamous villain All For One. Normally All Might often appears as a colossal man (in human’s standard). His eyes are often shaded due to his hair, overall giving him an extremely intimidating vibe towards evil-doers. But from good citizens’ perspective, All Might is “surprisingly” friendly and protective. No matter how bad situation is, he always shows a big smile on his face. Whenever he appears, he can always clear any sort of tension from troubled victims with his smile and his famous quote: “It’s fine now. Why? Because I am here!” 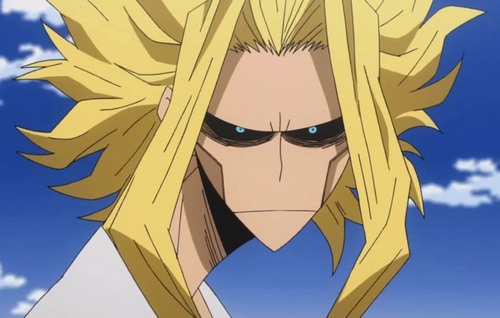 With all that said, All Might actually has a big secret: his real identity is Toshinori Yagi, a skinny man with fairly long limbs. His face looks pale while his hair is kinda messy with two bangs flailing from 2 sides (fun facts: when he transforms to his hero mode, these 2 bangs get “buffed up” and they rise up like rabbit ears). 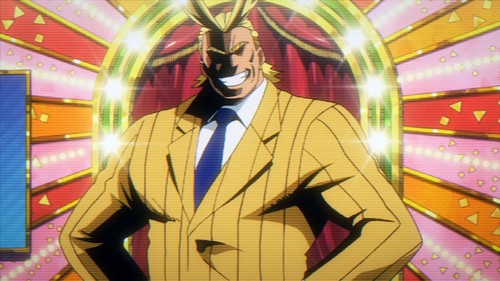 As mentioned, All Might may look scary in appearance but as long as you are good citizen then everything will be fine. All Might often shows a strong vibe of typical Superman-ish/Western superhero stereotype. He always has a big smile and inspires people around him. He is friendly and approachable, probably thanks to his years of service and spotlight. That being said, his smile does not always mean he is happy. He smiles because he wants to ease the pain and tension from the others, and sometimes, put his stress behind.

In his true human form, Toshinori Yagi does not have as much energetic as his hero form. He tends to be more open about his emotions rather than smiling all the time, yet, he also tends to avoid attention because he does not pull people’s attention towards his health condition (in fact, not many people know his real condition). 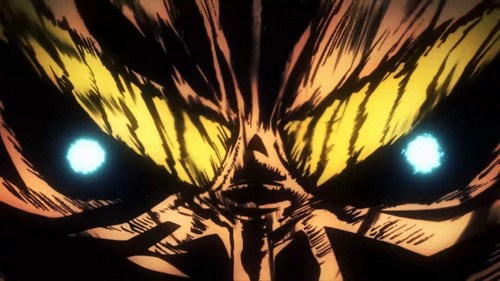 You don’t want to mess with him… (Source: Internet)

All Might is a protective man, especially towards his students. While we often see him smiling, he can quickly burst into rage if his students are harmed. He is always willing to use his Quirk beyond limit in order to save his students, just like what we’ve seen in episode 10 and 11 of season 3. In battle, he always shows his full confident, his unbending will of steel, and never gives up. That said; don’t mistake him as a pure brawn with no brain. All Might is extremely smart and experienced, yet for some reason, he still has troubles in teaching his students. But one thing we can be sure: he will do what’s necessary to teach his students to be a true hero. 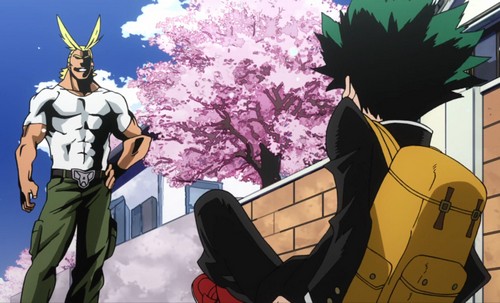 Toshinori and Izuku have a clear mentor-student relationship. In fact, Izuku was like his saver to some extent because Izuku once rekindled hope within him. He entrusted One For All Quirk on Izuku and he believes that Izuku will be his worthy successor. After his battle with All For One, Toshinori had to retire but surely, he will keep watching over Izuku and his students and see them growing.

Not all teachers get along well with each other. (Source: Internet) 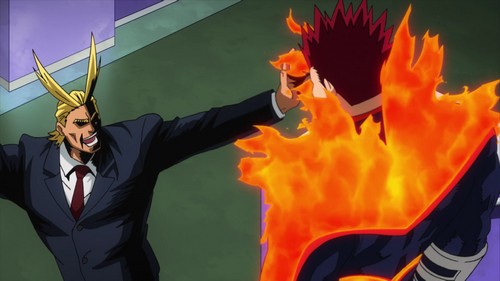 Enji is the 2nd ranked hero, just behind All Might, and also Shoto’s father. All Might is always friendly towards him, while Enji always considers him as his rival. It is not sure how their relationship will chance in the future especially when All Might has to retire. 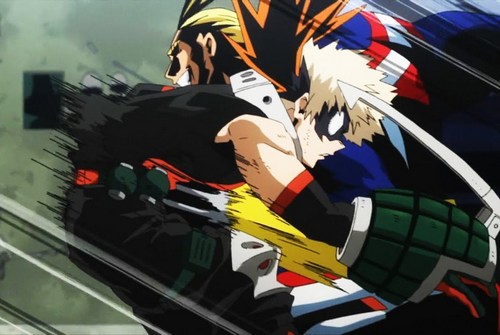 Toshinori sees Katsuki’s potential of being a great hero. However, he does not approve Katsuki’s violent way of fighting and often scolds Katsuki for that. On the other hand, Katsuki has a great respect for All Might just like Izuku. 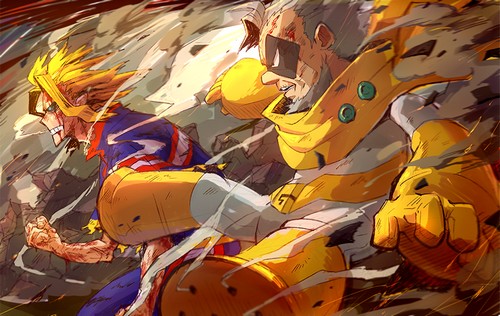 Student and mentor, side by side! (Source: Internet)

Gran Torino is Toshinori’s and later on Izuku’s mentor. Due to Torino’s “excessive teaching”, Toshinori grew somewhat afraid of Torino (or his teaching to be exact), making him unwilling to talk about Izuku. That said though, Torino has cared deeply for Toshinori even now. In the recent Hideout Raid Arc, Torino joined Toshinori in battle against All For One, not as a fighter, but a mental supporter who kept Toshinori focused and openly expressed his pride in his student. 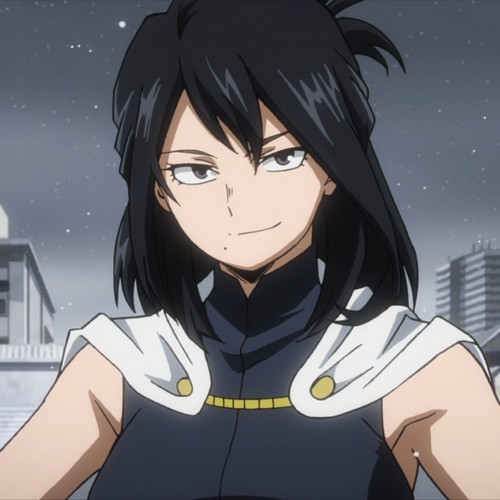 The 7th owner of One For All (Source: Internet)

Up to this point we still don’t know much about Nana Shimura, aside from the fact that she was the 7th inheritor of One For All and also All Might’s mentor. She was the one who told All Might to keep smiling to put people at ease. In All Might’s 2nd fight with All For One, her words gave All Might will and power to deliver his final technique United States of Smash, ultimately ended the battle. 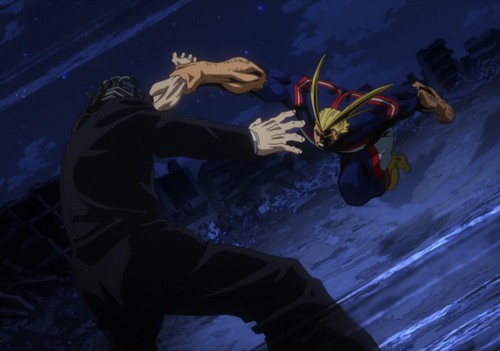 All Might vs All For One, 2nd round! (Source: Internet)

All For One is the most infamous, manipulative, and the most evil villain in Japan. Until now, his past is still a mystery, including his insane Quirk All For One which allows him to steal other people’s Quirk for his own. As the results, All For One’s power is absolutely crazy. On top of that, he has genius level of intelligence and tendency to manipulate others, making him the most dangerous criminal to date. All For One and All Might used to face each other once before and despite All Might’s victory; All For One still gave All Might a grave injury. And in their second match, All For One totally pushed All Might to his ultimate limit. This is still a huge deal given All Might’s condition. Of course, All Might and All For One both share a great hatred for each other. Yet similar to All Might, All For One also has a student – Tomura Shigaraki and he also wants Tomura to be his worthy successor… in villainous way. 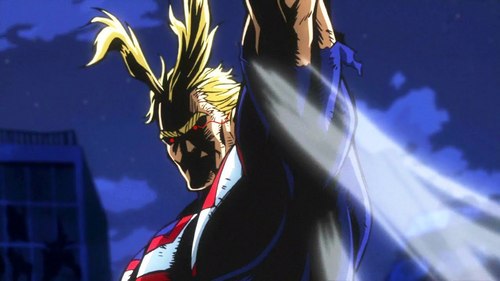 As we already know, All Might’s tremendous power comes from his One For All Quirk. According to All Might himself, he is the 8th owner of One For All, making his student Izuku as the 9th owner. The only known One For All predecessor was Nana Shimura, while the rest of other predecessors were unknown. One For All’s description is also a big question mark. It is only known to give owner a nearly unlimited stockpiled power. But where this stockpiled power came from is still not explained.

Based on Toshinori’s and later on Izuku’s performance, it seems One For All will change a person’s physical appearance depend on different person. In case of Toshinori, he became a huge muscular man with superhuman speed, strength, durability, and reflexes. In his second battle with All For One, Toshinori focused all of his power onto his right arm, making it unusually huge compared to his body.

Thanks to his superhuman power and status as the Symbol of Peace, no villains dare to confront him, except for supervillains with exceptional power. 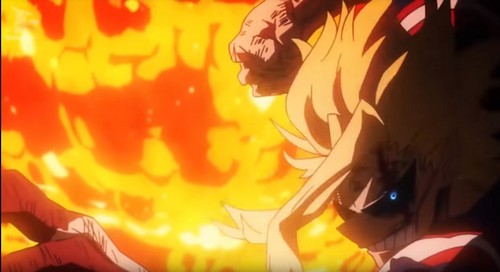 All of his known techniques so far are: 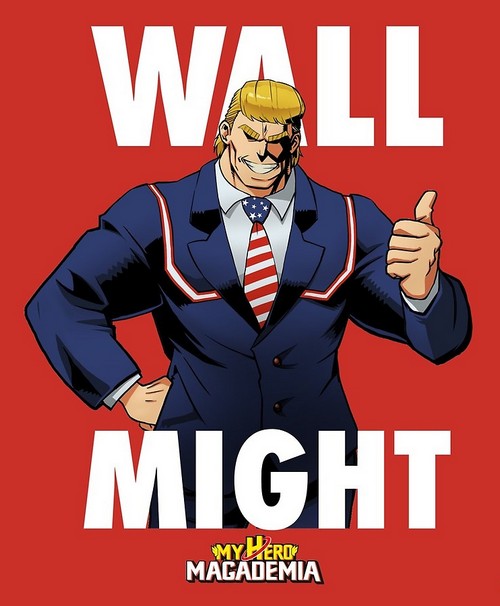 With everything we know about All Might so far, it is time to check out some fun facts about this greatest hero of My Hero Academia:

And that’s it folks! What do you think about All Might of My Hero Academia? Feel free to share with us and for now, thank you and stay tune for more news in the future!

2 thoughts on “Boku no Hero Academia Best Hero: All Might the Symbol of Peace!”