Only 1 more week and fans and viewers around the world will gonna see the most incredible superheroes team of DC Universe – The Justice League! In DC Comics, Justice League features all kinds of superheroes around the world, including the most prestige ones like Batman, Superman, Aquaman, The Flash, Wonder Woman, Green Lantern, Martial Manhunter, Cyborg, and more… Of course, watching such a great superheroes squadron in real-life action will be extremely phenomenal. But while waiting for the Justice League 2017, why not take a bit research and understand one of the fans’ most favorite hero team? So with no further ado, let’s find out!

1. What is Justice League?

Just like Marvel’s The Avengers, Justice League is also a famous superheroes organization around the world. DC Comics fans are definitely too familiar with them, and even those who are not into DC Comics, or comics in general, know about the organization.

The Dawn of Justice League

The Justice League (JL) is a superhero team founded in order to protect Earth against various threats from terrestrial, extra-terrestrial, supernatural, to even inter-dimension. The first 7 founding members of Justice League were: Superman, Batman, Wonder Woman, Green Lantern, The Flash, Aquaman, and Martian Manhunter. This first version of Justice League existed on the Earth-One and New Earth Universe and the team was called as the Justice League of America (JLA).

At the beginning, the Justice League was “unofficially” grouped up in order to fight against the invasion threat from the White Martians. To stop these dangerous shapeshifters from invading Earth, many heroes were brought together, including The Flash, Superman, Batman, Robin, Wonder Woman, and Martian Manhunter. Yet, the team was not officially formed under the name Justice League until the invasion of the Appellaxians – an aggressive warrior alien race.

Since then, the JLA fought and protected Earth in various events, including the infamous threat from Darkseid and later on, the Infinite Crisis. Finally, this whole Justice League was changed due to the Flashpoint event which reset the entire Universes. 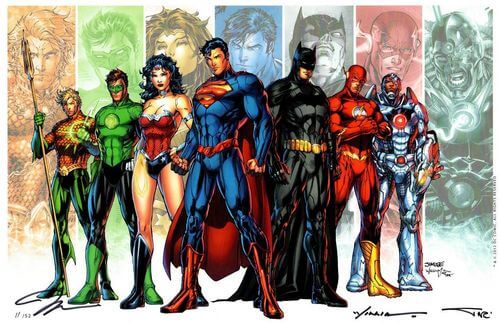 After the Flashpoint event, the story of Justice League changed drastically. In the new Universe called Prime Earth, the Justice League founded by a slight different team: Superman, Batman, Wonder Woman, The Flash, Green Lantern, Aquaman, and Cyborg (with Cyborg replaced Martian Manhunter). The team first met each other when Darkseid and his Parademons invade the Earth. And ever since, again, the Justice League has fought together with the same goal of protecting Earth as before.

That said; this is not the only Justice League team in Prime Earth Universe. There are several additional teams formed after the original Justice League in order to serve specific purposes: 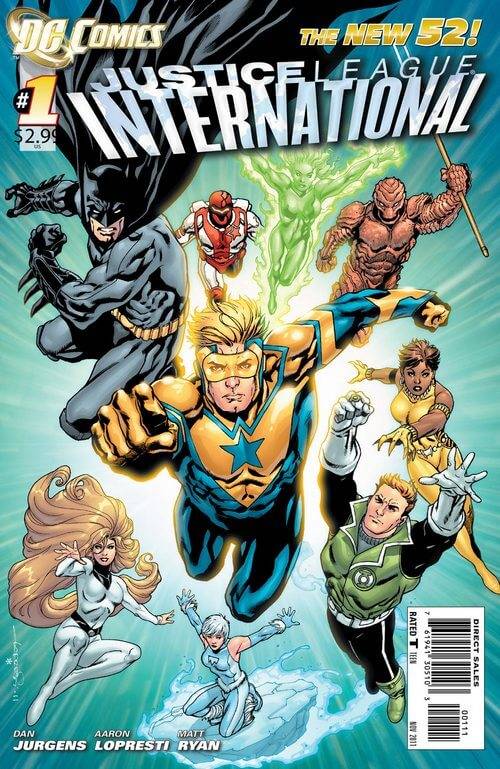 Justice League International is a superhero team directly supported by the United Nations themselves with the headquarters at the Hall of Justice. The team was founded 5 years after the official debut of Justice League, including members like Booster Gold, August General in Iron, Guy Gardner the Green Lantern, and Vixen. At first, the team went quite smoothly until the start of the Breakdown event. Some members of the team were dead due to the bombing during their debut ceremony.  Eventually, the United Nations disbanded the team, but fortunately, they got backed up by Batman. 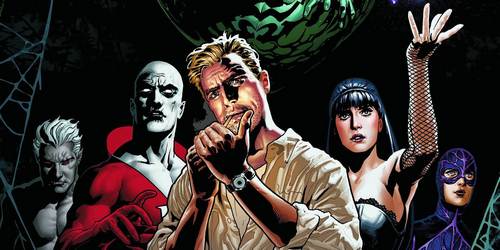 Although it is Justice League’s mission to defend Earth from various kinds of threat, there are certain things they can’t stop, specifically magical and mystical threat. For example, we know that Superman is incredibly powerful, but he is extremely vulnerable before magic or celestial power.

Thankfully, countering magical and mystical threat is the job for Justice League Dark. The team was founded mostly by magic and mystic-specialized members like Deadman, John Constantine, Zatanna, Madame Xanadu, and Shade the Changing Man. It was first started when Madame Xanadu foresaw a huge threat from the enigmatic Enchantress which the original Justice League could never stop. She gathered the team and successfully dealt with the threat.

However, the team didn’t officially formed until other members like Constantine, Zatanna, Shade, and Deadman started to experience terrible nightmares. As Madame Xanadu explained, those nightmares were the visions of what would happen if they didn’t form a team, hence the official founding of Justice League Dark. 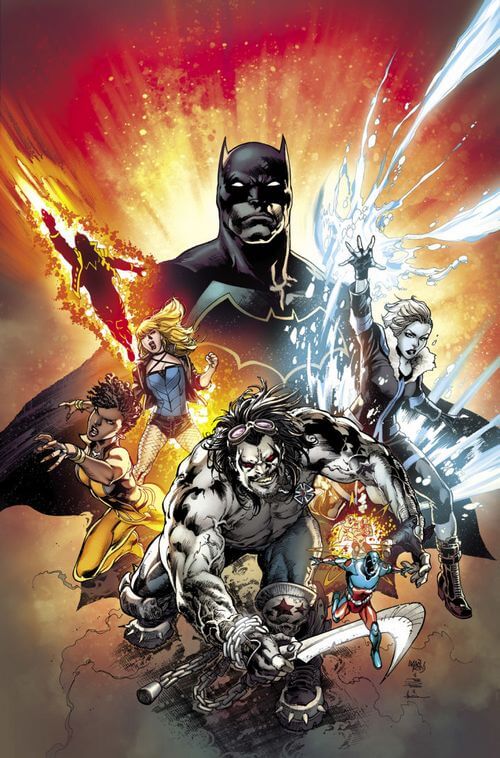 That said; this team soon disbanded and the some of its members set out and created a new Justice League team called Justice League United. However, their motive is still unknown.

The Justice League of America also has a second version which founded by Batman after the original Justice League clashed with the Suicide Squad. However, this second team’s purpose was not to counter the main Justice League but rather, providing new chance for certain “good people” like Lobo or Killer Frost to start again. 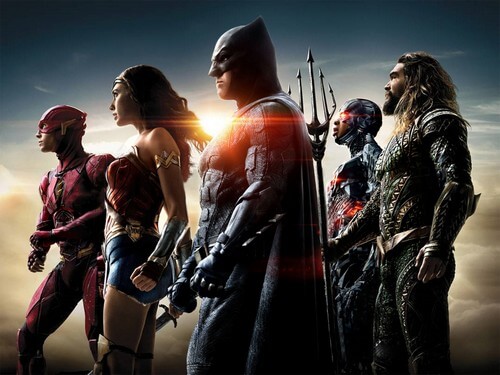 Who are the heroes in Justice League 2017?

First off, it seems there will be quite lots of changes in this movie version. According to what we’ve known so far, Superman was “dead” after what happened in Batman V Superman Dawn of Justice. Of course, fans suspect that Superman hasn’t truly died thanks to the hint at the end of the film. Yet so far, we still don’t know about the Superman’s role in the upcoming movie.

After the death of Superman, Batman and Wonder Woman have to seek new allies in order to face new great threat coming to the Earth. So far, we can confirm that the full team will include: Batman, Wonder Woman, Aquaman, The Flash, and Cyborg. Possibly we will see Superman joining the rank too, but that is still waiting to be seen. 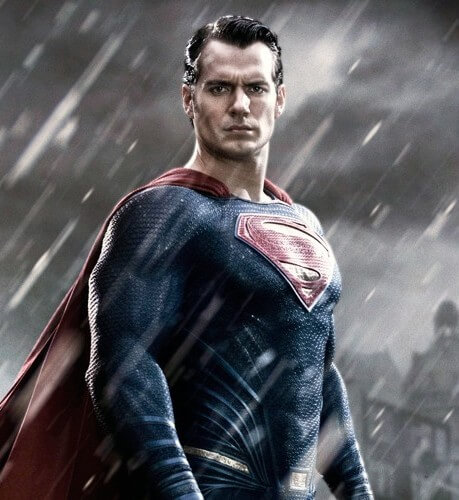 The Man of Steel and the Son of Krypton, Henry Cavill’s Superman had his first “debut” in 2013 with the film Man of Steel. And in the 2016 Batman V Superman Dawn of Justice, Superman teamed with up Batman and Wonder Woman to defeat Doomsday. Unfortunately, he was “dead”, yet at the end of the movie we see a clear sign of his “resurrection”. Therefore, we can sure that he will definitely make a return in Justice League 2017. Again, we still don’t know when exactly he will return, guess that will be the most desperate moment. 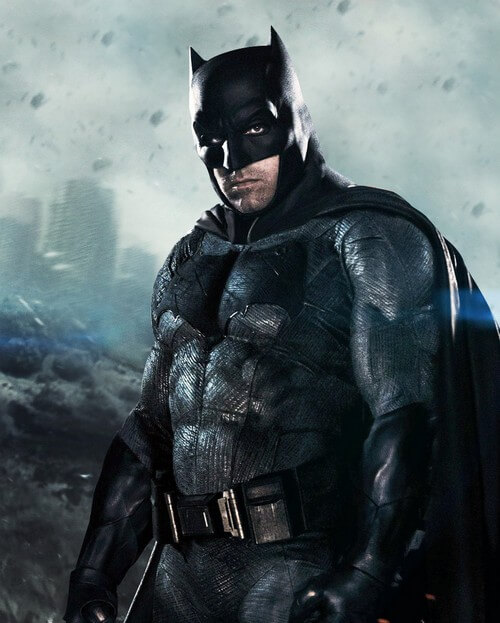 The Dark Knight, the Caped Crusader, we are too familiar with the man at this point – Batman, starred by Ben Affleck. Ben Affleck’s Batman made his very first “debut” in 2016 Batman V Superman Dawn of Justice. In this movie version, Bruce Wayne has already worked as Batman for 20 years. After witnessing what happened in 2013 Man of Steel, Batman got a paranoid that the world would be in disaster. On top of that, Bruce was tricked by Lex Luthor into believing that Superman would be one who brought destruction. In the movie, Batman defeated Superman with Kryptonite and his special power suit. Yet, eventually they realized that Lex Luthor fooled them. Finally they sided with Wonder Woman to defeat Doomsday, but with the cost of Superman’s life. Then in Justice League 2017, we see that Batman and Wonder Woman set out to find new allies to stop the new threat.

In the comic version, Superman and Batman are friends but they also clashed each other in various situations. For example: 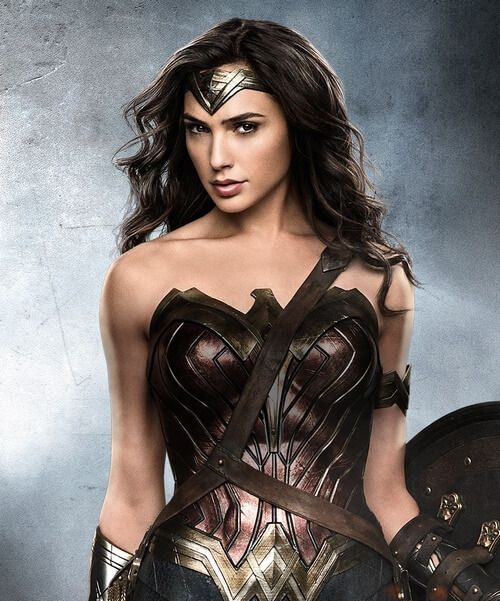 The only female among the founders of Justice League – Wonder Woman, or Diana Prince, is an invincible warrior of Amazons. Gal Gadot’s Wonder Woman first debuted in Batman V Superman Dawn of Justice as she allied with Superman and Batman to bring down Doomsday. Then in this year, we’ve got to see Wonder Woman in action again in her own movie on June 2017. Most of her features and story remain similar to the original DC Comics version.

In Wonder Woman 2017, Prince Diana still remained her origin as the princess of the Amazons on Paradise Island. She was trained to become a formidable warrior, and of course, she was definitely skilled in combat. One day, a pilot crashed on the island and told that there was a great conflict happening in the world. Agreed to stop the conflict, Diana left the island and fought alongside with man for peace. Soon, she learned more about her power and embraced the fate lying before her path.

The Flash, by Erza Miller 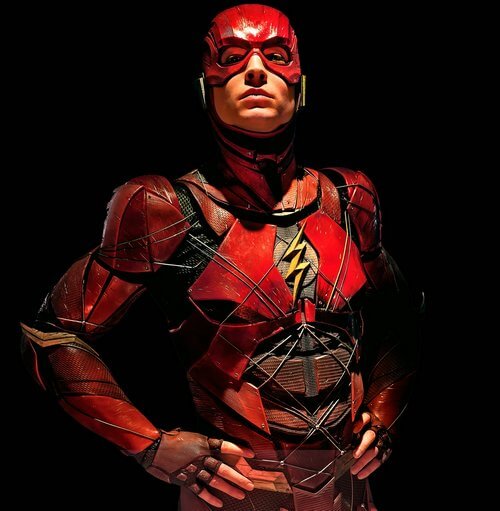 Talking about the fastest man on Earth; none can beat The Flash. The Flash is an extremely popular figure who made his own reputation for his incredible speed. Unfortunately, his popularity didn’t go beyond the comics, except for fans who watch The Flash TV series.

This time, The Flash finally gets his own chance on screen. Starred by Erza Miller, The Flash seems to be an interesting guy who immediately accepts Bruce’s invitation because… he has no friend? Besides Justice League, The Flash already made a brief appearance in Batman v Superman: Dawn of Justice and Suicide Squad. He is also supposed to have a solo movie (probably the Flashpoint), yet nothing has been revealed about the film yet. 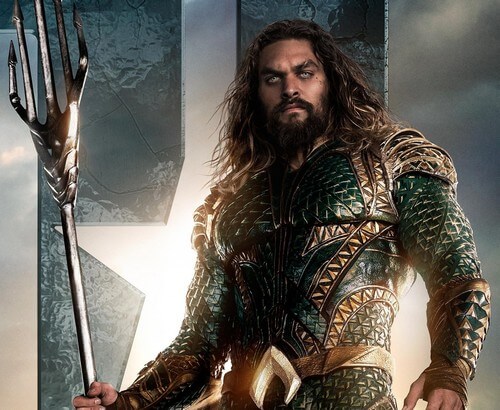 The Protector of the Sea and also the Heir of Atlantis, Aquaman, or Arthur Curry, is a formidable member of Justice League with the power to command the sea and communicate with sea life forms. Despite having quite cool and unique abilities, Aquaman is often the subject of… mocking and joke since his power is pretty limited on land. Fortunately, his story has got better and better since the New 52 kicked off.

With Justice League 2017, it will be the first time Aquaman made his appearance on screen by Jason Momoa. So far, not much has been known about Aquaman’s movie version. But one thing can be sure is that: his appearance through Jason is extremely wild, which will probably put an end to the Aquaman’s mockery. 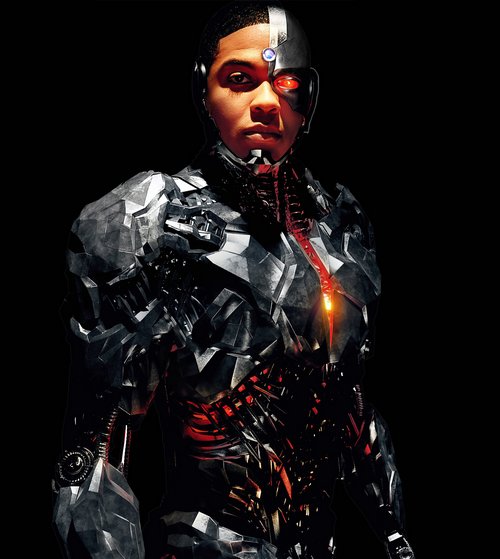 Before the movie’s introduction, Cyborg was mostly known on the comics as a prominent member of Teen Titans. Especially, people who followed the Teen Titans animated series on Cartoon Network will definitely know this half-man, half-robot guy. According to the News 52 storyline, Cyborg’s story changed from a member of Teen Titans to one of the founding member of Justice League named Victor Stone.

In Justice League 2017, Victor Stone, starred by Ray Fisher, seems to have similar background story to the comic. In New 52, Victor’s body was destroyed from an accident at S.T.A.R. Labs. To save Victor, his father – Silas Stone uses various robotic technologies, including  the energy from Father Box to create a new cybernetic body for Victor. Now Victor, with his new high-tech body, called himself as Cyborg and he readies in join the rank of Justice League. Cyborg’s abilities will also be similar to his comic version in which he is specialized in technology (as shown in Justice League 2017 trailer).

And that’s it folk! What do you think about the upcoming Justice League 2017 on November 17, 2017? Feel free to share with us and for now, thank you and stay tune for more news in the future!

2 thoughts on “The World Needs Heroes! A Justice League 2017 Preview”