The upcoming “The Batman” movie is both exciting and mysterious, yet somewhat unnerving at the same time. Every DC Comics fans (and even people who have not read a single DC comic) know Batman, he is an iconic hero. So obviously, many people would have high expectations for this new Batman reboot film. Such expectation seems to raise even higher when Robert Pattinson got the role of Batman. Whether he can pull this role off successfully is a big question. But for now, let’s have a first look at Robert Pattinson’s The Batman Suit!

Unless you lived under the rock in the past several weeks, you should have at least heard of the latest camera-test video posted on Twitter by the film’s director Matt Reeves:

Gotta say the film-making team was pretty sneaky about this by using dim, red light in order to make the suit difficult to see it clearly and also, give off a mysterious vibe. The video only shows a small portion of Robert’s upper body and his head; however, it is enough to pique our interest and theories regarding the suit. So, let’s see what’s the people thought about the suit. 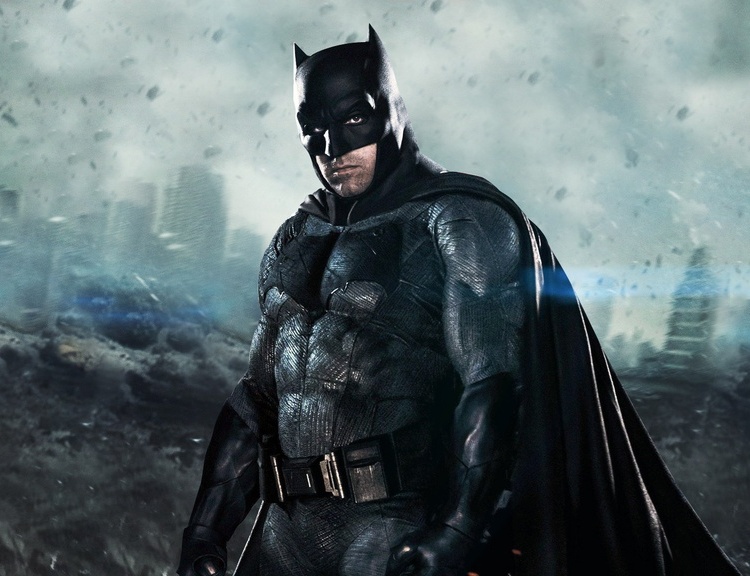 One thing many people have been noticing is that this Batman suit seems to be more tactical than any previous Batman suits. In the comics, Batman’s usual suit tends to look sleek, lightweight, and easy to move with. It often comes with black and grey colors, giving off the sense of stealth and secrecy. Even in previous Batman films, most of the common Batman suits did not look like knives or bullet-proof, meaning Batman needed to be extremely skillful if he did not want some holes on his body. In case of Robert’s Batman suit, it looks like comprising of lightweight, hard material (like his shoulder-pad) which seems to be able to provide decent protection from sharp weapons or even bullets, while still able to allow easy movement. The more we look at the suit, the more it reminds us of the suits from Batman Arkham video-game series. And for those who have played the series before, you probably agree with us that its Batman suit looks really badass and practical in frontal combat.

There’s something off about that cowl…

Will this cowl detachable? (Source: Internet)

Despite being a small detail, the Batman cowl in the screen-test video did pique lots of people’s interest. The thing is: this cowl seems to be leathery, yet somewhat… raw-looking? But putting the look aside, one other “important” question is that: can this cowl easily be detached from the suit?

Although that is just a small question, it turned out to be quite interesting if we look at all of Batman suit designs in live-action movies thus far. For most suits, their cowl seemed to attach firmly with the suit and there was no way for Batman to easily put it off unless he removed his entire suit. Christian Bale’s suit was an exception though when he could be seen slipping off the cowl while still wearing his suit. Then in Batman Arkham video-game series, the cowl is attached to the suit by a mechanism around the neck. It could be seen easily in the last Batman Arkham Knight title when Batman pulled off his cowl and revealed his identity to the whole city.

Based on the Batman suit teaser so far, it is still hard to give a clear answer to the question. Our guess for now is that Robert can pull off his mask similar to Christian Bale’s suit. We also feel like the cowl will need some more work since it feels lackluster from our perspective. That being said, there are still lots of time and things can change, including the entire suit design.

That Batman symbol on the chest…

Batman symbols of the old 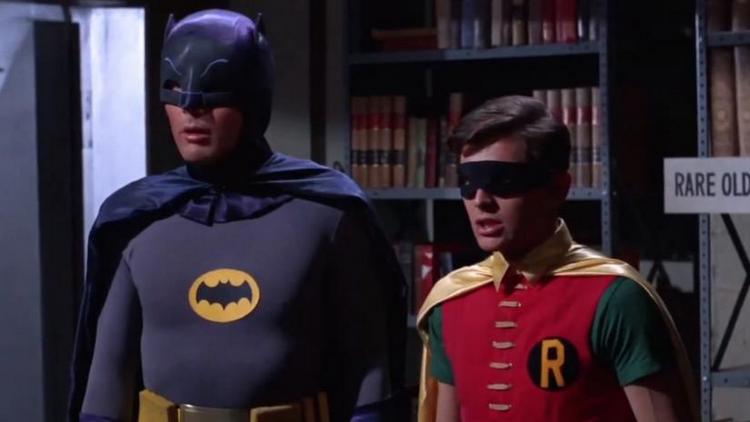 One iconic aspect on every single Batman suit is definitely the Batman symbol on the chest. Originally in the comics, the Batman suit featured a black bat-like symbol on top of a round yellow background. However, this design was changed in later interpretations of Batman suit, featuring grey color and black bat symbol.

This sort of design was also used in the film version. For example, Adam West’s Batman suit (1966) looks rather silly and comical, featuring a similar black bat design and yellow round background similar to the comic version. This design, while being silly, actually made sense in its context since it was for Batman comedic series. 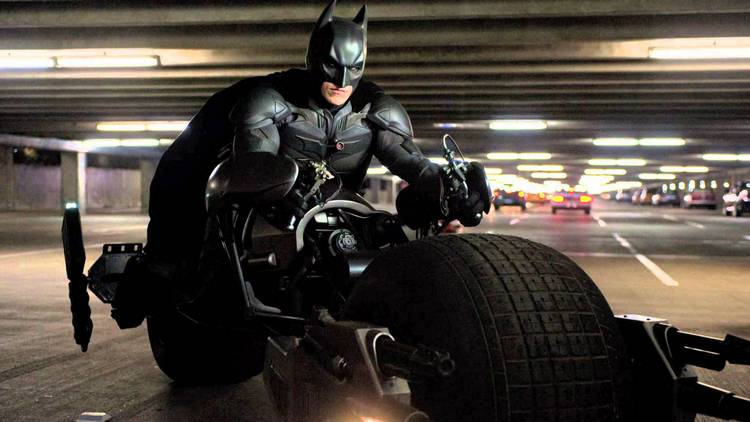 In case of Christian Bale’s Batman, his suit looked more tactical with lightweight pads. On top of that, his suit featured a solid, black bat symbol pad embedded right on his chest. While Ben Affleck’s Batman suit looks more leathery with larger bat symbol spreading on the chest. Ben Affleck’s Batman was also the first time they brought in the heavy armor inspired by Frank Miller’s The Dark Knight Returns, used to counter Superman himself. 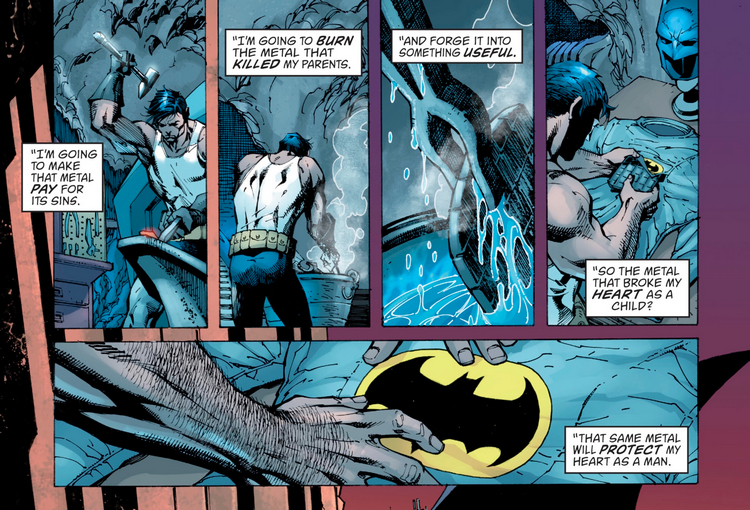 The origin of Bat symbol, from Detective Comics #1000 (Source: Internet)

Now we have Robert Pattinson’s Batman suit featuring a really fascinating Batman symbol on it. It looks like a metal piece embedded into his suit, it looks raw, yet somehow really cool. Surely some people may feel off when looking at the piece. But there is an interesting theory regarding this version of Batman symbol (and it sounds really logical too!). The theory is that this Batman symbol may be inspired by Detective Comics #1000. In a panel, it showed Bruce melting the same gun used to kill his parents and reforging it to the bat symbol on his suit. 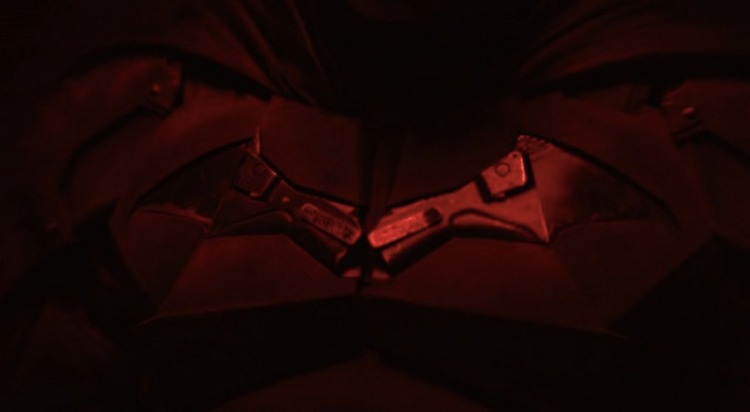 Look at Robert’s Batman suit again, we can sense a similar notion like the comics. If we take a closer view, the symbol actually looks like 2 metal pieces melted together. However, we can still take a wild guess of the pieces’ shape, to be more specific, it looks like a gun piece split in half. Those two gun pieces are also reshaped a little bit in order to look like the form of a bat.

If this theory is true (and there is a high chance that it is real), we can now feel more confident in this Batman reboot. It proved that the team behind it is serious and they have been researching the character thoroughly. Combined with Robert Pattinson’s talent, who is proved to be a great actor himself via several films like The Lighthouse, we can expect a high-quality Batman origin movie with a deeper understanding of this world-famous hero.

And that’s it folks! What do you think of Robert Pattinson’s The Batman suit so far? Feel free to share with us and for now, thank you and stay tuned for more news in the future!