Star Wars is easily one of the most influential franchises in the world to date. We can find Star Wars influences and references everywhere. Just looking at this Star Wars phenomenon astounds us for what it has already affected our culture: We can see Star Wars merchandise in every shops, we can see Stormtrooper, Jedi, or Darth Vader cosplays at every cosplay festival, games conference, and every other entertainment conference. Isn’t it interesting to see how it still affects us?

Table of Content:
1. “What is Star Wars?”
George Lucas and the creation of Star Wars
Star Wars and The Hidden Fortress
2. Star Wars Influences in the world
Why Star Wars have such influences?
Influence in Culture
Influence in Technology
Influence in Entertainment Industry
3. Final Thought 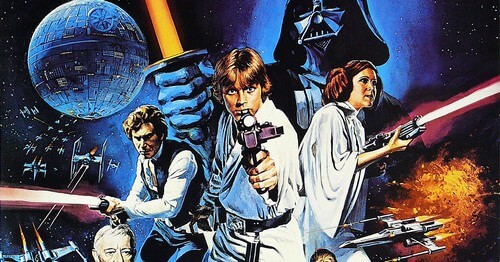 Now this can be a weird question since “everyone must have known Star Wars by now, have they?” Well it’s true that most people must have heard of Star Wars nowadays. However, how exactly they know Star Wars is a different story.

We know that a history lesson can be boring, but let’s hope this Star Wars history will get more interesting as we move on. So let’s begin!

George Lucas and the creation of Star Wars 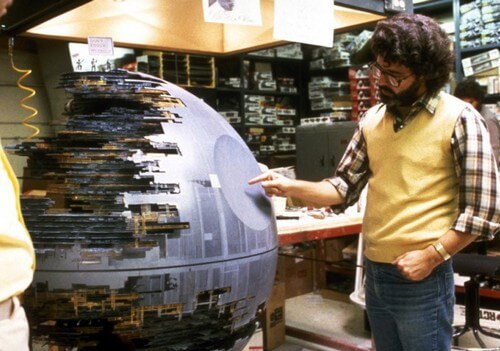 If you have known Star Wars then definitely you have known George Lucas, father of this legendary franchise. After the founding of Lucasfilm in 1971, George Lucas showed the world the very first Star Wars movie in 1977, which was later on known as Star Wars Episode IV A New Hope. The movie was like an expected huge blast within the cinema at the time. It was the highest-grossing film for a long time until the film E.T. the Extra-Terrestrial in 1892.

The movie tells the story of a peasant named Luke Skywalker going on an adventure with 2 robots to rescue Princess Leia, who was captured by the evil Empire. Sounds simple, doesn’t it?

After the first film, Lucas continued with the two next sequels The Empire Strikes Back (1980) and Return of the Jedi (1983). This formed original Star Wars trilogy and considered to be the best Star Wars trilogy to date. Of course after that, we still have plenty of film sequels, games, books, comics, toys, and cartoons.

Star Wars and The Hidden Fortress

Okay, let’s be frank! Though Star Wars is a phenomenon indeed, its idea isn’t as original as many fans may think. In fact, George Lucas himself shared that Star Wars was heavy influenced by a great Japanese film: The Hidden Fortress by Akira Kurosawa.

Nonetheless, we should thank The Hidden Fortress, which helped Lucas in developing such a fascinating Star Wars film with combination between the East and West culture. Otherwise, probably we wouldn’t have chance to see a Star Wars Universe with Jedi Knights wearing Japan-ish robes and fighting with katana… sorry, lightsabers.

2. Star Wars Influences in the world

Why Star Wars have such influences? 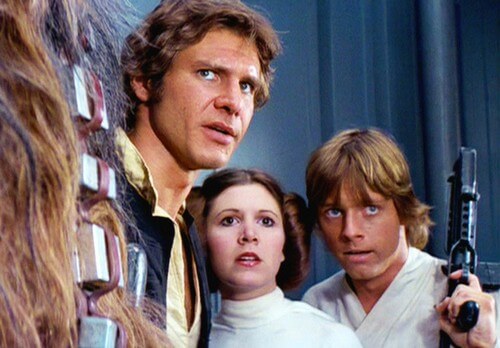 The film may not look much but it was a huge success at the time. (Source: Internet)

If we view Star Wars in today’s standard, the film probably looks clunky and even boring. Also, there are many people claimed Star Wars to be overhyped. To some extent, their opinion isn’t really nonsensical. After the first trilogy, the later sequels weren’t considered to be as good as the original. However, doesn’t this “overhype” prove Star Wars phenomenon? But anyway, let’s return to our main point.

One thing, which some people often forget when they watch original Star Wars, is that: this is a film made in 1977. At the time, Star Wars wasn’t only a successful film, it affected the entire Hollywood. Before Star Wars, Hollywood didn’t really concentrate on mass audience. But then Star Wars changed their view: Star Wars was the film which was friendly to most audiences, typically to teen boys. These boys were willing to see the film multiple times, thus pulling their entire family to watch with them. As the results, we can see this kind of trend in many popular Hollywood films and movies.

It seemed the late 1970s was exactly the time people wishing for a change. And Star Wars was exactly starting point. With easy-to-understand plot, interesting characters, and outstanding visual (remember, this is 1970s where visual technology hasn’t been a thing yet), no wonder why Star Wars struck a great deal to the cinema industry.

And as the results, today we still hear of Star Wars glory. It is not only because of Star Wars film value, but also how it changed the way of people think about cinema, and entertainment industry in overall. 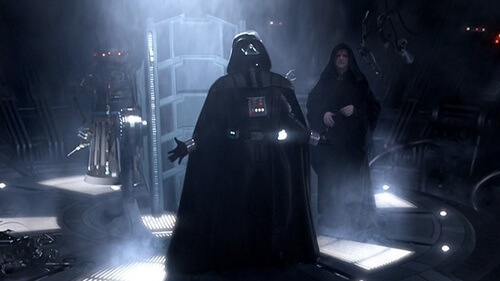 It is not really difficult to see how Star Wars influenced the culture. Let’s remind us all that even to this day, we still see Star Wars cosplay in every corner, even in the far away Eastern land of Japan. Iconic characters like Luke Skywalker, Princess Leia, Han Solo, Chewbacca, R2-D2, and C-3PO have become widely known around the world, especially our favorite villain Darth Vader.

Nowadays we enjoy tons of visual goodness like motion animation, 3D animation, motion capture, and more… But do you know that all of these advanced technologies actually originated from Industrial Light & Magic, the one behind all Star Wars’ visuals?

That’s right! There are many talented people in Industrial Light & Magic. And in later years, they had lots of great contribution to this entertainment industry. For example, we have Edwin Catmull who used to be Vice President of Industrial Light & Magic. He used to work as designer for Star Wars, and then in later years he became co-founder of the famous Pixar Studio. 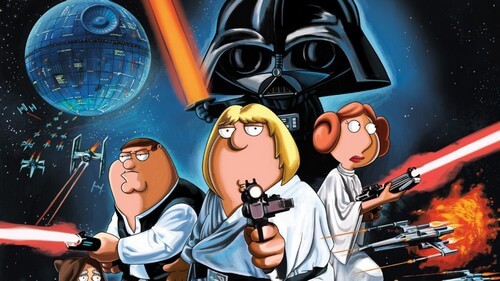 What do we have when we combine The Family Guy with Star Wars? (Source: Internet)

Star Wars was a huge blast in the cinema industry at the time. And it’s not really over exaggerating when we say “Star Wars affects the entire entertainment industry”.

As mentioned above, Star Wars changed the way Hollywood’s way of audience targeting. But that’s not the entire story. Many, many later great movies and franchises like Alien, Toy Story, and even Akira – a famous Japanese anime series, all are inspired by Star Wars. Even unrelated films and cartoons also have many references to Star Wars. Some series even include direct dedication to Star Wars like the Star Wars episodes of The Family Guy.

Storytelling is also another influential part of Star Wars, which emphasizes multiple, yet connecting plot lines. It results in the franchise trend we often see nowadays, with tons of different stories and spinoffs.

In terms of gaming, we have to thank Star Wars and Industrial Light & Magic for paving the way for 3D animation, motion capture, and outstanding visuals as we enjoy today. Of course, many games are also influenced by Star Wars, especially sci-fi game type like Halo, and later on Destiny. And if you are Bioware fans, probably you still remember the incredible Star Wars Knights of the Old Republic.

*Fun food for thought: If you have played Warcraft 3 or World of Warcraft (WoW), you must have known Arthas Menethil. But isn’t his story similar to Anakin Skywalker who later became big evil boss Darth Vader? 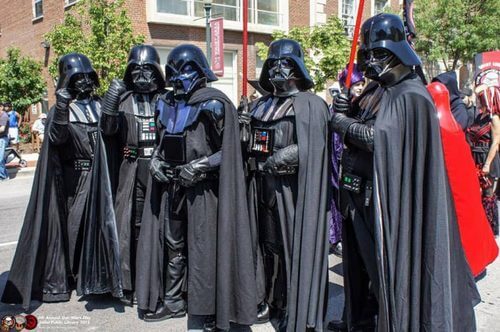 Let’s imagine an “alternative Earth timeline” where Star Wars doesn’t exist. Will we be able to see films and cartoons as we do today? Will we be able to enjoy many fantastic games, comics, and movies like Marvel, DC Comics, and many others? Quite intriguing isn’t it? Of course, many people may not think Star Wars as a good film nowadays. Yet no matter how “truly good” the film is, we can’t deny one thing that it has and it is still affecting our pop culture even to this day.

And that’s the story of Star Wars influences. Of course Star Wars franchise still hasn’t ended yet since at least we still have the upcoming Star Wars The Last Jedi on December this year. But for now, thank you and Stay tune for more news in the future!

2 thoughts on “A Far, Far Away Discussion: How Star Wars Influences the World?”