2018 has finally come with lots of fascinating movies in mind. We have tons of movies worth to be expected for like Avengers Infinity War, Deadpool 2, Ocean’s 8, and more… So with no further ado, let’s jump right on the list of top 10 most anticipated movies of 2018!

*Note: The showed films are randomly put and the list is mostly subjective. 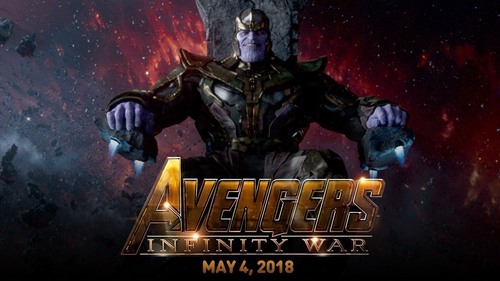 Are you ready for Thanos’s invasion? (Source: Internet)

Kicking off the list we have the probably the most anticipated movie this year. Avengers Infinity War is expected to release on May 4, 2018 and it is highly to be a big bang on theatre. The movie features an extremely fascinating event of Marvel Universe in which Thanos – The Mad Titan or The Dark Lord planning to gather all the Infinity Stones. Should Thanos succeed in his plan, he will become extremely overpowered (as if his inherent power is not powerful enough) and he can change absolutely everything on his will. If such scenario comes true, everything, every single effort of keeping peace will become for naught. And so, it’s come to the Avengers to put a stop to his plan. But as we all know, the Avengers will not be able to do this without a big fight. All our favorite casts will make a return, including Iron Man/Tony Stark by Robert Downey Jr., Captain America/Steve Rogers by Chris Evans, Thor by Chris Hemsworth, Loki by Tom Hiddleston, and more… And of course, we should not forget Josh Brolin who will play as Thanos himself. How epic Josh Brolin’s Thanos will be? Let’s wait to find out! 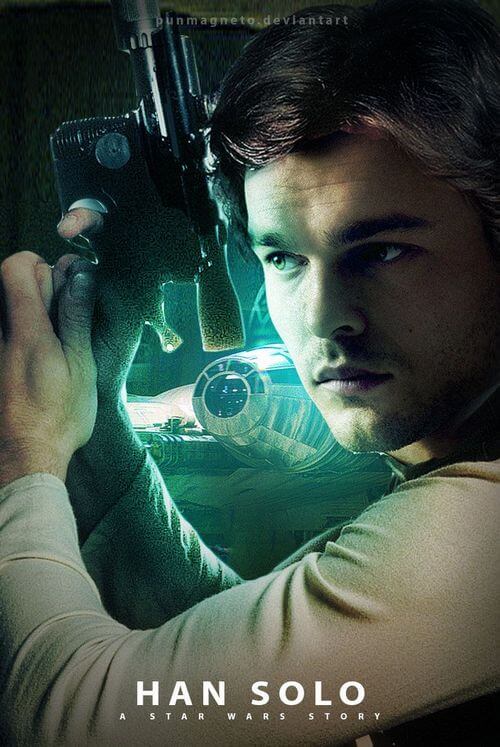 Star Wars is no doubt a legendary franchise and it has tons of influences on our culture nowadays. In addition, who can forget the daring and charming space-cowboy Han Solo? Despite not being a skilled Jedi like Obi-Wan Kenobi, Master Yoda, Luke Skywalker, or Anakin Skywalker (later on as Darth Vader), Han Solo is still always among most famous Star Wars characters of all time. And so this time for Han Solo’s fans, this film will be a fantastic love-letter. Solo A Star Wars Story is a standalone spinoff which tells the story of Han Solo and his trusty sidekick Chewbacca before he joined the Rebel’s rank. Unfortunately, we will not see the Harrison Ford in this story; instead, we will have a young Han Solo played by Alden Ehrenreich. So, let’s jump in the Millennium Falcon and enjoy a new adventure with our beloved space-cowboy! 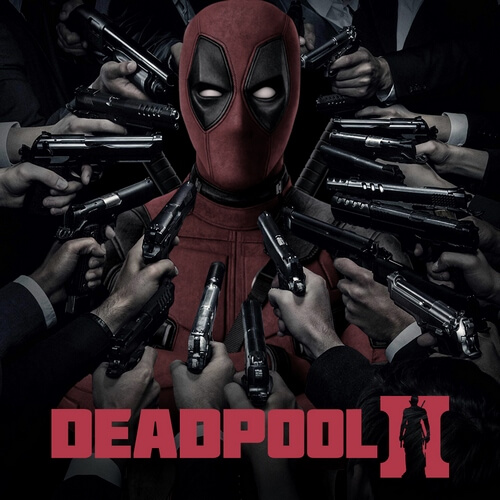 No one can stop “The Merc with a Mouth”. (Source: Internet)

As a “Merc With A Mouth”, Deadpool is a deadly mercenary who will never shut his mouth. He is among the most popular Marvel characters and surely, film viewers and Deadpool’s fans alike should not ignore the next Deadpool movie this year. Frankly speaking, we haven’t known much about this next Deadpool film (besides the hilarious trailer teaser). The movie is expected to feature the old cast from the first Deadpool movie like Wade/Deadpool by Ryan Reynolds, Nathan Summers/Cable by Josh Brolin, Weasel by T.J. Miller, and Blind Al by Leslie Uggams. Although we still don’t know the exact story of Deadpool 2 yet, we will definitely gain tons of fun times with our favorite mercenary. 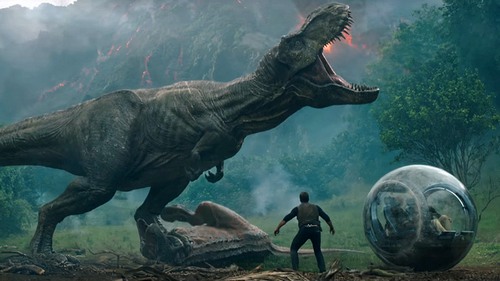 Dinosaurs are incredibly cool! They represent a huge part of our world’s history and nowadays, we can only see them on screen or their replication in museum. But nonetheless, we always love these gigantic beasts and we love to see them in action. And luckily, we will get to see the dinosaurs again with this year Jurassic World Fallen Kingdom 2018. The film picks up what’s left from its prequel Jurassic World in 2015 after the end of Jurassic World theme park on Isla Nublar. The dinosaurs dominate the island for 4 years until a volcanic eruption which can drive them to extinct. To deal with such situation, Claire Dearing (by Bryce Dallas Howard), founder of Dinosaur Protection Group, recruits a former dinosaur trainer Owen Grady (by Chris Pratt) to find a way saving the dinosaurs. But that is also when they find a new hidden danger to both dinosaurs and mankind. So, let’s anticipate and see what this new film can bring for us. 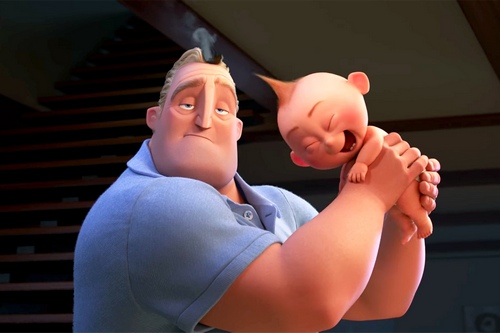 It has been 14 years since the famous film The Incredibles released on 2004. And just when we think that the film was forever forgotten, The Incredibles 2 has just announced recently which is expected to be released on June 15 this year. Judging from the trailer, fans will get to see The Incredibles family makes their return. Also, it seems the film will focus more on the final child of The Incredibles: Jack-Jack who already showed insane potential within him although he was still a baby. Interestingly enough, Helen – Elastigirl continues her hero career (although she surely was against it in the first film) while Bob Parr – Mr. Incredibles focuses on being a family man and raising their 3 children: Violet, Dash, and Jack-Jack. Personally as people who have watched The Incredibles 2004, we immediately feel excited when this new sequel announced. So let’s wait until June 15 and reunite with The Incredibles! 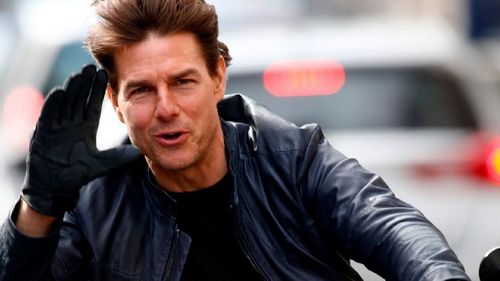 Nothing is impossible with Tom Cruise. (Source: Internet)

If England has James Bond 007, in America we have Tom Cruise’s Ethan Hunt of Mission Impossible series. Mission Impossible begun in 1996 and ever since, it has been an extremely successful franchise, especially for our charming spy Tom Cruise. Ever since his ankle injury, certain fans may be afraid that Tom Cruise could not return to the world of Mission Impossible. Luckily, he has eventually made a return and this time, it is still going to be epic. In addition, Angela Bassett and the “Man of Steel” Henry Cavill will also make appearance in this new film. How good exactly it will be? Time will tell! 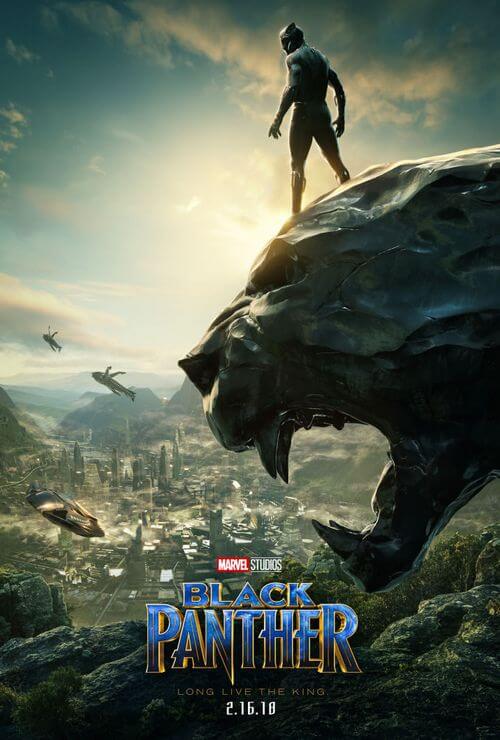 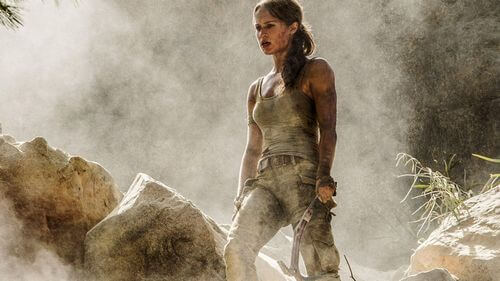 For long-time gamers, Tomb Raider developed by Square Enix is definitely among the most famous action-adventure franchises to date, besides the Uncharted. The franchise’s main protagonist Lara Croft is no doubt the love of many players, especially after her reboot with Tomb Raider 2013 and most recently Rise of the Tomb Raider in 2015. Both games receive extreme successes and furthermore, they won’t be the last time we see Lara Croft in action. Based on the trailer, this year’s Tomb Raider film 2018 seems to follow the story of the original reboot in 2013. This reboot retold the story of Lara about her very first daring adventure after finding clues left by her father. It’s still hard to say whether this film will rock the cinemas or not. But that said; it is still an interesting film to check out on March 2018. 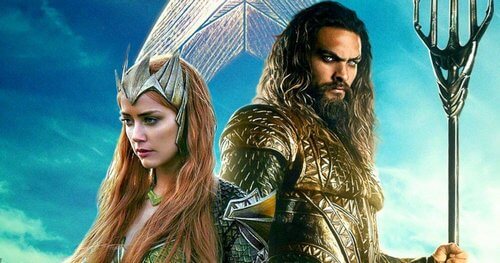 To some extent, 2017 is quite a rough year for DCEU, especially the Justice League 2017. From our perspective, Justice League 2017 is not exactly an entirely bad film. But we can’t deny the fact that many people are not satisfied with the film. That said; all hope hasn’t lost yet. On December this year, Aquaman is expected to bring his greatness on screen with the upcoming movie with the same name. The film will feature the origin of Aquaman – Arthur Curry who discovers himself to be the heir of Atlantis and his destiny to become its protector and the world’s hero. Jason Momoa will still take the role of Aquaman. And based on his performance from Justice League 2017, we can expect lots of his awesomeness in Aquaman’s very own movie. 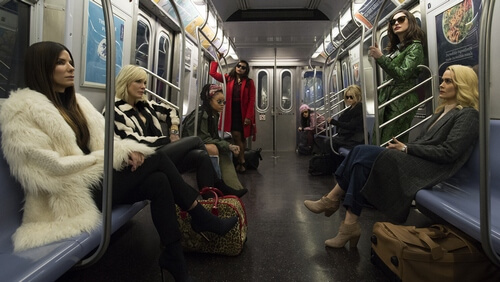 When the sisters get onto the business. (Source: Internet)

The final film on the list is Ocean’s 8 which is a spin-off of the well-known Ocean’s Eleven series. This series has always been interesting due to its story about the crafty band of thieves who often come up with extraordinary heist. And this time in Ocean’s 8, we will get to see a new incredible heist, yet with a twist: the film features a full-women heist team. This is quite a new take on the franchise and no doubt it is going to be extremely interesting.

And that’s it folks! Don’t agree with our list? Feel free to share your opinions with us and for now, thank you and stay tune for more news in the future!