Install my Ancient Magus Bride New Tab Themes and enjoy HD wallpapers of the wonderful Mahou Tsukai no Yome with everytime you open a new tab. 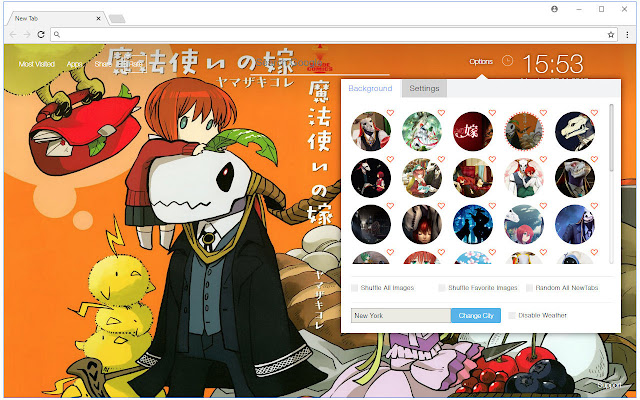 The extension is made by fans, for fans who like Mahou Tsukai no Yome and characters like Chise and Elias, or anime in general… Visit our homepage for more HD wallpapers and newtab themes: https://freeaddon.com/ 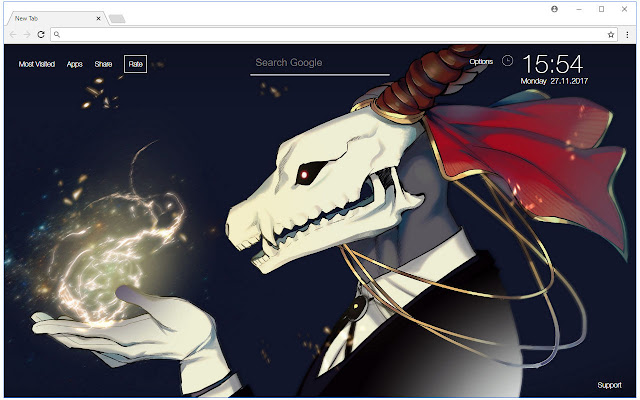 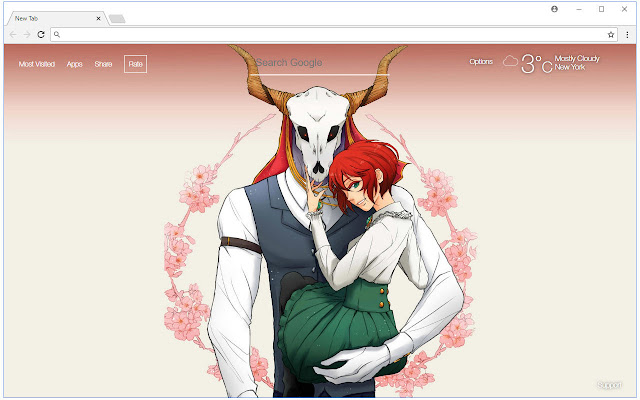 ABOUT THE ANCIENT MAGUS BRIDE:

– The Ancient Magus Bride (魔法使いの嫁 Mahou Tsukai no Yome) is a Japanese fantasy shōnen manga series written and illustrated by Kore Yamazaki. The series is published in Japan by Mag Garden in its Monthly Comic Garden magazine. The manga is licensed in North America by Seven Seas Entertainment. Wit Studio produced a three-part prequel OVA of the manga and is doing the production for an anime television series adaptation that began airing in October 2017.
– The anime tells a story about a girl named Chise Hatori, 15 years old. Lost, without hope, and without family, she is bought for money—not by another person, but by a non-human sorcerer named Elias. Though she hesitates, she begins life anew as his apprentice and future wife. She moves on with her new and peaceful life, slowly but surely, until one day, when she finds a Japanese picture book among the many sent to her from London by Angelica. It is a fateful book that discovered her in her younger years, when she was still troubled and lonely. This piece is a prequel to Chise’s encounter with the Thorn Sorcerer. 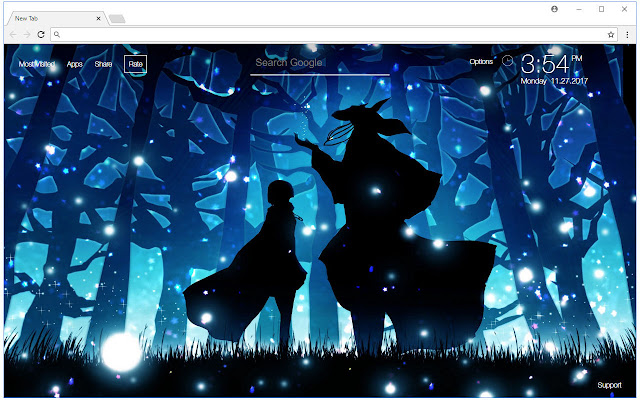 – Chise Hatori: The main character of the story, Chise grew up as an unwanted child. After her mother passed away, she went in and out of families who showed utter distaste for her and she unfortunately was sold into slavery. Chise is a being known as a Slay Vega, who are known as the “queen bees” of the magic world. She absorbs more magic than any other Mage but it has its downside as it takes a toll on her internal system. After Elias bought Chise, she feels forever indebted to him as he is the only one who has treated her like family.
– Elias Einsworth: The mysterious mage who bought Chise, Elias appears different from other humans. While appearing as a skeleton, Elias seems to have a mixture of both human and fae elements. He treats humans with fairness and kindness, especially Chise. Elias is known by another name, “The Thorn Mage” but his past has not been revealed yet leaving him a very unknown but fascinating character.
– Angelica Barlei: One of the supporting characters, Angelica is an alchemist and an old acquaintance of Elias. She is an artificer who mostly works with gems and crystals and crafts many materials. Elias often asks her to make items for him that are for Chise.
– Silver (Silky): The housekeeper for Elias, Silver doesn’t speak often. She often cooks the meals in the house for Chise and Elias and cleans the house. Her silence is the reason why they call her Silky instead of Silver.
– Ruth: Ruth is a church grim and Chise’s familiar. Destined to protect the church in where his previous owner Isabel was buried, Ruth stayed and waited for Isabel to wake up again not accepting that she had passed. In order to save himself from becoming something evil, he formed a familiar bond with Chise who changed his name to Ruth. Chise reminds Ruth of his old owner Isabel and he protects her as to make up for the fact that he couldn’t protect Isabel. 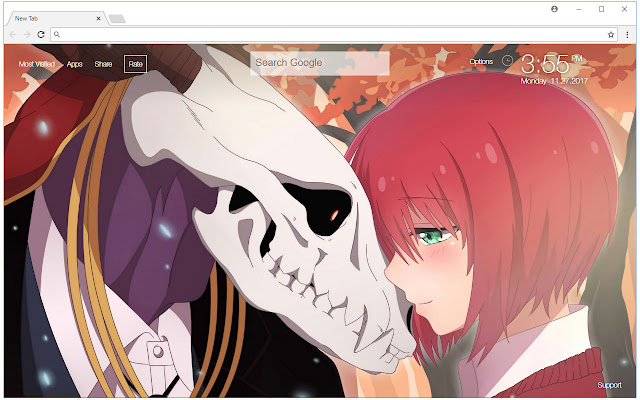