The craziest, most amazing car festival of the year – Gumball 3000 Rally 2018 has just ended with many, many insane, colorful, vibrant cars of all kinds. Although the show ended, the wild sensations and incredible memories are still in our hearts. And to honor this fantastic event, it is time to travel back in time and see where it all began. So with further ado, it is time to rejoice the spirit of the craziest car rally event: Gumball 3000 Rally 2018! 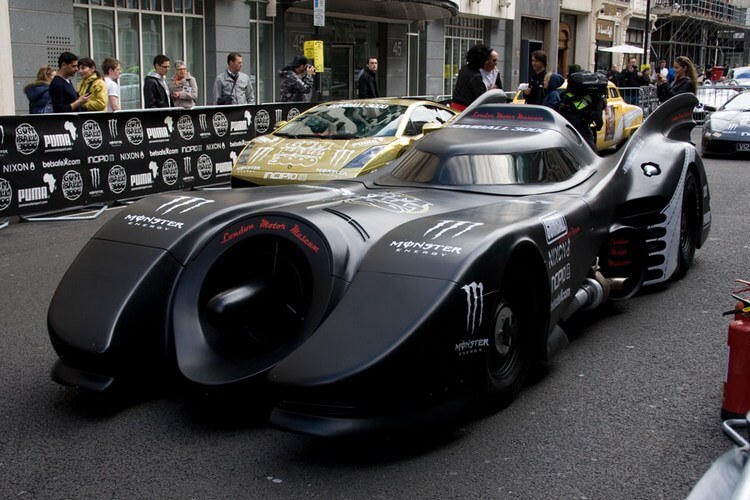 Gumball 3000 – Where all the craziness rally (Source: Internet)

All of car enthusiasts must have known this event by now. But for those who are new to the show, Gumball 3000 is an international motor rally where participants take place and drive right on public roads (many among them are celebrities). In this rally event, there are all types of cars we can imagine, from race cars, hypercars, supercars, sports cars, luxury cars, grand tourers, to SUVs… Most of the participants join the event as teams and all tend to decorate their cars with tons of colorful, vibrant wrappings, decals, stickers, and more…  Such event is definitely fascinating indeed. But one question: “How did it begin?” 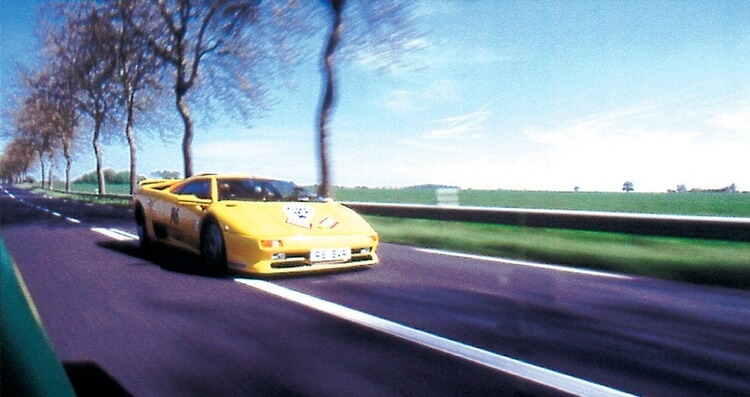 Well, the very first Gumball 3000 rally started in 1999 by entrepreneur Maximillion Cooper. His original aim was to create an event where motor racing, entertainment, fashion, and music combined together. The money gathered from the event was used to raise funds for youth projects.

“But why the name ‘Gumball’?” you may ask. According to Cooper, the name “Gumball” was taken from the 1976 comedy movie – The Gumball Rally. Cooper also explained that the term “Gumball” was also inspired by the iconic artist Andy Warhol who used it to describe how the population chews up and spits out pop culture like gum. 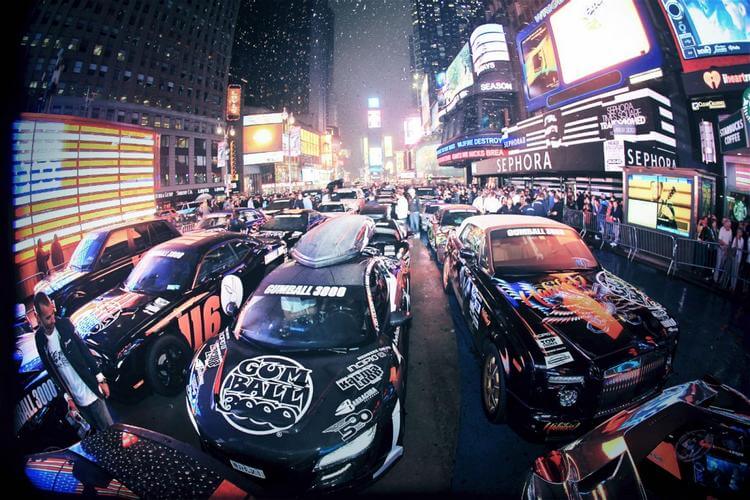 Gumball is still going strong, stronger as ever! (Source: Internet)

In the first Gumball rally, Cooper and 50 of his friends started their really in London, then, they went on a 3000-mile ride to Rimini, Italy while passing through many cities like Paris. This first rally was not much of a problem since people mostly viewed it as a fun journey of friends traveling on their cars.

In 2001, the Gumball 3000 finally caught up global attention and began to rise in popularity. But as fun as it sounds, the event still has received certain criticisms, especially in 2007 when the rally had to end early due to deaths of 2 people from a traffic accident in Macedonia. That said though, even now the event is still running strong, arguably stronger and more popular than ever. 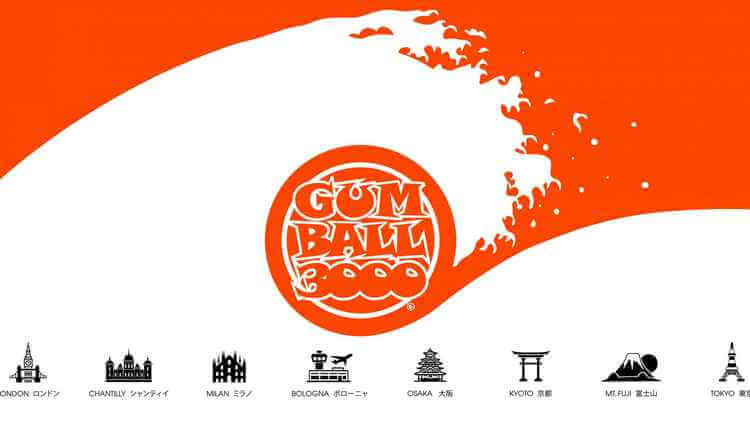 This year Gumball 3000 Rally began their very first journey to Japan, starting in London on August 4th at pop-up store and super car display at Covent Garden. The race commenced on the next day – August 5th to Chantilly, France, and then proceeded to Milan, Italy on August 6th. On August 7th, participants continued the rally to Bologna, Italy and then prepared for their flight to Osaka, Japan for the race on August 8th. From Osaka, the rally moved on to Kyoto on August 9th and then to Nanao on August 10th. Finally, the participated teams headed towards Tokyo on August 11th and had the Gumball Finale Party, featuring tons of public events, parties on August 12th right in the capital of the Land of the Rising Sun.

Suffice to say this year Gumball 3000 rally was an extremely fun experience, especially when it was the first time the rally came to Japan (not to mention there was a crazy party including tons, tons of heavily modified Lamborghini with full of colors and wild sounds):

Can you spot all the Lamborghini? (Source: Shmee150) 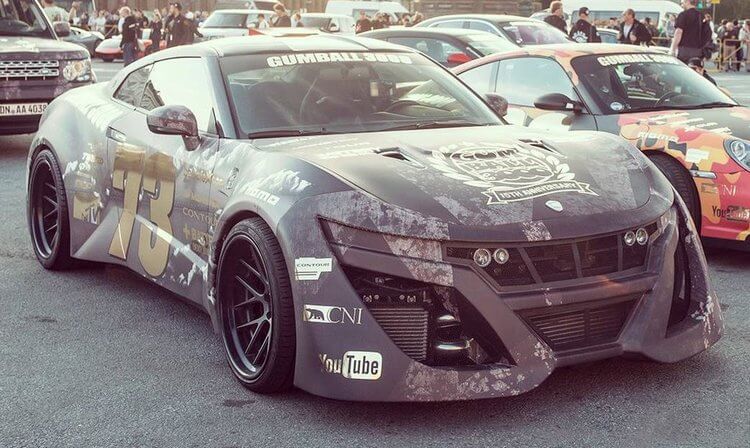 Aside from the Tumbler (which was absolutely crazy), the Saudi Arabia’s team – Team Galag also took their phenomenal TG1, based on a Nissan GT-R platform, for Gumball 3000 2013. Not only did the car look incredible, it also possessed extreme powertrain with 750 hp and 700 lb-ft of torque. And of course, they were not kidding when saying the car just needed 2.68 seconds to hit 62 mph and had a max speed of 211 mph. 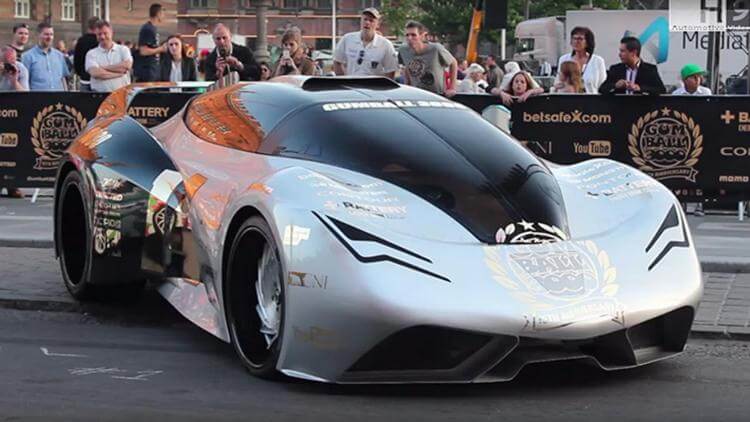 Began as a Corvette C7 R, this car underwent a big “surgery” thanks to Parker Brothers and the result? It was literally reborn as a brand new car called as InCENArator. And before you are wondering about the name, yes, it was built for John Cena – the famous wrestler himself. How did it look? Simple phenomenal! Like a car coming from year 3000s. 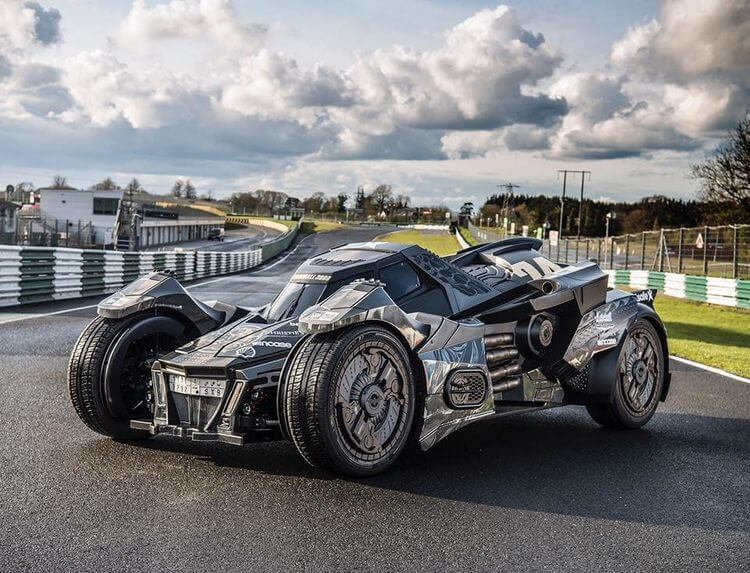 Team Galag seems to have huge fascination with Batmobile, for example: their Tumbler (based on the Dark Knight’s Tumbler) in Gumball 3000 2013. And in 2016, Team Galag brought on their  insane Batmobile based on the video game Batman Arkham. And while it does not look like much, the car’s base was actually a Lamborghini Gallardo. 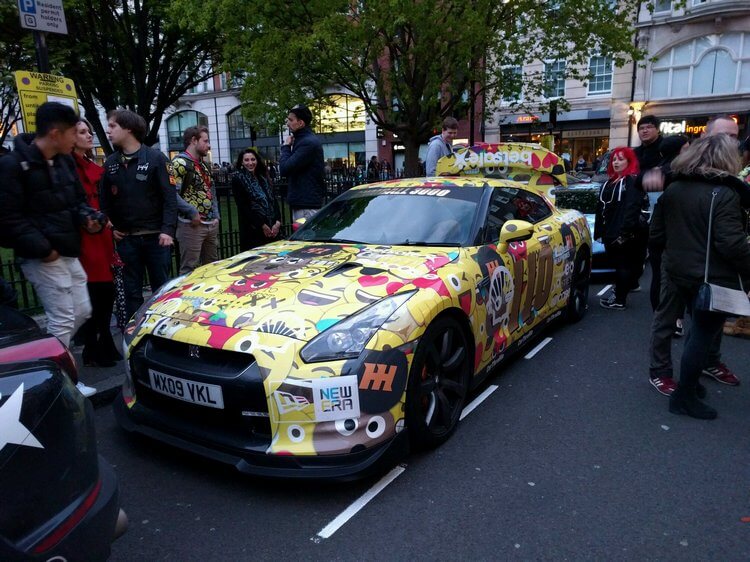 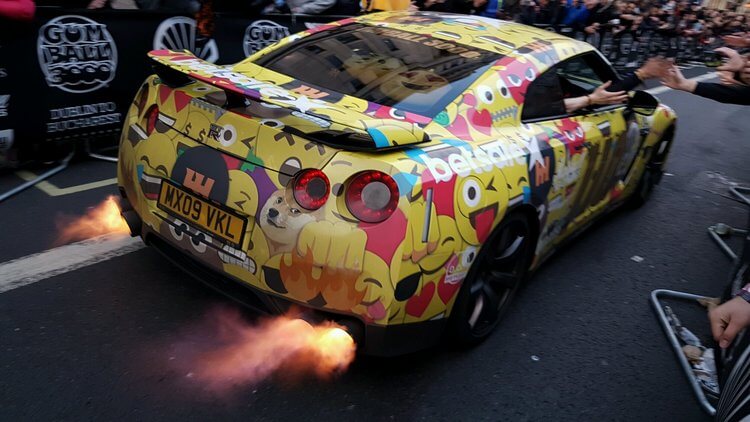 To celebrate Gumball 3000 2016, Team Car Throttle decided to bring out their Nissan GTR. But, this was not just any “Nissan GTR“, it was the EmojiTR, an extreme car in both terms of visual and sound. Aside from its funny wrap filled with tons of emoticons, what pushed this car out of boundary was its beastial sound. The crackles, the pops, the bangs, the flames, what could be more suitable 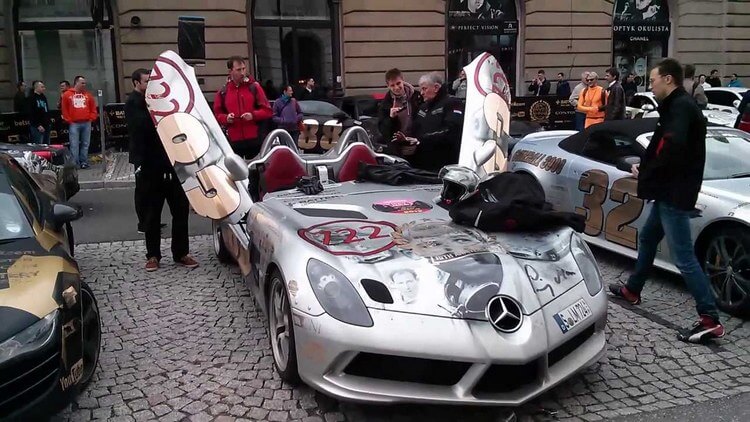 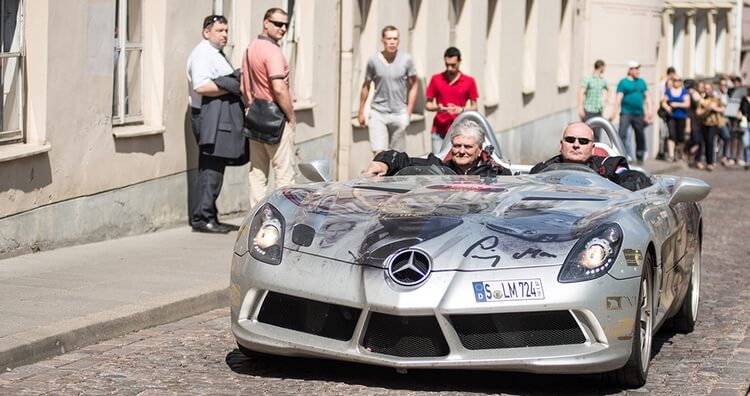 With the base price of $750,000 and only 75 units were built, this glorious McLaren Mercedes SLR Stirling was truly a rare sight to behold. This car was dedicated to Stirling Moss’ unbeaten 1955 Mille Miglia record. Surely, it must be an awesome experience to see it in action in Gumball 3000 2013. 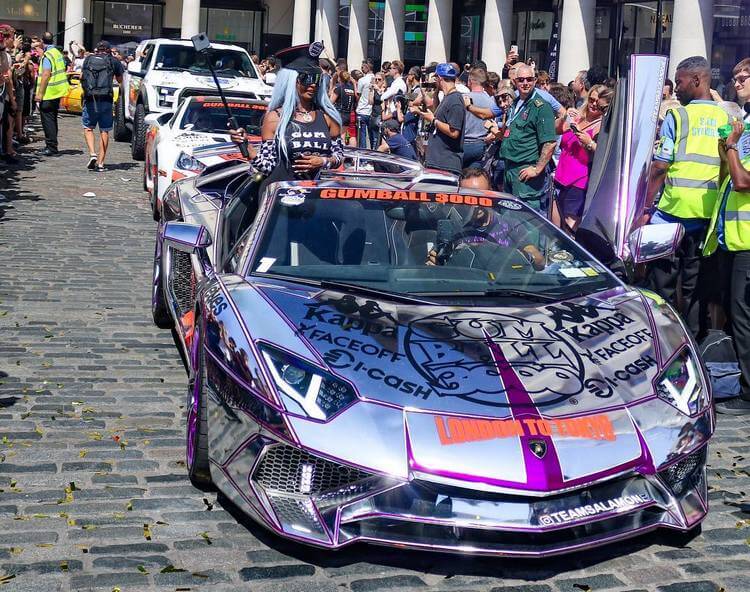 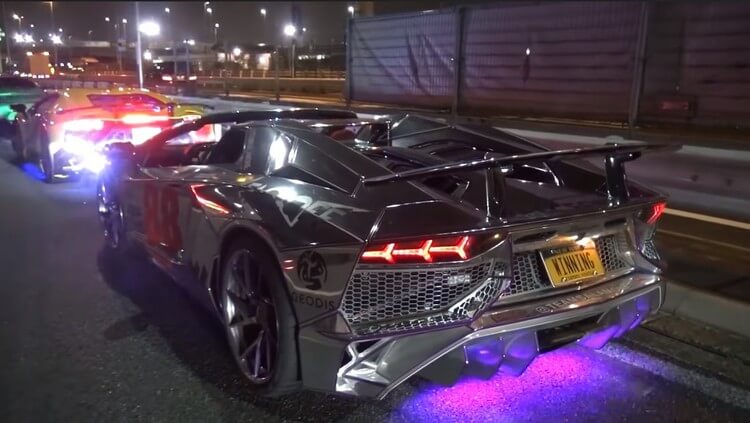 The latest Gumball 3000 2018 had fair share of insane cars; however, here we could only share some of the best. Typically here we had a modified Lamborghini Aventador SV from Team Salamone. What was so special about it? Well just look at it, it was extremely incredible with full chrome wrapping and Tron-style stripe. And while it already looked stunning in daylight, it was the night time when it showed its “final form“. 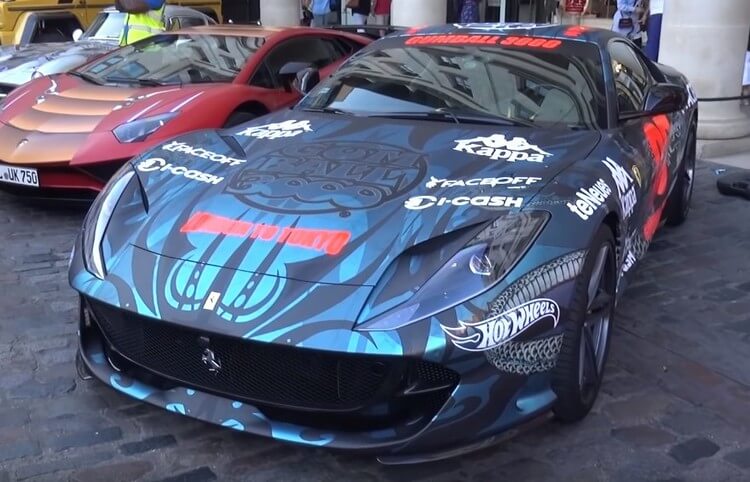 Imagine when this car lights up! (Source: Intenret) 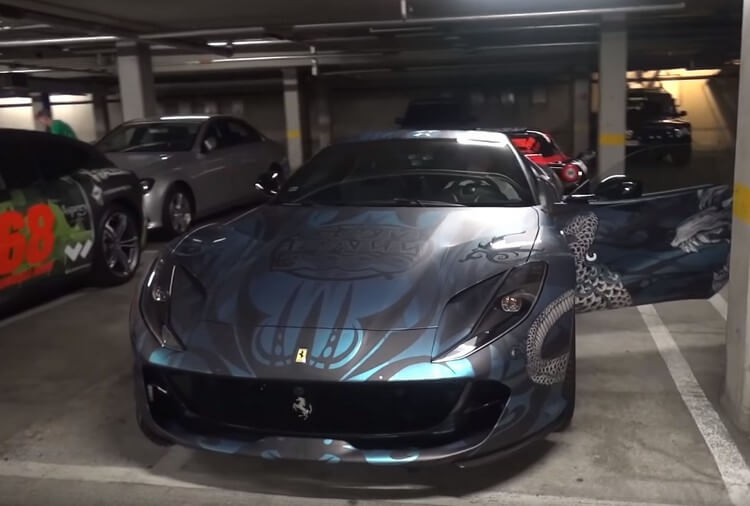 The next fantastic Gumball 3000 2018 car we have to mention was Josh Cartu’s Ferrari 812 Superfast from Team Wolfpack. The best thing about it was the striking reflective wrap (which required pretty hard work to pull it out perfectly). At night, this 812 Superfast looked even cooler with different animals and shapes on the car lightened up.

Race cars are supposed to be track exclusive only. But in Gumball 3000, everything is possible. And true! In Gumball 3000 2016, Team Betsafe decided to bring their phenomenal Street F1 onto the table. Needless to say, it was a stunning experience to see this car on public road. How stunning it was? Let Team Betsafe explain by themselves. 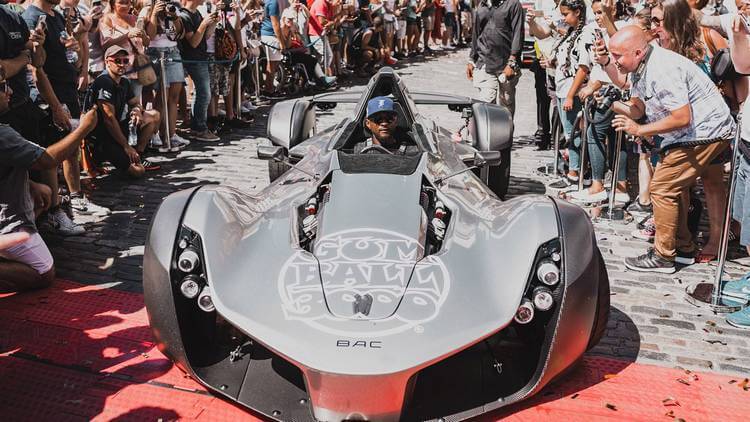 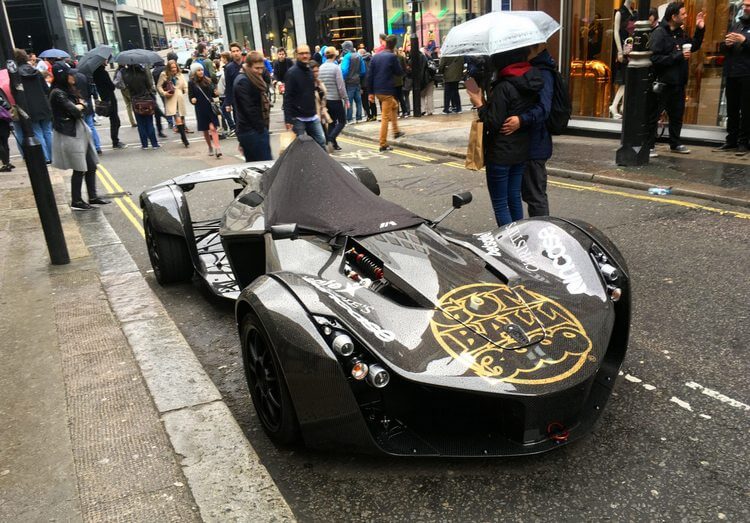 Continue the trope of “bringing race car on public road“, here we have the BAC Mono – the ultimate race car on road. This BAC Mono is truly a powerhouse with the ability to reach 62 mph just within 2.8 sec and the top speed of 170 mph. And of course the best news is: this car was driven by the Music Superstar Usher! 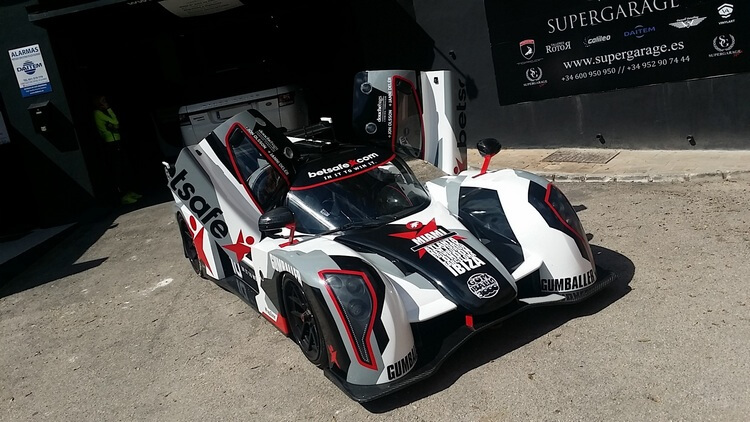 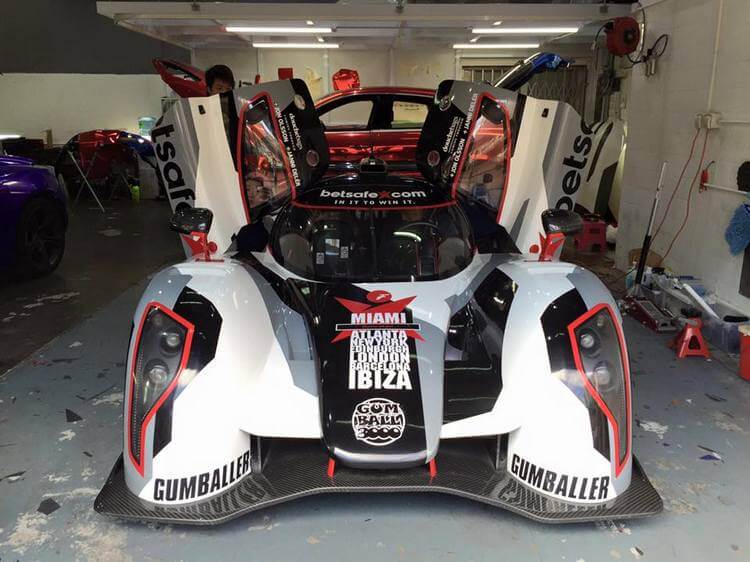 Gumball is the special occasion when lots of celebrities join the fun, and of course, the famous skier/car enthusiast Jon Olsson is no exception. And for Gumball 3000 2014, Jon Olsson brought with him the Rebellion R2K, developed by Olsson himself. In fact this car participated in Gumball 3000 twice and interesting enough, it was on sale for $270,000 back in 2015.

And that’s it folks! What do you love about Gumball 3000 Rally 2018? Feel free to share with us and for now, thank you and stay tune for more news in the future!