When GTA 5 released in 2013, it was already a huge blast among gamers community due to its stunning visual, awesome open-world, and of course, the incredible GTA 5 single player campaign experience. Not only that, GTA 5 is still able to maintain its tremendous popularity after all these years thanks to the modding community, and more importantly, GTA Online. But then there is a rising question: “why is there no GTA 5 single player DLC?” Of course playing GTA Online is incredibly fun. But, not all of us prefer playing multiplayer forever. Sometimes, a good story-driven single player always casts a new refreshing air to enjoy the game (remember Witcher 3? They have extremely good single player DLCs). Thanksfully with a recent interview from GameInformer with Imran Sarwar, the design director of Rockstar, now we finally have the answer. So, with no further ado, let’s find out!

From the incredible single player… 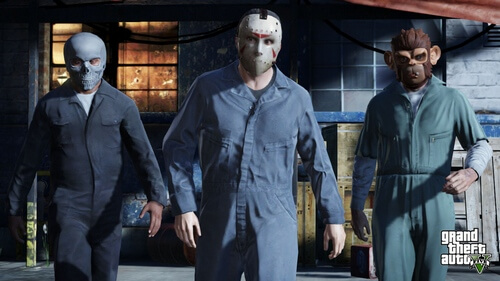 Who can forget the incredible GTA 5 storyline? (Source: Internet)

As mentioned, GTA 5 is definitely one of the best game in 2013 and even the top open-world games to date. In GTA 5 single player storyline, for the first time players were introduced with 3 main characters in a huge, huge open-world of Los Santos. If you are familiar with story-driven games then you will know that having a single main character is already hard job by itself. But in case of GTA 5, Rockstar totally nailed it with 3 characters; each has his own compelling story and personalities. Besides, the storyline is also well done, especially the awesome heist missions. And on top of that, the lively open-world with tons of activities makes GTA 5 single player truly exceptional.

Still, even a successful single player game can’t withstand the test of time. Sooner or later, players will move on to seek new masterpieces. Some may argue that the modding community can prolong the game span. And it’s partly true! The Elder Scrolls V Skyrim, an old game released in 2011 and even now certain players base still enjoy it. But even so, its popularity is still not as high as it used to be.

To some extent, Rockstar may have think about this and they gradually focus on GTA Online – the shining point of GTA 5 “end game” content.

… To the awesome multiplayer 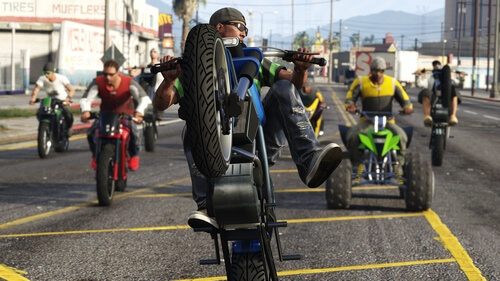 Get a biker gang with friends! (Source: Internet)

Back to the day when GTA Online was officially released in 2013, GTA Online was not as good as it is now. Despite several new additions like weapons, vehicles, and accommodations, the game is essentially throwing 16 people into the world of GTA 5 with all the old activities from the single player. At the time, it was not bad, absolutely not. It was quite fun experience when friends invited each other to enjoy the world as they wanted to. But gradually, more and more multiplayer DLCs went on air and all of them have given the game more depths, more contents to enjoy. Compare GTA Online at current state to the old GTA Online, we would be surprised how different they are.

Of course, no doubt GTA Online is excellent and fun to play; it tremendously prolongs the game life span. Sadly, there is no GTA 5 single player DLC to be found…

Just recently GameInformer got an opportunity to interview Imran Sarwar, Rockstar’s design director about the GTA 5. Besides their discussion with GTA Online, there is also a question about GTA 5 single player DLC. To answer this question, Sarwar replied:

– No, it was not really a conscious decision, it’s just what happened. We would love to do more single-player add-ons for games in the future. As a company we love single-player more than anything, and believe in it absolutely – for storytelling and a sense of immersion in a world, multiplayer games don’t rival single-player games. With GTA V, the single-player game was absolutely massive and very, very complete. It was three games in one. The next-gen versions took a year of everyone’s time to get right, then the online component had a lot of potential, but to come close to realizing that potential also sucked up a lot of resources. And then there are other games – in particular Red Dead Redemption II. The combination of these three factors means for this game, we did not feel single-player expansions were either possible or necessary, but we may well do them for future projects. At Rockstar, we will always have bandwidth issues because we are perfectionists and to make huge complex games takes a lot of time and resources. Not everything is always possible, but we still love single-player open-world games more than anything. I don’t think you could make a game like GTA V if you did not like single-player games and trying to expand their possibilities! 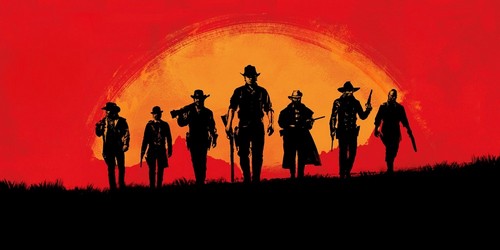 In short, we may interpret this answer as: they want to focus on the Red Dead Redemption 2 to make it as a new awesome single player game. To some extent, this actually makes sense since developing a good game requires attention and resources. Back to 2010, Red Dead Redemption released and it was one of the best Rockstar games to date. And as always, making a successful sequel to an already great game isn’t an easy thing.

*For further details, please check out this GameInformer’s interview and their take on it. 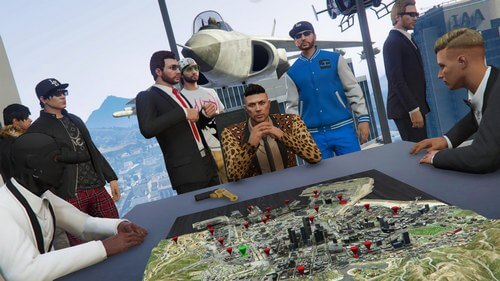 Guess we are fine with being CEO for now than. (Source: Internet)

To some extent, this is not totally the worst news ever for GTA 5 single player. Even now there are tons of GTA 5 mods for the single player. Many mods are incredible from visual enhancement, gameplay tweaks, to new game modes. However, the main reason why fans feel really bad about this is that Rockstar once announced “substantial” GTA 5 story DLC in 2014. However, no story DLC has appeared ever since. As the result, there is no wonder why many people are raging due to the lack of GTA 5 single player DLC, especially after this news.

But hey! At least good news is that Red Dead Redemption 2 is on the way, right?

What do you think about this interview? Feel free to share with us and for now, thank you and stay tune for more news in the future!

2 thoughts on “Why There Is No GTA 5 Single player DLC?”