Microtransaction and loot boxes are probably the most controversial thing this year. If you search on Youtube or Google, you will find tons of people, Youtubers, gamers, and critics discussing about this “phenomenon”. And the main thing they are talking about is how bad microtransaction and typically, loot boxes are. There are tons and tons of hate towards these controversial implementations and it is getting hotter and hotter these days. And so the big question is: Why’s that? How did it happen? Let’s find out!

*Note: The information shown here are gathered from various sources and does not reflect any personal or subjective opinion.

1. What are Microtransaction and Loot Boxes? 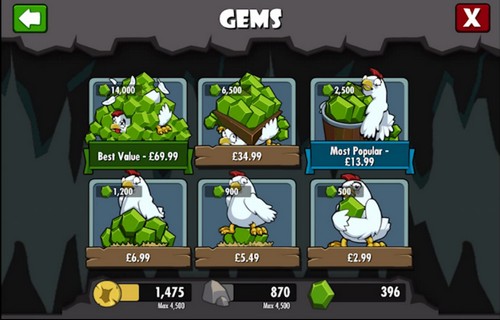 This controversial element was first implemented in mobile games. Since mobile games couldn’t generate as much revenue, mobile game developers started to make free mobile games with in-game purchasing content. The simplest way to implement microtransaction was to lock certain content behind some sort of “in-game currency” which can only be obtained by buying with real money. Gradually, this practice “evolved” with various in-game purchases like gears and unlocking levels. At first, people thought it to be in mobile games only, but unexpectedly; it has gradually come to console and PC games.

In recent years, we can see tons of console and PC games implemented with microtransaction. It all started with online games, specifically MMORPGs since they are most suitable for microtransaction. In many MMORPGs, players can buy VIP title with certain in-game privileges, gears, or simply outfits to look good. But that does not simply stop there. Not long after, single-player games also include microtransaction like Dead Space 3, Dragon Age Inquisition (though microtransaction is only in multiplayer mode), or Mortal Kombat X.

And just recently, microtransaction takes a new step with loot boxes and it has become more common than ever. 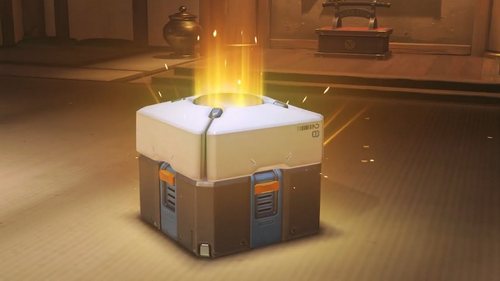 Loot boxes are considered as “cancer” of gaming nowadays. Basically, these boxes will give players random loots when opened. Sounds simple isn’t it? But such a simple thing is causing a big ruckus within the gamer community.

Like microtransaction, loot boxes exist in both mobile games and console/PC games. There are so many games nowadays implement this loot boxes: Shadow of War, Injustice 2, For Honor, Overwatch, Destiny 2, and more… And while in some games in which players are “fine” with loot boxes, there are many other games where players extremely hated loot boxes, especially single-player games.

By looking at such a phenomenon, we can’t help but thinking about them. And today, let’s try to take a deeper look inside this phenomenon.

The Dawn of Gaming 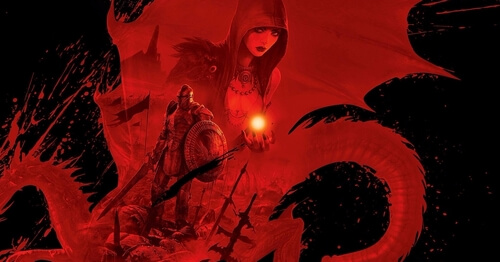 At the beginning of gaming industry, there was no such thing called “microtransaction”. When people bought a game, it came with a whole package. At most, people could only buy game expansions if they were available. These expansions are often vast continuations of an already-rounded-up game. For example, we have the massive Frozen Throne expansion for Warcraft 3 Reign of Chaos, Lord of Destruction expansion for Diablo 2, Awakening expansion for Dragon Age Origins, and so on…

This is pretty much the Golden Age of gaming when people can enjoy the game as a whole without worrying about cut content. That said; certain games may have additional DLCs like new stories or characters in Dragon Age Origins or Borderlands 2. But overall, most people didn’t consider this to be microtransaction since these DLCs are made for an already-extensive game.

The “Cancer” of Gaming

How does microtransaction and loot boxes affect the game? 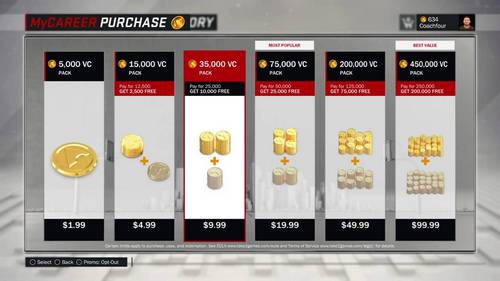 This is the most common complain about microtransaction and loot boxes, typically in case of Shadow of War, Forza Motorsport 7, and NBA 2K18. The idea is that microtransaction and loot boxes make the game progression much, much harder than usual. In order to get something, players have to grind extremely hard if they don’t buy anything with real money. This seems to be the extreme case of NBA 2K18 when players have to use an in-game currency called Virtual Currency (VC). This currency is used for any sorts of progression in NBA 2K18, from upgrading character to buying character’s appearances. Although players can get VC without buying it via real cash, getting VC is extremely hard while an upgrade or an item costs an absurd amount of VC. As the results, many players got enraged and rated the game extremely low due to the ridiculous microtransaction.

The recent title Middle Earth Shadow of War also suffered from the same complain as the game also includes microtransaction, specifically loot boxes. In Shadow of War, players can buy different loot boxes and these boxes can drop various items like weapons, armors, and even orc captains. Although the players seem to be able to complete the entire game without buying these loot boxes, many players already reported that the game requires grinding at certain points. Especially in order to unlock the True Ending, players need to… sort of replay the whole game but with more tedious grinding. Because of this, lots of gamers, including Youtubers, claimed that loot boxes have ruined the game’s progression. The game is so grindy and tedious, and players have to buy loot boxes in order to progress more quickly. For more information, you can check out YongYea or Jim Sterling’s channel. 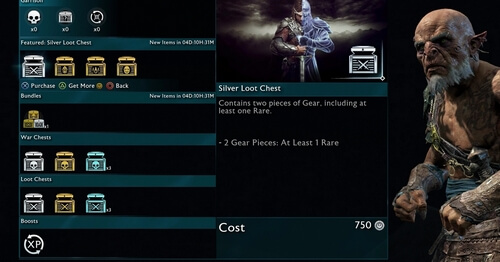 This argument is an extension of the first one. The idea is that in the past, games provide cool challenges and of course, satisfying rewards. For example, defeating a hard boss in RPG like Dark Souls is not a simple task. But when players finally defeat that boss, the sense of satisfaction and achievement is real. And in Dark Souls, players gain the boss’s soul and use it to craft a specific weapon of their choice.

But with loot boxes, everything feels random. The thing is: loot boxes drop random loot including items players don’t need or items which are too weak. This means even if a player defeats a boss, that doesn’t mean they can get something worthwhile.

In addition, since many games implemented microtransaction with loot boxes, players can just pump in real cash and grab loot boxes. Again, it ruins the game due to balancing issue and furthermore, make the game feels meaningless. If the players can just buy “rewards” from loot boxes then is there any reason to actually play the game to gain something? In reality, this notion seems to depend on different games. For example, Overwatch’s loot boxes actually work quite well since all of the loots are cosmetic and gamers can get loot boxes purely by playing without paying anything. But in single-player like Shadow of War, this loot boxes idea seems to break the “rewards” meaning of the game. 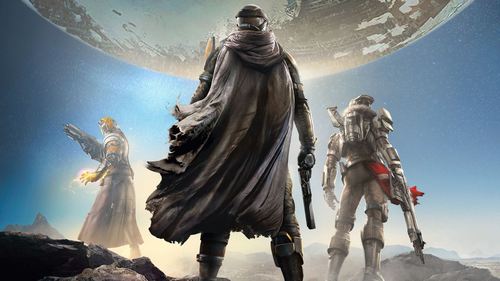 Destiny – let’s face it, it had a rough start. (Source: Internet)

Destiny (and highly Destiny 2) is probably the prime example for this argument. Back to 2014 when Destiny first came out, the game was heavily criticized due to repetitive game modes, heavy grinding, and especially severe lack of content. Many game reviewers like Angry Joe heavily criticized the game for this reason. It is suspected that the game intentionally lacked of content so that those content can be sold with real money in form of DLCs. Of course we can’t say for sure whether their argument is 100% true or not. But we can’t still deny that Destiny was sorely lack of content back in the day.

And in Destiny 2, it seems the game still has the same problem like the first Destiny despite many overhauled gameplay mechanics. Many players have already compared Destiny 2 to the current Destiny. They pointed out that Destiny 2 heavily lacked of content compared to the current Destiny 1. Although the game is popular, no doubt, Destiny 2 is like a huge controversial game where many players rated it highly, while many others considered it not as good as it supposed to be.

They will no longer be optional

This is probably the worst scenario for many gamers, and according to some people, this is going to come true very soon. It is mainly a counter to the opinion: “microtransaction and loot boxes are optional”. The argument actually appeared few years ago but recently it has been getting more and more attention. There are 2 reasons why this argument is getting hotter:

Activision’s patent: Numerous discussions have risen due to this one. According to Kotaku, Activision has been gained patent for their matchmaking system. The problem is: this system is specifically created to encourage people buy in-game loot boxes with real money. 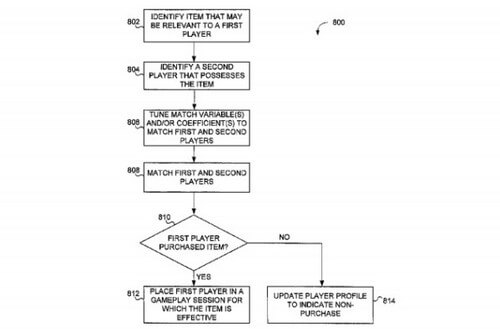 Basically the idea is that: a player will be matched with another experienced player with certain weapon. When that player sees (or being killed) the experienced one using the weapon, he will want to buy that weapon because he think it’s good. If the player actually buys the weapon with real money, he will be matched with a game where the purchased weapon works best. If the player doesn’t buy the weapon then he will be put into a different category for a new queue and repeat the cycle. For more information, please check out the original article from Kotaku.

This system really puts a big fear into gaming community since it manipulates gamers’ choice to buy things with real money. Certain Youtubers like Jim Sterling and YongYea already suspected that this system is in testing in Call of Duty WW2. Specficially there is a mechanic in which players can see each other opening loot boxes and know exactly what they get. And of course, this kind of practice is making more and more players questioning about the threat of microtransaction.

3. Why are they implemented in-game?

Of course when we ask “why microtransaction and loot boxes are implemented”, people will mostly reply that is because of greed. The game publishers always try to gain more revenue from a game besides their sell rate. Free-to-play games (mostly MMORPGs) often include this microtransaction in order to gain revenue but that is because those games cost nothing to buy. But nowadays, even 60$ games like Shadow of Mordor also includes loot boxes, which is like a big alarm to players.

Again, we can’t have a concrete answer about this question since it’s mostly suspicions. But the recent actions from game publishers are putting more and more question marks.

But what do you think about microtransaction and loot boxes? Feel free to share with us and for now, thank you and stay tune for more news in the future!