Muscle cars have always been one of car enthusiasts’ greatest choices, especially in America. And among the muscle cars, Ford, Chevrolet, and the Dodge are probably the most prominent competitors in this market. But this time, our focus will be the legendary Ford, specifically the 2018 Shelby 1000 which has just made appearance in SEMA 2017. With the insane horsepower of over 1000, will the 2018 Shelby 1000 make a blast on track? Let’s take a look! 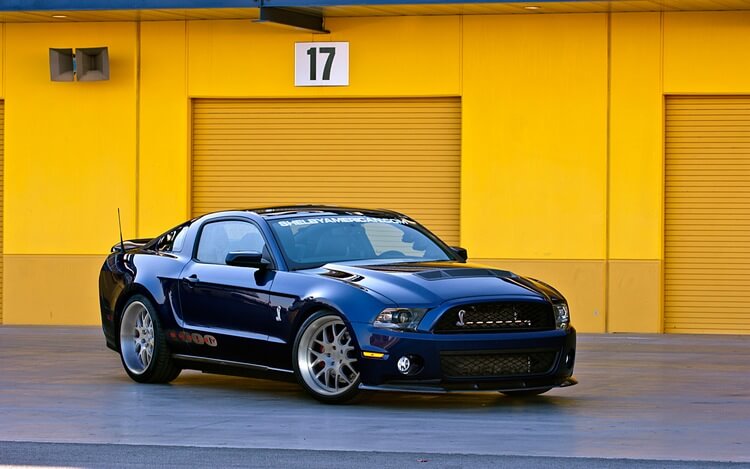 Back to 2012, the very first Shelby 1000 was released in both street and track model. The street model possesses a whopping 950 horsepower, while the track version can push the limit to 1100 horsepower. Its power is no doubt incredible, and after 5 years, the insane Shelby 1000 has returned once again under the name 2018 Shelby 1000. 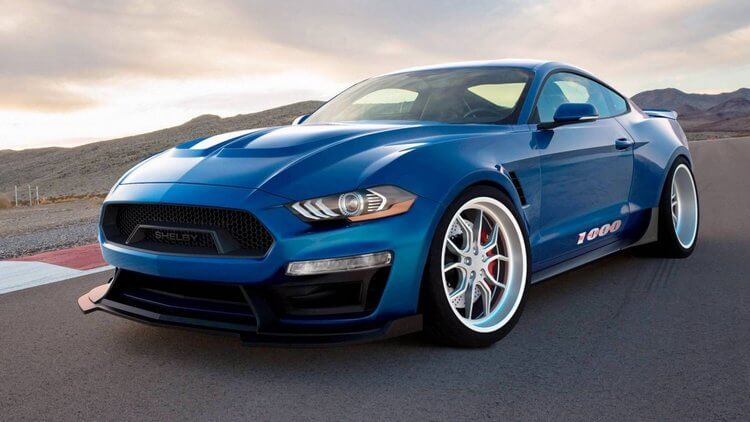 Besides the new engine, this new track-specialized Shelby also gets new upgrades, for example the high flow fuel system, new intercooler, enhanced transmission, and a modified ECU for better extra power handling. Although the company hasn’t shown the full spec yet, the 2018 Shelby 1000 is expected to even reach 1500 horsepower.  So, what if we test the 2018 Shelby 1000 on a straight line? This is still speculation, yet, we can expect it to exceed 60 mph in less than 2.5 seconds. Possibly it can come close to Dodge Challenger Demon at 2.3 seconds.

But of course, horsepower isn’t the only thing they upgraded, as Vince LaViolette – development head of Shelby American shared: “We replace every major component to create the ultimate track machine. The result is a car that will slice through corners and blast down straights with amazing ease.” He also added: “Not only did we build strength into the car with components like heavy-duty half-shafts and CV joints, we revised the entire suspension by using tubular adjustable upper and lower control arms, as well as fully adjustable coilovers. We then added 10- and 12-inch [wide] forged wheels with sticky 20-inch rubber to maximize traction with this high level of power.”

Talking about the exterior, “aggressive” is definitely the best word to describe this new model. Overall, the 2018 Shelby 1000 gets a wide-body kit including wider fenders, redesigned hood with massive bulge. The front and the end are made wider which gives the 2018 Shelby 1000 an even more aggressive look. Not only that, they go extremely well for handling, especially with the wider wheels and tires, adjustable coil-over suspension, and large Brembo brakes.

Similar to the exterior and the driving engine, the 2018 Shelby 1000’s interior also gains various changes, typically the illuminated sill plates and Katzkin leather wrapped front seats. Since the 2018 Shelby 1000 is built for purely track purpose, the rear seats are not included and instead, a four-point roll-bar with harness system is installed for better safety.

As the original Shelby 1000’s successor, the 2018 Shelby 1000 will still maintain the similar interior design. But of course, it won’t just use the same interior design as the 2012 Shelby 1000. This new generation’s interior also has various modern enhancements, including modern features like personalized LCD and Ford SYNC Connect with FordPass.

Unfortunately, again, the company hasn’t shown any pictures of the interior. To get a closer look at the new 2018 Shelby 1000, please check out this awesome video from Speed Phenom:

Overall, 2018 Shelby 1000 is an impressive successor to its original Shelby 1000 in 2012. All of its new upgrades and especially the speed are definitely worth for. Since we still haven’t seen it in action yet, let’s not compare it to other significant competitors yet. Yet nonetheless, this new Shelby 1000 will make a great opponent in the market.

And that’s it folk! What do you think about the new Shelby 1000? Feel free to share with us and for now, stay tune for more news in the future!