Supercars have always been the dream of car enthusiasts. What they offer is the extraordinary power, exceptional control, incredible sound, and alluring appearance. Of course, for such high quality cars, the price range is often from 6-digit to 7-digit number. As you may expect, these supercars are somewhat rare. But if you can afford them, getting these sweet and ferocious beasts isn’t much of an issue. However, there are certain supercars which are extremely rare that you will never get or even see them. And so here we are: the Top 10 Rarest Supercars You Probably Will Never See, Ever!

*Note: Supercars on this list are determined by their total number in the world and all of them are exclusive models or no longer produced. 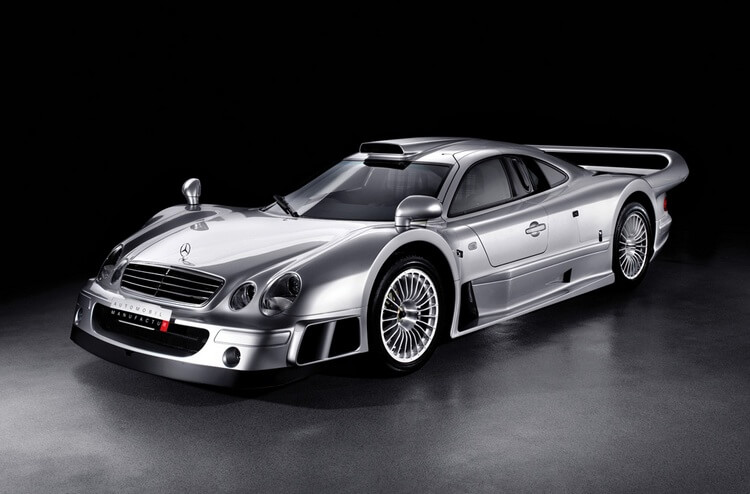 Since this is a model from 1999, its appearance can be a bit “out of place” in today’s standard. Yet, we have to agree that it is pretty impressive. If we consider its timeline, CLK GTR was definitely one of the most exciting supercars.

*Fun fact: Back to the day, CLK GTR was the most expensive car ever produced at the time with a price of $1,547,620(USD), according to Guinness Book of World Records. 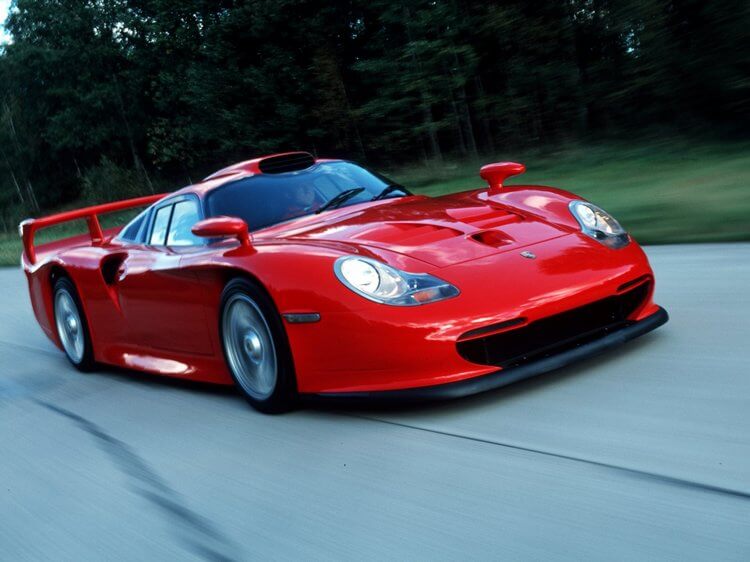 Talking about road-legal race cars, next on the list we have an equally rare one which is Porsche 911 GT1 from 1997. Originally, this one was a race car and it achieved quite a number of successes. Later on, due to the regulation from FIA GT1, the company had to create 25 street version of Porsche 911 GT1.

In order to become legal in European emission law, the engine of Porsche 911 GT1 had to be toned down a bit. As the results, we have street-version Porsche 911 GT1 with 537-horsepower 3.2-litre flat-6 twin-turbo engine which can boost up to 191 mph max speed. The car’s acceleration from 0 to 62 mph takes 3.9 seconds.

Again, we have an old model in 1997. But in any cases, we have an “antique” race car which can be drove on street, how cool is that? 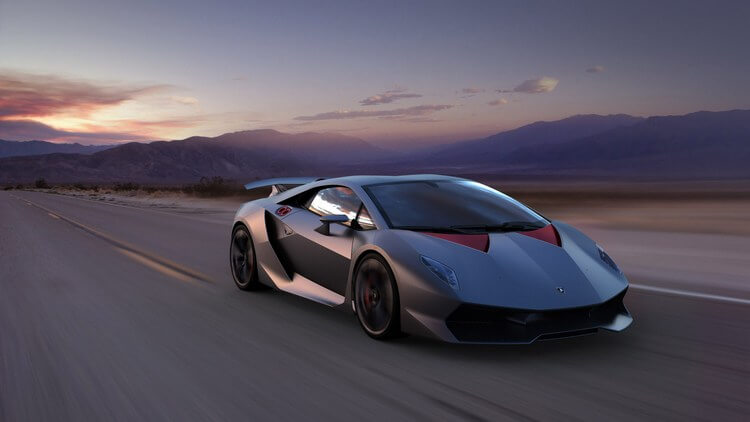 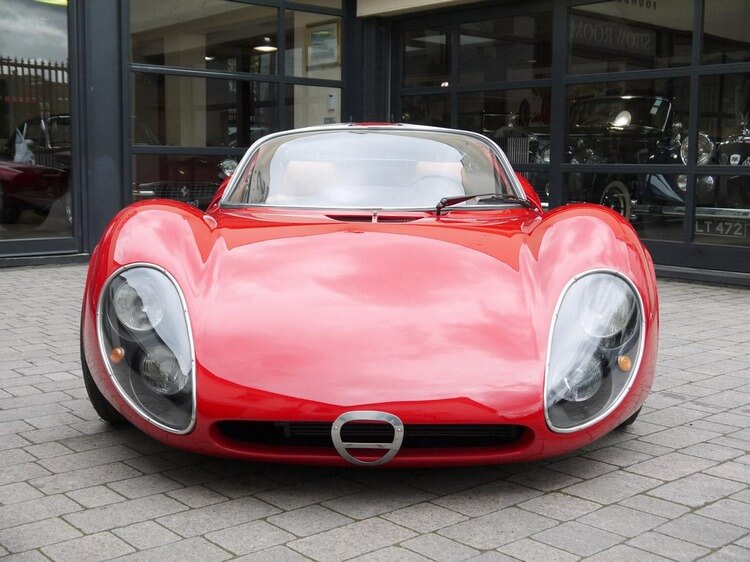 This arguably the most beautiful Alfa ever created car uses 2.0 liter V8 engine with 230 horsepower, which allows it to boost from 0 to 60 mph within 5.5 seconds. At top speed, it can get to 160 mph.

Alfa Romeo 33 Stradale was originally sold for $17,000. Of course, this price doesn’t sound much in today’s standard. But back to the day, a new car cost approximately $2,822 in average, which means $17,000 was an extremely huge cost. Nowadays, it is extremely rare to see an Alfa Romeo 33 Stradale on the road. And it is even rarer to see them on the market. But even if this car is available on market, no doubt its price will highly be 7-digit number.

If you are not a car enthusiast then Zenvo Automotive will sound unfamiliar to you. Zenvo Automotive is a Danish supercar manufacturer, founded in 2004 and Zenvo ST1 was their first model. On the outside, Zenvo ST1 has a truly impressive appearance. It is exotic and aggressive, definitely suitable for people who are looking for exotic supercar.

In terms of engine, Zenvo ST1 uses twincharged 6.8-litre V8 engine with 1,104 horsepower. The supercar can get from 0 to 100 mph within 3 seconds and its max speed exceeds 233 mph.

When Zenvo ST1 first came out, its base price was around $1,800,000 and depending on personal customizations, the price could go even higher. Frankly speaking, Zenvo ST1 received quite a number of negative reviews, like from Autocar. But overall, it is still an incredible supercar, especially when it first came from a land of pastries and windmills. 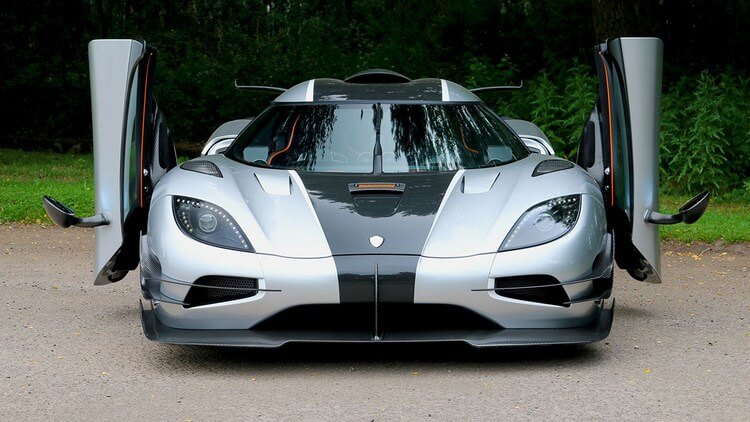 Christian von Koenigsegg is the incredible founder of Koenigsegg Automotive AB and he has come up with tons of innovation for his supercars, and supercars industry in general. And this time, we also have a rare and incredible product from Koenigsegg, which is Koenigsegg One:1. Some people may think this supercar’s name is pretty weird, but there is a good reason for that. But aside from its “weird” name, Koenigsegg One:1 definitely looks imposing and extremely impressive. Also, it represents the successful effort of Koenigsegg to create the world’s first megacar.

Koenigsegg One:1’s power comes from its splendid ratio between the power of 1360 PS to equal weight of 1360 kg. This means 1.0 kilogram equals to 1.0 PS, or 0.986 horsepower. Also, this explains the name One:1, which refers to this incredible ratio of one-to-one.  So as the results, we have a supercar with 1340-horsepower 5.0-litre twin-turbocharged V8 engine. The car can reach the top speed of 248 mph and get from 0 to 60 mph within 2.8 seconds.

This supercar was released in 2015 and there were only 6 of them created. Each approximately cost around $2,400,000 and it is said that all 6 cars were sold even before its official debut. 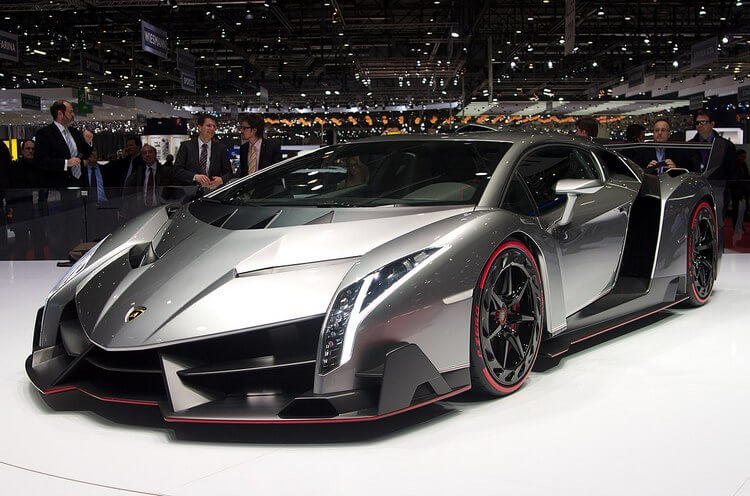 Next on the list, we have another incredible Lamborghini masterpiece, and it is Lamborghini Veneno. It was first introduced in 2013 as a limited edition as celebration of Lamborghini’s 50th anniversary. The supercar follows traditional Lamborghini design, yet it looks much more imposing and incredibly exotic. When it comes to supercar, Pagani Automotive definitely not mess around. In fact, they are among the most famous automakers for their subtle and extremely powerful design. And fortunately for us, ranking in number 3 we have an unique Pagani creation: Pagani Zonda Revolucion, the last descendant of Zonda family. To some extent, Zonda Revolucion is more like a F1 race car rather than a supercar. It is said that Zonda Revolucion’s focus is more about performance and aerodynamics than aesthetics. Still, its appearance is impressive and it always reminds us of an incredible race car.

The Zonda Revolucion uses Mercedes-Benz AMG 6.0-liter V-12 engine which can unleash 800 horsepower. It can exceed 217 mph max speed and get from 0 to 60 mph within 2.6 seconds. In addition, the shining point of Zonda Revolucion is its aerodynamic enhancement with its proactive rear wings. It features a F1-like system called Drag-Reduction-System (DRS) which allows driver to adjust wing angle manually or automatically. No one can simply forget McLaren F1. It is the legendary race car which revolutionized the supercar world more than any other cars. Of course, being a race car, we can’t just drive McLaren F1 freely on street. Fortunately, we have a rare road-street model of McLaren F1: McLaren F1 LM. This McLaren F1 LM was created as dedication for the 5 McLaren F1 GTRs which achieved victory in 1995 24 Hours of Le Mans (as you may guess, LM refers to Le Mans). McLaren F1 LM was built as a street car without the engine regulations like the GTR racing models. As the results, we have the most powerful street car back to the day.

In 1995, only 5 McLaren F1 LM were built. Back to the day, it is said that McLaren didn’t announce an official price for McLaren F1 LM. But overall, the price of an F1 LM was around $1,000,000. At the present, F1 LM is definitely among the most sought cars to date and its market price will surely surpass 7-digit number. 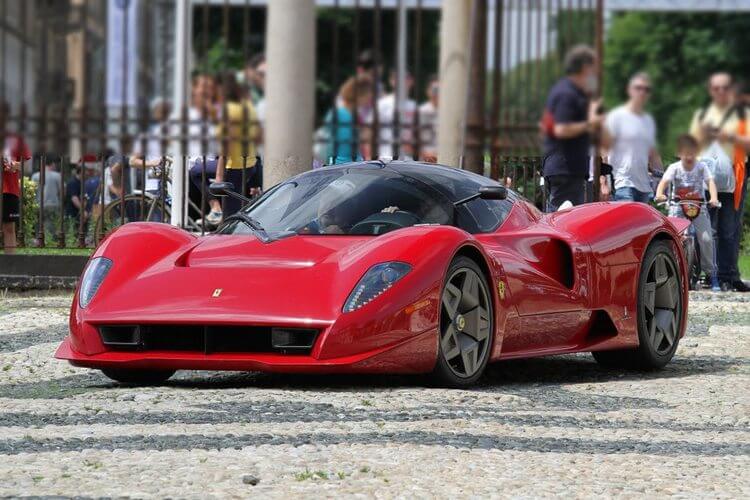 Finally, we have an one-of-a-kind supercar, the rarest car in the world to date: Ferrari P4/5 by Pininfarina. The car was made by Ferrari, but then it was redesigned by Pininfarina for the famous car collector – James Glickenhaus. It was originally an Enzo Ferrari, but reimagined and modernized for Glickenhaus’s preference. And when it’s finally released, it was officially called as Ferrari P4/5 by Pininfarina. The car was specially featured in Car and Driver by Ted West and given the title “The Beast of Turin”.

The car interior was specifically redesigned to become suitable for him and his family. The interior and the car control was also enhanced to make it easier to ride. It also includes an iPod nano stereo and a tablet PC featuring GPS and the car’s 3D model. The exterior is also redesigned so that it is more stable and has more aerodynamics than the original Enzo.

Overall, Ferrari P4/5 by Pininfarina is absolutely an one-of-a-kind supercar and it is the rarest supercar in the world to date. Unfortunately for rare car collectors, Glickenhaus stated that he won’t sell this supercar, ever. But, in any super slim chance, if this car is ever in auction, it will definitely be the most sought supercar in the world.

5 thoughts on “Top 10 Rarest Supercars You Probably Will Never See, Ever!”